YA Books about Books

YA Books about Books

For those who love to read books where librarians, bookstores and authors are at the center of it all, you’ll love this YA roundup that includes fantasies, romance and a bit of mystery.

Don’t miss our full list of books about books!>> 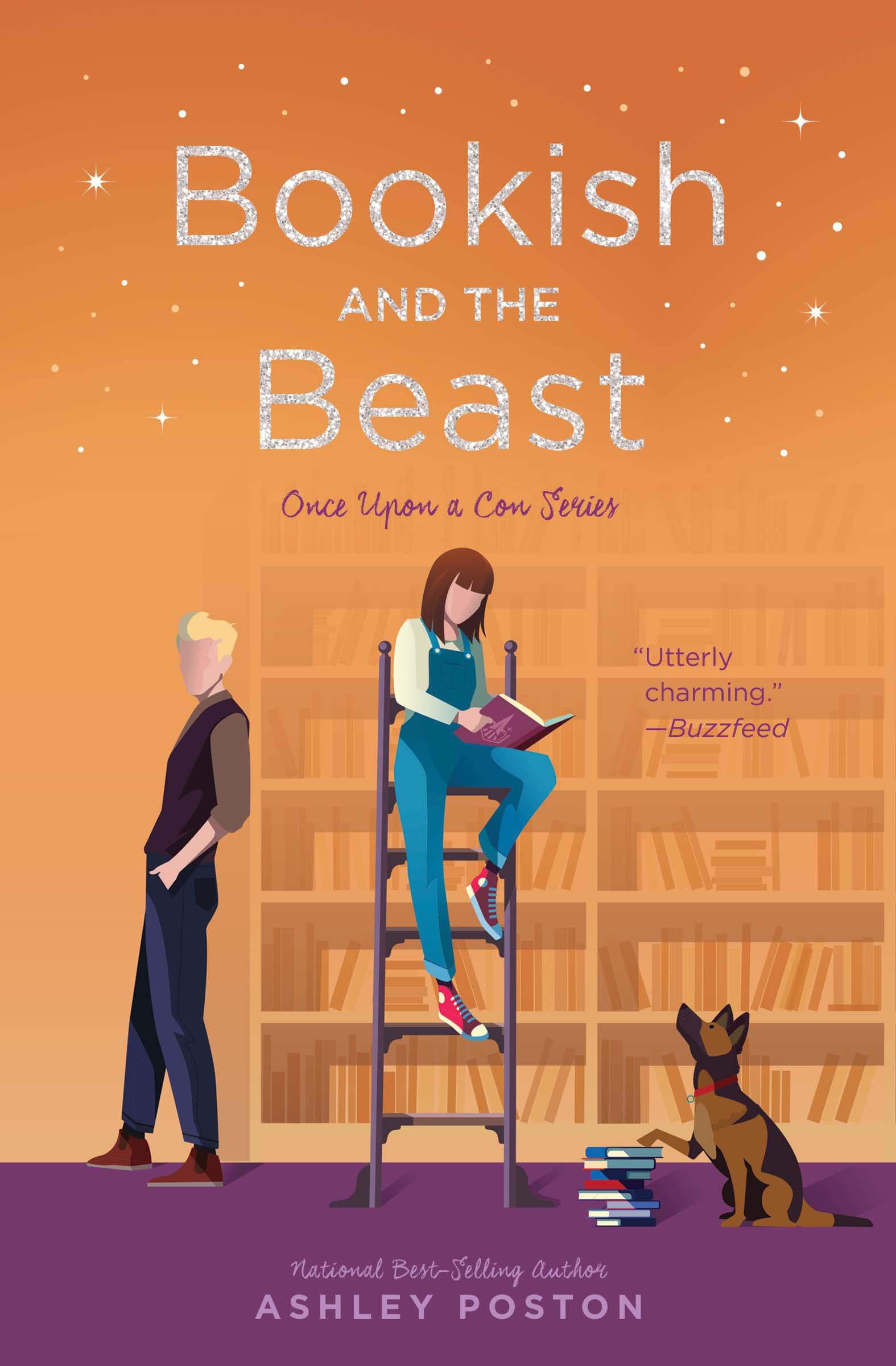 Bookish and the Beast by Ashley Poston

Stuck, that’s how Rosie Thorne feels about her college application essay. Mainly she’s stuck with grief over her mother’s death. The only peace she’s gotten is the library of rare books filled with Starfield novels, but even those they had to sell off to pay for hospital bills. When a rare book turns up destroyed, Rosie will work to repay the debt. And while most of Starfield’s superfans are excited about Hollywood royalty Vance Reigns, who is hiding out in their town, Rosie is not one of them. 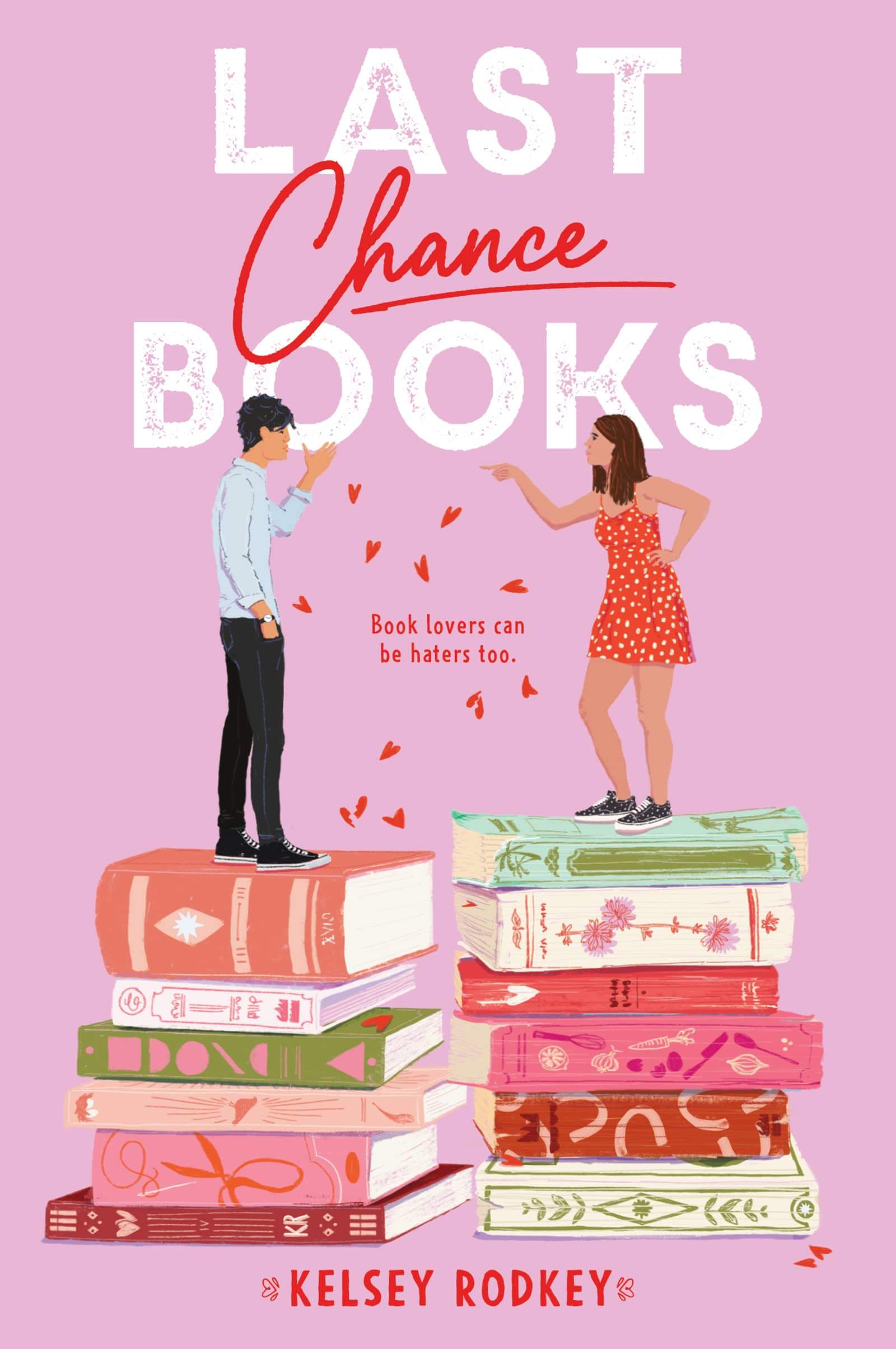 If it’s one thing that Madeline Moore loves, it’s the smell of old books in the morning. When she’s inside her family’s musty old bookstore, that’s where she feels like herself the most. Madeline’s especially excited to come back from college and take over the bookstore from her aunt. But her excitement is short-lived when a new chain of bookstores, Prologue, opens and threatens to put them out of business. Madeline sets out to save her store and take down the competition, Jasper, no matter how cute he is, or how much she thinks she’s falling in love. Besides, all’s fair in books and war. 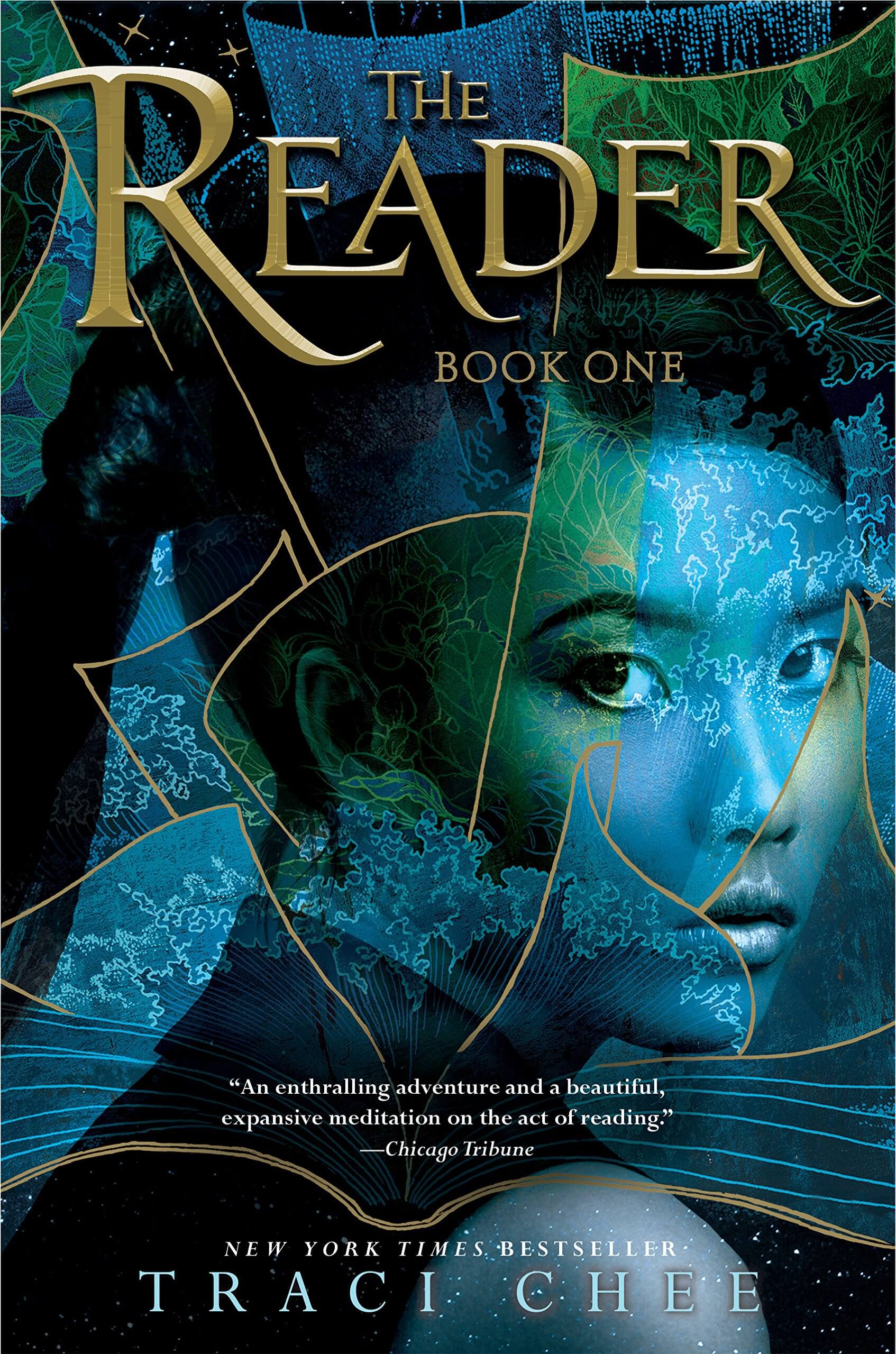 The Reader by Traci Chee

Sefia has had to do everything to survive. Living in the wilderness with her aunt Nin, after her father’s brutal murder taught her a lot. Nin shows her the ways of the wild: hunting, tracking and stealing. Then someone kidnaps Nin, leaving Sefia to defend herself and to discover who took her aunt. One clue leftover from her father might help: a book, an object that is foreign in her society. Unsure of what to do with it at first, Sefia, with the help of a mysterious stranger, uses the book to rescue Nin and gain answers behind her father’s death. 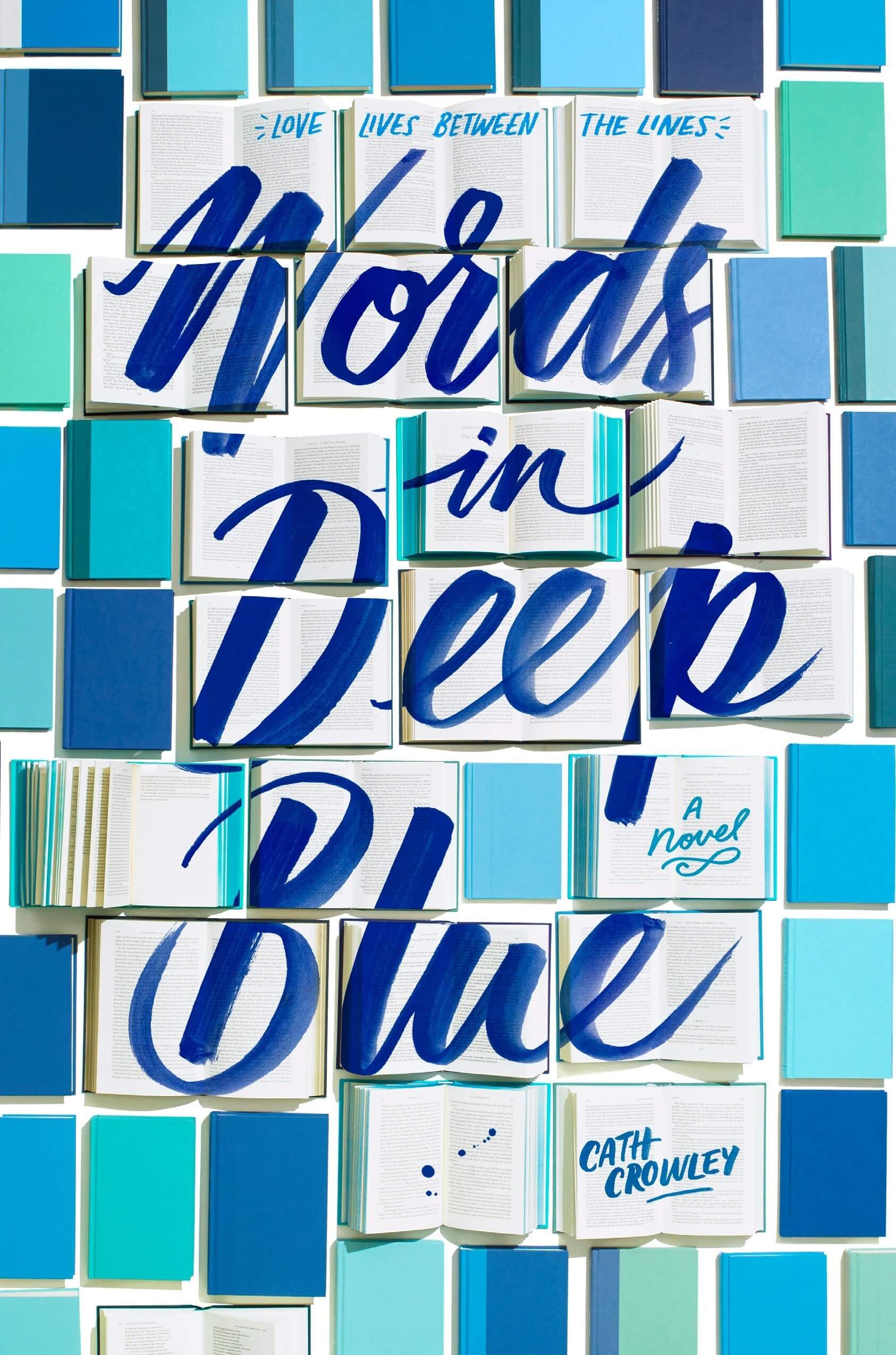 Since she could remember, Rachel had a crush on Henry Jones. But that all changed the day she moved and left him a love letter in his favorite book at the bookshop that his family owned. Henry never responded to Rachel’s letter, breaking her heart in the process. Years later, Rachel returns to the city and to Henry’s family bookshop. When she agrees to work there as a distraction from the recent loss of her brother who drowned months before, she’s also hoping never to see Henry again. But fate has a funny way of changing her and Henry’s plans. 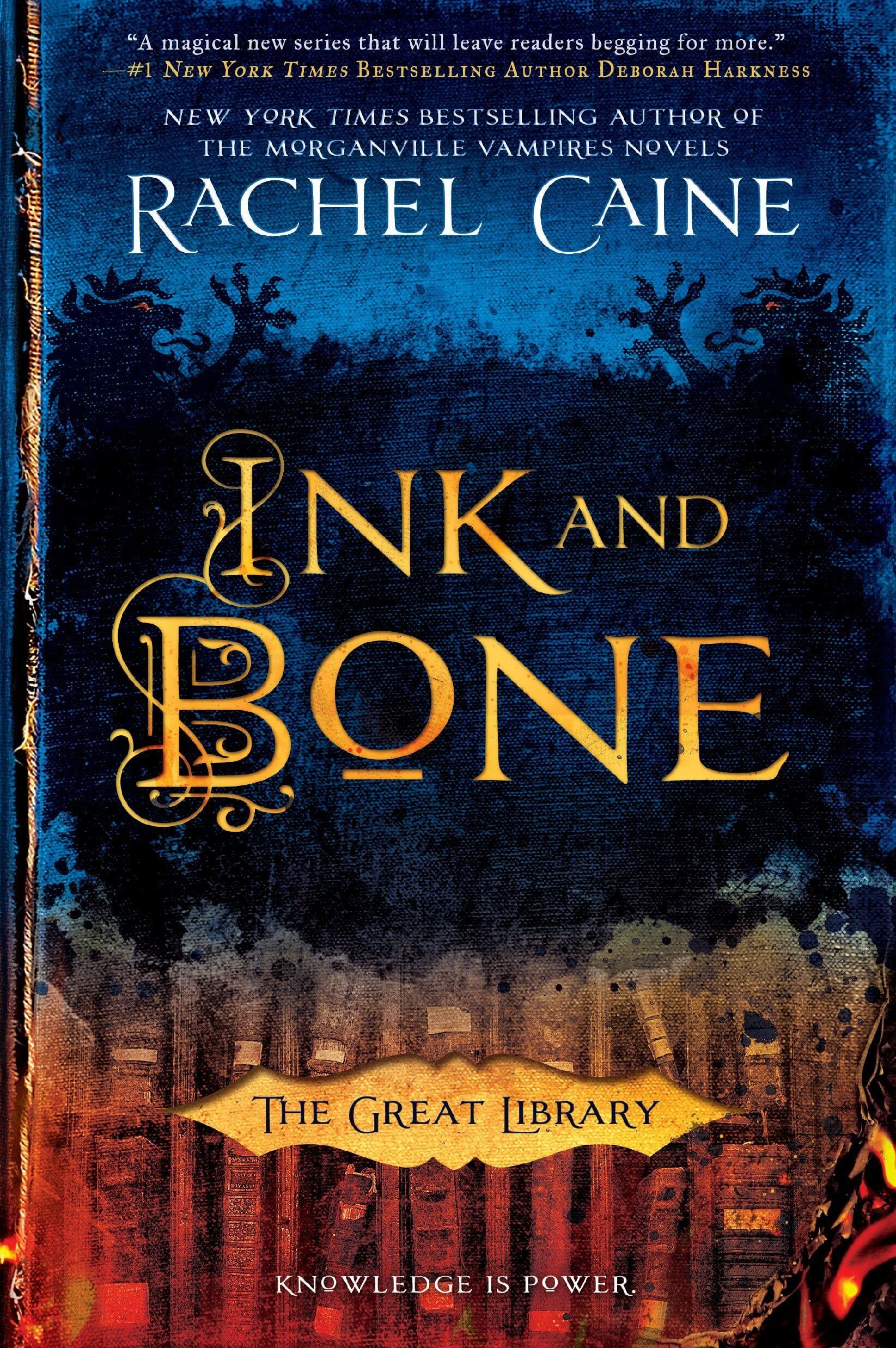 Ink and Bone by Rachel Caine

The Great Library is ruthless and supremely powerful, and it’s now in every major city, governing how much knowledge society has. The library can deliver the content, but it’s strictly forbidden for any citizen to have or own a personal book. Jess Brightwell wants to believe in the importance of the Library, but his knowledge comes from the illegal books his family owns. His family works on a thriving black market for books, and Jess is on a mission to spy on the Library and infiltrate it. Months before his training is complete, things start to get dicey for Jess, and his loyalty to his family gets tested heavily. Once he learns how the controllers of the Great Library value knowledge more than humanity, everything he has worked for might go up in flames. 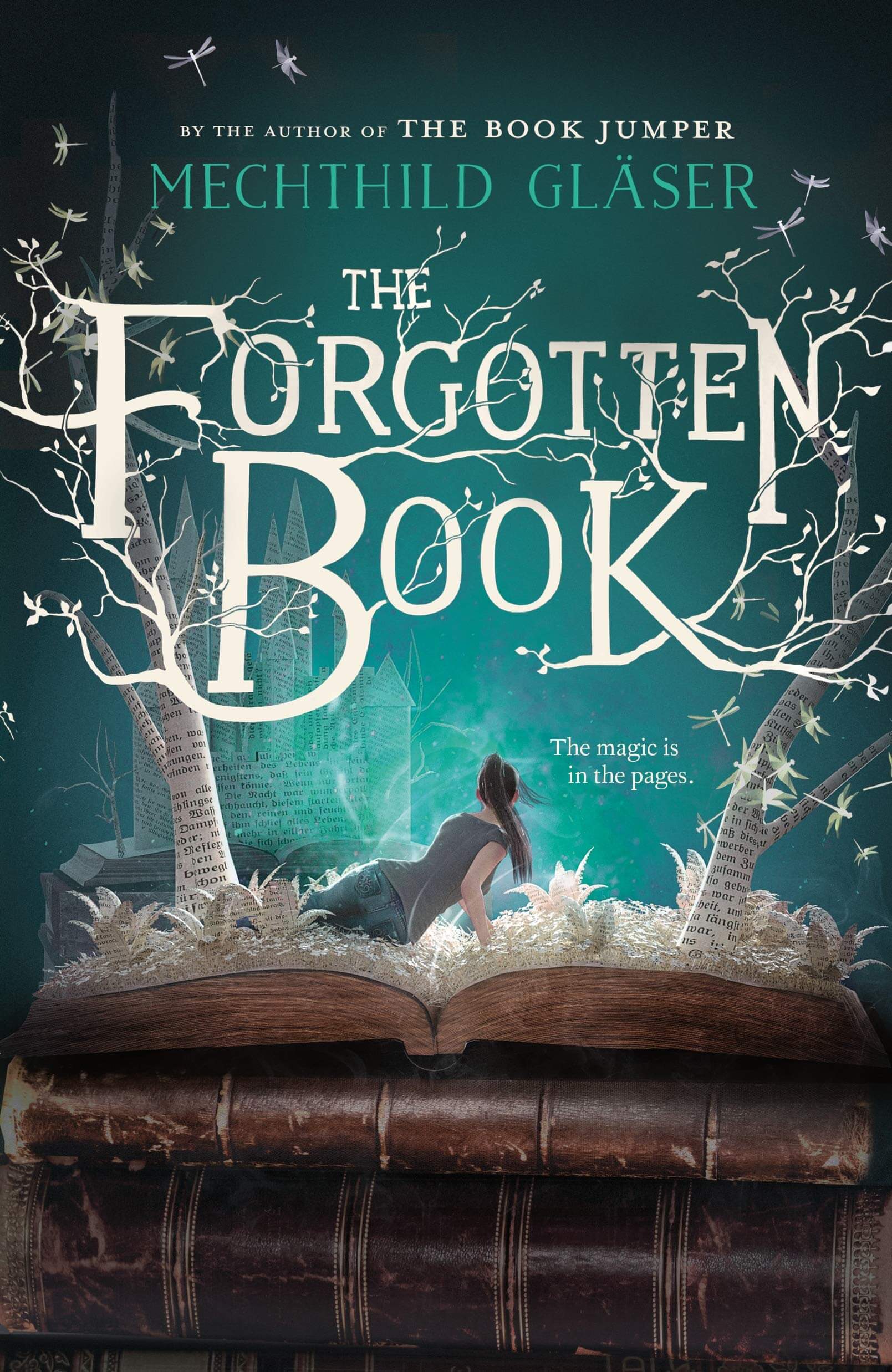 The Forgotten Book by Mechthild Gläser

Life is pretty seamless for sixteen-year-old Emma. Her father is headmaster at the prestigious boarding school she attends, and her words hold a lot of weight amongst her friends. Emma’s even confident she’ll be in a relationship with her forever crush. Little does she know things are going to turn up a notch. In an abandoned library, she finds an ancient book that will change her life forever. Emma’s luck grows because anything she writes in the book comes to life, yet for every action there’s a reaction, and Emma will soon learn the consequences of written requests. 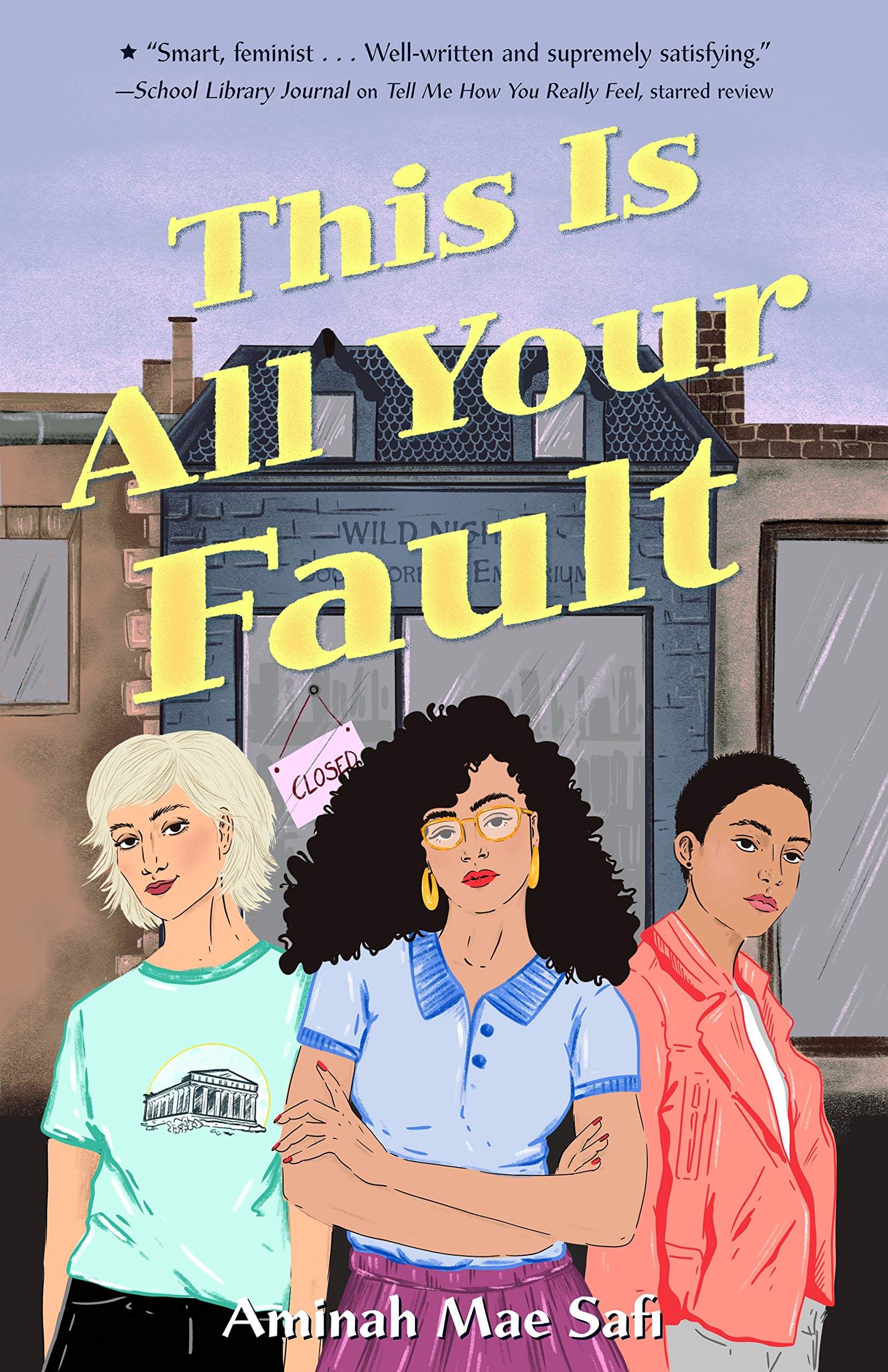 This Is All Your Fault by Aminah Mae Safi

Friends Rinn, Daniella and Imogen work together at Wild Nights Bookstore. Rinn Olivera is in love with her crush AJ, and she’s finally going to spill the beans. Daniella Korres secretly writes poetry, and Imogen Azar just wants to survive the day. When summer comes, the three hope that the hours will drift quickly by them as always, but the news of the bookstore closing shakes them all. And if they want to save their beloved bookstore, they’ll have to put aside their wants, desires and distractions to do something about it. 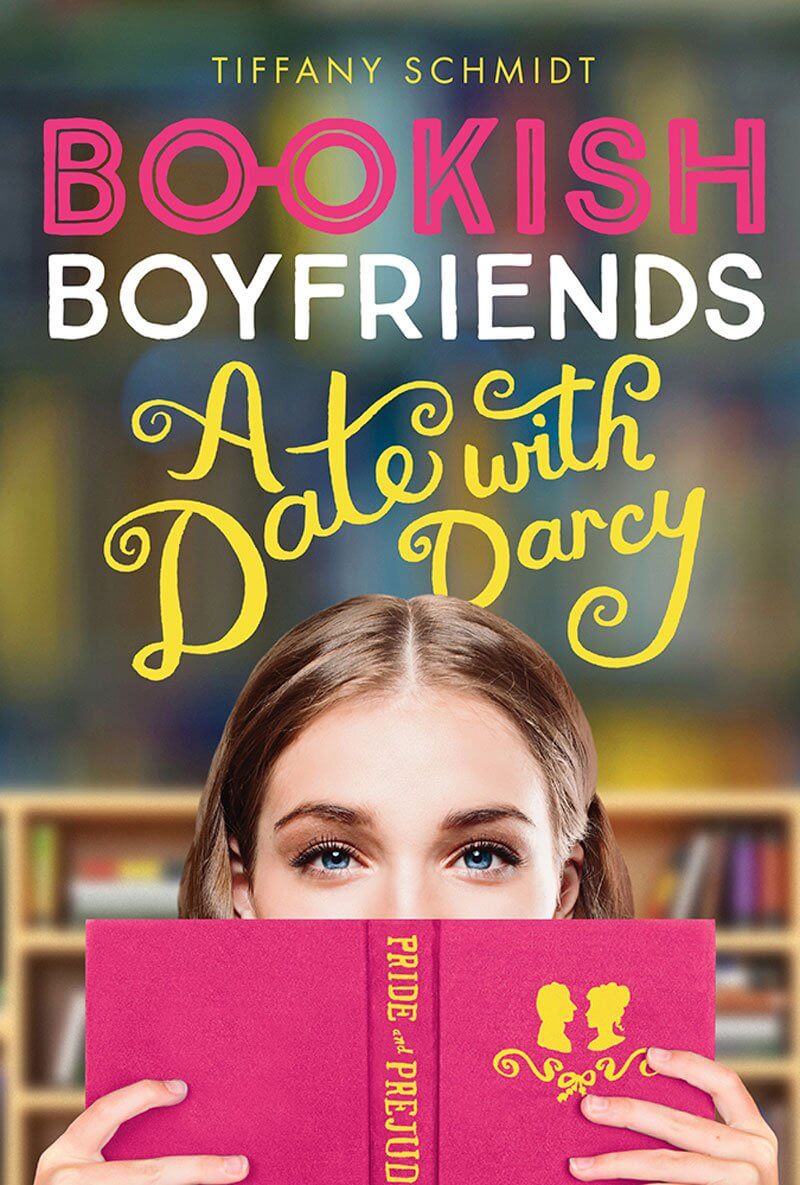 A Date with Darcy by Tiffany Schmidt

Fifteen-year-old Merrilee Campbell only thinks that boys and chivalry exists in books. She loves the idea of heroes and when she, along with her younger sister Rory and her best friend Eliza, are new students at Reginald R. Hero Prep, Merri is secretly thrilled. This new school has boys who all looked as if they stepped off the pages of her favorite stories. She can’t walk across campus without bumping into a Romeo lookalike. And one boy, Monroe Stratford, a complicated and brooding teen who wants Merri to be his Juliet, pulls out all the stops for her. But as she continues to work her way through her literature books, she’ll learn to take control of her story. 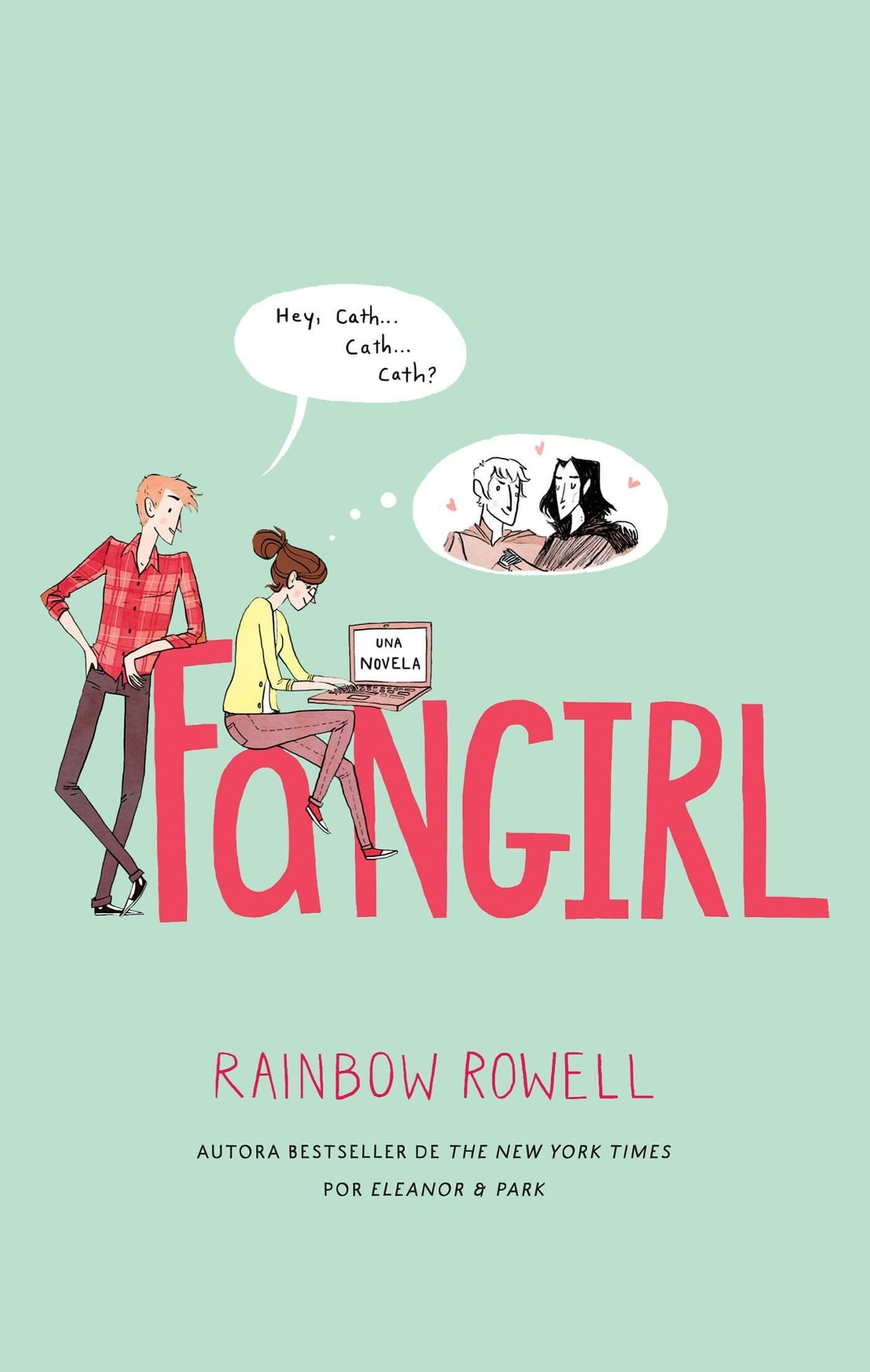 To say that Cath is a fan of Simon Snow is an understatement. She spends her time reading and reading, writing his fan fiction and more. Since she was a kid, that’s been the story of her and her twin Wren’s life. But now, the two are off to college, and Wren wants to go her own way and forge a new path. For Cath this is a disaster, as she’s long become comfortable hiding behind her fanfiction stories and living through her writings. Cath will need to learn to stand on her own and come out of her shell to shine brighter than she imagined. 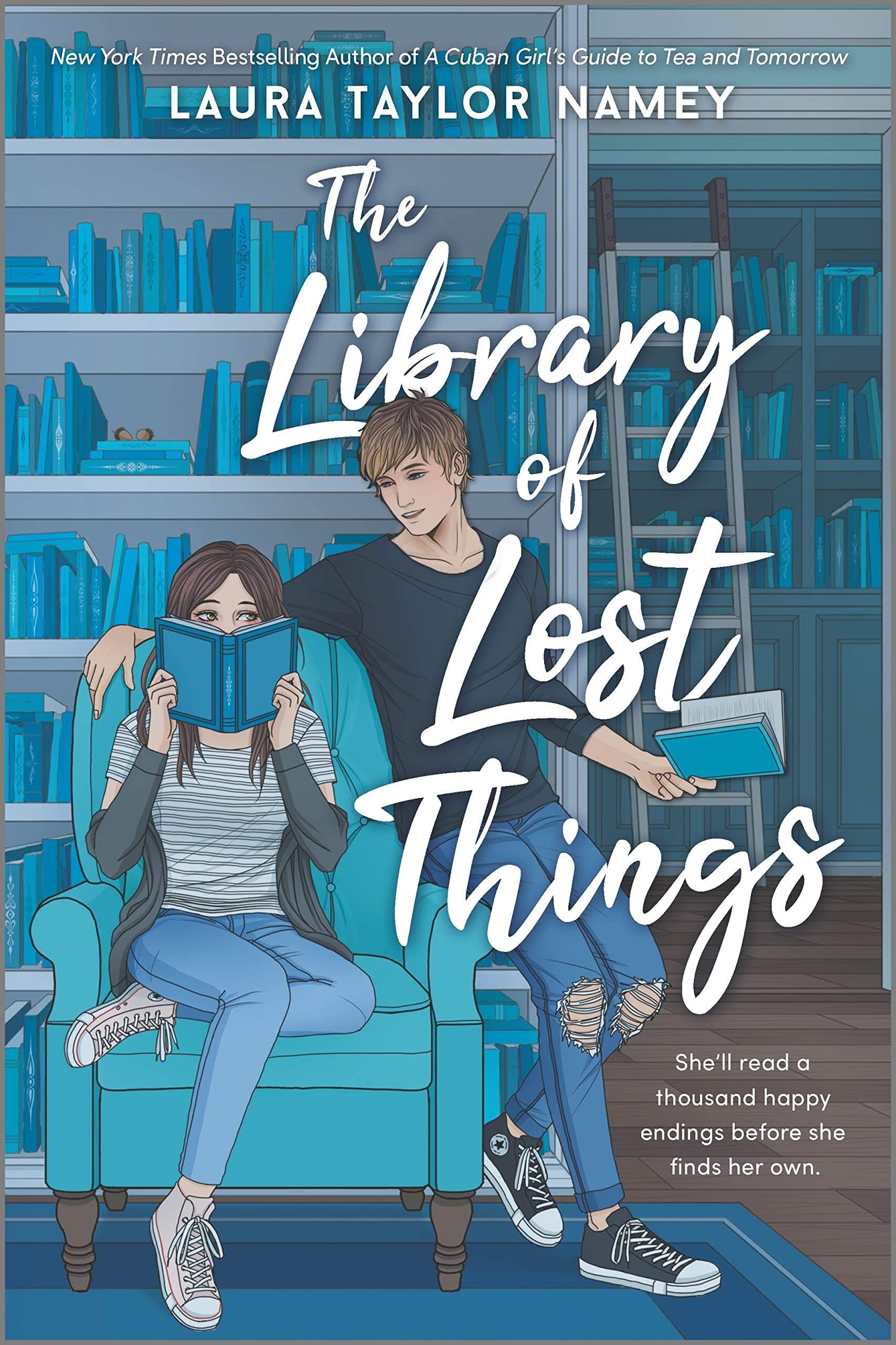 The Library of Lost Things by Laura Taylor Namey

Darcy Wells has lived all of her life in books. It’s her method of avoiding reality and her mother’s hoarding and compulsive shopping habits. When her home is in jeopardy due to a new property manager being hired, Darcy is concerned for her future. But a distraction outside her books just walked into the bookstore, changing Darcy’s life. Now she’ll have to step out from behind her books if she wants to experience the fairytale endings she’s always read about.

Here are 28 books about books, libraries, and bookshops>>