If you’re looking to escape into an alternate reality, there’s no better way than with a good sci-fi book. These reads will allow you to travel to faraway places and you let your imagination run free. Take a look at our picks for 10 must-read Young Adult Science Fiction books of 2021. 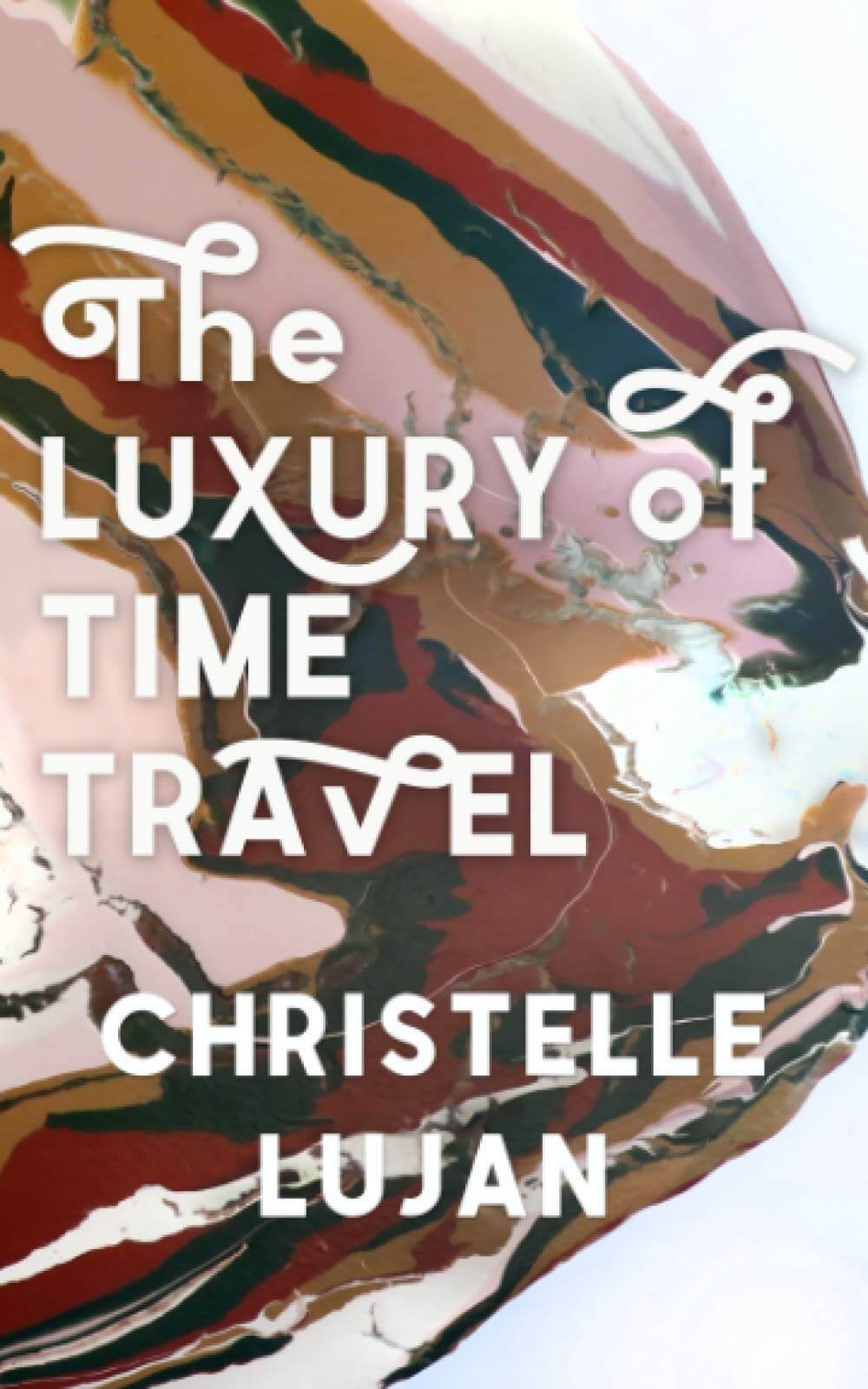 The Luxury of Time Travel by Christelle Lujan

As teenagers, Gabe and London make an accidental discovery that separates them and completely changes their lives. Fast forward ten years and the two meet again in an ambiguous commune in Arizona. The mission of this group is to find a way for all humans to time travel. By being in tune with the consciousness of their being, they can tap into the power of traveling through time with their own memories. Although London and Gabe don’t always see eye to eye, they find common ground through this new capability. But when they face another disaster, London must choose which life to live. 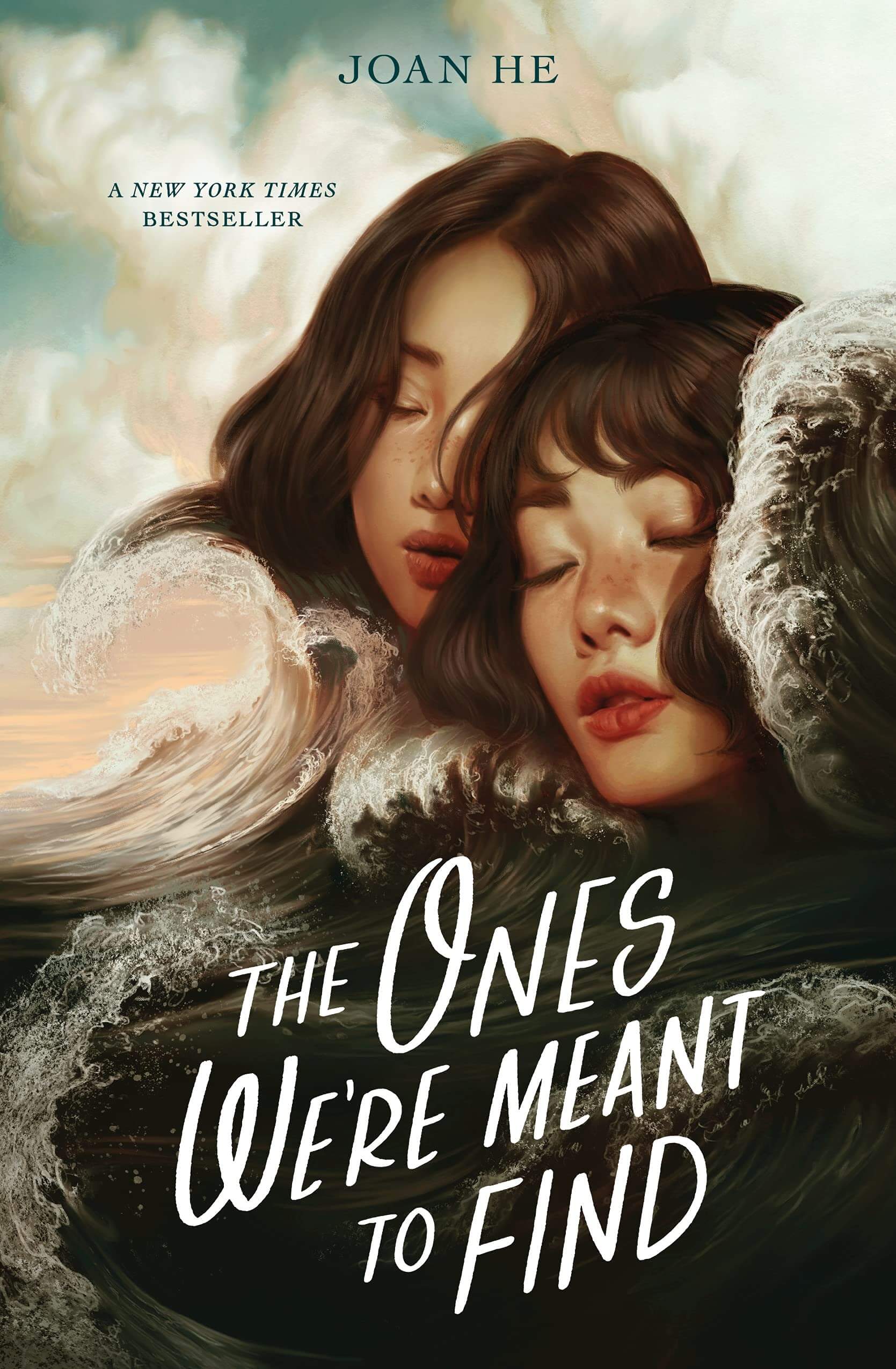 The Ones We’re Meant to Find by Joan He

For the last three years, Cee has been living on an island and has no clue how she got there or even one memory of her past life. All she knows is she has a sister named Kay, and she’s willing to travel across the ocean to find her. On another part of the planet, two sisters face separation when extrovert Celia leaves the eco-city that has been designed to protect people from climate change, natural disasters, and pollution. Even though sixteen-year-old Kasey doesn’t mind living life in isolation, she is desperate to reunite with her sister. As worlds collide, the bonds of sisterhood will be tested to the limits. 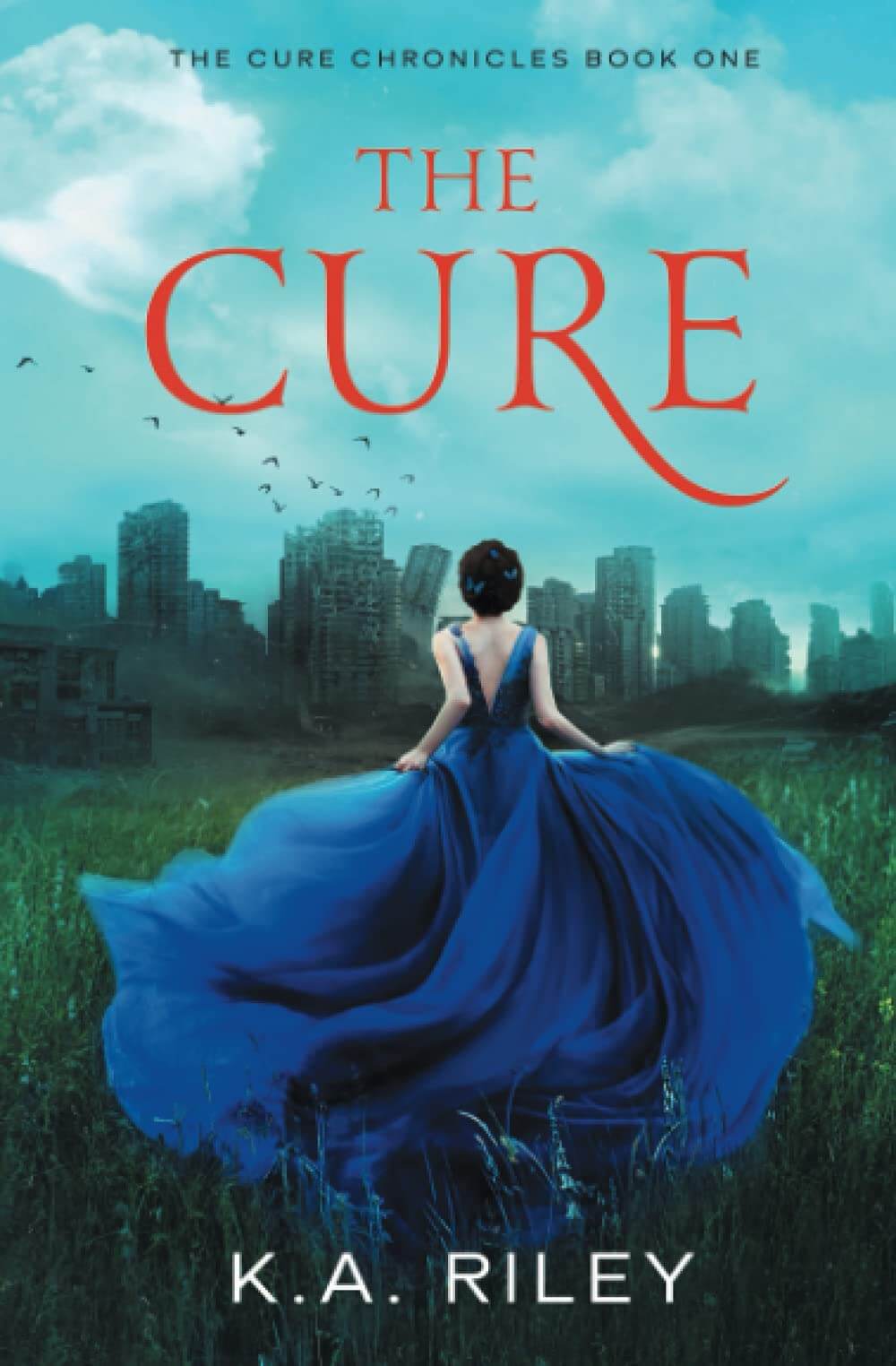 It used to be that teenagers got excited about venturing into adulthood. But that was before the Blight. Now on their seventeenth birthdays, adolescents are guided to Arc, where they must work for an entire year to prove that they are worthy. If the secret society named the Panel decides that you are deserving, you’ll be given the Cure; if you’re not approved, imminent death awaits. When Ashten is assigned to live out her twelve months doing chores for a wealthy family, she’s immediately smitten by the son. But as time goes on, she realizes that this is not the life she wants and is ready to create her own cure. 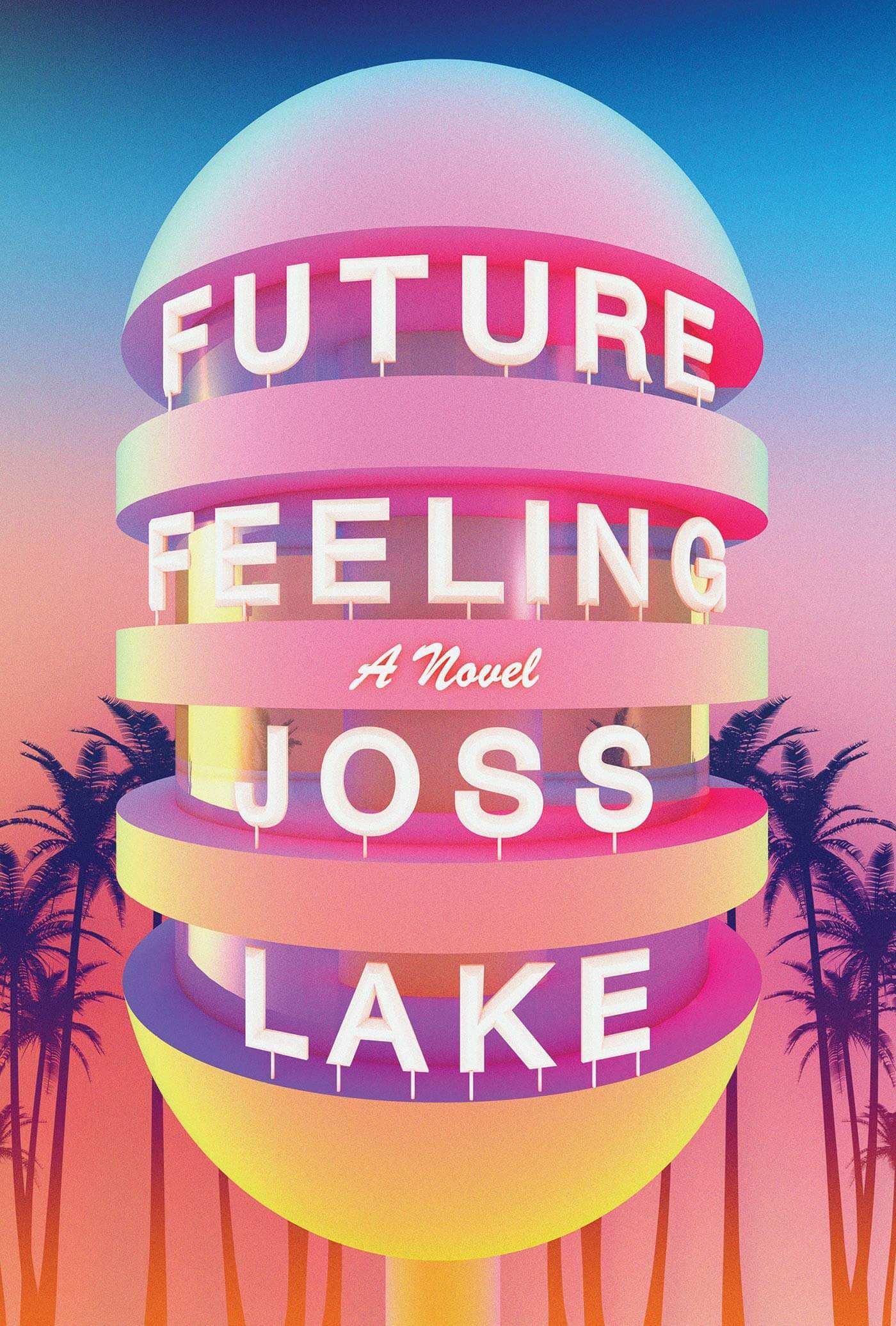 Penfield is in a funk. He spends his time obsessing over Aiden, a fellow trans man who has seamlessly found his way into society by becoming an influencer. Jealous and spiteful, Pen and his roommates decide to hack his Instagram and put a hex on him. But things go terribly wrong, and the curse ends up bypassing him and affecting Blithe, an innocent trans man. Desperately trying to resolve the situation sends them into the unknown territory of the Shadowlands, where all of their lives could be in jeopardy. 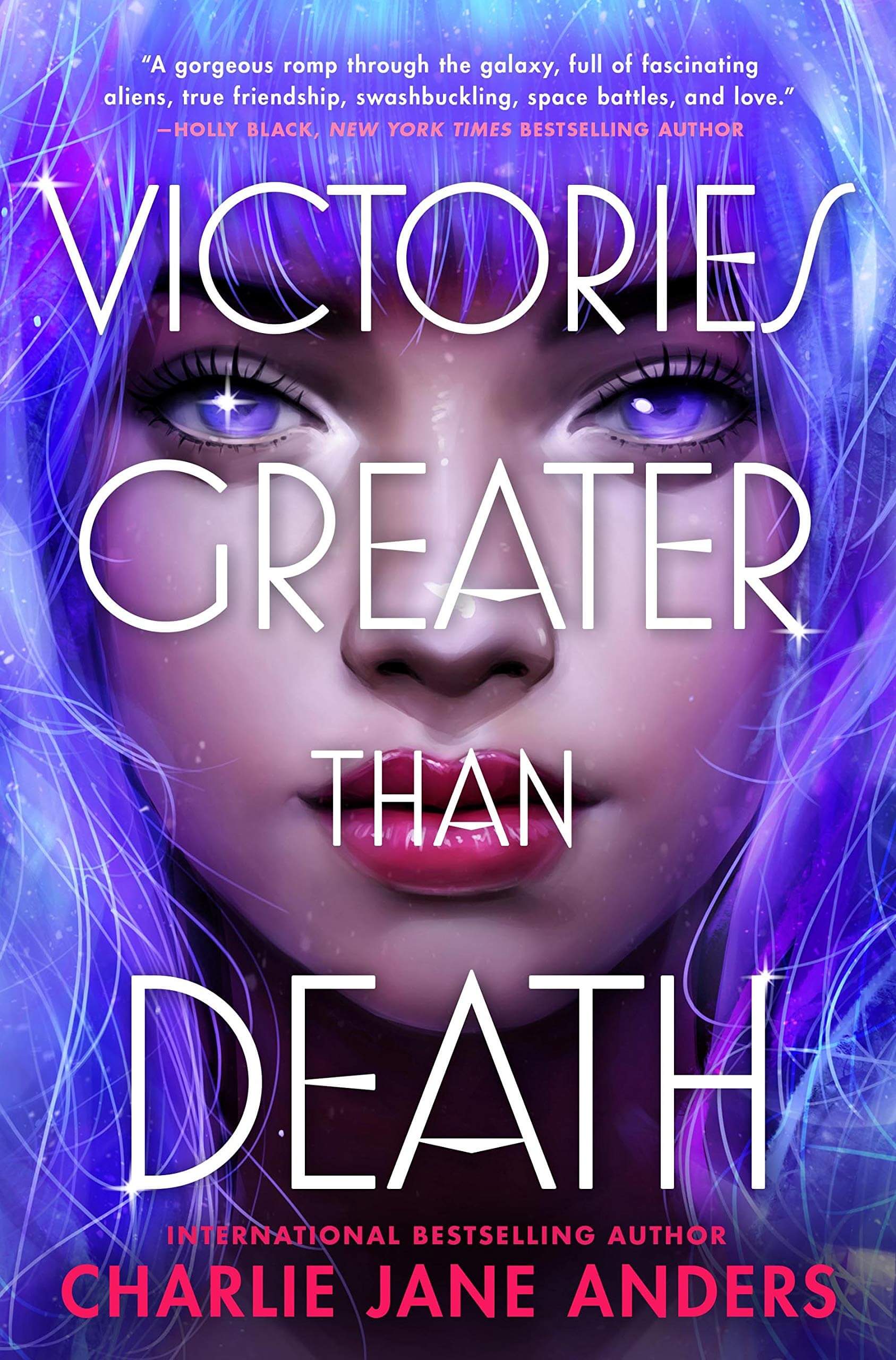 Tina never worries about her future because she is about to inherit a beacon that once activated, will give her power to save all of the worlds. Disguised as a human, Tina is actually a cloned alien hero, so navigating the galaxy will be a breeze for her. But when the beacon finally activates, Tina is in for a surprise when she realizes that this is not going to be just some simple flight through the stars. As danger sets in, Tina starts to panic because she’s not prepared for what’s to come. With the help of her friend Rachel, she forges ahead, determined to conquer evil one world at a time. 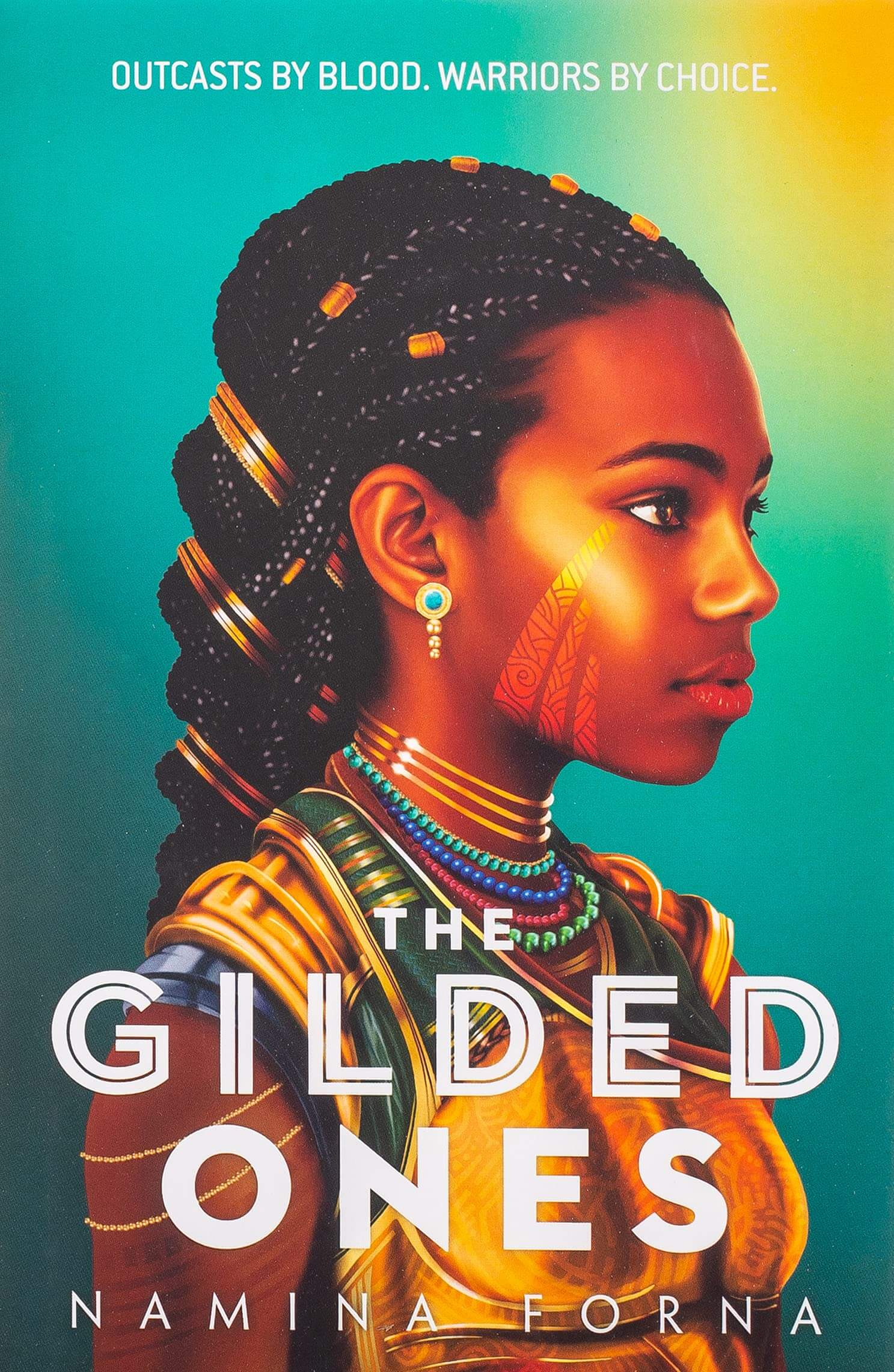 The Gilded Ones by Namina Forna

At just sixteen years old, Deka can’t stop thinking about the upcoming blood ceremony that will decide her fate. With her strong intuition, she already feels like an outcast, but is hoping to bleed red to stay in the only home she’s ever known. So when her blood runs gold, Deka knows her fate is sealed and will certainly be killed. But when a mysterious woman appears and offers her an alternative that entails joining an army of girls just like her to fight the empire, she accepts the invitation. She full well fears the danger that awaits, but also knows that this is her only chance for survival. 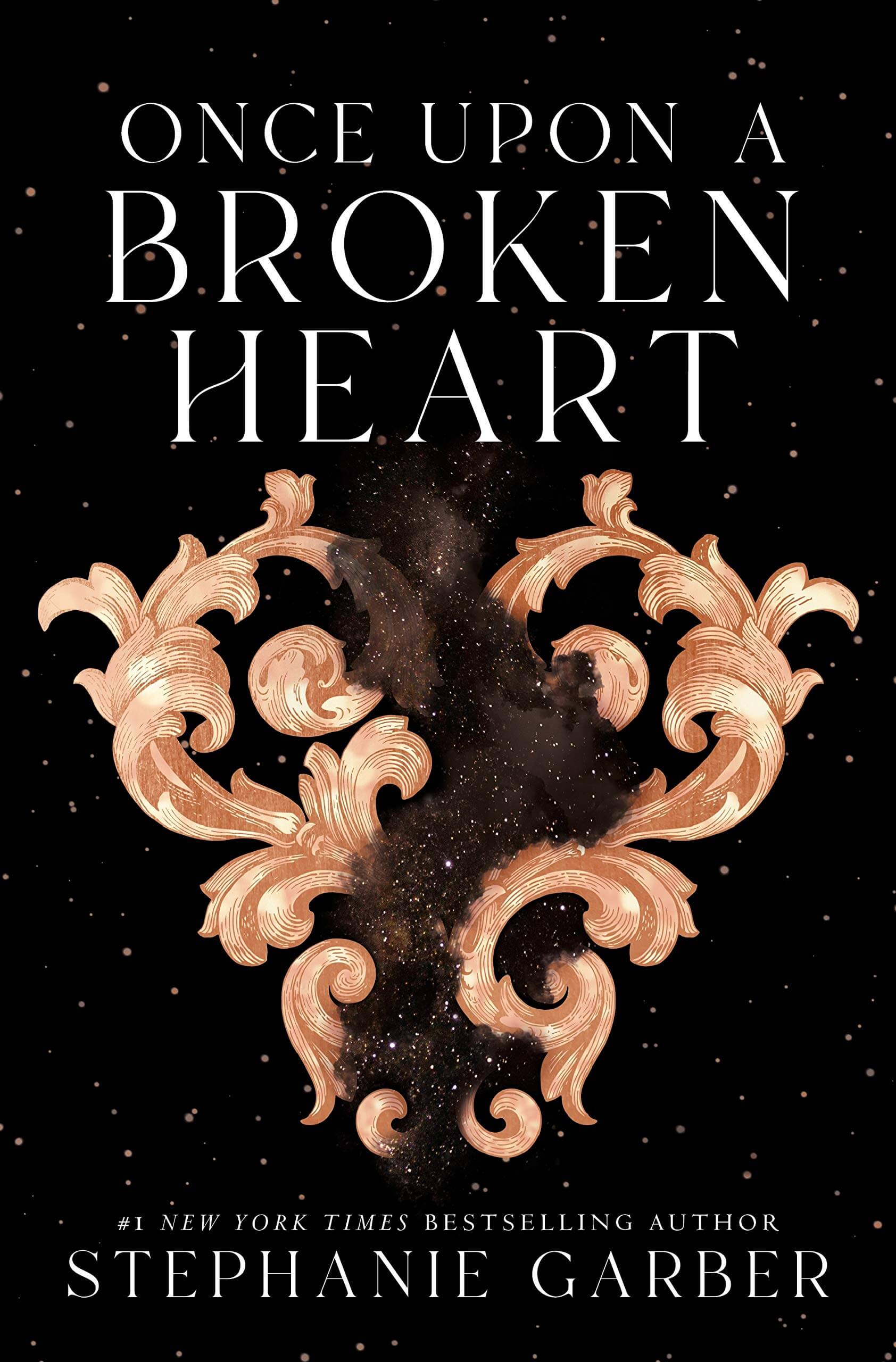 Once Upon a Broken Heart by Stephanie Garber

Evangeline is a hopeless romantic and always fantasized that she would end up with the man of her dreams. But when he’s set to marry someone else, she is devastated. Determined to stop the wedding and mend her broken heart, she seeks solace in the immortal Prince of Hearts. He offers to help, as long as she agrees to kiss him three times, whenever he chooses. Although hesitant to make this deal, she decides to, hoping for her fairytale to finally come true. But this prince has a wicked side, and Evangeline will soon find out that not every love story has a happy ending. 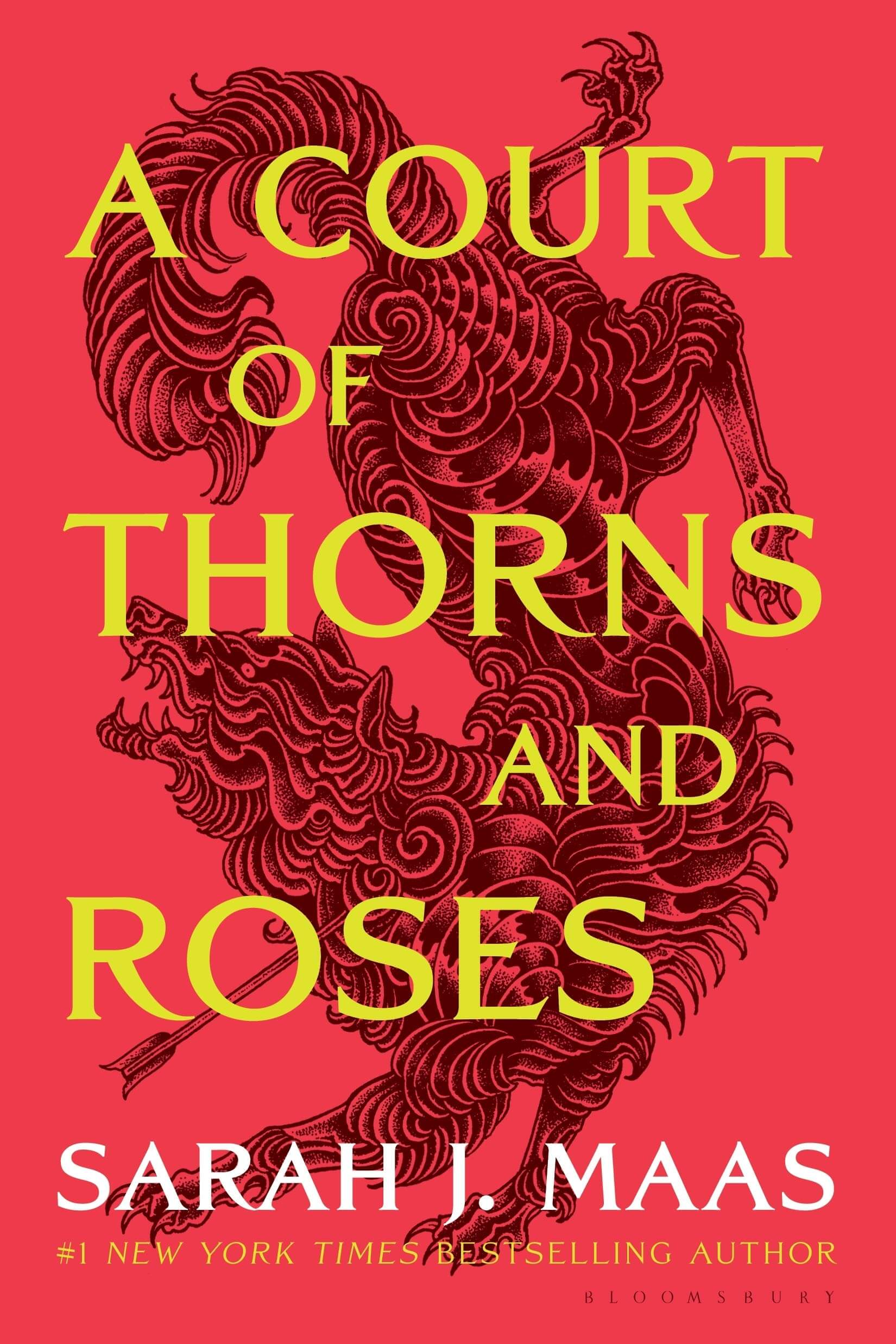 Feyre is nineteen years old when she slays a wolf in the woods, not concerned about the consequences. But when a creature comes looking for revenge, she finds herself being exiled to a treacherous place that she had only heard about through stories. When she learns this beast is a shapeshifter, she realizes that he is also the immortal faerie named Tamlin who once ruled her world. As she adjusts to her life on this mysterious land, she also starts to soften toward Tamlin. But in the back of her mind, she knows she can’t let her guard down. Something sinister is lurking in the shadows and she must find a way to stop it. 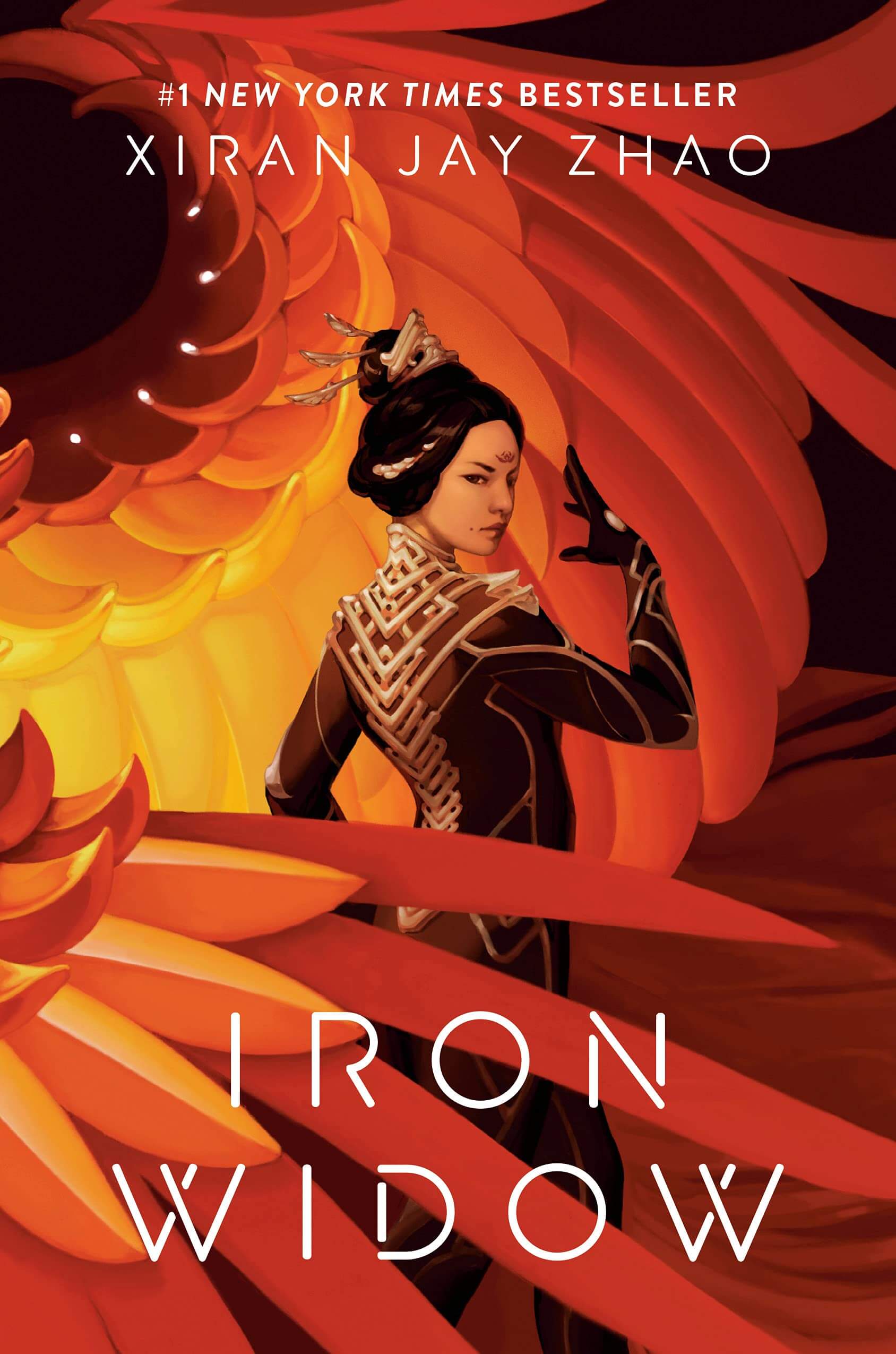 Even though most of the girls end up not making it back alive, the boys of Huaxia are unbothered and dream of partnering with them to defeat the mecha aliens. Eighteen-year-old Zetian is up for the challenge, and volunteers to pilot up with the boys. Little do they know that her ulterior motive is to kill the male pilot who is responsible for her sister’s death. Through mind control and psychic ability, she annihilates the boys and takes over the cockpit. Determined to hold onto her power, this Iron Widow makes it a mission to use her talents to put a stop to more young girls being sacrificed in the skies.

Here are 13 YA books like Children of Blood and Bone>> 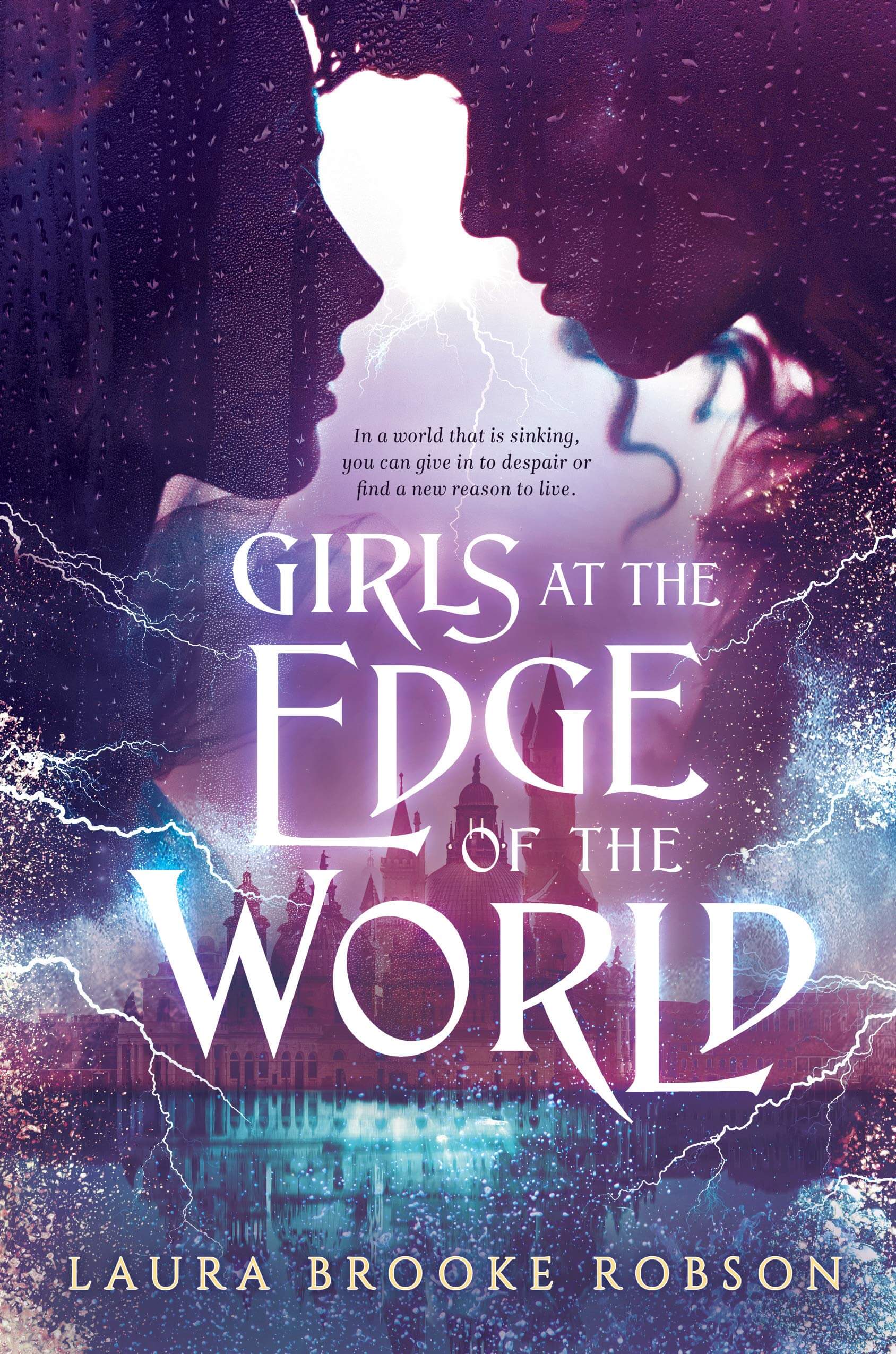 Girls at the Edge of the World by Laura Brooke Robson

With the world as they know it coming to an end by flood, only a select few will be chosen to be part of the new world. Although the Kostrovian royal court has safely secured a pass onto the new planet, the Royal Flyers have no such guarantee. This group of aerialists is determined to do whatever it takes, even if that means Natasha has to cozy up to Prince Nikolai. However, she’s completely unaware that her group member Ella is more concerned about going to war than heading to a new world, and fears she is about to ruin all of their chances at survival. 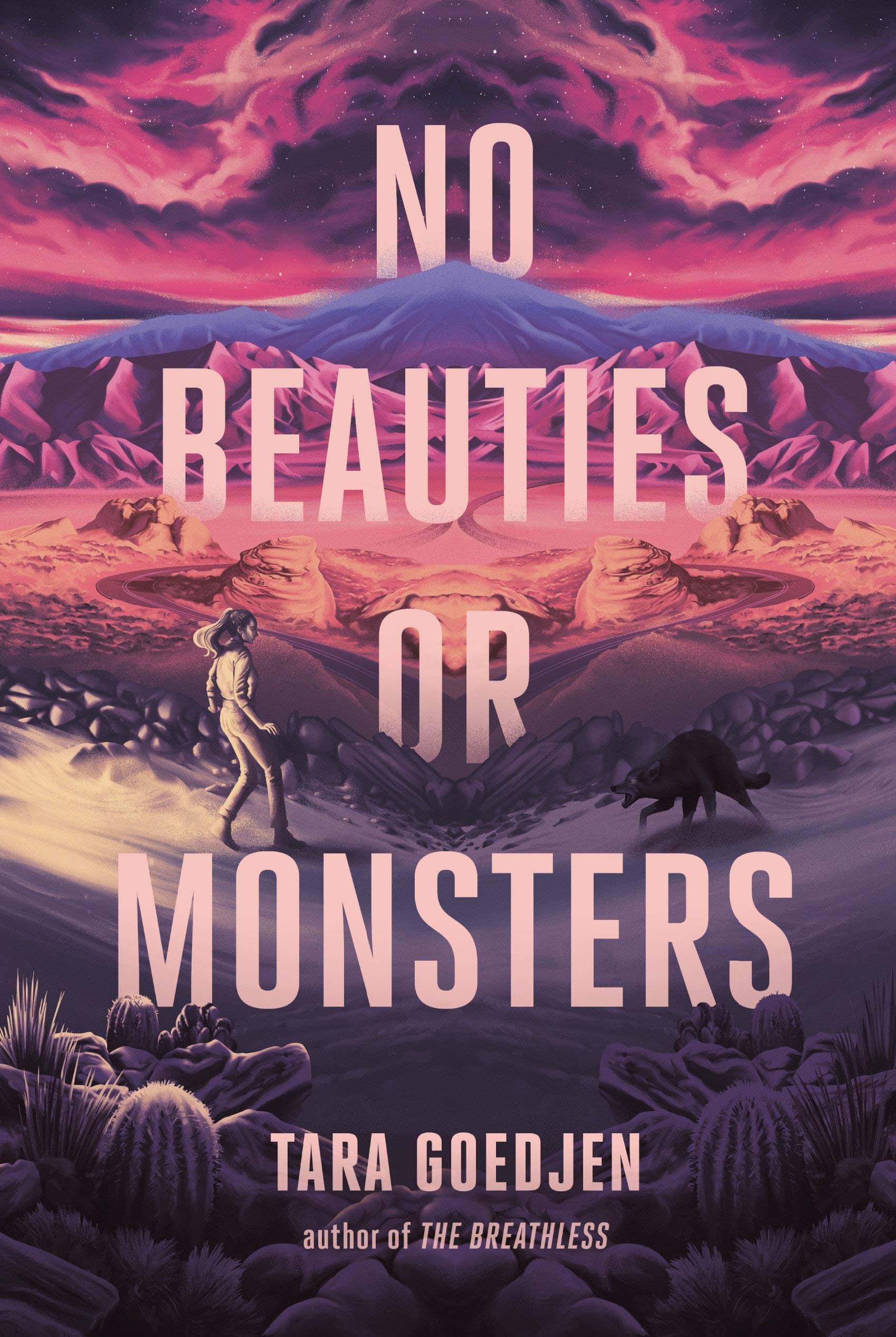 No Beauties or Monsters by Tara Goedjen

Rylie hasn’t been back to the Twentynine Palms military base since her father dies, but with her mom’s new job, their family has returned but nothing is the same as she remembers it. Her old friends are there to welcome her home though, except Lily who has vanished into the desert. The whispers about a serial killer on the loose aren’t the only terrifying thing, Rylie’s vision of horrendous monsters are just as frightening. Somehow, it all seems to be tied to her grandfather and the family cabin he left behind. Are the monsters she’s seeing real, or is Rylie the most dangerous thing to be frightened of? 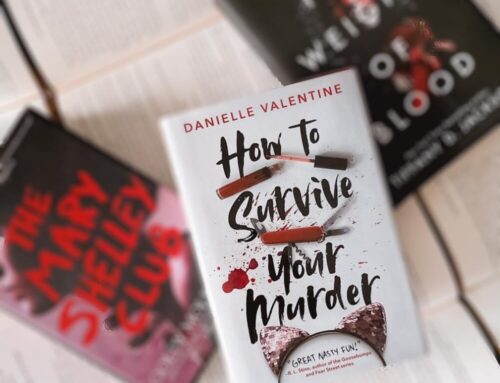