The best romantic sci-fi novels of 2018

The best romantic sci-fi novels of 2018

Before 2018, I had read a little sci-fi romance, but this year it became a fully-fledged obsession – I just can’t get enough. But a romance set in space isn’t enough sci-fi for me; what I am really after is an alien hero. The complete culture clash between an oftentimes human heroine and an alien hero creates the perfect mix of humor, danger, adventure and romance-against-the-odds. It challenges societal expectations of what is labeled as beautiful. These are the best romantic sci-fi novels of 2018. 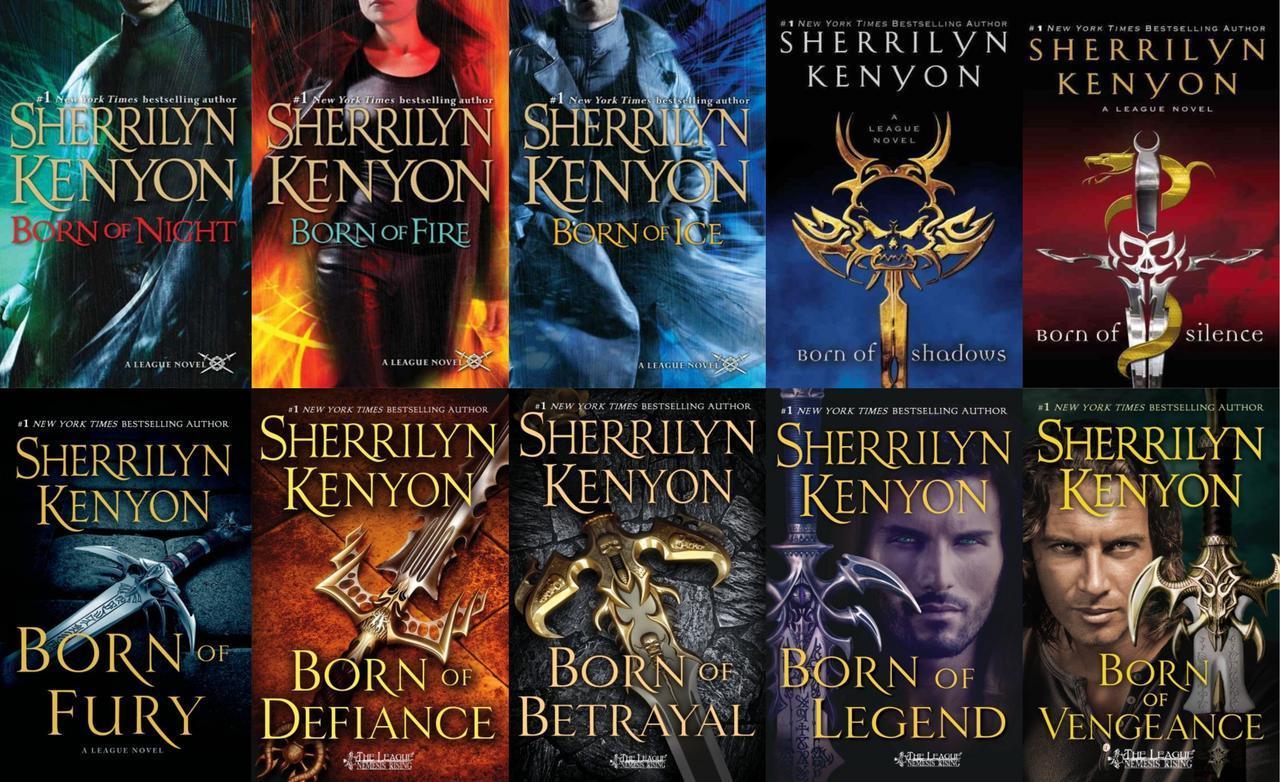 The League series by Sherrilyn Kenyon

Sherrilyn Kenyon is a huge name in romance mostly known for her Dark Hunter paranormal romance series, which tells the tale of her immortal warriors. But it isn’t her paranormal romance I adore, it’s her sci-fi. Kenyon shows us the underbelly of the universe, a place populated with killers, criminals and the corrupt. But not everyone in the universe is evil and heroes rise from the most unlikely of places. This series is perfect if you like your romantic heroes to have wounded souls and be steeped in darkness and danger. 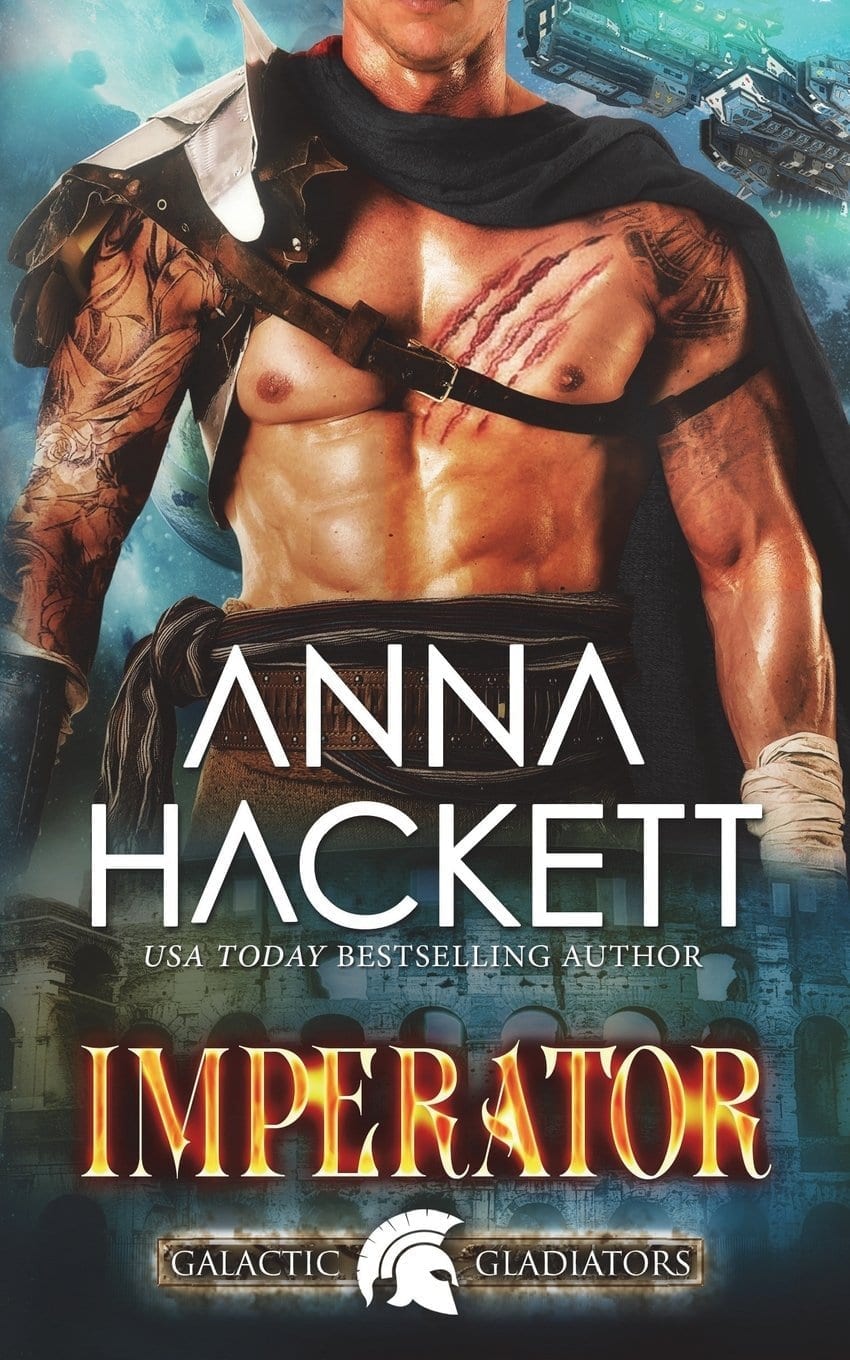 The last book in the Galactic Gladiators series – Imperator – was released this year, bringing this rollercoaster of a book series to an end. This book is what would happen if Gladiator met a sexy sci-fi romance and then had a baby together. You can expect an action-packed storyline involving the gladiators working together to save some human slaves and bring down an underground fighting ring. Of course, the gladiators fall helplessly in love with the women they rescue. This isn’t just a story about big strong alien men saving the poor helpless human women though. What I loved most about this book is how resilient and capable the heroines were. Whether they were skilled warriors or not, they each found a way to fight for themselves. 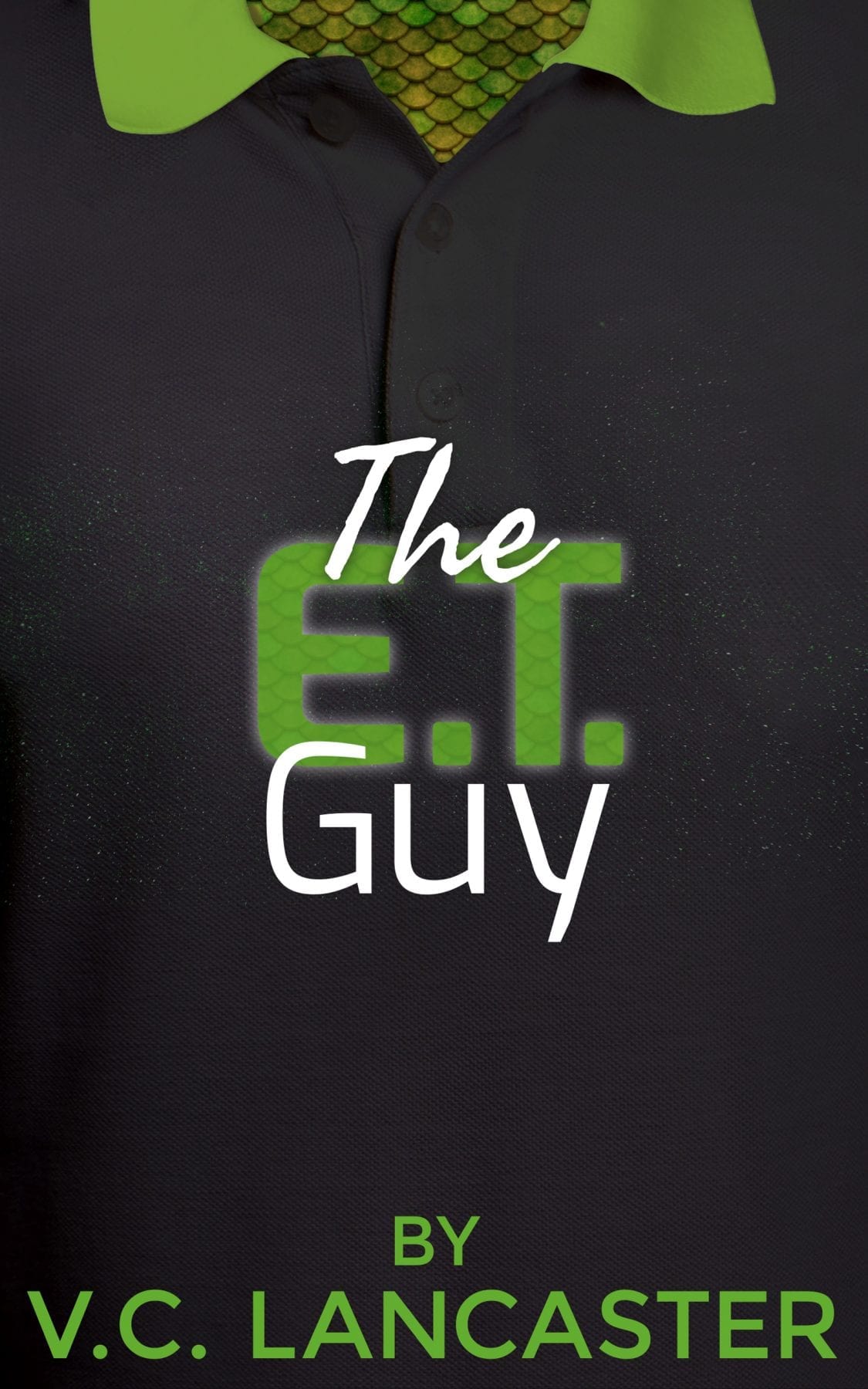 V.C. Lancaster has taken a unique perspective in her Office Aliens series – an office romance series with a twist. Aliens are coming to Earth as refugees and some have taken office jobs in the Department of Extra-Terrestrial Immigration (DETI). So, what happens when aliens are in the office? These books are fantastic as they show the massive culture clash between humans and the alien refugees. These romances are both sweet and deep with funny consequences and some heart-breaking tragedies. 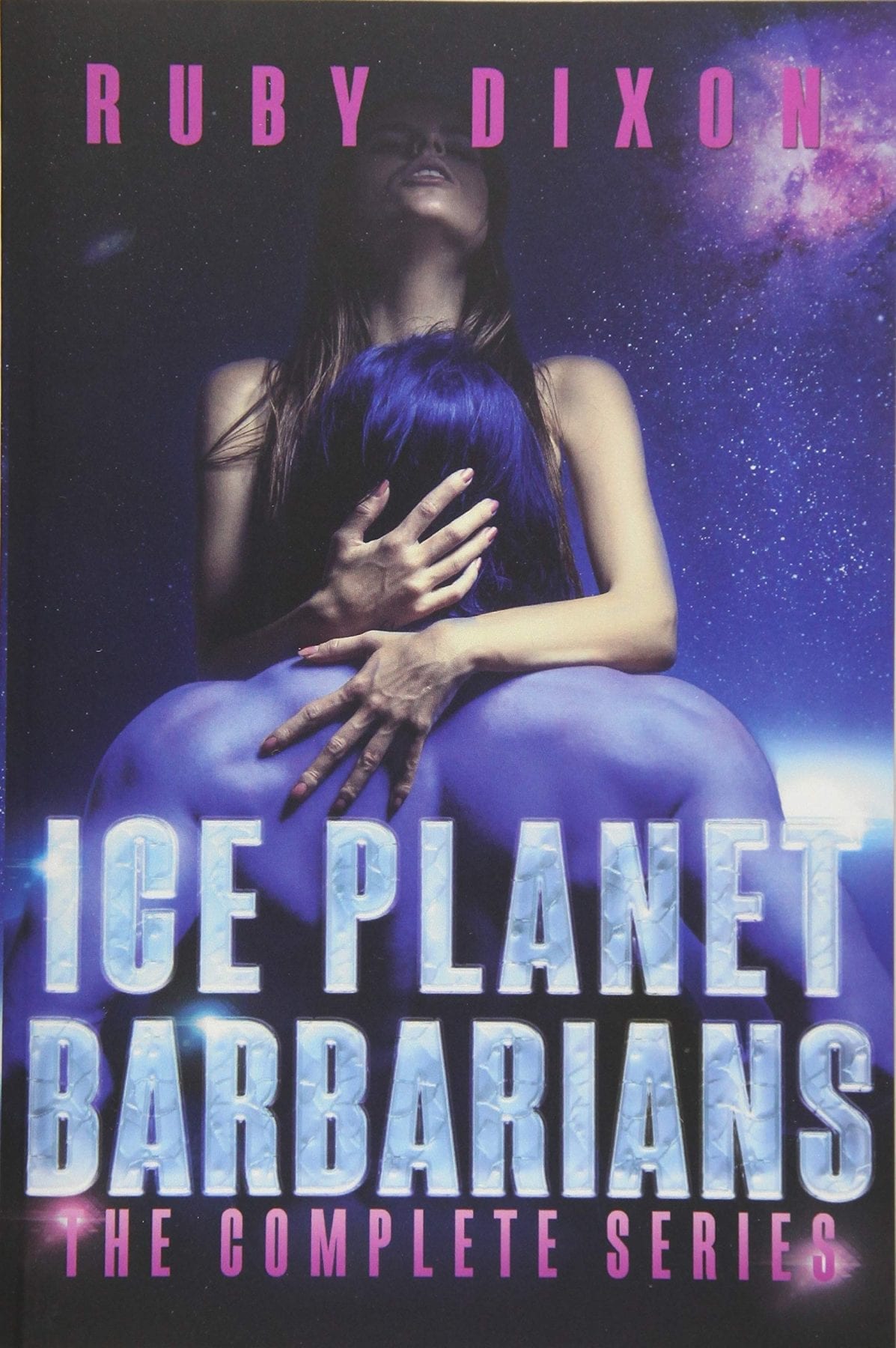 If there was one person to blame for my obsession with sci-fi alien romance it would be Ruby Dixon. She introduced me to her Sa’Khui, blue-skinned, horned and tailed aliens and I haven’t been the same since. These romance novels are fairly low conflict “fluffy” reads, but I love them! 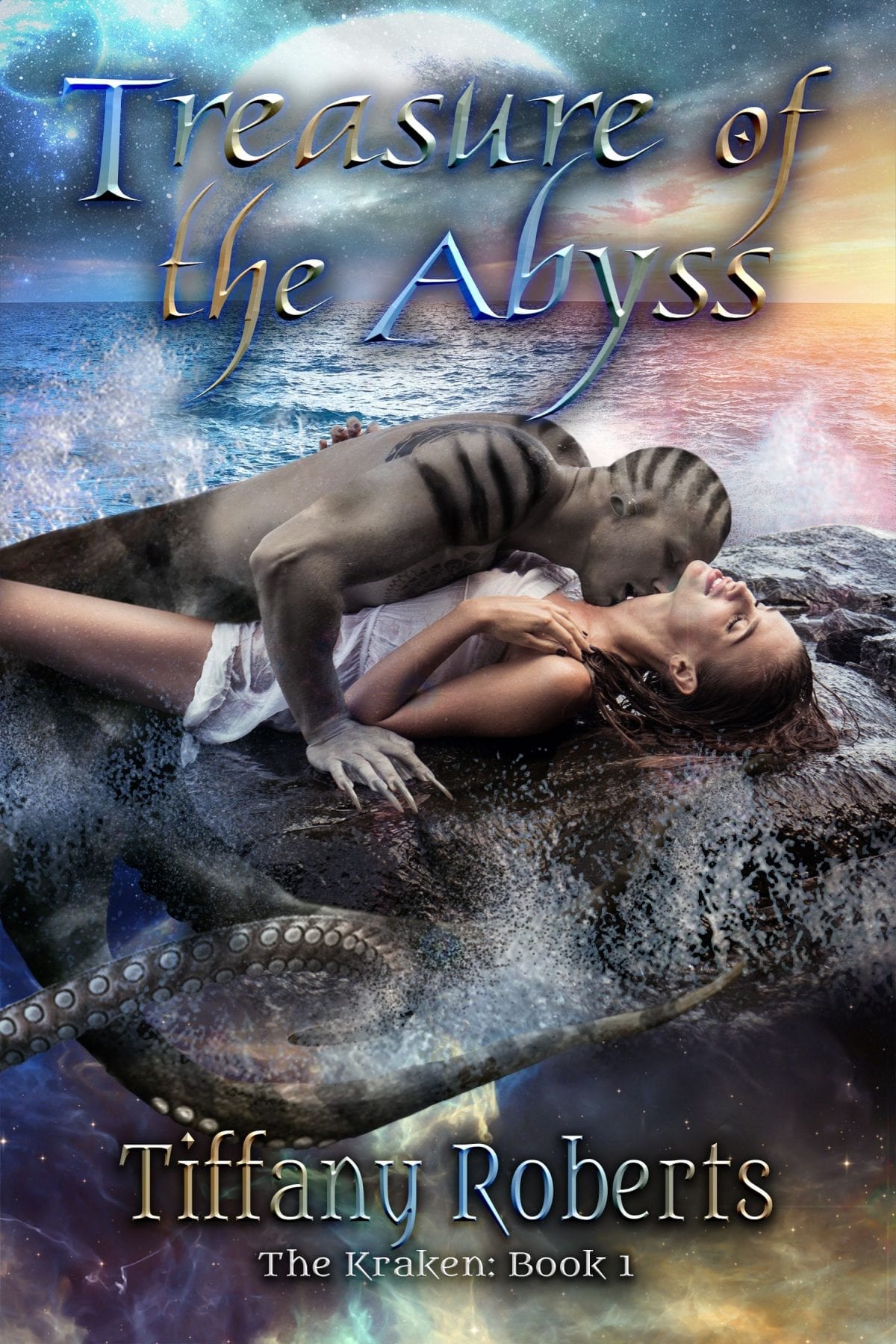 The Kraken series by Tiffany Roberts

Tiffany Roberts is actually a husband and wife writing team and their The Kraken series has really captured my interest. In this series, humans created a new race, the Kraken, who have the upper torso of a human but the lower body of a cephalopod (a.k.a. tentacles). The Kraken rebelled and killed their human keepers and have been living happily under the sea for hundreds of years; humanity has forgotten about them. Until of course a kraken and a human woman fall in love. I know tentacles instead of legs is a big sell, but putting that aside, these books are great. Not only do we have a great romance, but we get to watch both human and Kraken society try to adapt as the two races try to live and work together. 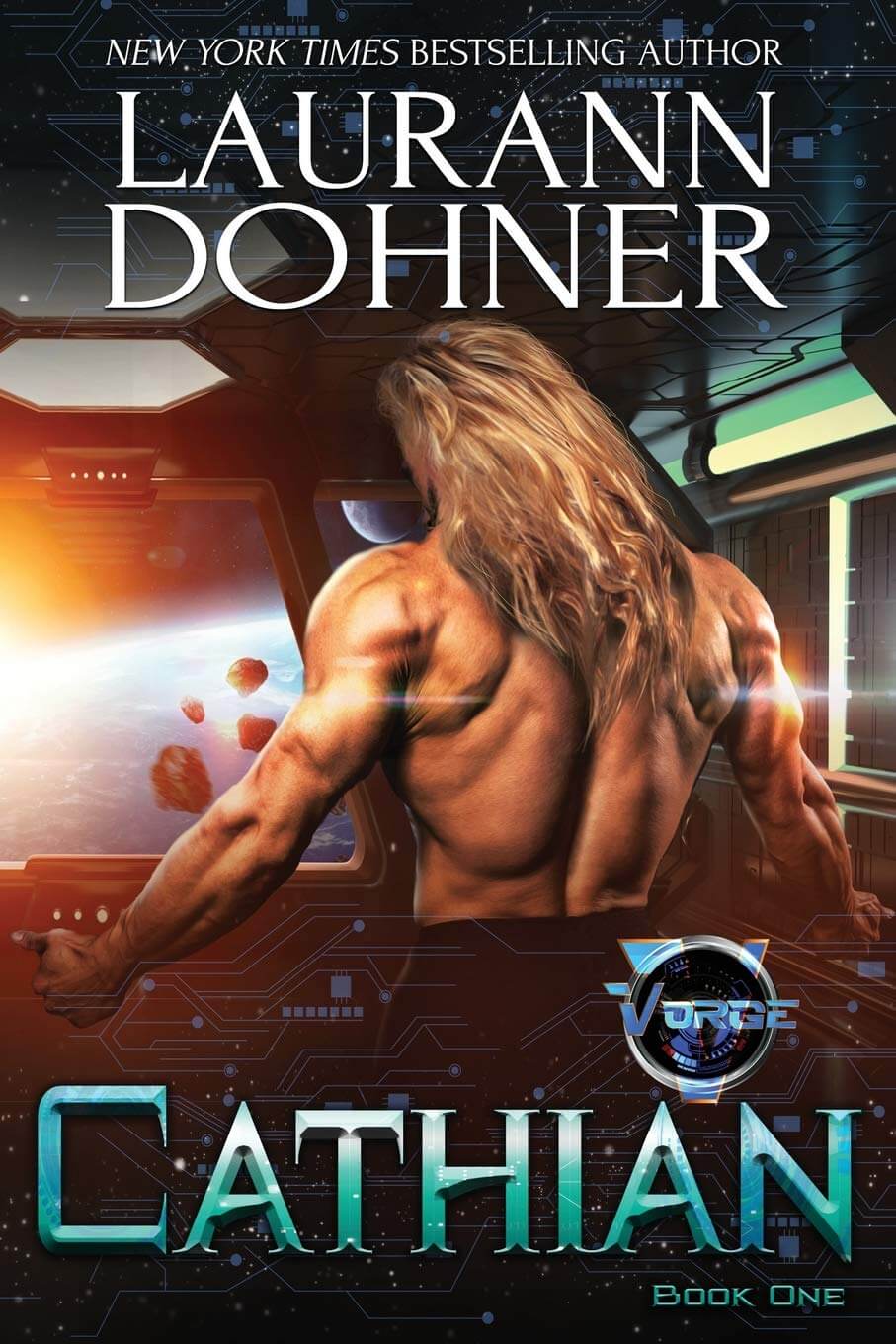 Laurann Dohner’s latest addition to the world of sci-fi is her Vorge Crew series. Set aboard the spaceship Vorge, we get to settle in and watch as crew members find love. These stories are short but packed full of sexy action and romance – perfect if you want a quick but heartwarming read. 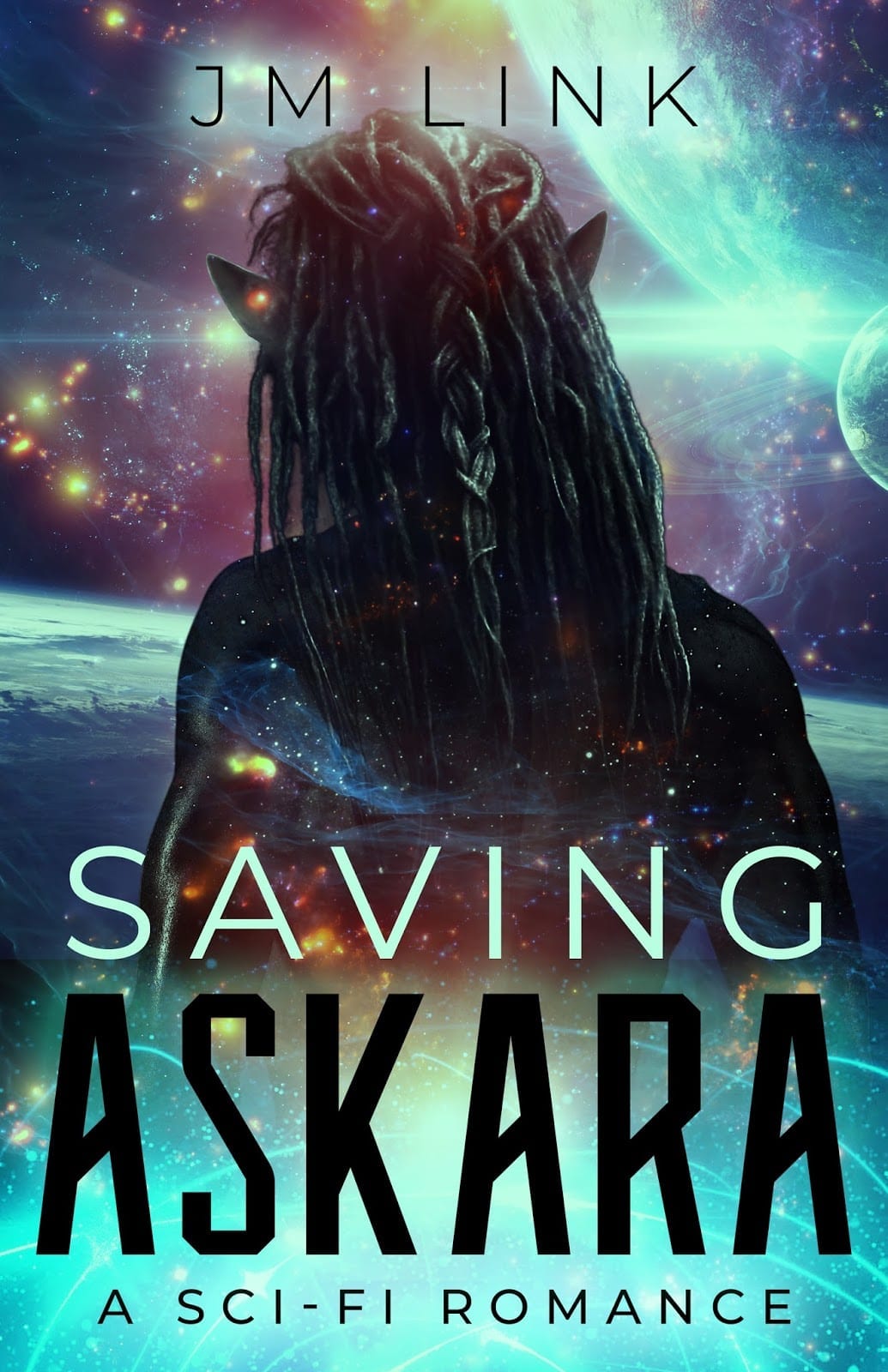 Have you ever watched any of the Predator films? If you’ve ever wondered what a sci-fi romance would be like with a slightly more humanoid version of the predator then this is the book for you. Or perhaps it was only me who wondered that… ? The Askari is a mostly solitary and aggressive race, but they are on the brink of extinction and wondering if humans could help them win the war killing their people? Humans are soft, clearly not warriors, but they are resourceful and plentiful. Saving Askara and the second book in the duology, Chasing Earth, tells an unconventional romance as two very different people find themselves falling in love. 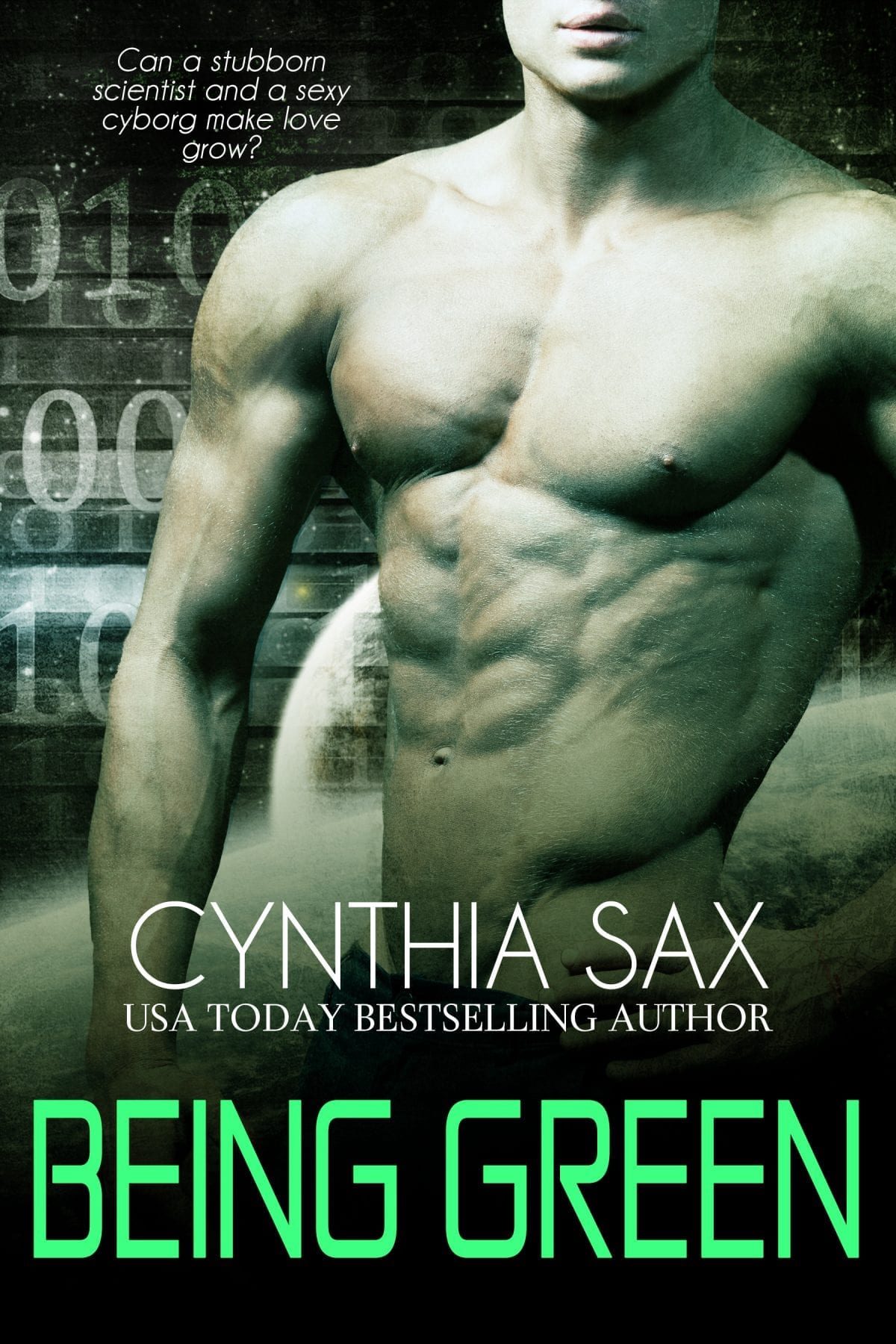 I can’t do a sci-fi romance best-of list without including at least one book or series that has cyborgs in it. Half-machine, half-human cyborgs are being ruthlessly and cruelly used by the Human Alliance in their bid to conquer the galaxy. The Human Alliance doesn’t seem to know or care that the cyborgs they torture and kill at a whim have a conscious and personalities of their own. And they are angry. The cyborgs rebel and in doing so they can start searching for the women who are their perfect match and finally know a loving touch. 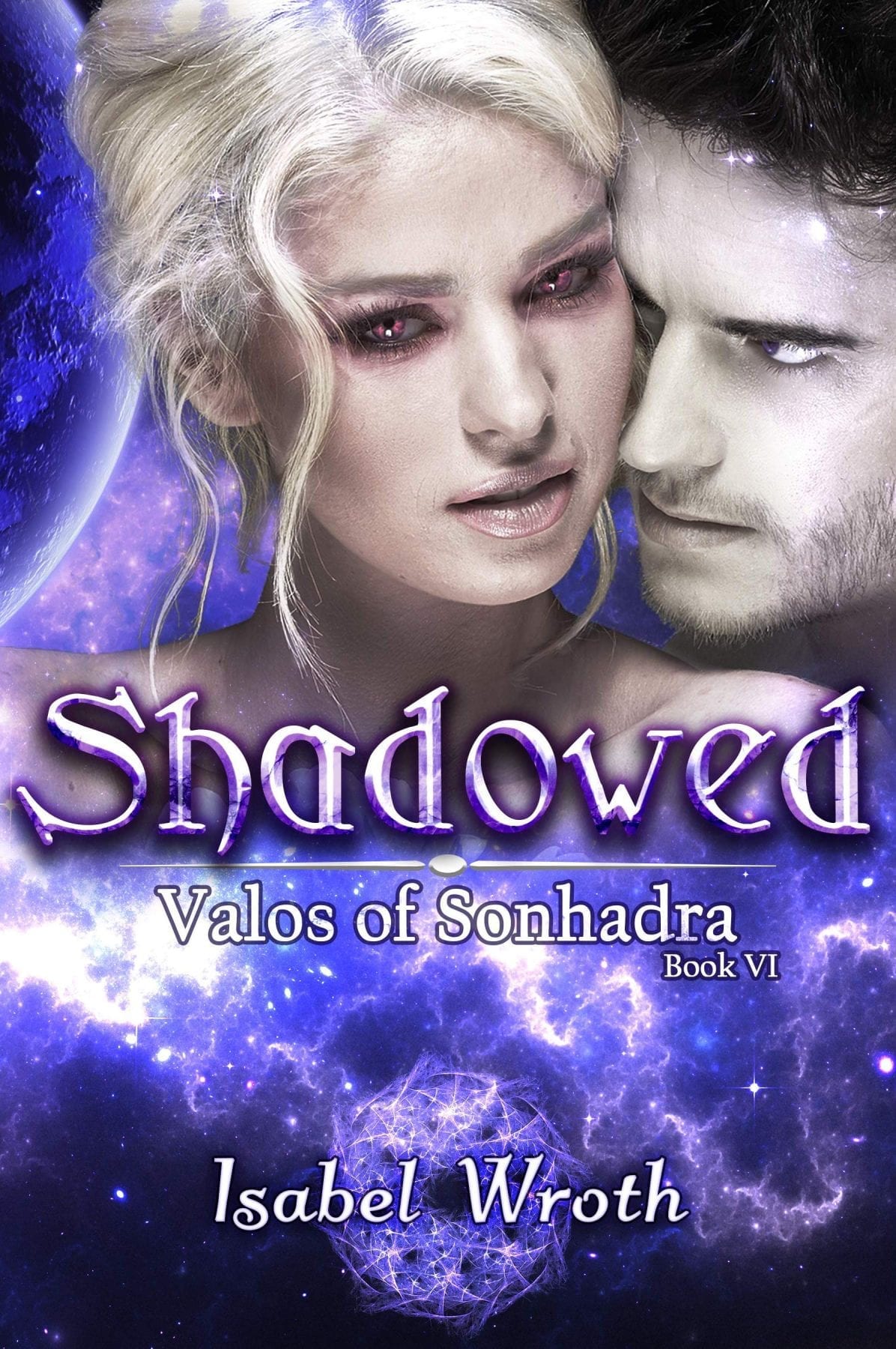 The Valos of Sonhadra series is unique with each book being written by a different author. However, the series is set in the same place (the planet Sonhadra) and has the same back story. A prison ship crashes onto the planet Sonhadra releasing the prisoners. But the doctors and scientist aboard had been doing experiments on the female prisoners and those that survived the brutal experimentation have developed abilities. These abilities now help them survive on this alien planet. The valos are the native species on the planet, who millennia ago divided into different clans that developed completely differently. What I love is the huge variety in this series. You never know quite what to expect when you pick up the next book. 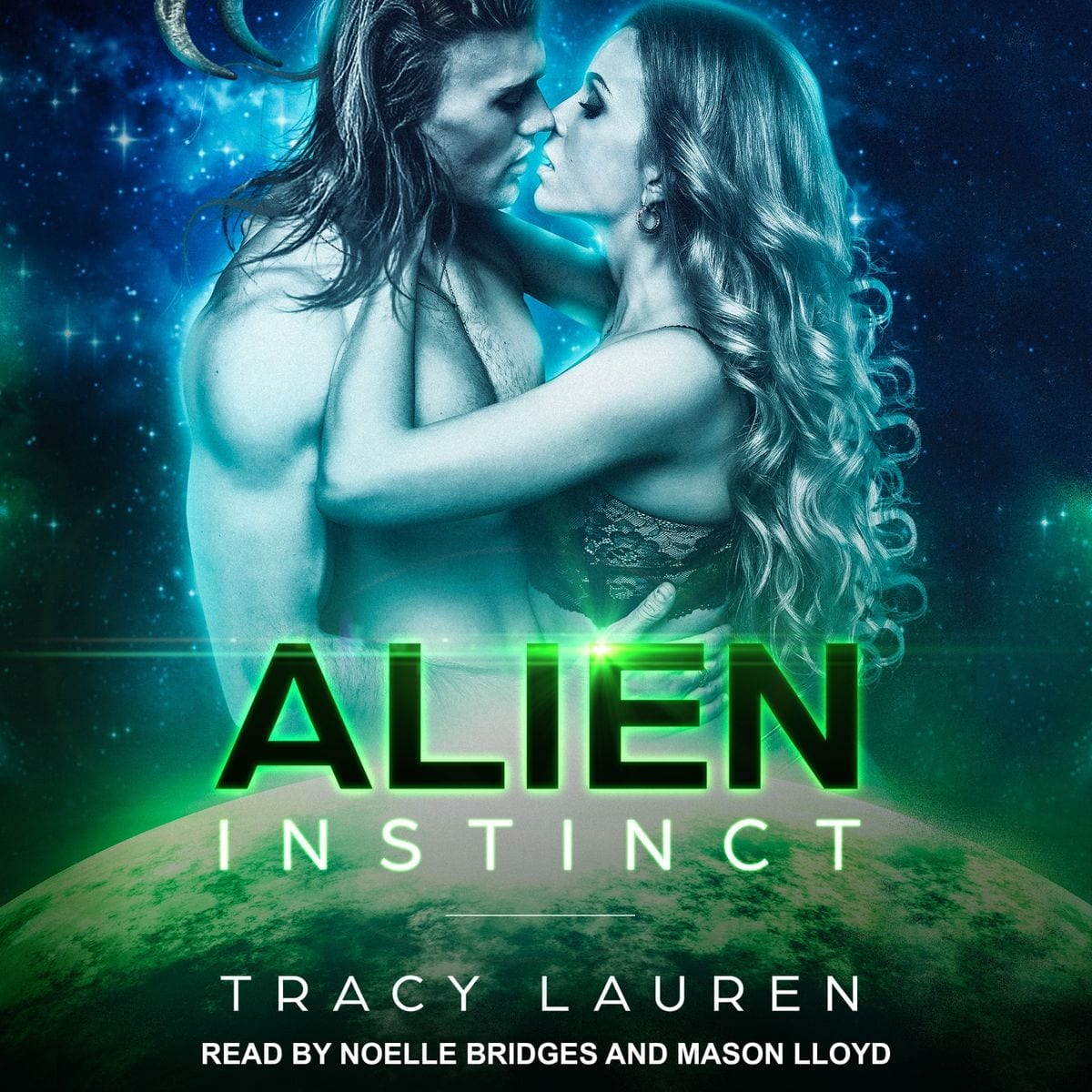 The Alien series by Tracy Lauren

If you’ve read much paranormal romance, you may have come across a gargoyle hero or two. With The Alien series, we now have the sci-fi romance version. I love it when the big, gray-skinned and scary-looking heroes turn out to be complete marshmallows. Which is exactly what occurs in the first book of the series, Alien Instinct. From there, Tracy Lauren introduces her cast of characters building up a community of potential heroes and heroines her readers are bound to fall in love with. 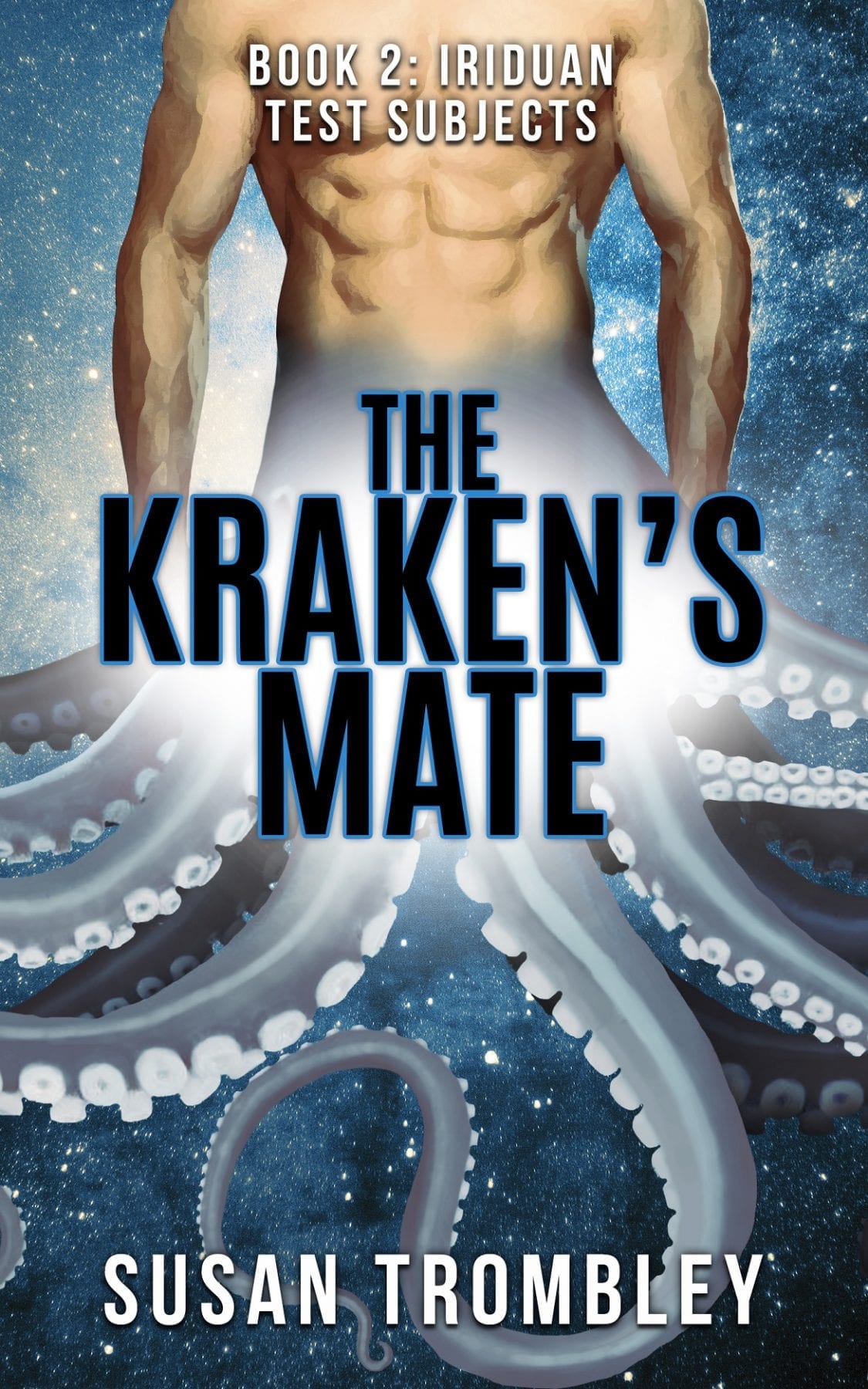 This series isn’t for the faint of heart. Of all the books and series mentioned in this list, the Iriduan Test Subjects is the one that contains perhaps that most other of the aliens. Trombley creates alien heroes who have been genetically modified with alien monster DNA. They are lethal, with the instincts and capabilities of an apex predator and the intelligence of a thinking self-aware being. It’s dangerous to give them someone to love as we discover in this series. Trombley does a great job in this now-completed trilogy – she takes the idea of “fated mates” – a theme common in romance – and gives it a new spin. I can’t wait to see what Trombley brings out next because even though this series is finished, there is so much more to explore in the galaxy she has created.

About the Author: Suzanne Bluff

Suzanne Bluff has always been a book lover and a reader. It can all be traced back to battling through Middle Earth with Frodo, Gandalf and the gang and her book journey has taken her through nearly all genres. Now as a co-founder of Under the Covers Book Blog, Suzanne is dedicated to extolling all the virtues of reading romance for all the internet to see. Which is fantastic as her three big loves are 1) reading about romance 2) writing about romance and 3) talking about romance with anyone willing to listen. When not reading she can found listening to her favourite pod casts and geeking out on Doctor Who.