As a former actor, it seems natural that young adult novelist Bridget Morrissey would eventually write a realistic and vivid behind-the-scenes look at the makings of a film―and all the backstage happenings that take place when the camera’s not around. And now her adult fiction debut, she gives readers just that, along with an enemies-to-lovers romance that sparkles once the cameras have stopped rolling.

Sloane Ford was raised by Hollywood―with A-list celebrity parents, she was quite literally born to be a star. Now an out-of-work actress in her 30s, Sloane’s next gig lands her on the set of a film written and produced by her own family. But what her darling relatives don’t tell her until day one of filming is that the male lead is none other than Sloane’s worst nightmare: Joseph Donovan, Irish heartthrob and horrible former co-star. Donovan may be a Hollywood sweetheart, but he’s no dream to work with, judging from past experience. His impressive good looks and sexy Irish accent don’t earn him a get-out-of-jail-free card in Sloane’s book. But, the show must go on, and so Sloane rolls her eyes and gets on with production. But everything that can possibly go wrong on this project, does―and it’s not long before the film finds itself without its leading lady. As Sloane steps up to take on the starring role, she’s forced to confront her long-standing hatred for Joseph Donovan. But as sparks begin to fly on set, it’s not long before an off-script romance develops…. 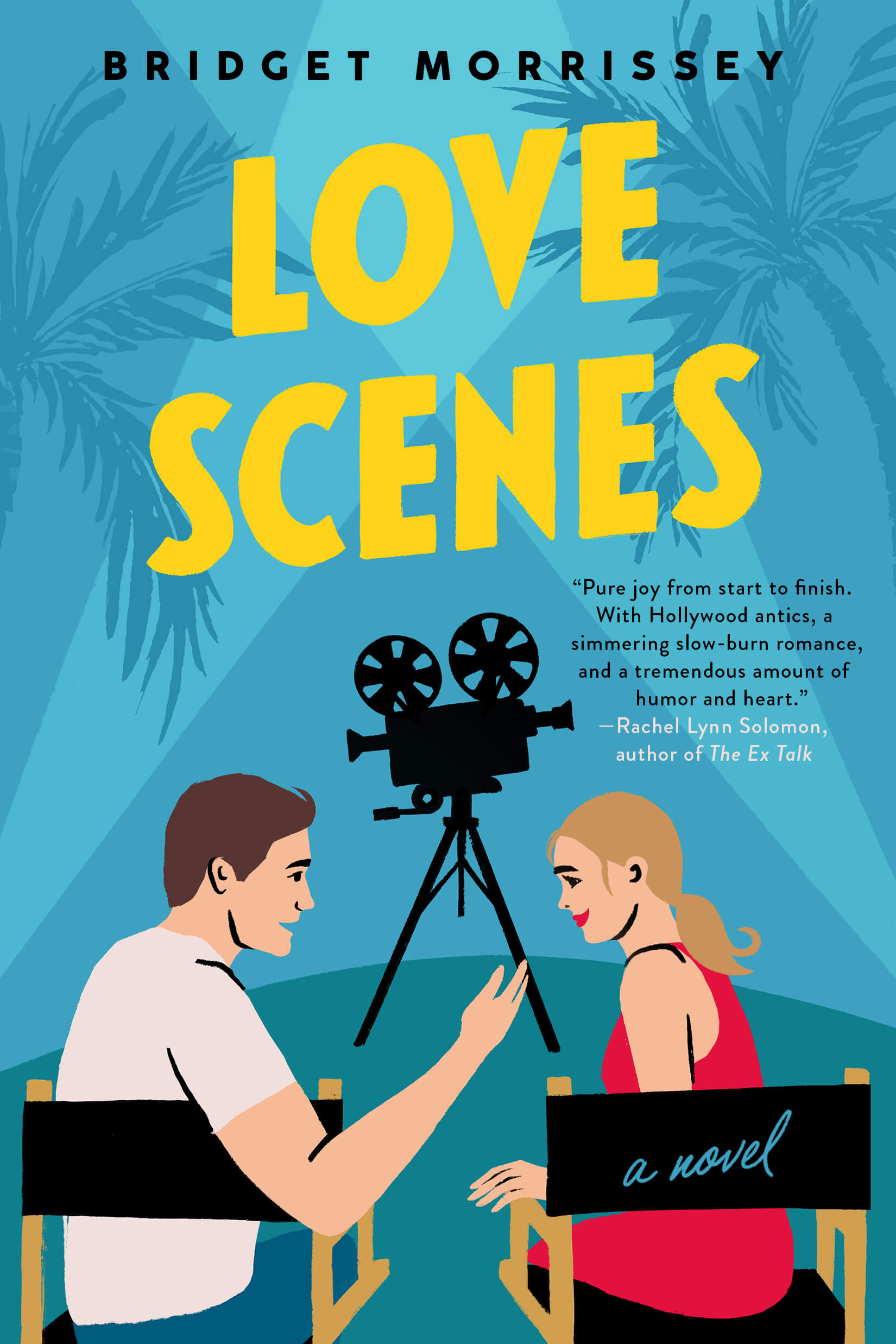 What prompted you to make the jump to an adult fiction debut as a departure from YA?

Most of my story ideas come to me in moldable fragments that I can cater to whatever category I am looking to write. But the idea for Love Scenes arrived in my brain fully formed. There was no way to age it down, because so much of the story has to do with getting far enough into your life that you’re looking back at what’s gone wrong and figuring out how to go forward into the next stage. The protagonist, Sloane, has recently lost her job and gone through a very public breakup. She is reunited with an old costar who she had a bad experience with in the past, and he’s trying this time around to be a better person. Those stakes would have felt totally different if she was a teen. That being said, I still love YA and I very much hope to return to it some day!

Have you ever witnessed a real-life enemies-to-lovers story on set? Maybe one that inspired this plot?

There’s no specific real life inspiration for this plot. A lot of it is built on the daydreaming I do as a viewer, really. Which I think is a very common thing! We see two people on screen and we want to believe that what they are showing us is real. And sometimes we hear about behind the scenes “tension”, whatever that may mean, and it only makes the curiosity grow. What’s going on with those two? Why are they so magnetic? But the other side of that is that the entertainment industry is really stressful and full of ego, and a lot of what goes on behind the scenes isn’t particularly enchanting. So as a writer, I didn’t want to romanticize too much. But I also wanted to write a compelling romance! It was a tricky balance between honoring the toxicity that exists in show business while also searching for the grace and finding the love.

For you, what are the creative differences between acting and writing? Similarities?

For the most part, acting is interpreting and displaying the emotions behind someone else’s work. Writing is creating those words. I found that when I was an actor, what I wanted most was to tell interesting stories. The further I got into the business, the more I realized that I didn’t have much control (if any) over the stories I got to tell, and that really frustrated me. That was when I made the decision to commit solely to writing. But in both acting and writing, you’re always trying to convey something true. No matter how outlandish the circumstance—be it a slapstick comedy or a science fiction project or whatever—you want to capture something in the writing or the performance that feels real.

When researching for Love Scenes, did you learn anything that surprised you about Hollywood productions?

I think most people would be surprised at how tedious the process is. It’s really not glamorous. It takes a lot of patience to make a movie, and a lot of time. Depending on your role on set, your downtime is someone else’s go-time. Actors are constantly waiting between takes for the shot to reset. But that’s when the crew is working hard to get everything back to the beginning. Everything that happens on the other side of the camera is just as much an artform as what we see unfold on screen. I think the same could be said for books, too! There’s so much happening from the time a book sells to when it reaches readers. So many hands go into making the final product shiny and beautiful, and my downtime as the writer is someone else’s go-time.

If there’s one thing a reader learns from your book, what do you want that to be?

When readers put down Love Scenes, I hope they learn that it’s never too late. In whatever way they want to apply that. It’s never too late to try again with someone. It’s never too late to reconnect with your passion. To let something go! To pick something up! To forgive! To grow! The older we get, the more we tend to think that opportunities have passed us by, and that our life is fixed. It’s not true. There is so much good waiting for us, and we let our fears keep us from exploring it. And even if a reader doesn’t walk away learning this after finishing Love Scenes, I hope that the story at least makes them feel content. There is so much to be angry about, sad about, and generally upset about in this life. If my book can be a bright spot, that is enough for me!