Everyone loves an empowering female story—and it’s even more inspiring when these tales are true! Read about all the strong females who have made their mark on this world and find out the 12 best historical fiction novels starring women. 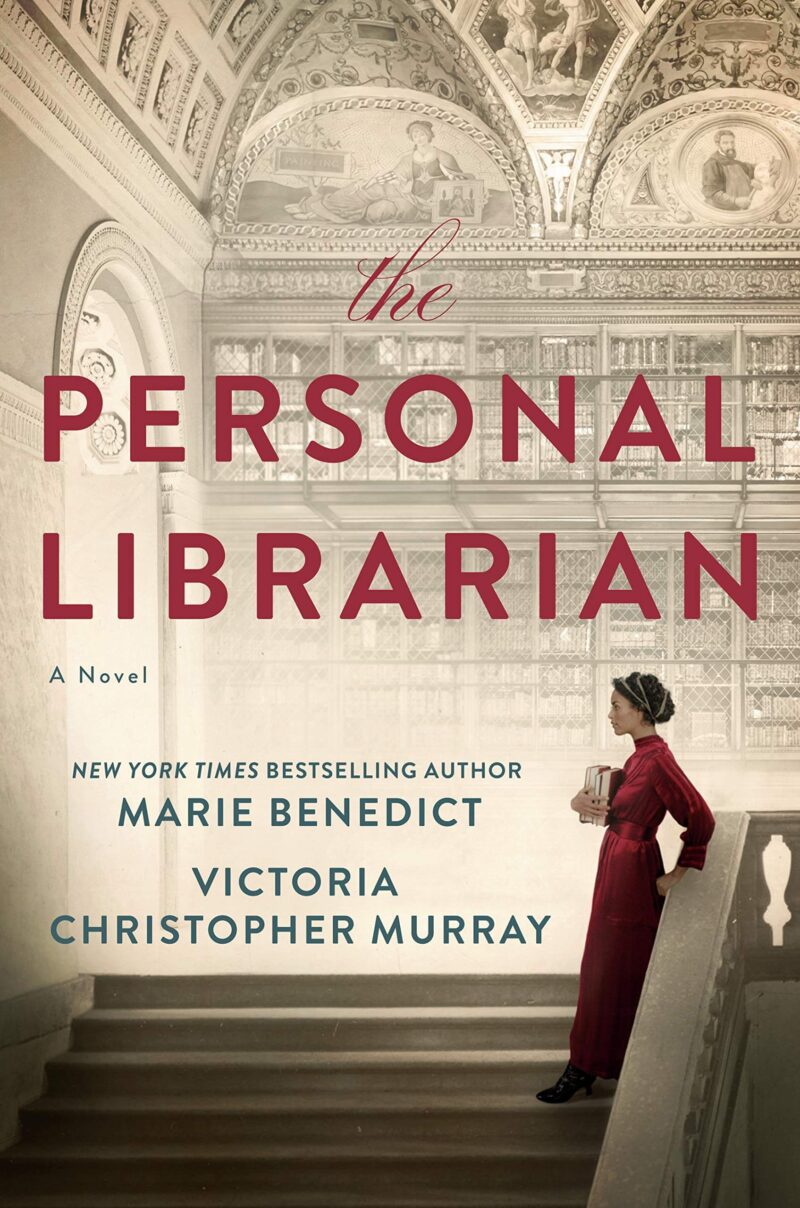 The true story of Belle da Costa Greene is revealed in The Personal Librarian. She was hired by J.P. Morgan in 1905 to serve as his personal librarian, and created his famous manuscript collection. Belle also became one of the most powerful people in the world of art, and she’s one of history’s most famous librarians. 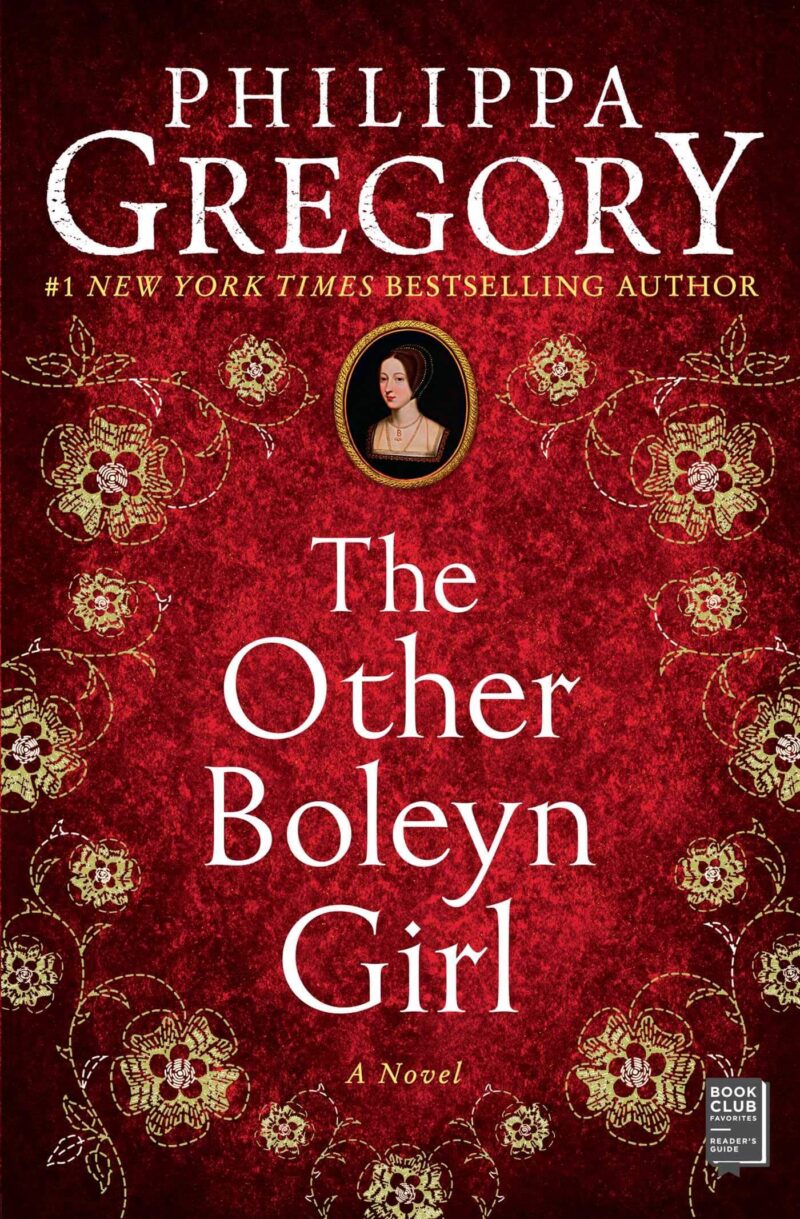 The Other Boelyn Girl by Philippa Gregory

King Henry The Eighth’s second wife Anne Boelyn is as famous for her fiery attitude as she is for her beheading. What many don’t know is that she had a sister, one who was meant to be Henry’s wife instead. The Other Boleyn Girl tells the dramatical account of Anne’s sister Mary. 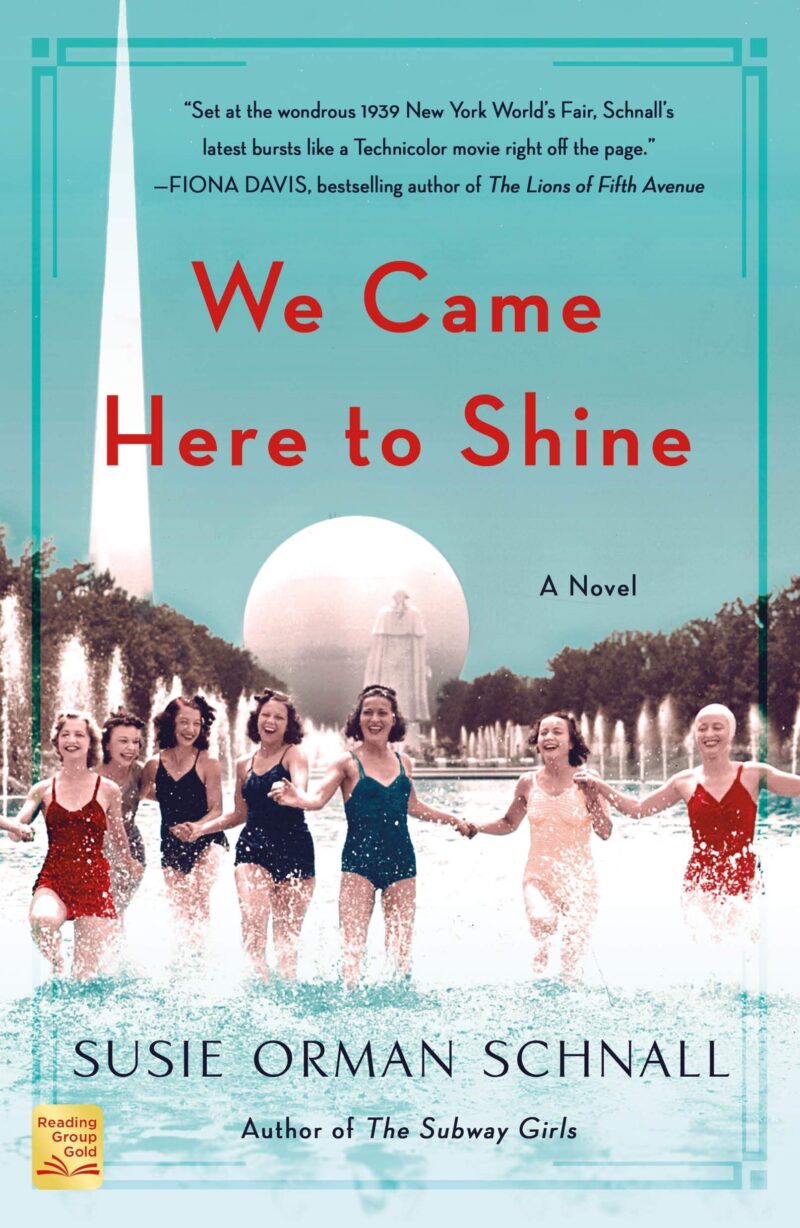 We Came Here to Shine by Susie Schnall

Set at the iconic 1939 New York World’s Fair, Susie Orman Schnall’s We Came Here to Shine is historical fiction featuring two bold and ambitious women who navigate a world of possibility and find out what they’re truly made of during a glorious summer of spectacle and potential. One’s an aspiring journalist. The other’s an unlucky actress. This is a remarkable novel about the challenges women face and the courage they must summon in order to lead the lives they deserve. 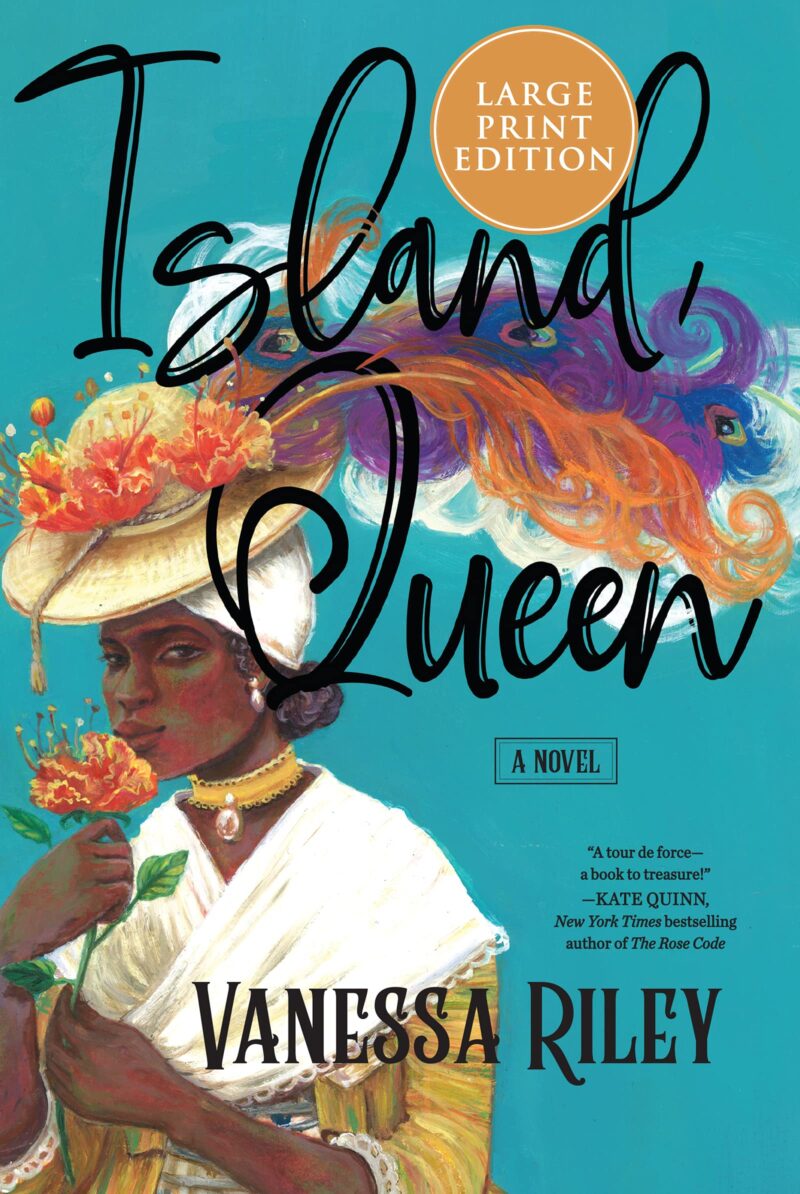 Born into slavery on the tiny Caribbean island of Montserrat, Doll bought her freedom—and that of her sister and her mother—from her Irish planter father and built a legacy of wealth and power as an entrepreneur, merchant, hotelier, and planter that extended from the marketplaces and sugar plantations of Dominica and Barbados to a glittering luxury hotel in Demerara on the South American continent. From the bustling port cities of the West Indies to the forbidding drawing rooms of London’s elite, Island Queen is a sweeping epic of an adventurer and a survivor who answered to no one but herself as she rose to power and autonomy against all odds, defying rigid eighteenth-century morality and the oppression of women as well as people of color. It is an unforgettable portrait of a true larger-than-life woman who made her mark on history. 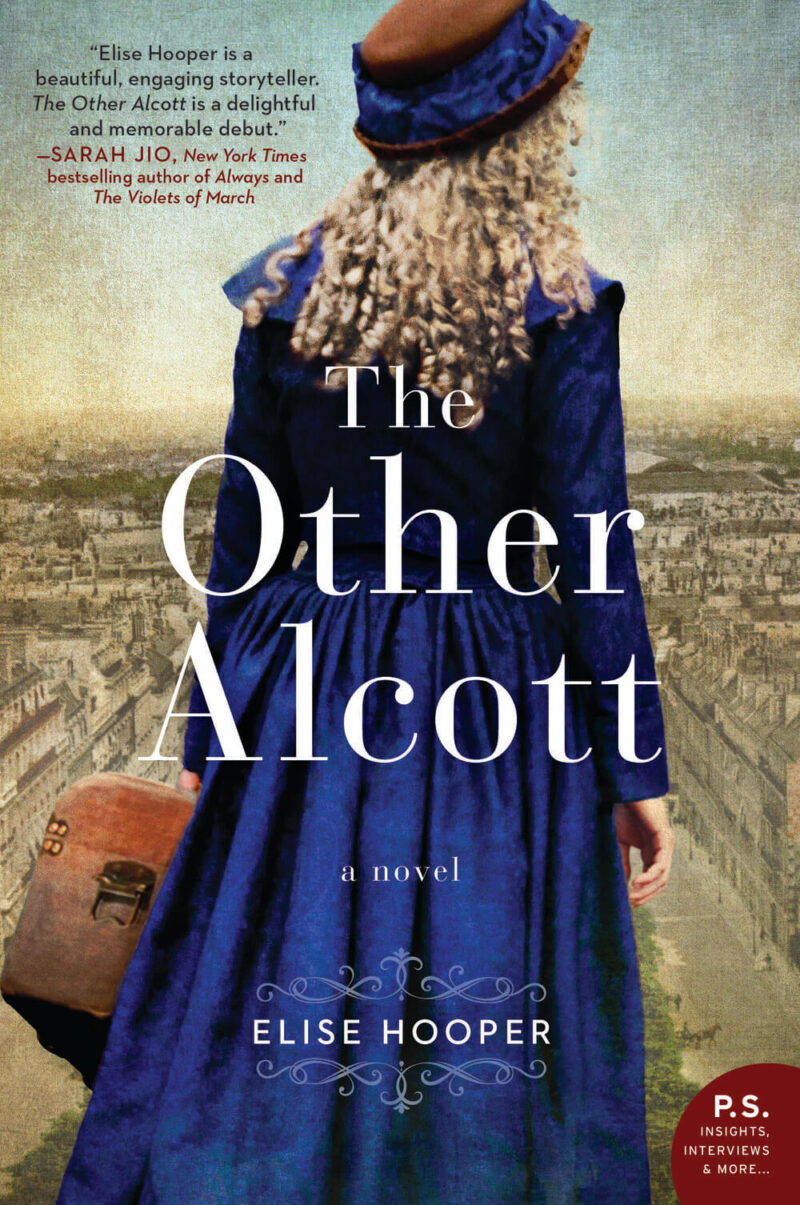 The Other Alcott by Elise Hooper

Little Women are fictional girls known around the world. Most people know their creator Louisa May just as well as they know Jo, the girl based on Louisa. The unfavored sister Amy is based on Louisa’s real sister, May. This is the untold story of her youngest sister, and an artist in her own right. 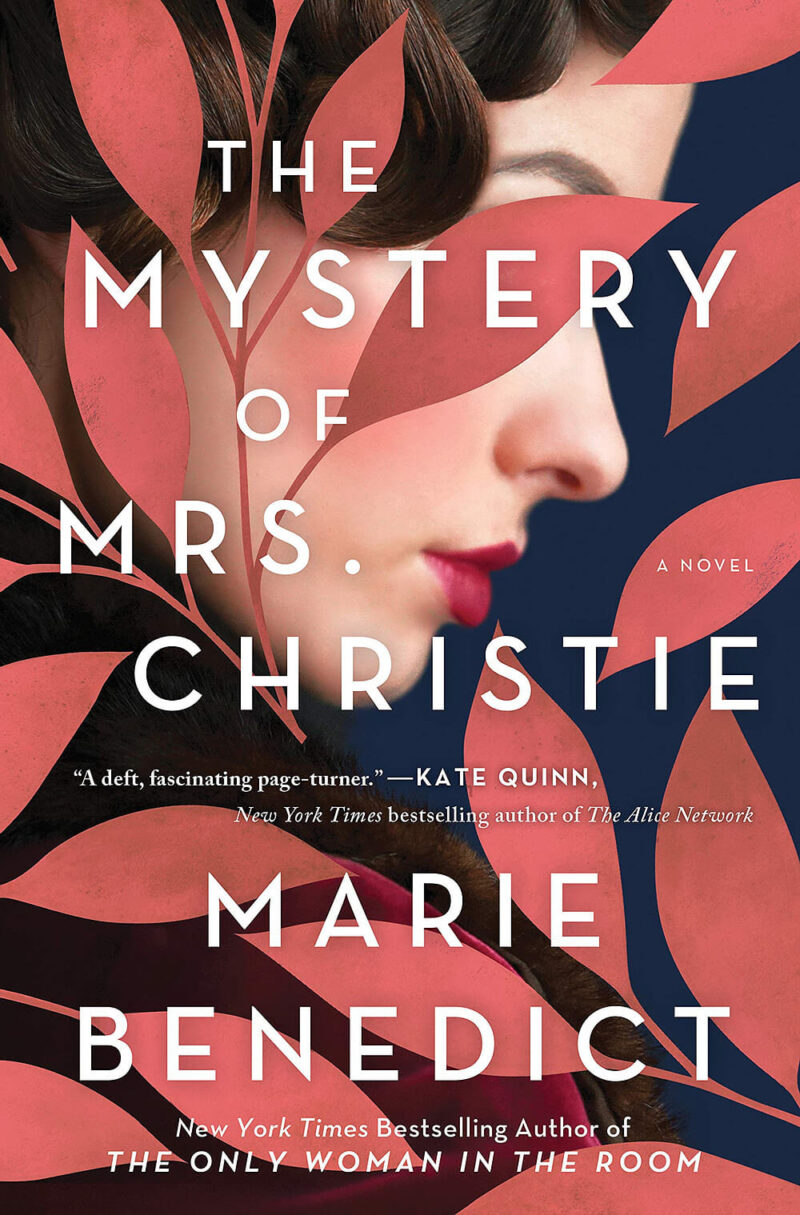 Agatha Christie went missing, and no one could find her. Investigators and her husband were stumped. All of a sudden, she reappeared, just as mysteriously as her disappearance. Her only answer to they mystery was that she suffered from amnesia. 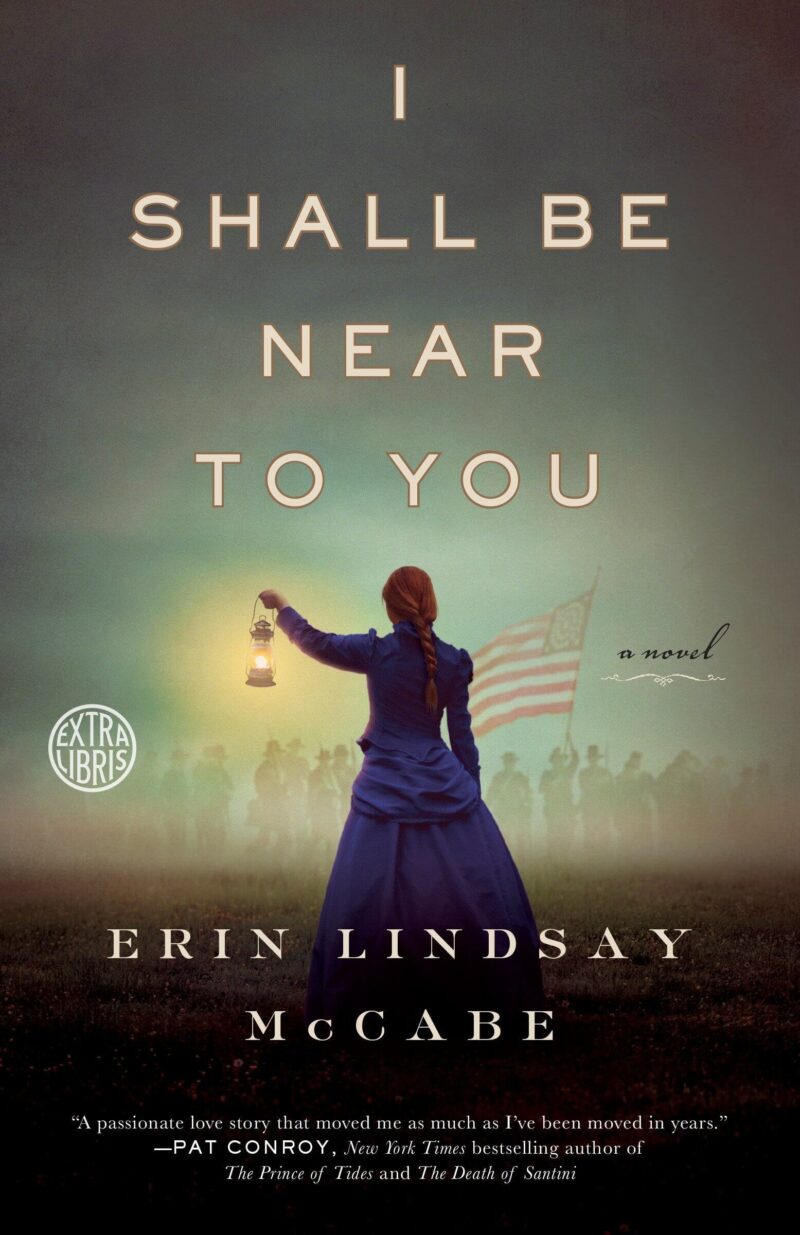 I Shall Be Near to You by Erin Lindsay McCabe

When Rosetta’s husband Jeremiah enlists, she’s devastated. She’s worked her whole life as the son her father never had, but is told her place is inside the house with the other women. But Rosetta decides her place is with Jeremiah. Determined not to let him be alone, she cuts off her hair, hems his old pants, and signs up for life as a Union soldier. 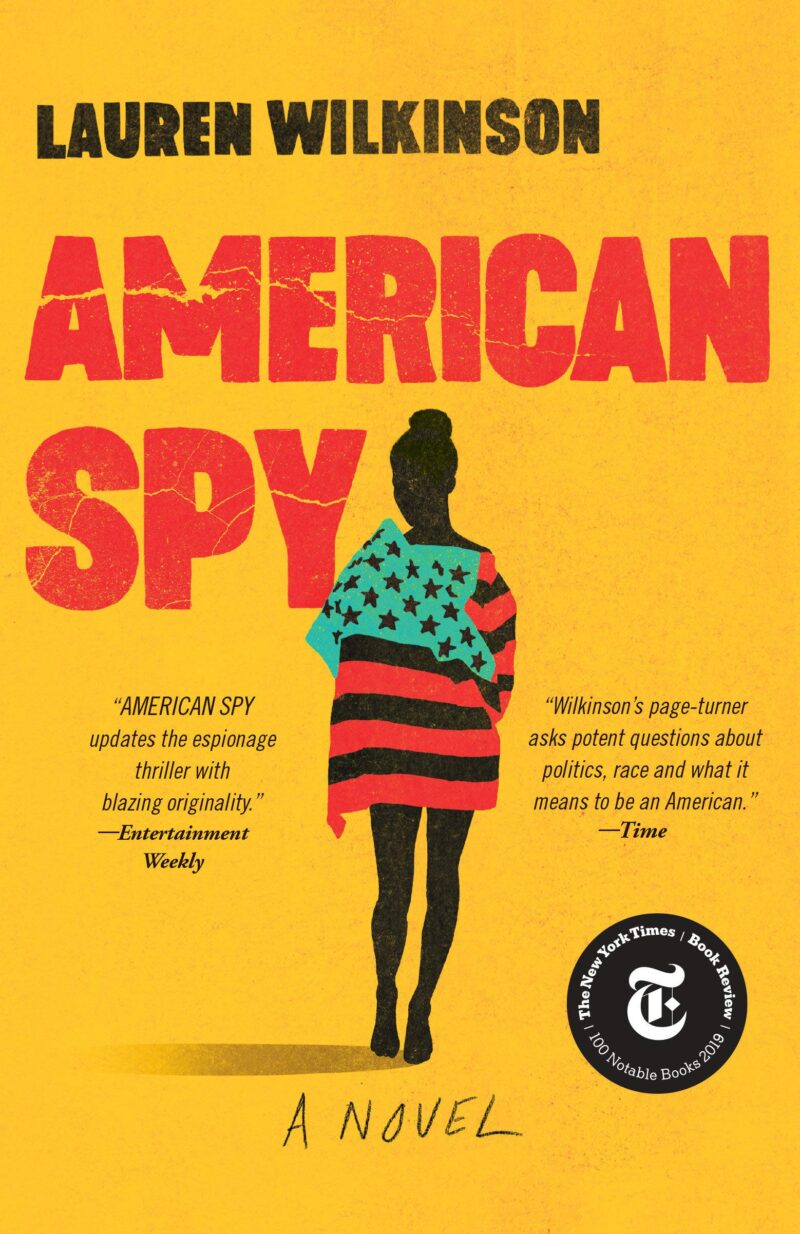 It’s 1986, the heart of the Cold War, and Marie Mitchell is an intelligence officer with the FBI. She’s brilliant, but she’s also a young Black woman working in an old boys’ club. So when she’s given the opportunity to join a shadowy task force aimed at undermining Thomas Sankara, the charismatic revolutionary president of Burkina Faso whose Communist ideology has made him a target for American intervention, she says yes. Yes, even though she secretly admires the work Sankara is doing for his country. In the year that follows, Marie will observe Sankara, seduce him, and ultimately have a hand in the coup that will bring him down. But doing so will change everything she believes about what it means to be a spy, a lover, a sister, and a good American. Inspired by true events—Thomas Sankara is known as “Africa’s Che Guevara”—American Spy knits together a gripping spy thriller, a heartbreaking family drama, and a passionate romance. 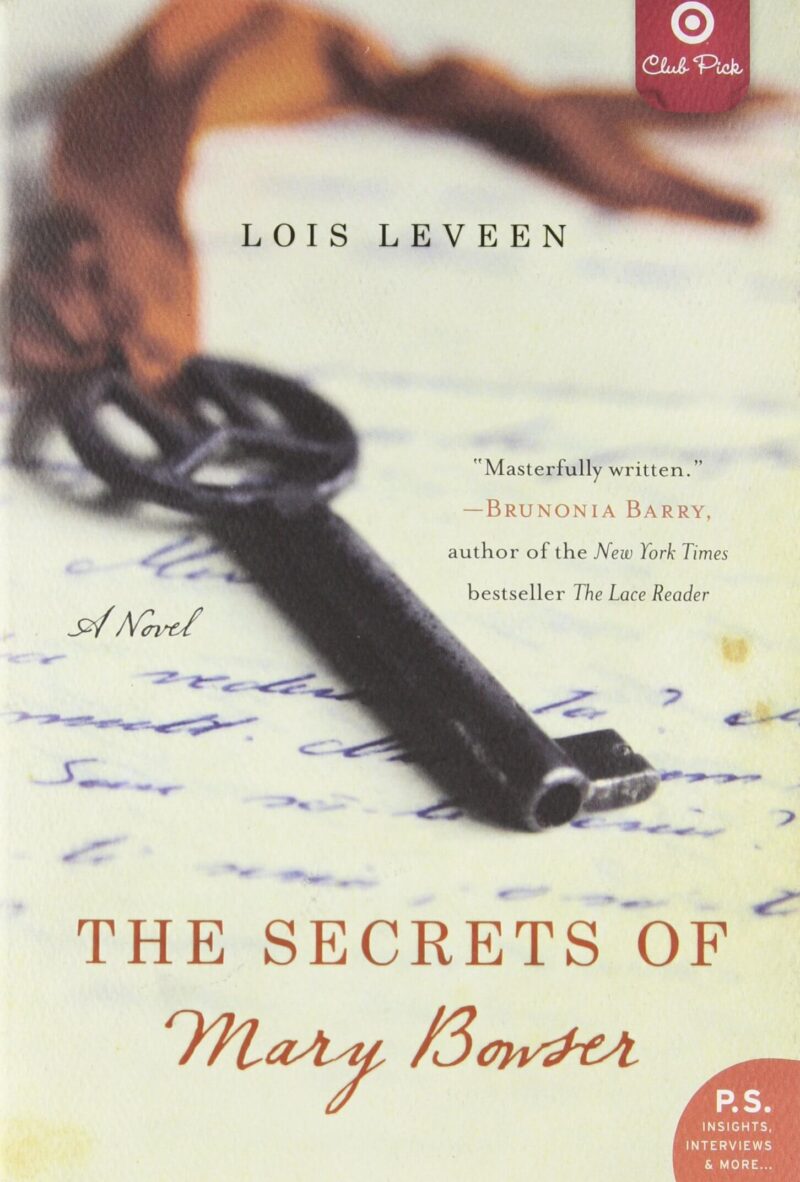 The Secrets of Mary Bowser by Lois Leveen

Mary Bowser is a little known, but truly inspirational American Heroine; a freed African American slave who returned to Virginia at the onset of the Civil War to spy on the Confederates. Author Lois Leveen combines fascinating facts and ingenious speculation to craft a historical novel that will enthrall readers of women’s fiction, historical fiction, and acclaimed works like Cane River and Cold Mountain that offer intimate looks at the twin nightmares of slavery and Civil War. 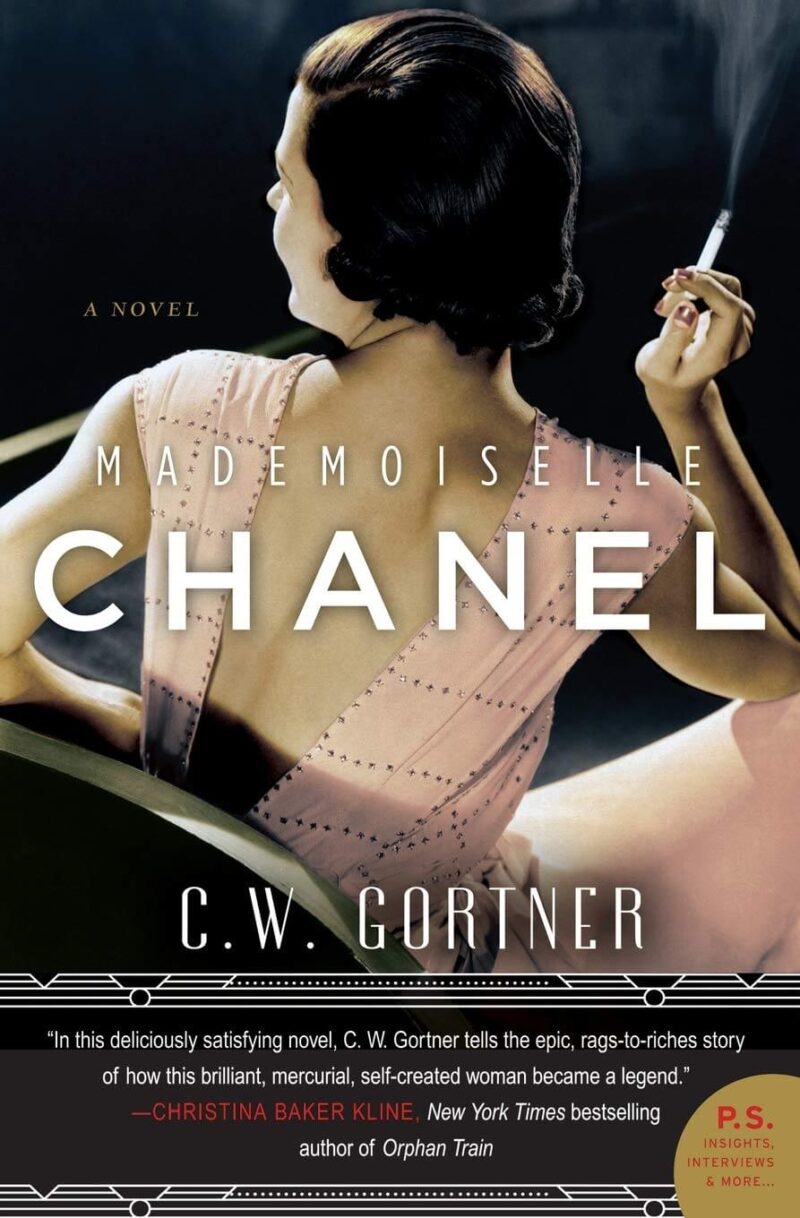 Coco Chanel is an iconic leader of the fashion world. But beyond little black dresses and signature scents lies an ambitious, gifted laundry woman’s daughter. She too endured drama, passion, tragedy and beauty. Her upbringing drove the madmoiselle to revolutionize the fashion industry as we know it today. 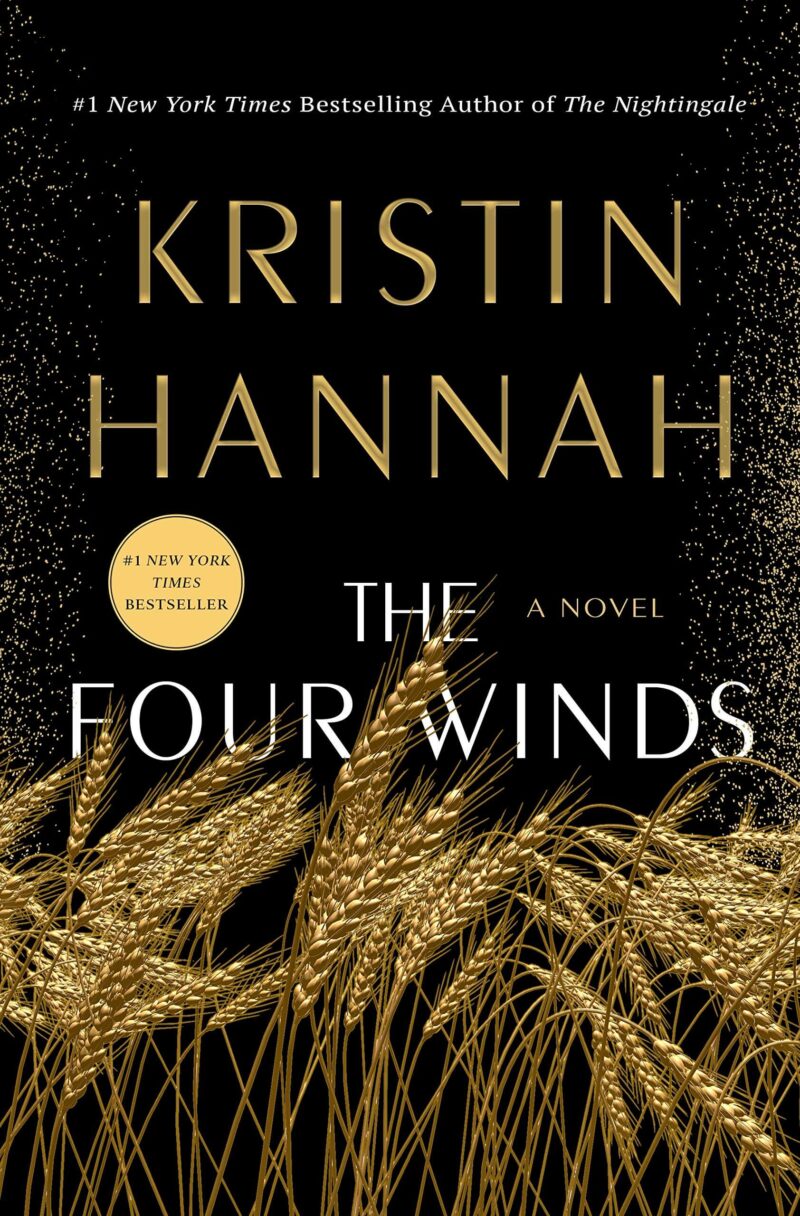 It’s Texas, 1934 and Elsa Martinelli had finally begun her dream life. She had a family, a home and a livelihood on a farm on the Great Plains. But when drought threatens everything, Elsa’s life is scattered to the winds. This rich, sweeping novel stunningly brings to life the Great Depression and the people who lived through it–the harsh realities that divided us as a nation and the enduring battle between the haves and the have-nots. A testament to hope, resilience, and the strength of the human spirit to survive adversity, The Four Winds is an indelible portrait of America and the American dream, as seen through the eyes of one indomitable woman whose courage and sacrifice will come to define a generation. 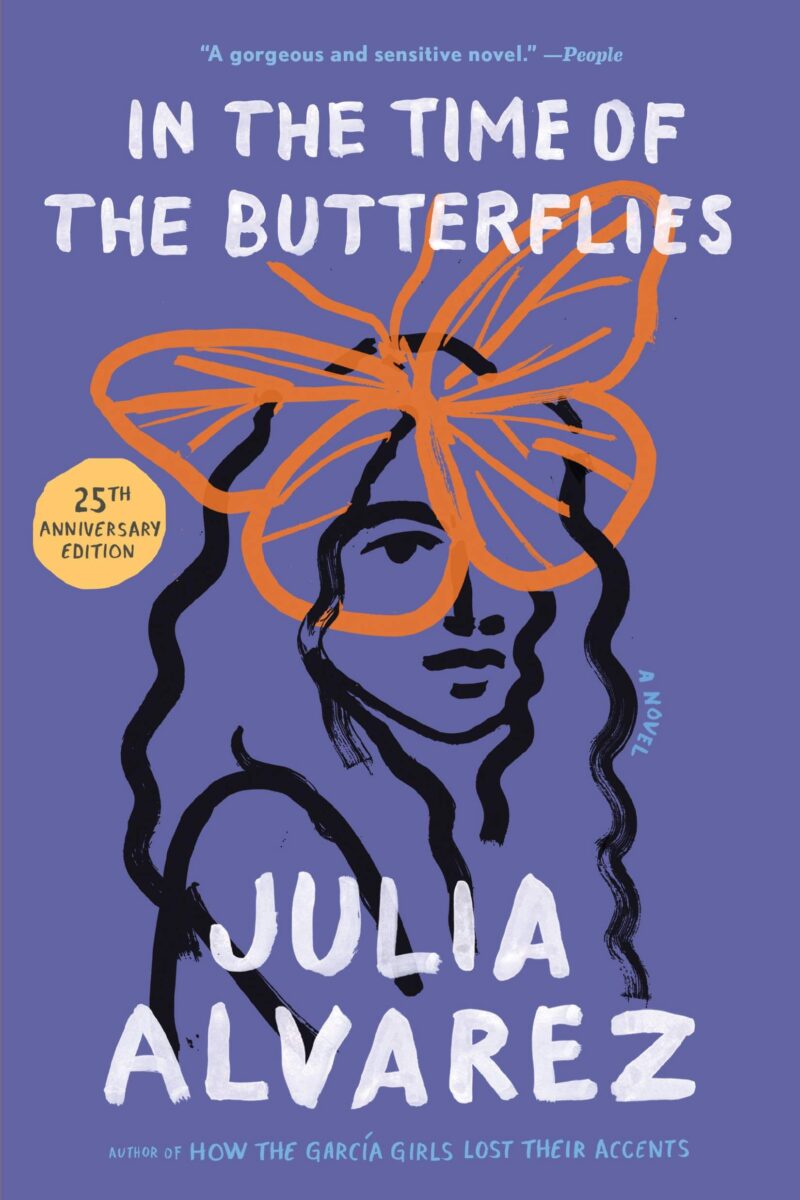 In 1960, the beautiful bodies of three educated sisters were found at the bottom of a cliff in the Dominican Republic. Everyone knows of the Las Mariposas sisters: the leading opponents of Trujillo’s dictatorship. Although their death was reported as an accident, everyone knows that’s not the case. 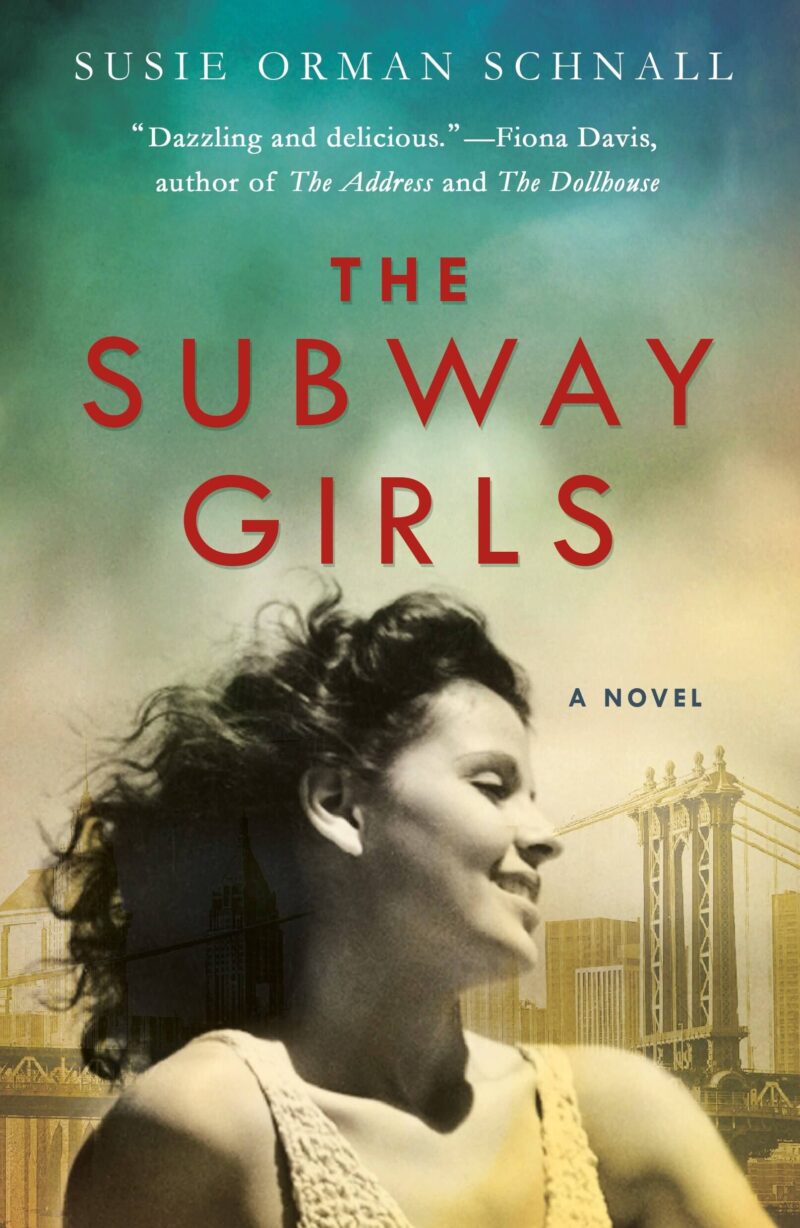 Charlotte had always dreamed of a career in advertising. But when she’s whisked away to help in the family business, that dream is shattered. What she doesn’t know is she’ll be swept into something even more glamorous than advertising. But when her new friend makes an unforgivable choice, Charlotte must make a life-changing one as well. 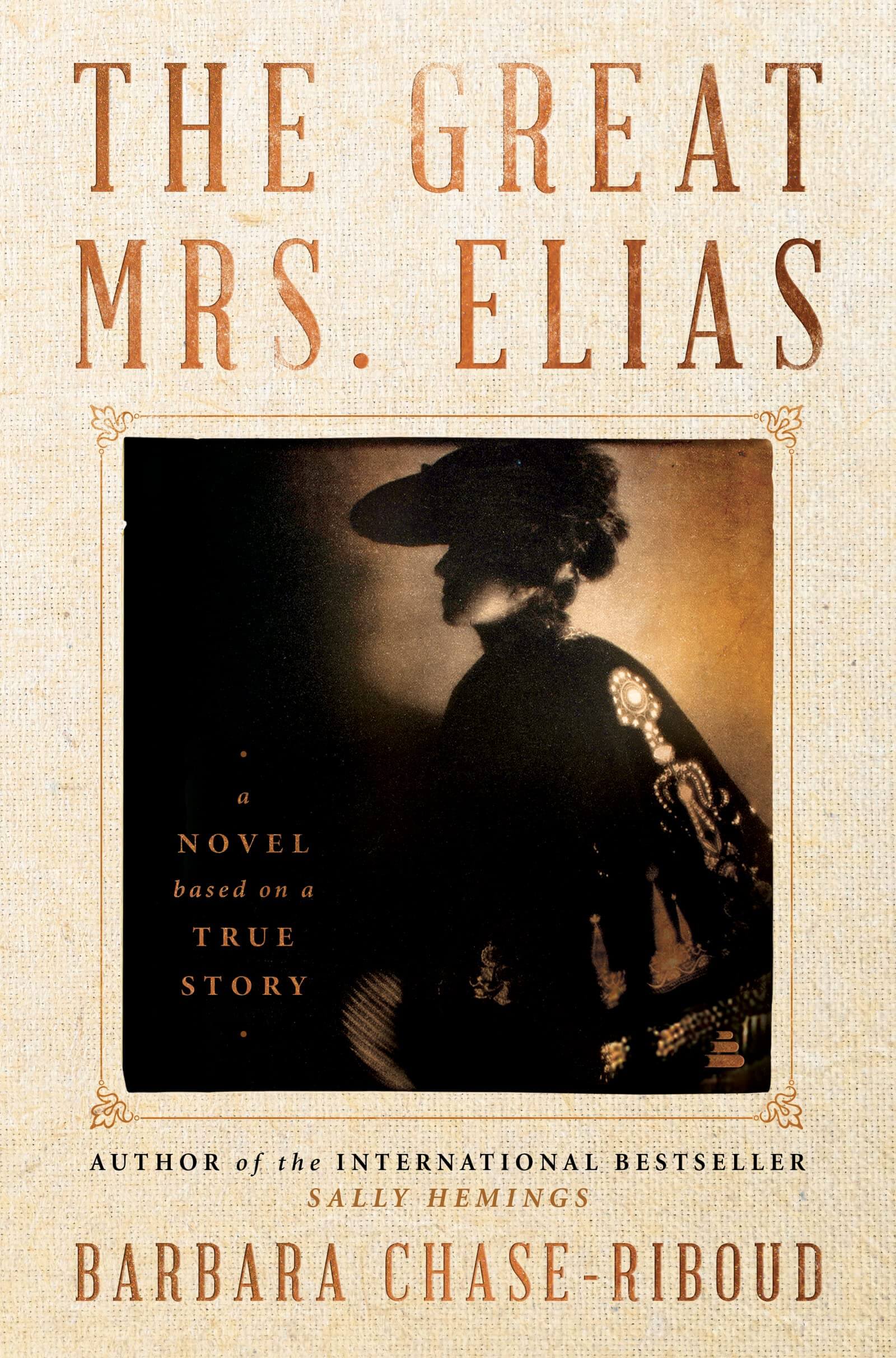 Born into a rough world in the late 1800s, Hannah Elias had to do whatever it took to survive. But when she moved to New York, she created a new identity for herself and buried her dark past far behind her. She became a rich robber baron in New York, then invested wisely in the stock market, amassing a fortune. When murder and a mistaken identity brings an investigation to her doorstep, the life that Hannah built suddenly beings to unravel. And when the truth of her identity comes out, she finds herself at the center of a public scandal and accused of having stolen her money from whites.