From the New York Times best-selling author of Mexican Gothic comes a delicious, twisted historical novel for lovers of smoky noir and antiheroes, about a daydreaming secretary, a lonesome enforcer, and the mystery of a missing woman they’re both desperate to find. In Velvet Was the Night, readers will discover memorable characters amidst a fast-paced, intricate plot, full of suspenseful action and 1970s Mexican history.

It’s 1970s, Mexico City. Maite is a secretary who lives for one thing: the latest issue of Secret Romance. While student protests and political unrest consume the city, Maite escapes into stories of passion and danger. She envies her next-door neighbor, Leonora, a beautiful art student who seems to live a life of intrigue and romance. When Leonora disappears, Maite finds herself searching for the missing woman—and journeying deeper into Leonora’s secret life of student radicals and dissidents. Meanwhile, someone else is also looking for Leonora: Elvis, an eccentric criminal longing to escape his life of commanding goon squads dedicated to squashing political activists. He loathes violence and loves old movies and rock ’n’ roll. As Elvis searches for Leonora, he watches Maite from a distance—and comes to regard her as a kindred spirit who shares his love of music and the unspoken loneliness of his heart.

As Maite and Elvis come closer to discovering the truth behind Leonora’s disappearance, they can no longer escape the danger that threatens to consume their lives, with hitmen, government agents, and Russian spies all aiming to protect Leonora’s secrets—at gunpoint.

We talked with Silvia Moreno-Garcia about the struggle of writing Mexican historical fiction from Canada, proving editors wrong, and her next round of upcoming books. 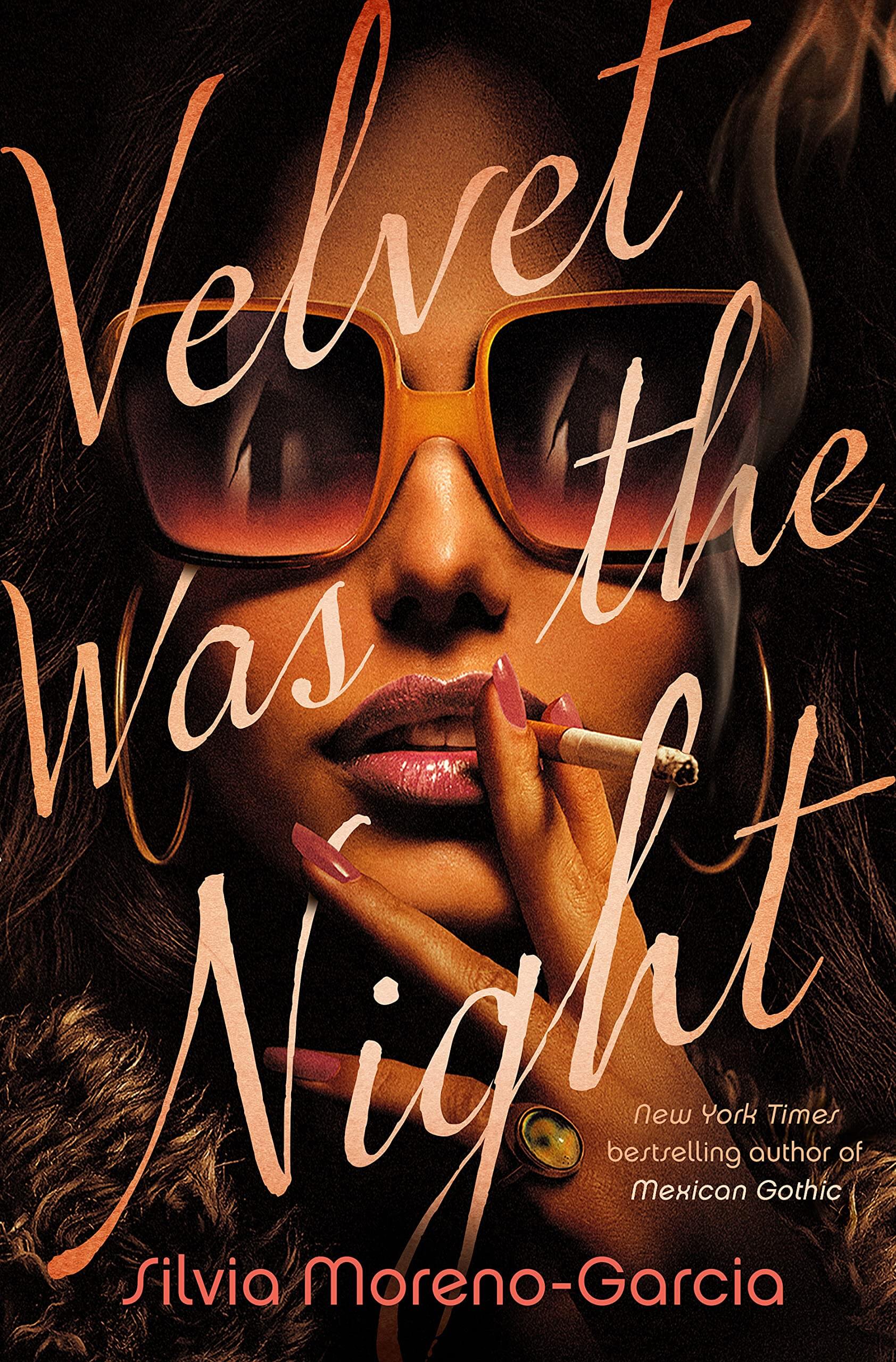 What inspired Velvet Was the Night?

A real incident. In 1971, the Mexican government organized a paramilitary group called the Hawks to suppress students and activists. They attacked a peaceful march, killing and injuring many people.

We love that you have a playlist and vinyl records in the book club kit. How important was the influence of music to your writing and/or the story?

I didn’t want to include music in this novel because my first book, Signal to Noise, had a focus on music, even though I was aware the music scene was as much a boiling cauldron as were the politics of the time. But there was a point when I was reading the memoir of a student activist who was being tortured by Mexican authorities and he mentions the song they were playing on the radio while he was being beaten. I realized I couldn’t scrub the music away.

You’ve said your exposure to science fiction and horror grew organically as a child, because in Latin America, those genres are not categories like they are in North America. Why do you think that is?

It’s a case of converging evolution. While SFF in the USA evolved from the pulps, in Latin America fantastic elements were integrated into literary writing. That is how you end up with magic realism. There were no pulps and nowadays there are essentially no major, commercial SFF imprints, even though you can stumble into books like Tender is the Flesh or Comemadre, which have fantastical elements, but those are published by literary imprints.

What can readers expect from you next?

The re-release of my vampire novel Certain Dark Things and I’ll have a new book out next year, a science fiction novel titled The Daughter of Doctor Moreau.

Your first noir thriller, Untamed Shore, came out in 2020, as well as your novel Mexican Gothic, which is more of a twist on Gothic horror. How is the process from jumping between genres in a seemingly fast manner? Do you ever write multiple books at a time?

I work on one project at a time. It’s not a problem switching genres, I get bored with projects quickly.

What was your biggest struggle (if any) while writing Velvet Was the Night?

Historical research about Mexico can be difficult when you are doing it all the way from Canada. I can’t just pop in to the local archives and getting certain materials is a bit of a pickle.

What are you most proud of within the book?

I was told by some editors that old-fashioned noirs didn’t sell anymore and I needed to try for something more commercial, so I’m happy to prove them wrong and show not everything needs to be domestic noir.

Mexican Gothic and Velvet Was the Night both draw on real historical incidents: Mexican Gothic  takes place in 1950, following the decline of activity in the British mines after the Mexican Revolution. In Velvet Was the Night, it’s The Corpus Christi Massacre, or El Halconazo, a 1971 protest by students in Mexico City. To you, what are the ethics of writing about historical events?

I’m not a historian, so if people want history or in-depth analysis of some topics, they need to look elsewhere. I do my best to understand the historical time period and maintain a semblance of realism, but this is fiction. In the case of Velvet Was the Night, I’m drawing on noir to construct the story, so I’m looking at the conventions and history of the genre. It’s not a thesis.

What authors are you currently reading?