Most Anticipated Fantasy & Sci Fi of 2023

Most Anticipated Fantasy & Sci Fi of 2023

Cross into unknown worlds and slip into surreal realities not so different from our own with the best fantasy and science fiction novels coming out during 2023.  Sometimes humanity needs to be saved. Other times, we need to be saved from it. Wielding magic, fighting for power, and standing up for justice, these unforgettable characters and thrilling stories will set you on journeys far from home and will inspire you to imagine new possibilities. 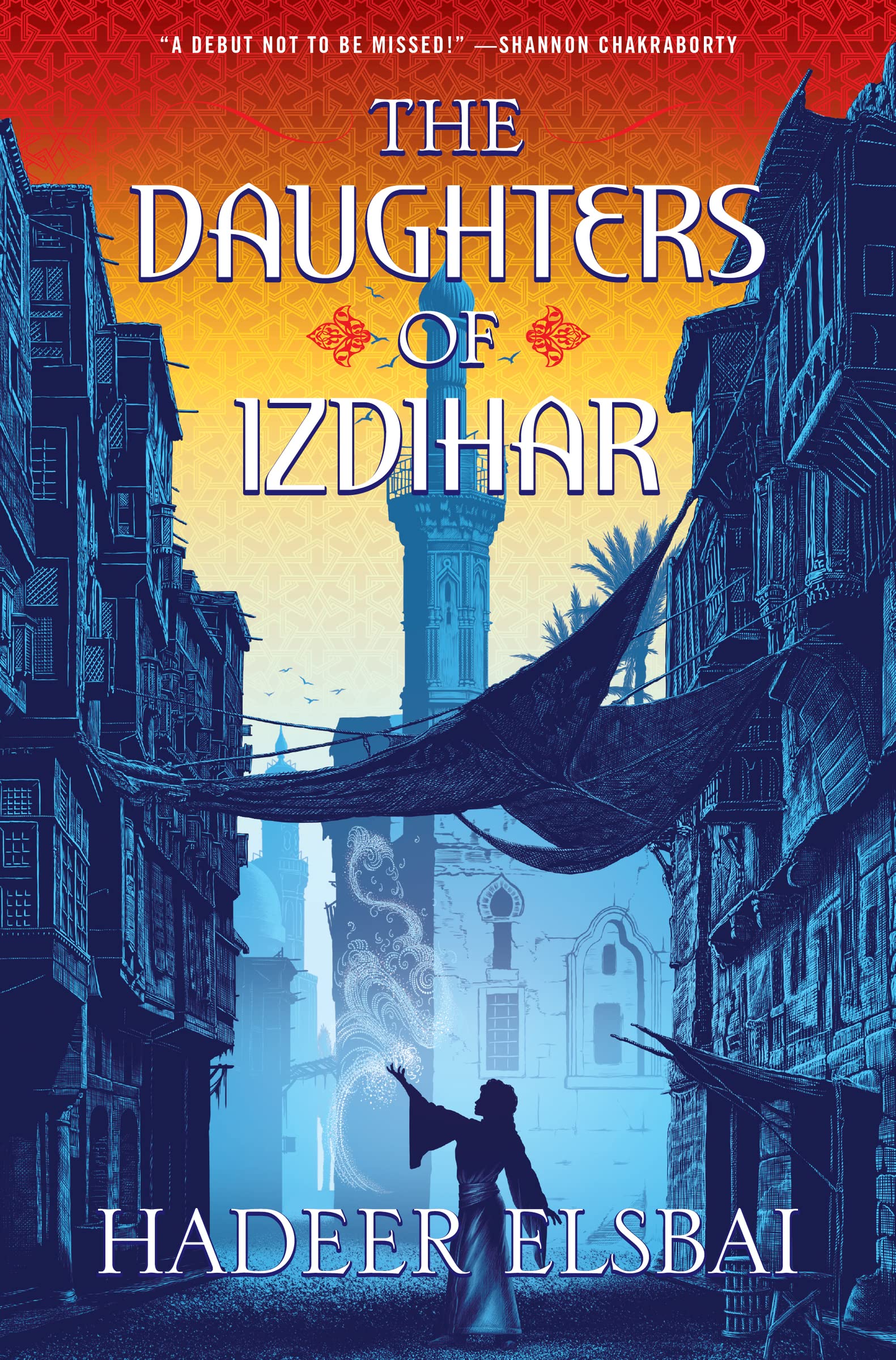 The Daughters of Izdihar by Hadeer Elsbai (1/10)

All Nehal wants is to master her waterweaving skills so she can have a future on the battlefield. But her parents are crushed by her dad’s gambling debt, so she is forced in a marriage with a wealthy merchant family. Her new husband, Nico, is not only distant, he’s in love with another woman: a bookseller named Giorgina, who is a secret earthweaver. Very different but with more in common than they realize, Giorgina and Nehal are drawn together by the same cause—a radical women’s group and its leader, Malak Mamdouh, which brings them solace as they fight for their rights. The women struggle for their freedoms as war looms ahead, and a neighboring nation threatens to end weaving, and weavers, for good. 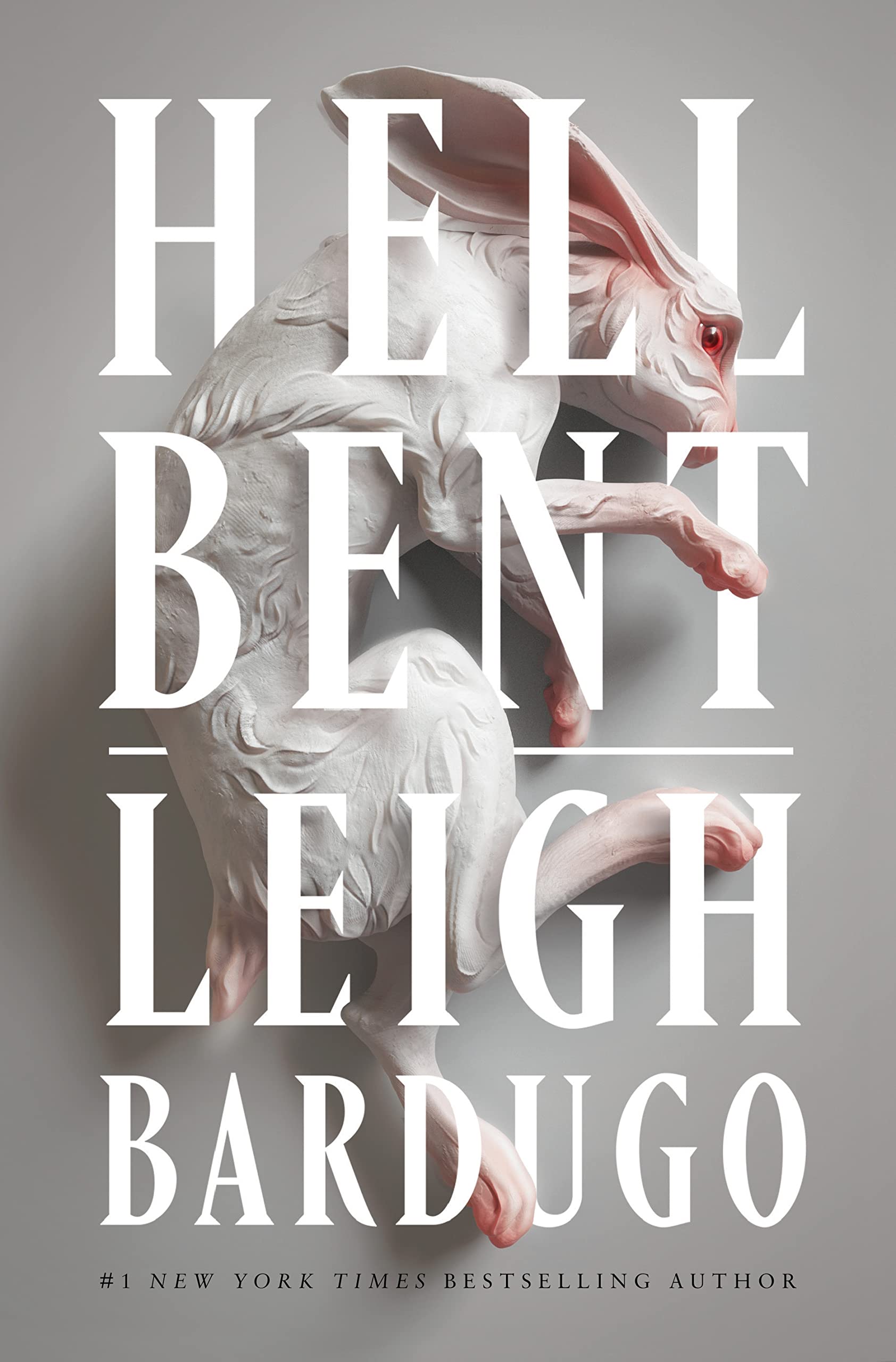 In this sequel to the bestselling The Ninth House, Galaxy “Alex” Stern is back in this Ivy League fantasy about wealth, power, murder and magic. Finding a gateway to the underworld and stealing a soul from hell may sound simple, but few survive the journey, which is why it is forbidden. Alex and Dawes are determined to rescue Darlington from purgatory, so they pull together a questionable group of allies and journey through intricate texts, strange artifacts, and dark university secrets. When faculty members start dying off, Alex knows it’s no coincidence. 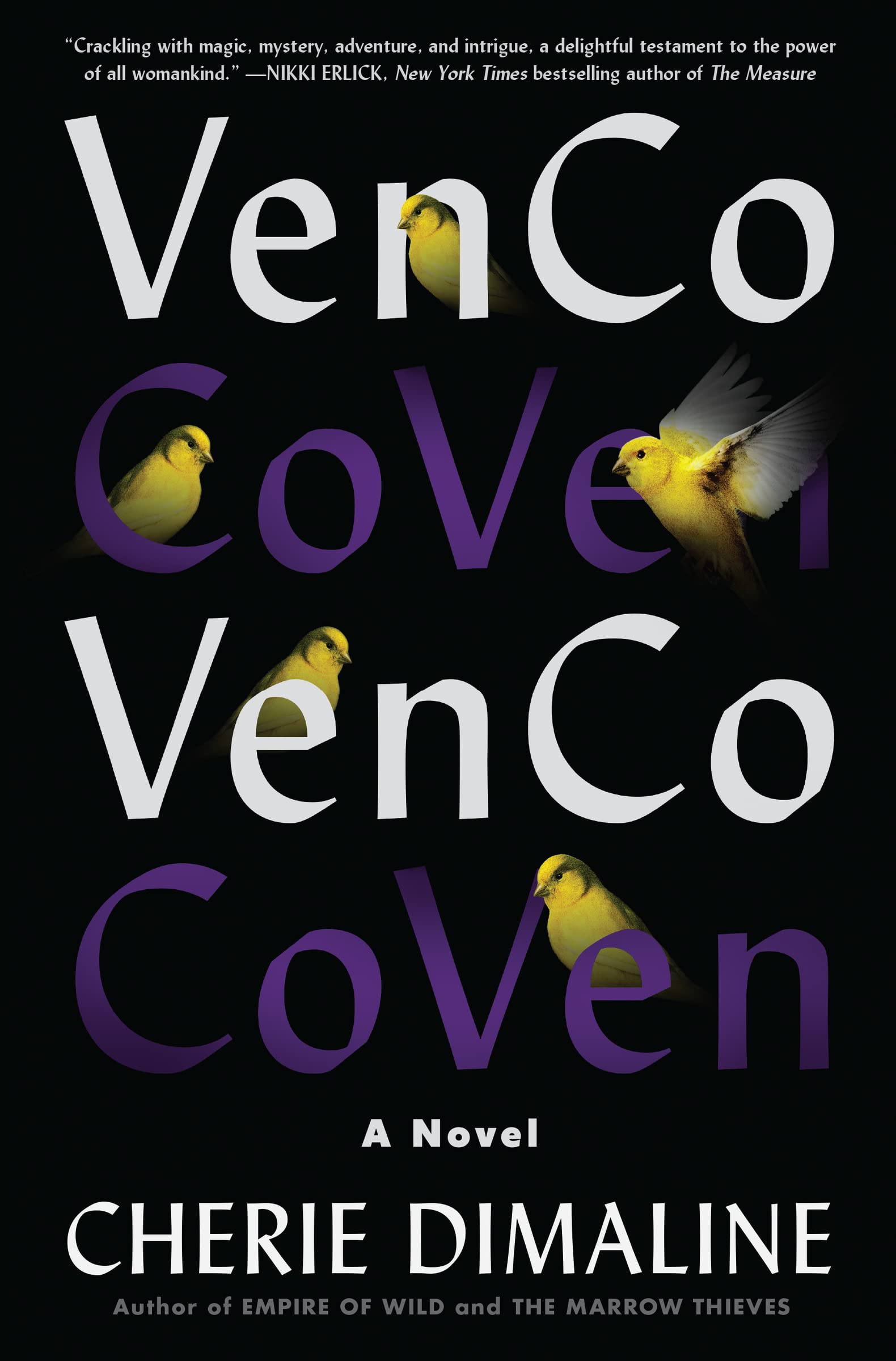 Lucky St. James is living with her uncooperative but adoring grandmother, about to be evicted, when one night she feels an irresistible call to something other-worldly. She burrows through a wall until she finds a tarnished silver spoon, etched with the image of a witch and the word SALEM. Lucky knows about the magic of her indigenous ancestors, but she isn’t aware of how the spoon connects her to a long line of witches. VenCo is a group of witches that gathers where women gather, waiting since colonial times for the seven spoons to be reunited, returning women to their power. Lucky and Stella journey to the darkly magical New Orleans to find the final spoon, but witch-hunter Jay Christos is stalking their every move. The final showdown will determine if VenCo will remain underground, or reign in a new beginning. 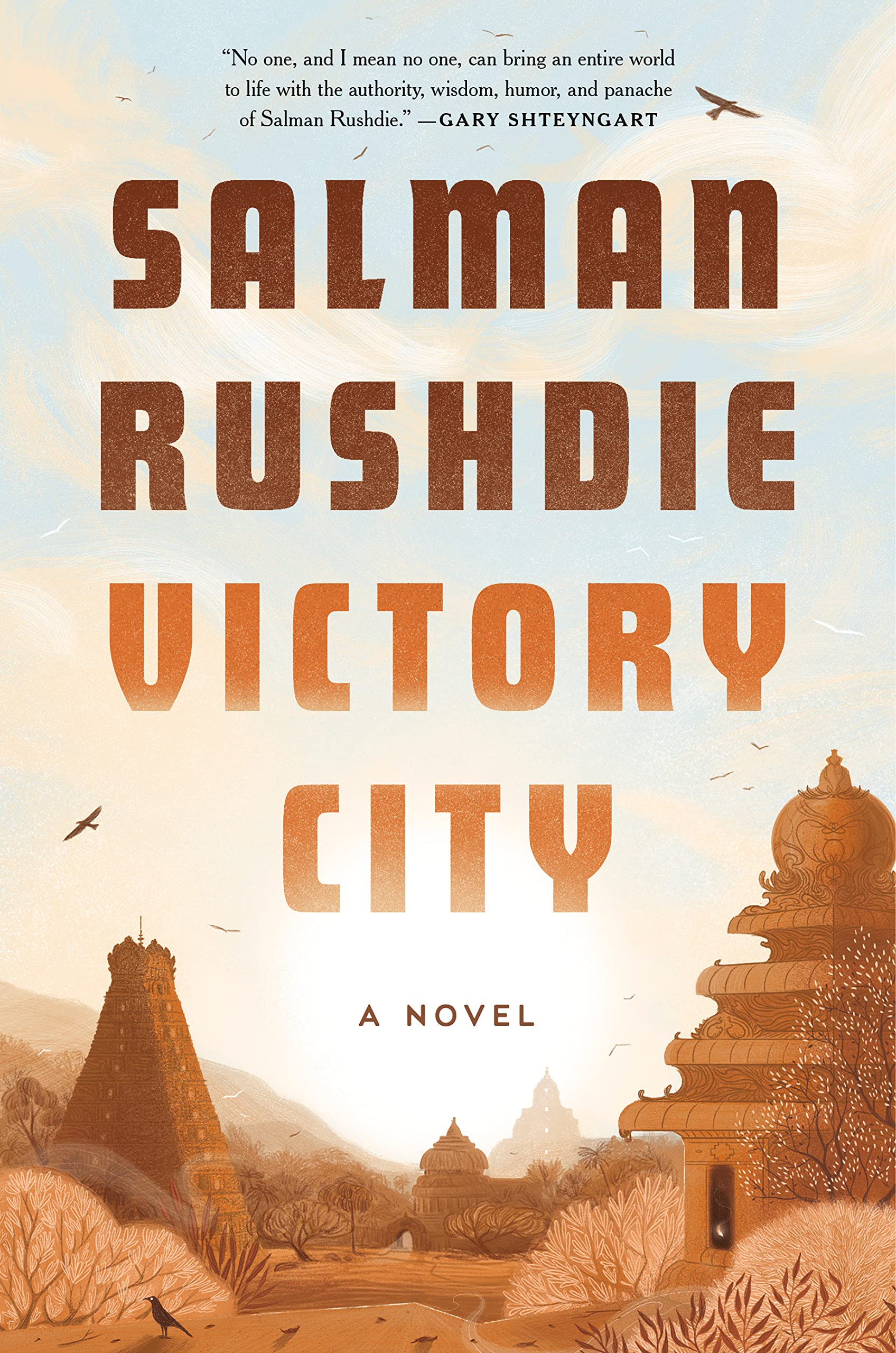 Soon after nine-year-old Pampa Kampana witnesses her mother’s death, she becomes a vessel for the goddess Pampa, her namesake, and is granted incomprehensible powers. Speaking from the girl’s mouth, the goddess tells her she will be an important part of creating “the wonder of the world.” When she makes the city of Bisnaga, the victory city, her life is deeply interwoven over the next 250 years, and she tries to make good on her task from the goddess: to give women equal agency in a patriarchal world, which proves difficult as the complexities of war and allegiances shift, with Pampa Kampana at the center. 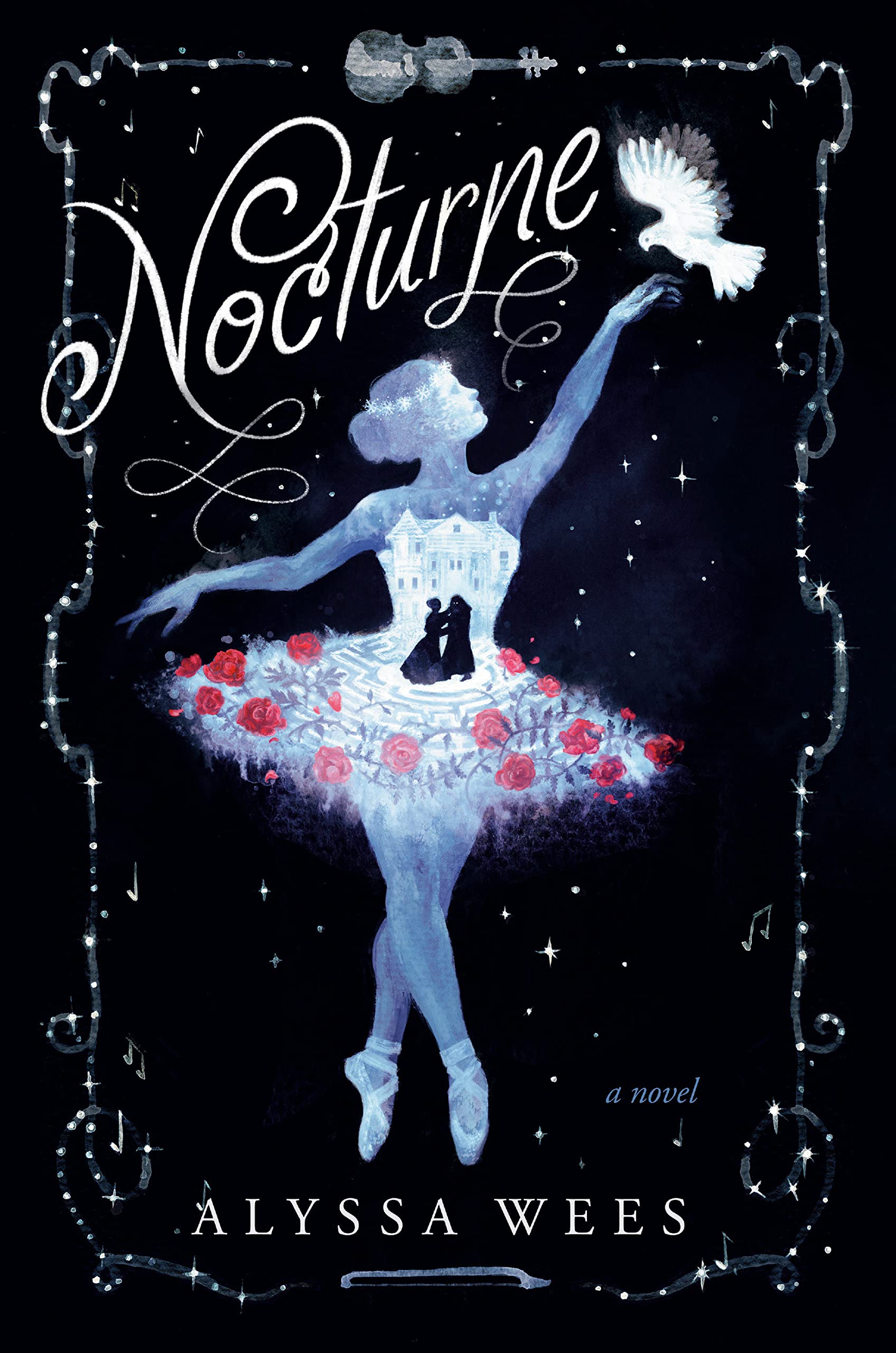 Grace Dragotta has always dreamed of being a ballerina. When she becomes an orphan, she chooses the Near North Ballet company as her new home, hoping to live a life of beauty, far different than her poor upbringing as an immigrant. Years later with the Great Depression in full swing, Grace has achieved her dream of being top ballerina at the company—but it’s not as transcending as she thought it would be. When a mysterious patron helps her realize that the world is bigger than she imagined, she finds herself unlocking secrets that show her there can be beauty in darkness. 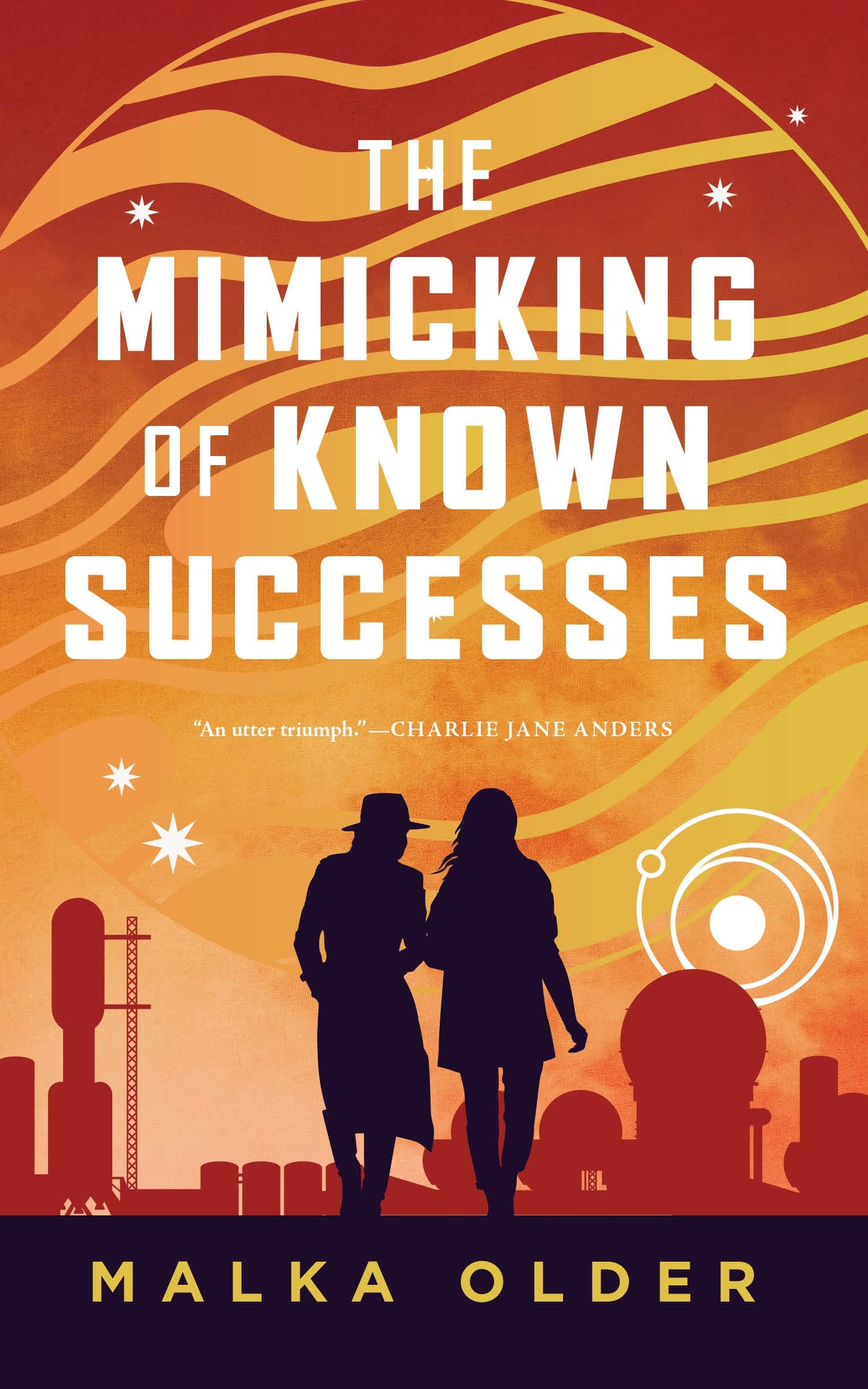 The Mimicking of Known Successes by Malka Older (3/7)

Investigator Mossa is headed to Valdegeld, home of the university on Jupiter, following a lead about a man who has gone missing from the human colony. At Valdegeld, Mossa reaches out to her ex-girlfriend, Pleiti, a scholar who is dedicated to finding a way for humans to return back to Earth. The two work together as they try to figure out a possible future for life on Earth, and for themselves. 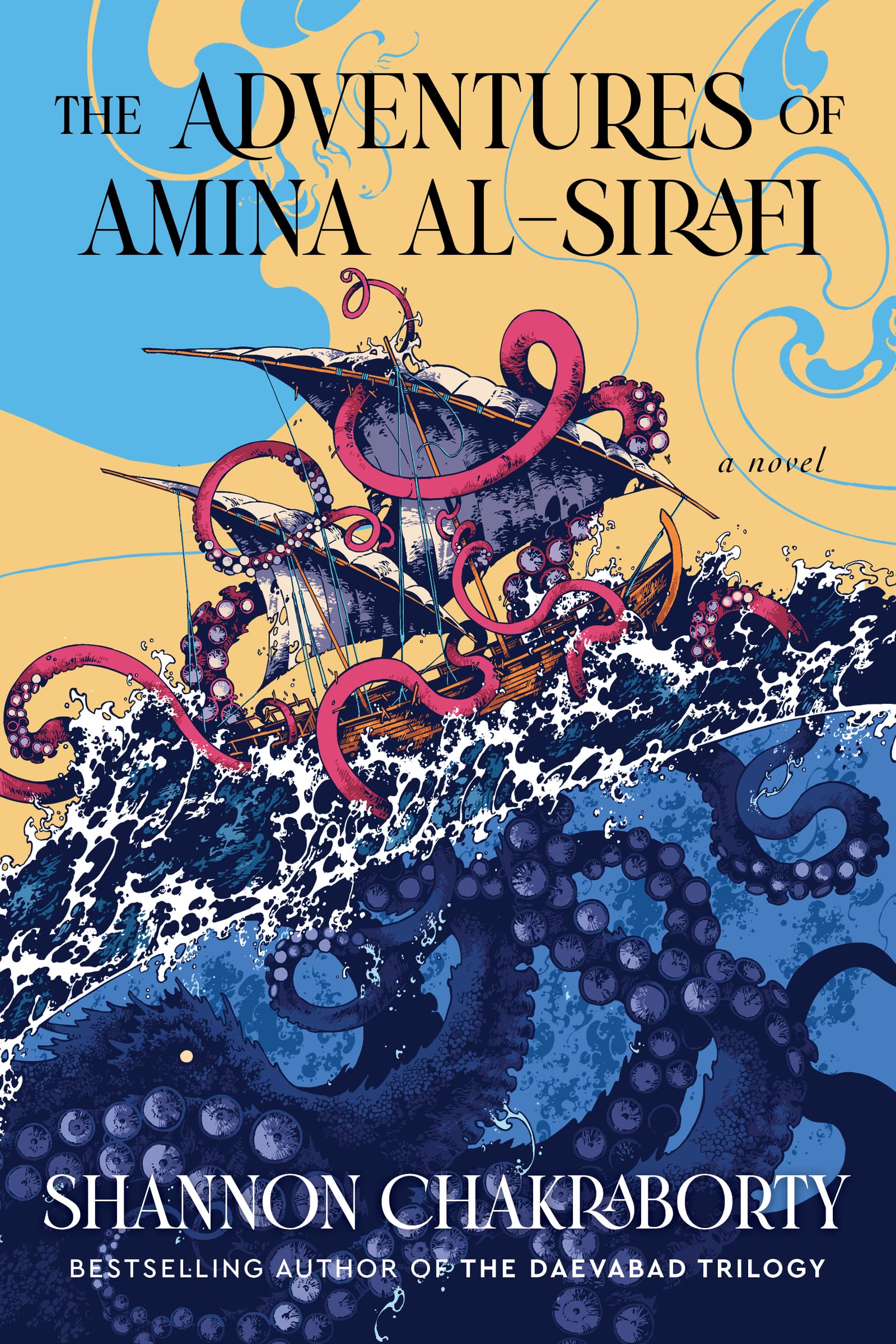 The Adventures of Amina al-Sirafi by Shannon Chakraborty (3/7)

Amina al-Sirafi is a notorious pirate, now retired, who should be content to leave the supernatural behind her and focus on family and motherhood. But when a wealthy mother of a former crewman offers her a handsome sum to retrieve the comrade’s kidnapped daughter, she can’t refuse. Amina is excited about the chance to secure her family’s fortune while helping an old friend—but the further she dives, the more obvious it is that wanting to be a legend may come with a price. 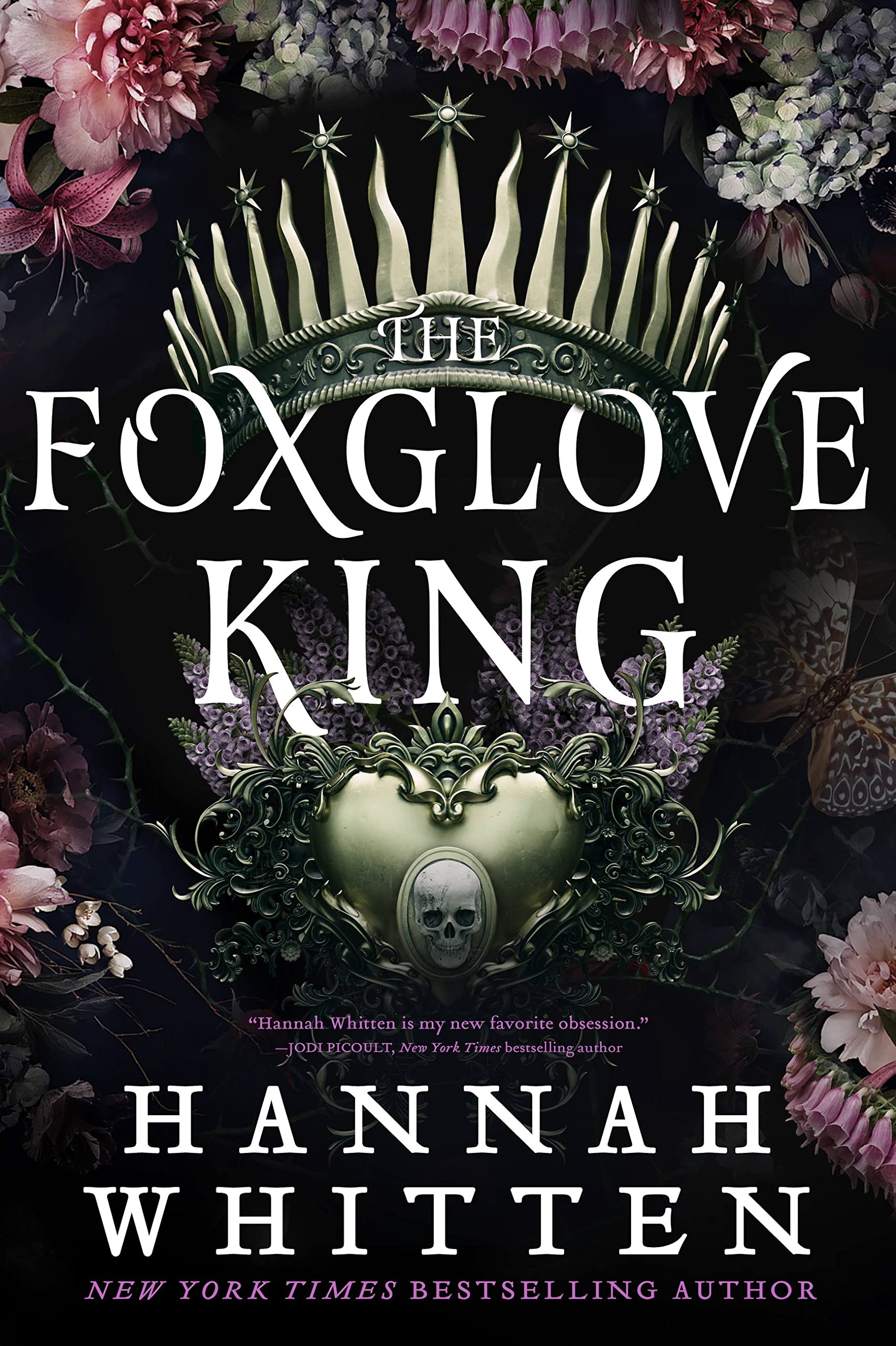 The Foxglove King by Hannah Whitten (3/7)

In the ten years since Lore escaped the cult in Dellaire, her one rule has been to not let them find her. When Lore’s death magic is revealed, she is taken in by Presque Mort, a group sanctioned by the Sainted King to use Mortem, the magic born from death. Lore is forced to work for King August, use her magic to find out why entire villages are dying, and enter into an opulent society of religion, politics and forbidden romances. 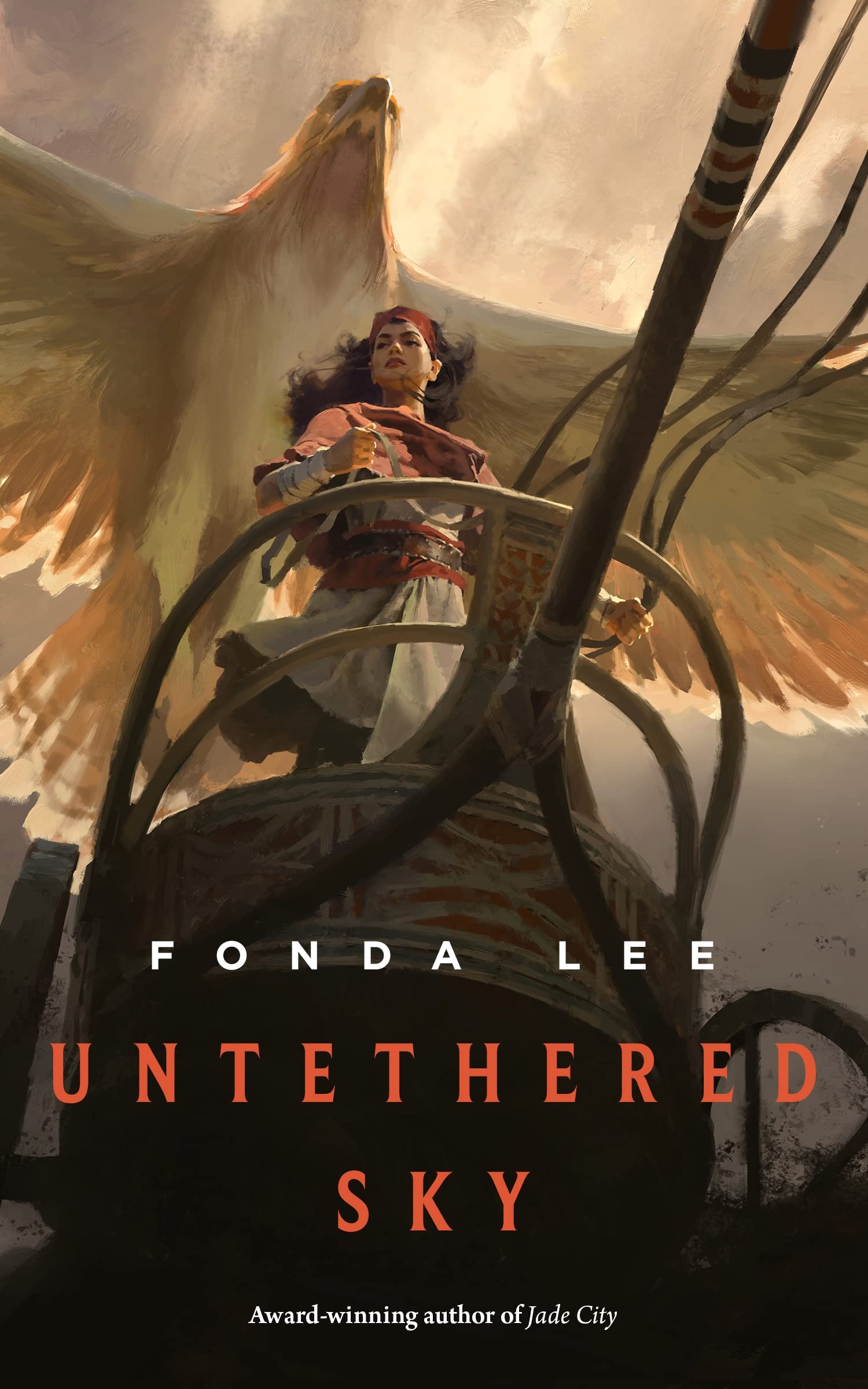 After losing her mother and baby brother to a manticore, Ester has an overwhelming urge to kill the monsters that took them. Ester journeys to the King’s Royal Mews, where dedicated and brave riders, known as ruhkers, fly the giant rocs of legend, hunting manticores. Paired with fledgling roc, Zahra, Ester finds purpose in her calling, leading her to an epic manticore hunt and a terrifying journey of self discovery. 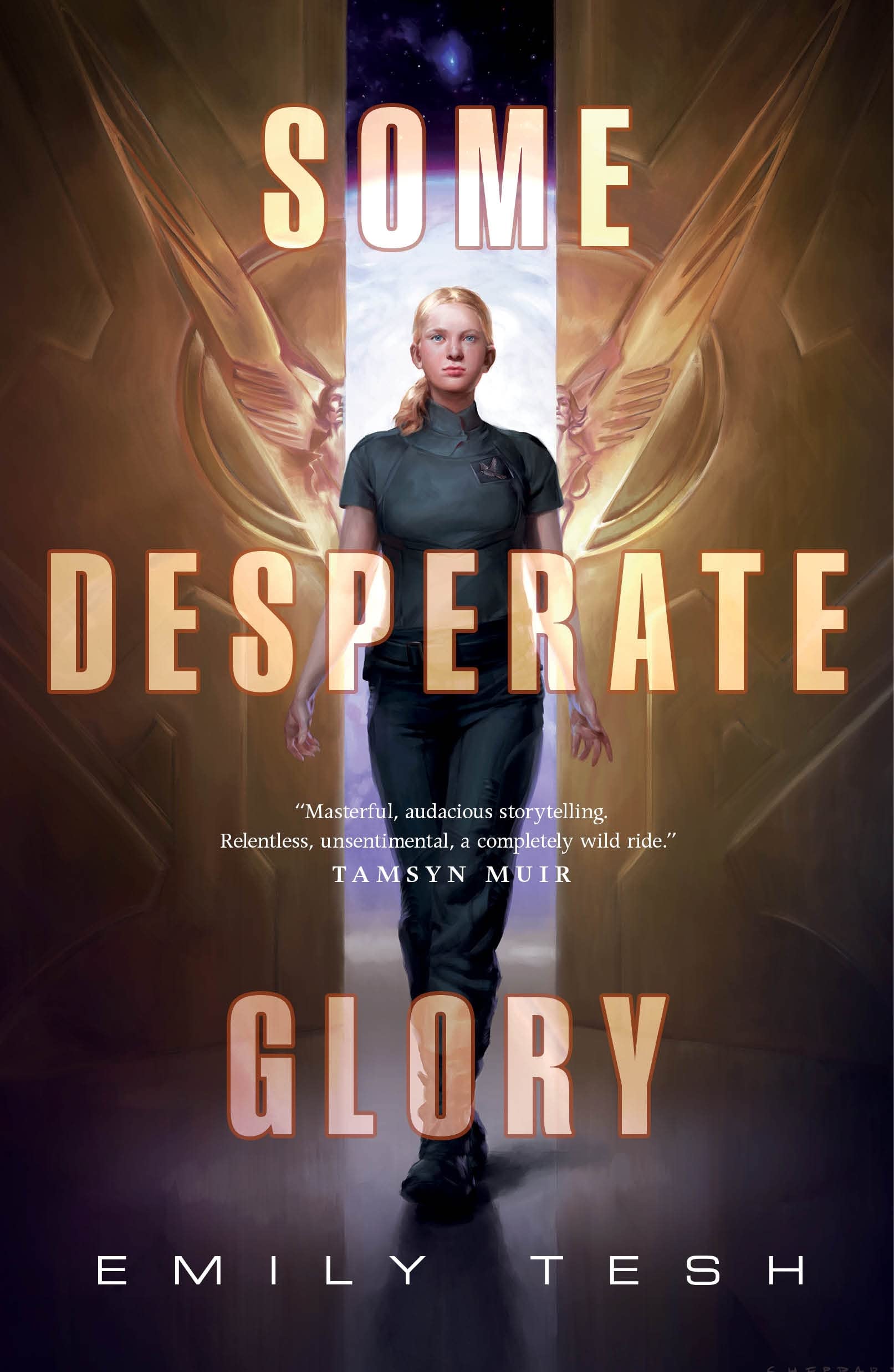 Along with the last scraps of humanity, Kyr lives in the bowels of Gaea Station, where she has trained her whole life, waiting to avenge the murder of planet Earth. When her brother is assigned to certain death by the Command, and her to live her life in the Nursery, expected to bear sons or die trying, she knows she must take revenge into her own hands. Leaving all she’s ever known, Kyr is accompanied by her brother’s friend and a captive but lonely alien as she discovers the universe is far more complicated than she thought.

Here are the best science fiction books of all time>> 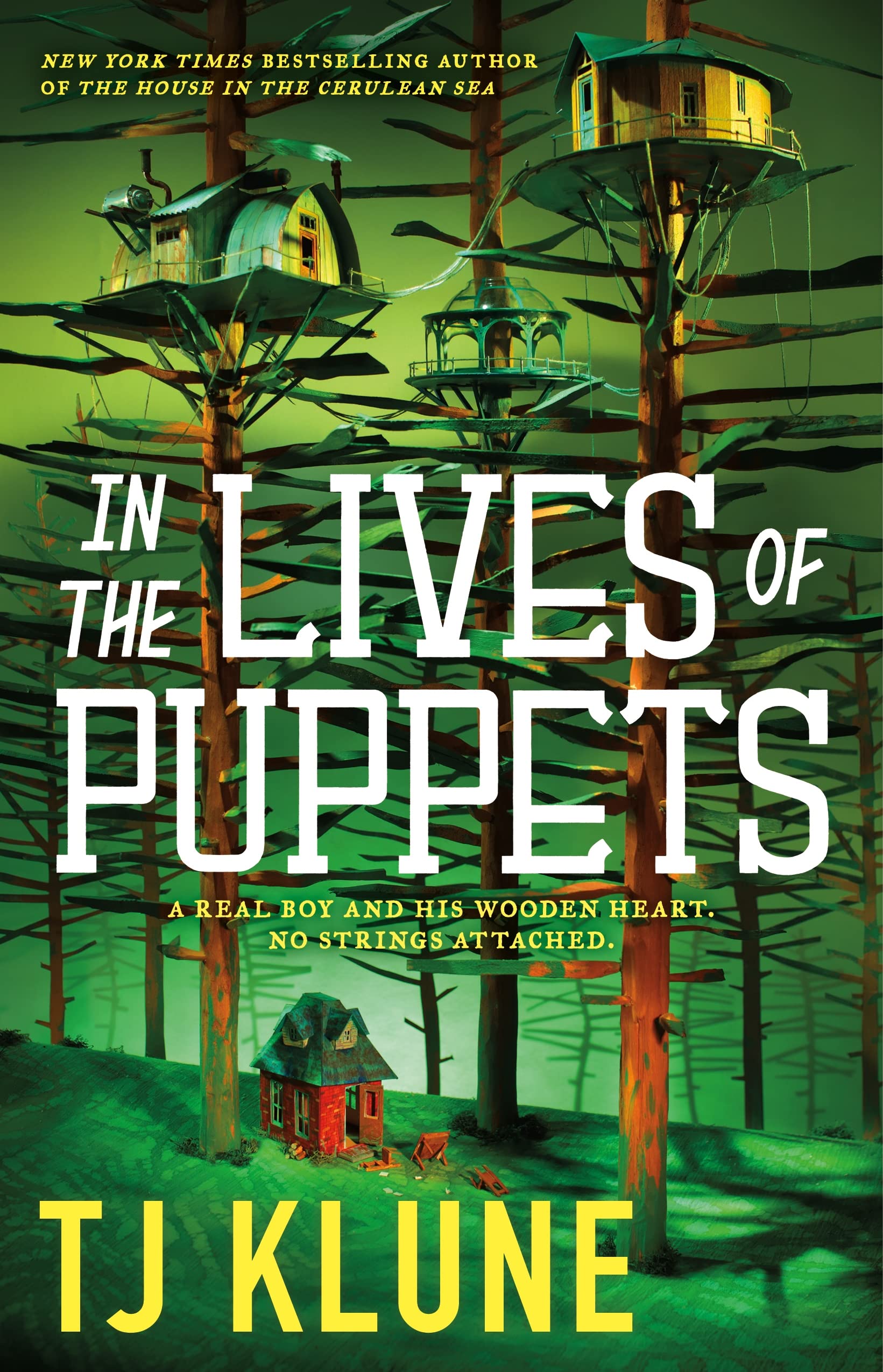 From the bestselling author of The House in the Cerulean Sea, we are introduced to Victor Lawson and his peculiar home among the trees, and his even more peculiar roommates: three robots. When Victor learns that the fatherly inventor android, Giovanni Lawson, has a past hunting humans, things take a turn for the worst as robots from Gio’s former life learn their whereabouts, and their hidden home in the trees is no longer a safe haven. When Gio is stolen and taken back to his old laboratory, Victor and his assembled friends must journey through an otherworldly country to rescue him. 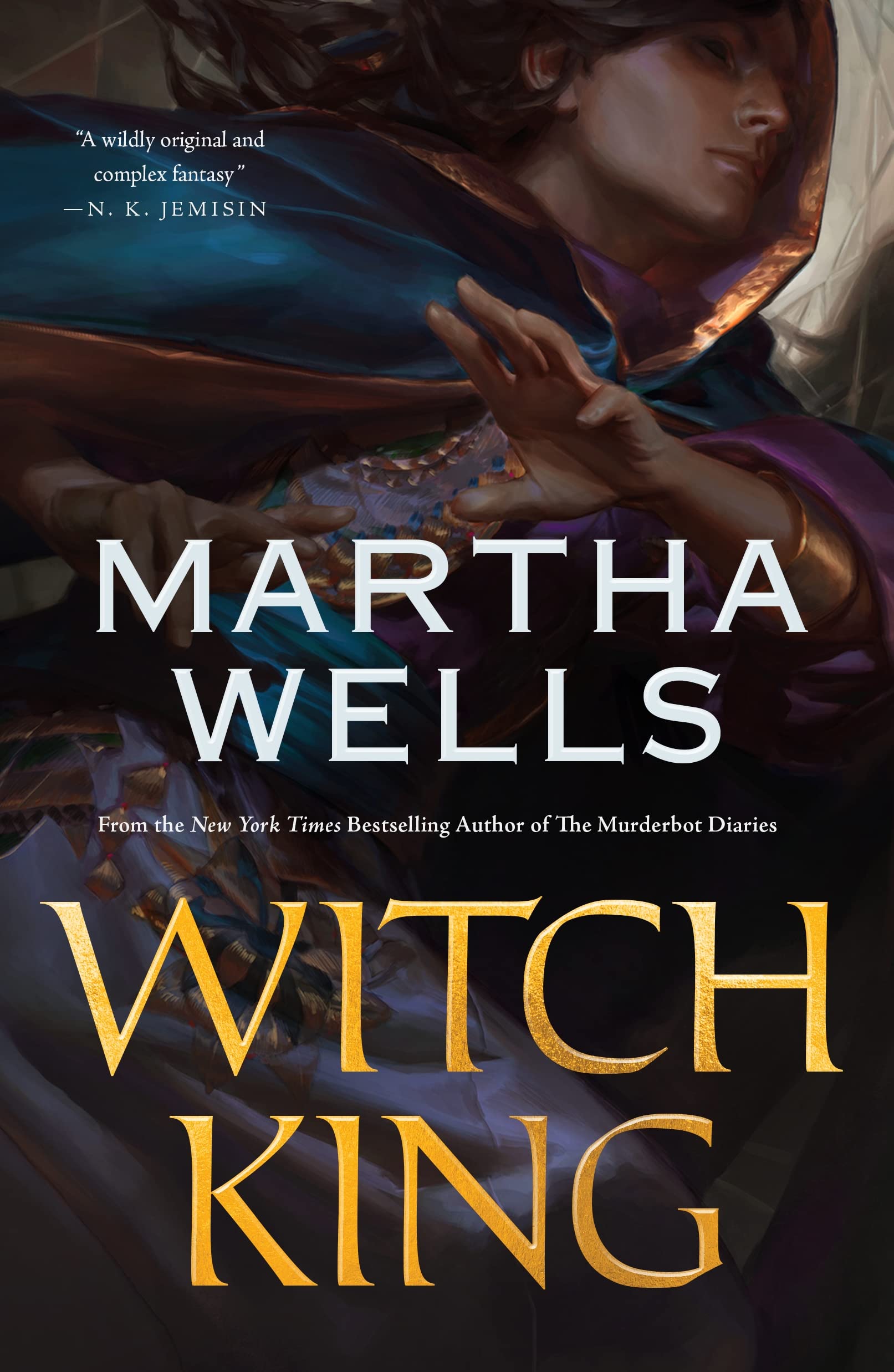 Kai, trapped in an elaborate water trap after his murder, is unaware of the passing of time, or why he was imprisoned in the first place. When he wakes to someone trying to steal his magic, it doesn’t end well. Kai wonders what has changed since his assassination, and why the Rising World Coalition seems to be growing, but he is not going to like the answers. He must draw on his allies and harness his pain magic in order to find out. 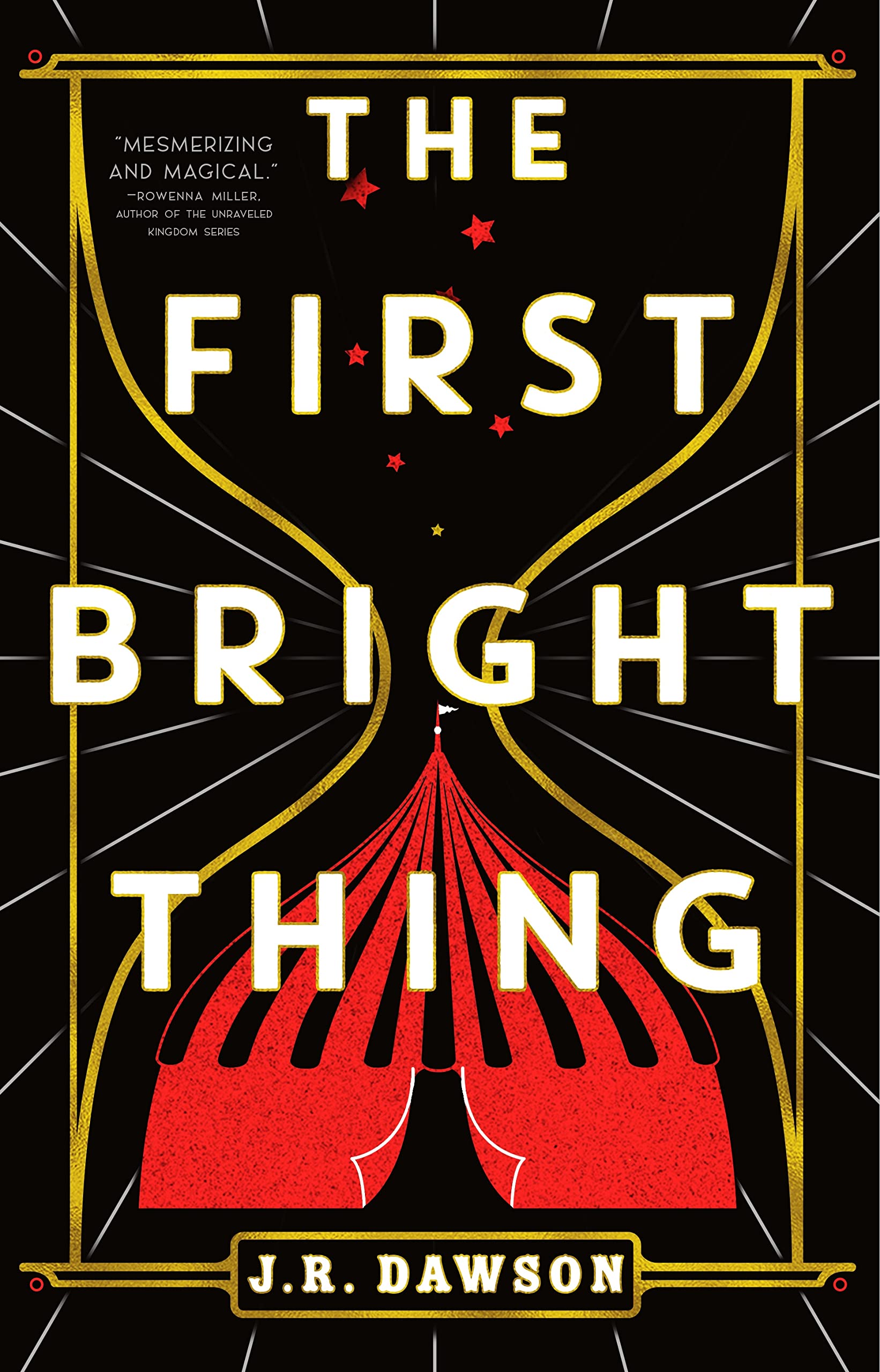 It’s the Circus of the Fantasticals, and ringmaster Rin, can jump to different moments in time, and her wife, Odette, soars from bar to bar. Every night, Rin and her crew of misfits and outcasts, known as the Sparks, enchant audiences who come to see the impossible. As the impending war threatens the circus, so does the past. Now, there is a new, darker circus in town, and a ringmaster with dangerous power. And Rin’s circus has something he wants. 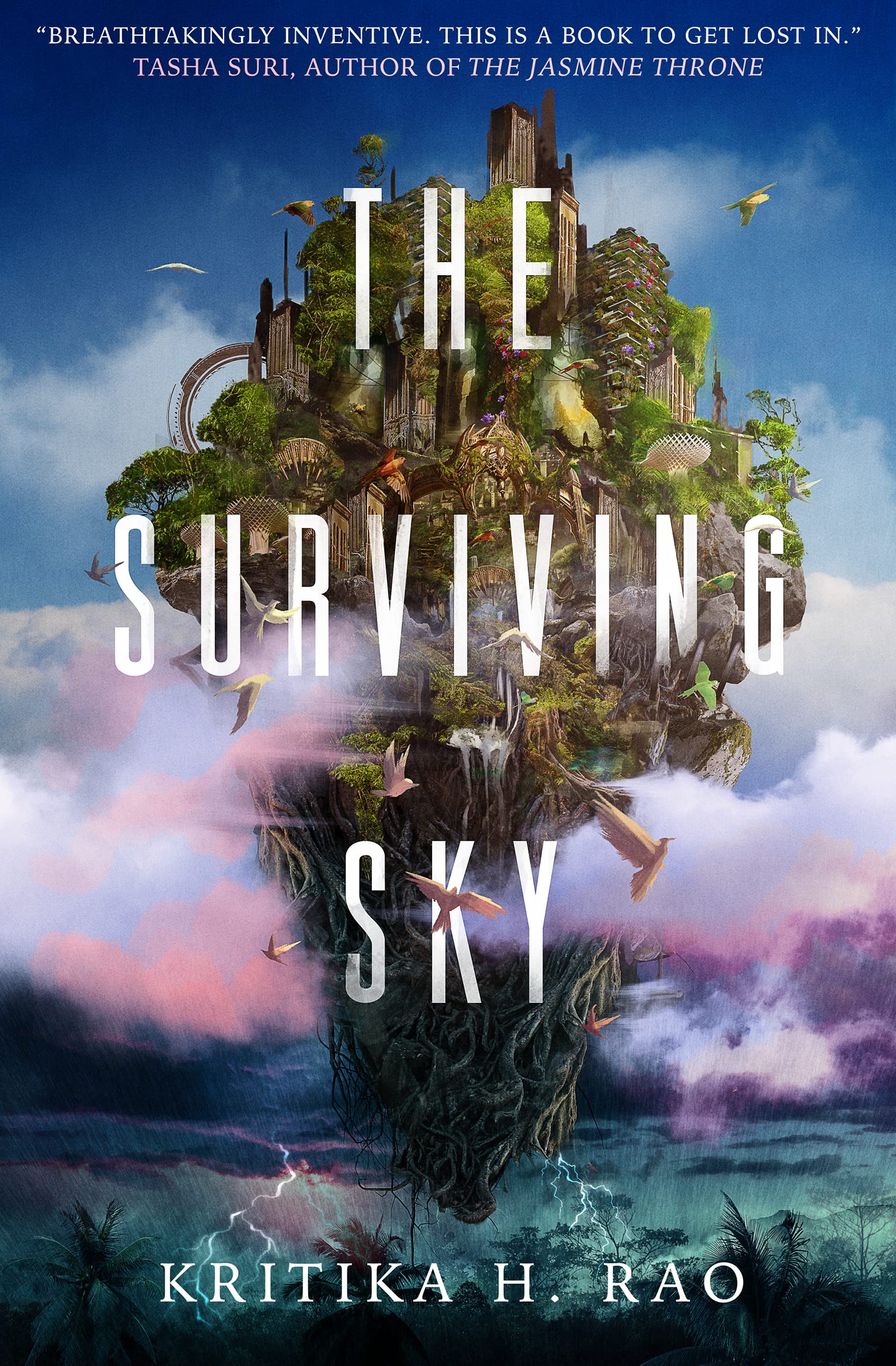 The last refuges of humanity float above a jungle-planet in plant-made civilizations, held together by science, tradition and technology. Here, architecture is of utmost importance. Without the abilities to manipulate the architecture, the cities would fall to the earthrage storms below. Iravan is an architect and his word is basically the law—although his wife Ahilya seeks change, and to tip the the balance of rule. When Iravan is accused of taking his abilities to forbidden lengths, deathly truths emerge that threaten their marriage and also their city as it plummets toward the earthrages.

We love this list of dystopian thrillers for fantasy lovers>> 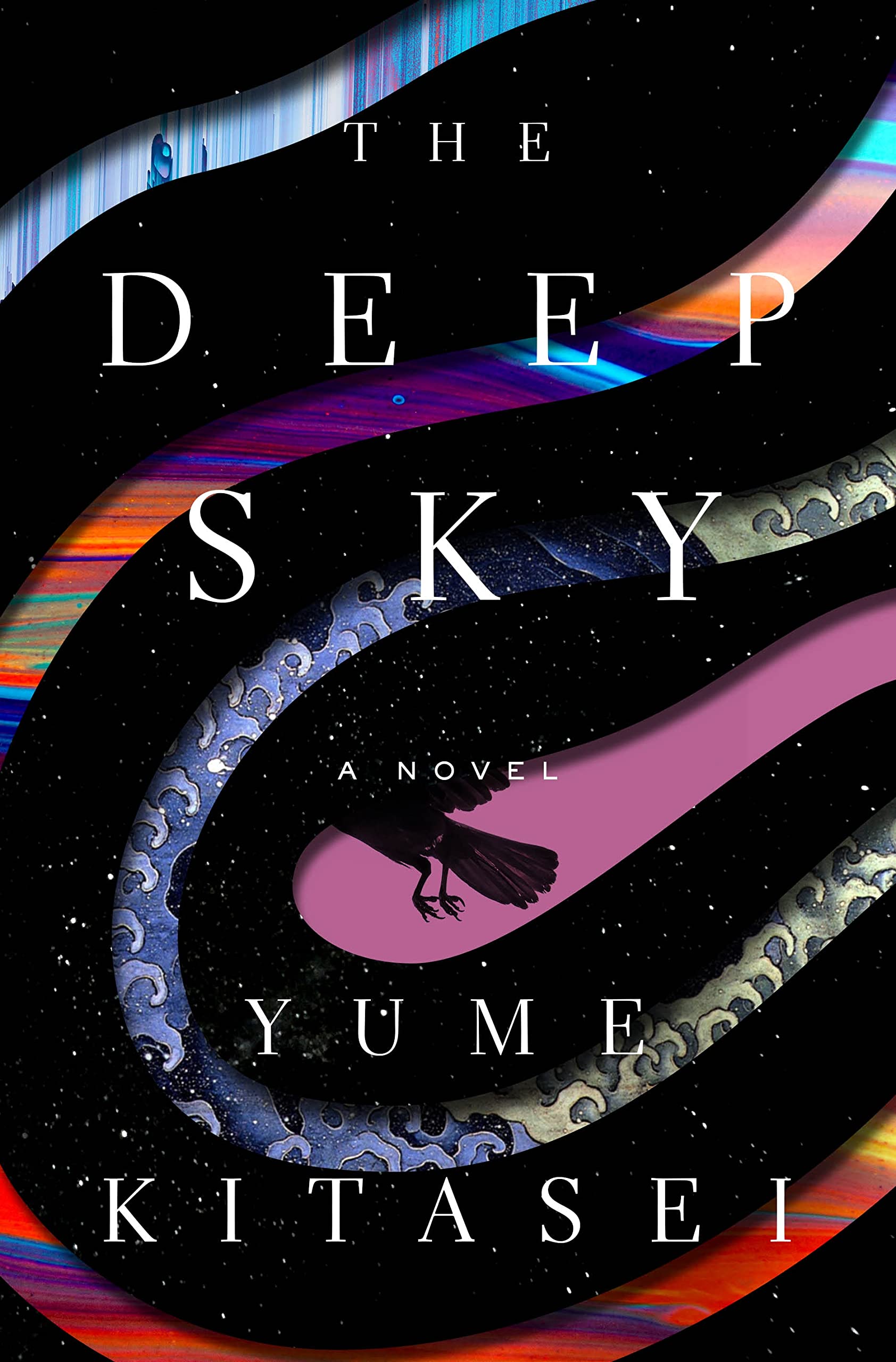 A ship carries eighty elite graduates on the eve of Earth’s environmental collapse. Set to give birth in deep space, they are humanity’s last hope. Halfway to a livable planet, a lethal bomb kills three crew members, knocking the ship off course. Chosen to represent Japan in the mission, Asuka, a half-Japanese American, already feels like an imposter. When the crew starts to suspect her and everyone begins turning on each other, Asuka is determined to find the culprit before they strike again. 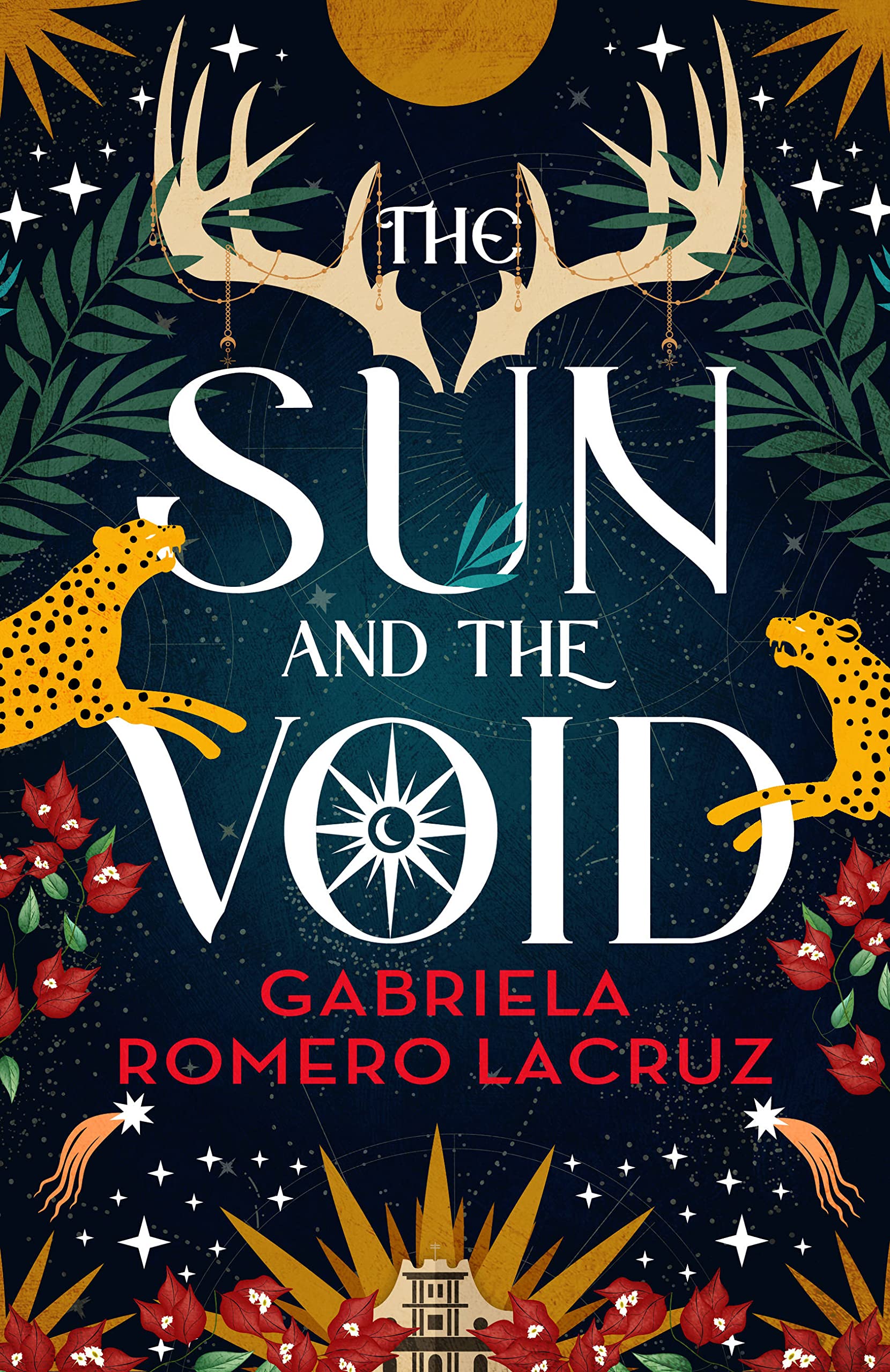 The Sun and the Void by Gabriela Romero Lacruz (7/25)

Reina is on the verge of death when she arrives at Aguila Manor, her heart stolen from her chest. When her estranged grandmother, a dark sorceress in the Don’s employ, intervenes, Reina finds herself indebted to a woman she never knew. She also finds herself smitten with Celeste, the daughter of the house, and wanting to earn the family’s favor. Soon, she’ll have to defy the gods themselves to save the woman she loves. 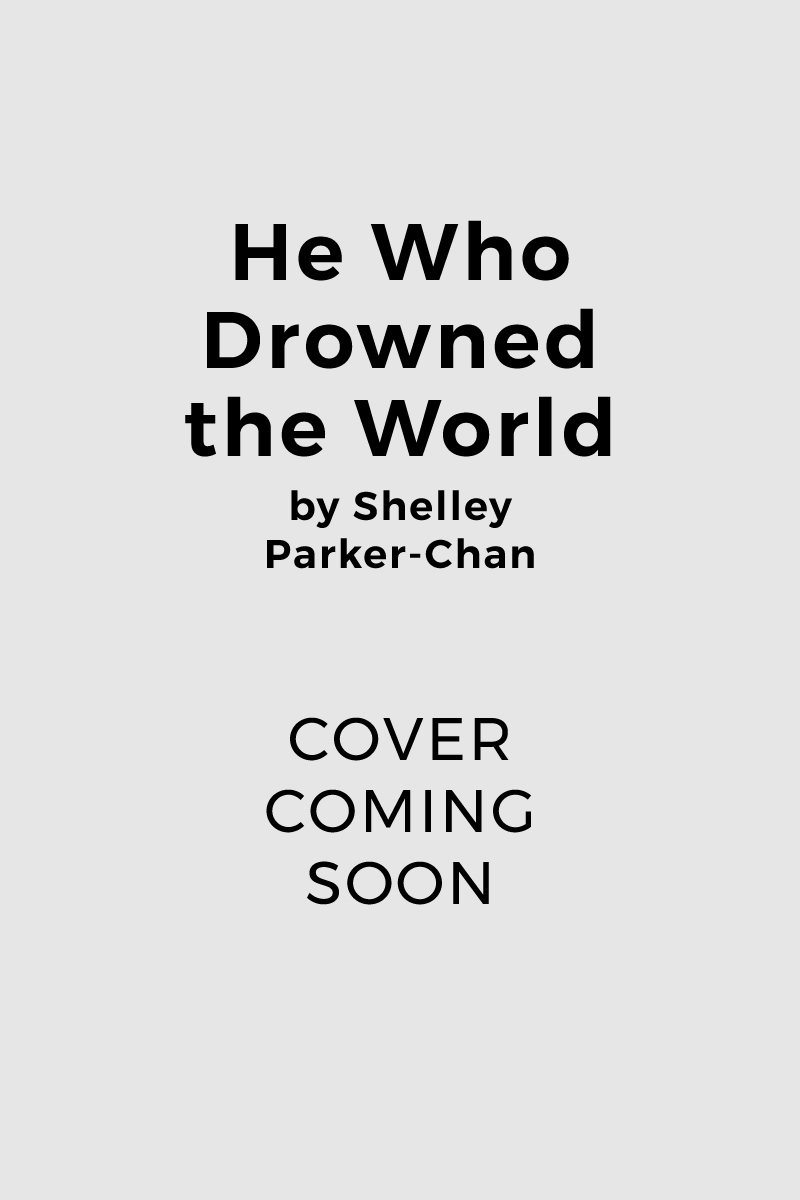 He Who Drowned the World by Shelley Parker-Chan (8/22)

Zhu Yuanzhang has a new desire since freeing southern China from its Mongol masters, to crown herself as emperor. But the Radiant King isn’t the only ambitious one: Madam Zhang, her neighbor to the south, also wants the throne for her husband. Unbeknownst to them, a new contender, Wang Baoxiang, is after revenge, wanting to become the most degenerate Great Khan in history and make a mockery of his family. The contenders and their ruthless hearts will go to great lengths to get what they desire.

Still working on your #TBR list? You won’t want to miss the best sci fi and fantasy that came out in 2022!>>