The Middle Ages covers a large span of time, from the fifth century to the late fifteenth century, and those who choose to write books set somewhere in that window of time often write trilogies or series. Lauren Groff’s new book Matrix and Anthony Doerr’s Cloud Cuckoo Land have sparked a renewed interest in medieval times, so we’re highlighting some of the popular historical fiction books that take place centuries ago.

Here is some of the best literary historical fiction of 2021>> 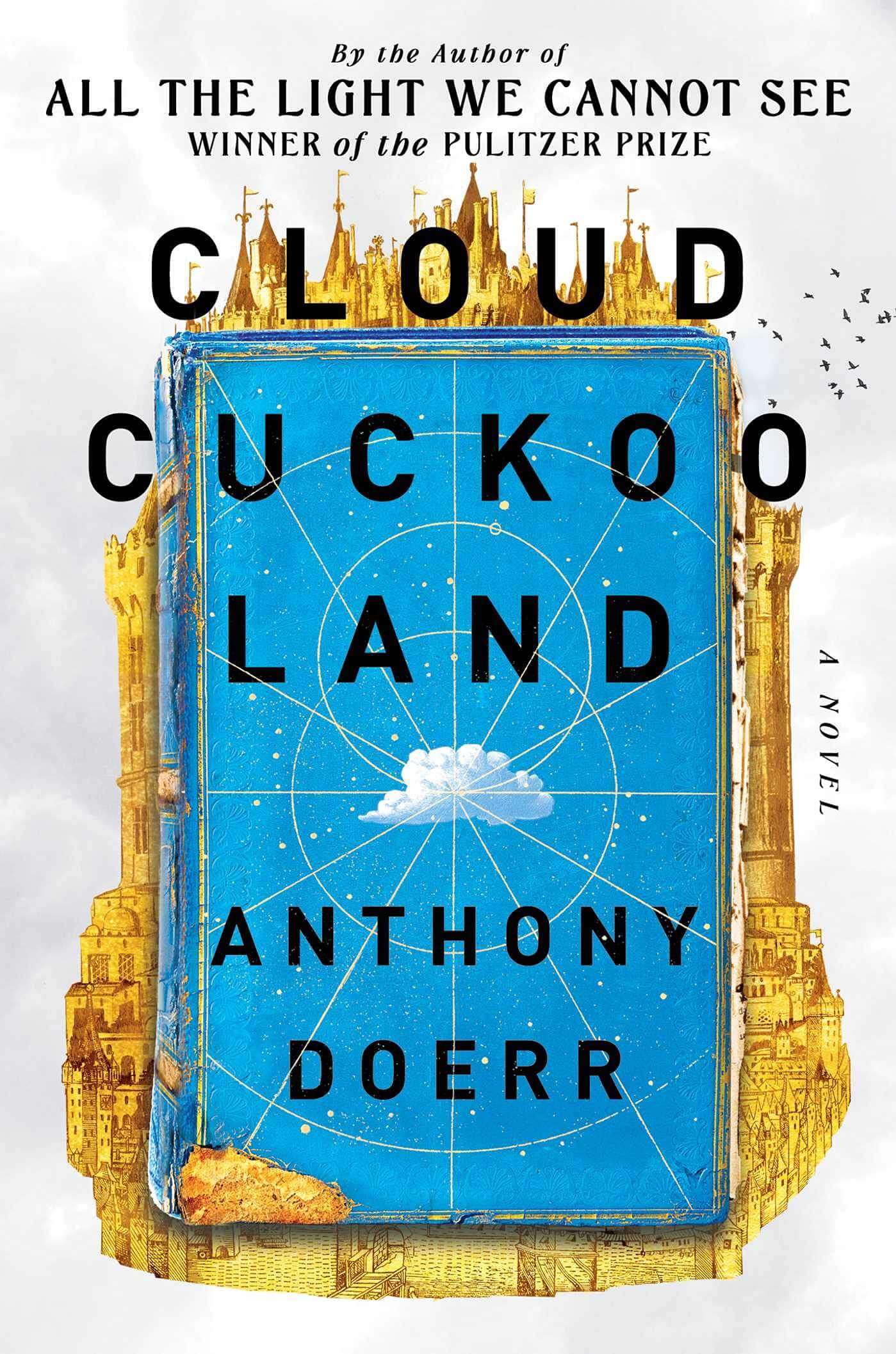 This epic new book by Anthony Doerr is set in three timelines: 1453, the present and the future. In 1453, Omeir and Anna live drastically different lives in the city of Constantinople, one outside the city walls and one on the inside. Unhappy with her life in a convent sewing priests’ robes, she decides to abandon the city taking with her a manuscript she found at the convent entitled Cloud Cuckoo Land. On her way out, she meets Omeir who decides to travel with her—and who ultimately protects both her and the precious manuscript. As the book progresses, the connection between the three timelines is revealed. 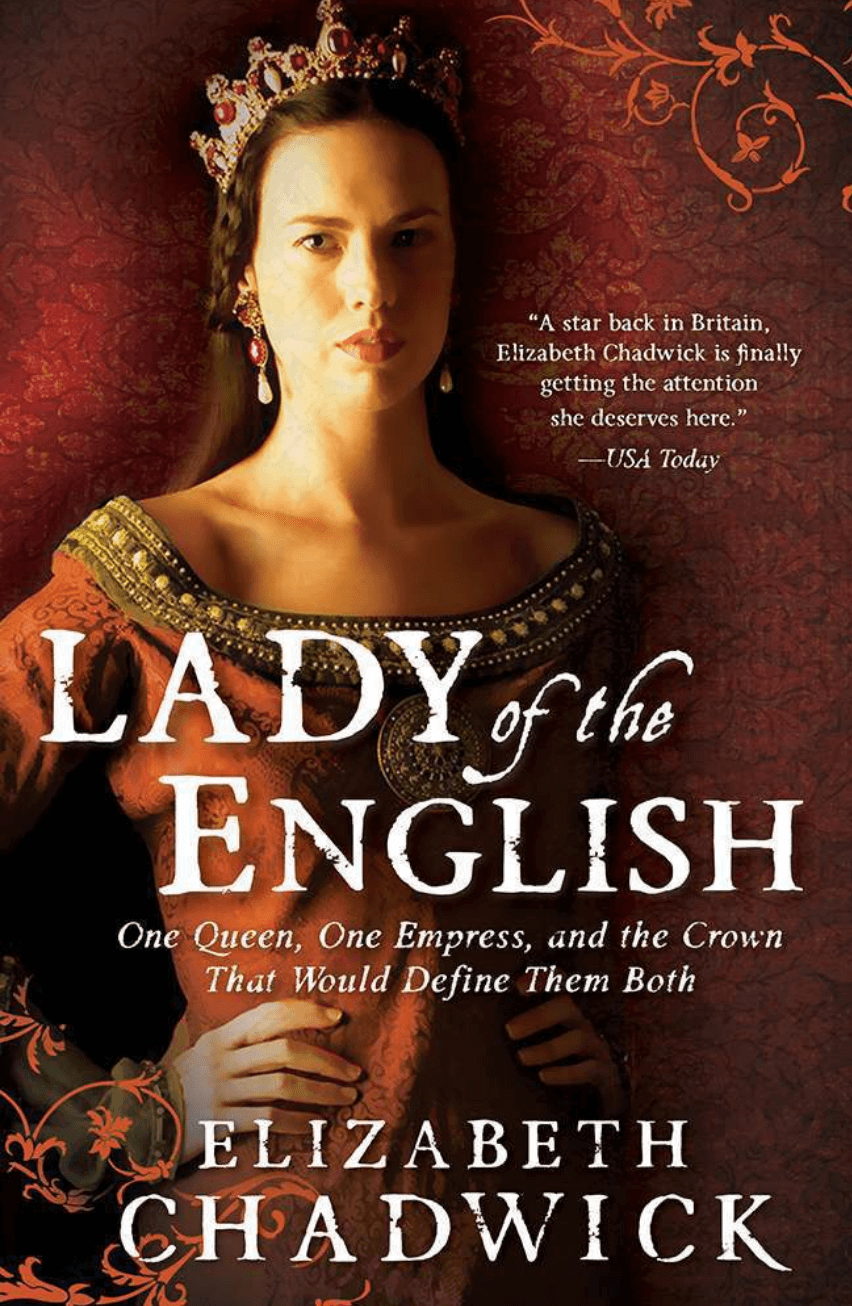 Lady of the English by Elizabeth Chadwick

King Henry I’s daughter Matilda has just come home to England after the death of husband, the German Emperor. Matilda and her stepmother Adeliza become close friends, and before King Henry’s death he requires his nobleman to pledge their allegiance to his daughter Matilda as heir. However upon his death, the nobles instead back her cousin Stephen who assumes the throne. Matilda decides to fight for her throne, creating a rift between her and Adeliza, whose new husband supports Stephen. Matilda must decide whether it is worth the cost to pursue her rightful position—and how far she will go to ensure her place in history. 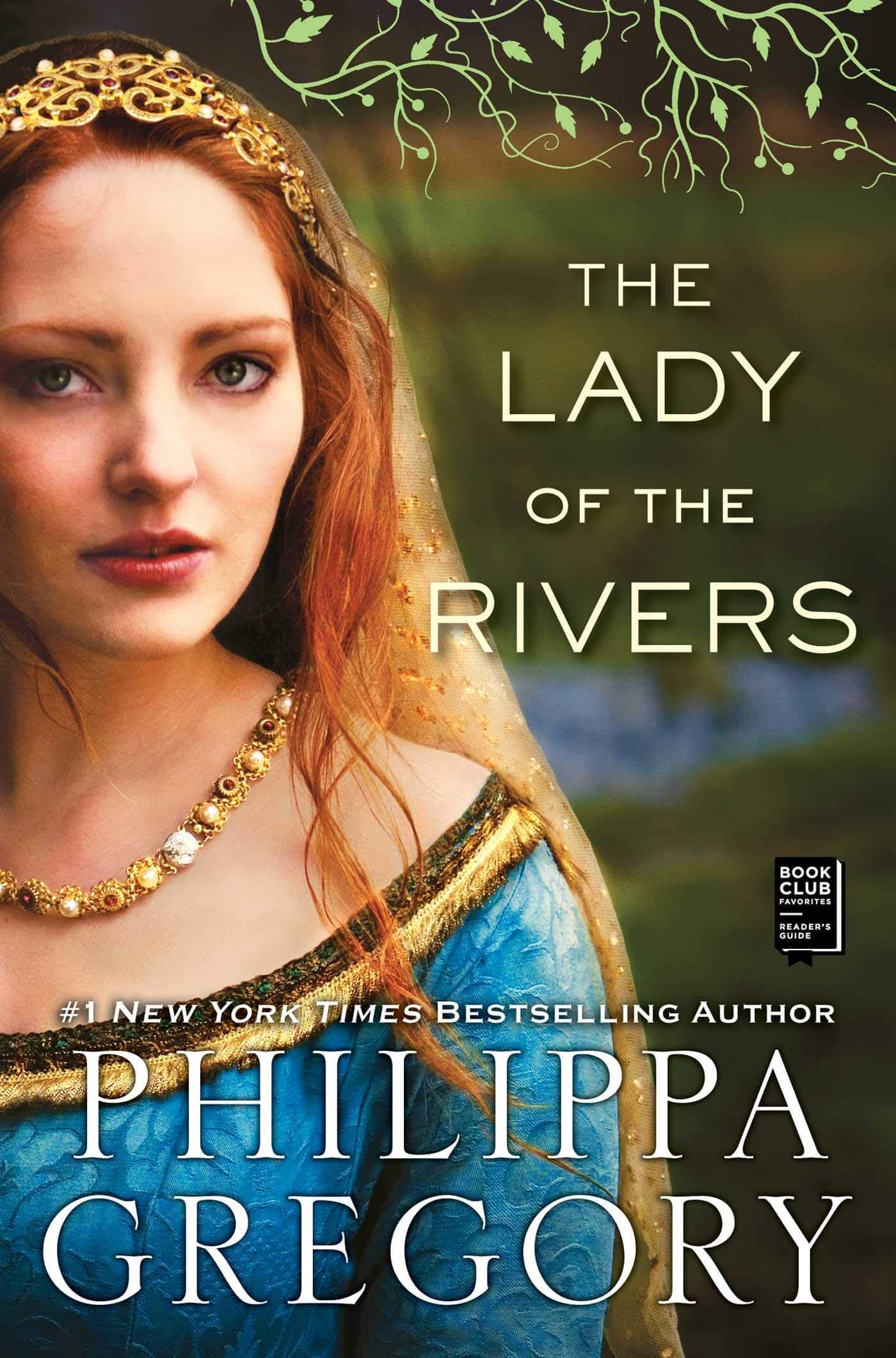 The Lady of the Rivers by Philippa Gregory

Jacquetta Woodville is a lady-in-waiting to Margaret Anjou, who in 1445 becomes the Queen of England. She descends from Melusina, a water goddess, and this connection provides Jacquetta with power and prestige along with her relation to royalty all across Europe. She married John Duke of Bedford and was subsequently widowed at 19. She then chooses to pursue love and risks everything. This is the first installment in a long series set during the Cousins Wars and the War of the Roses. 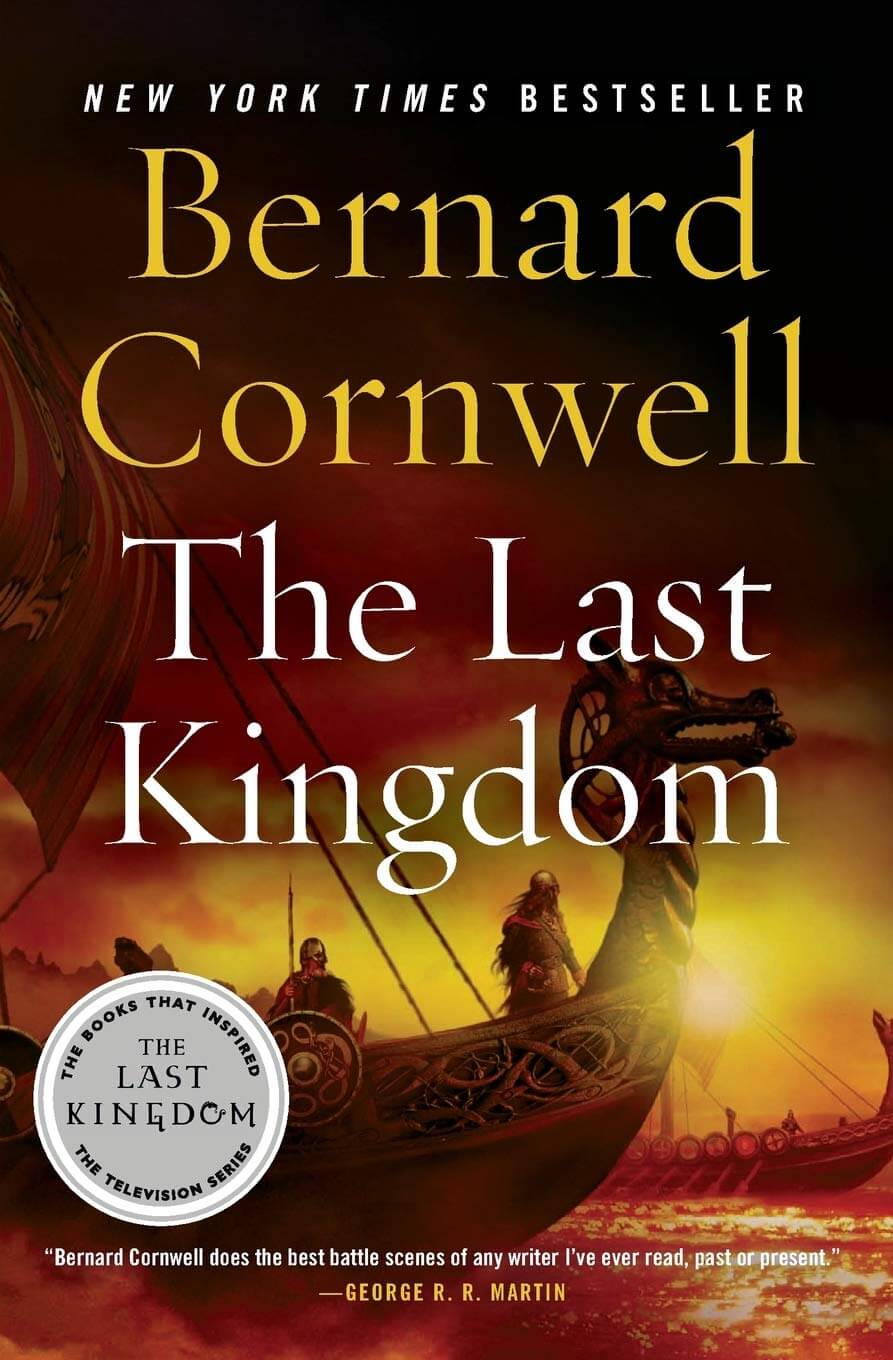 The Last Kingdom by Bernard Cornwell

The Last Kingdom describes the story of King Alfred the Great, who, with his sons and grandsons, defeat the Danish Vikings that ruled over three of England’s four kingdoms during this time period. Uhtred, born a Christian but raised by pagan Danes, narrates the tale as he first sides with the Vikings. However, he comes to understand that to regain his father’s land, the enchanting fort of Bebbanburg by the wild northern sea, he must side against the Danes. Based on documents from Cornwell’s ancestors, this popular book is the first in a long series. 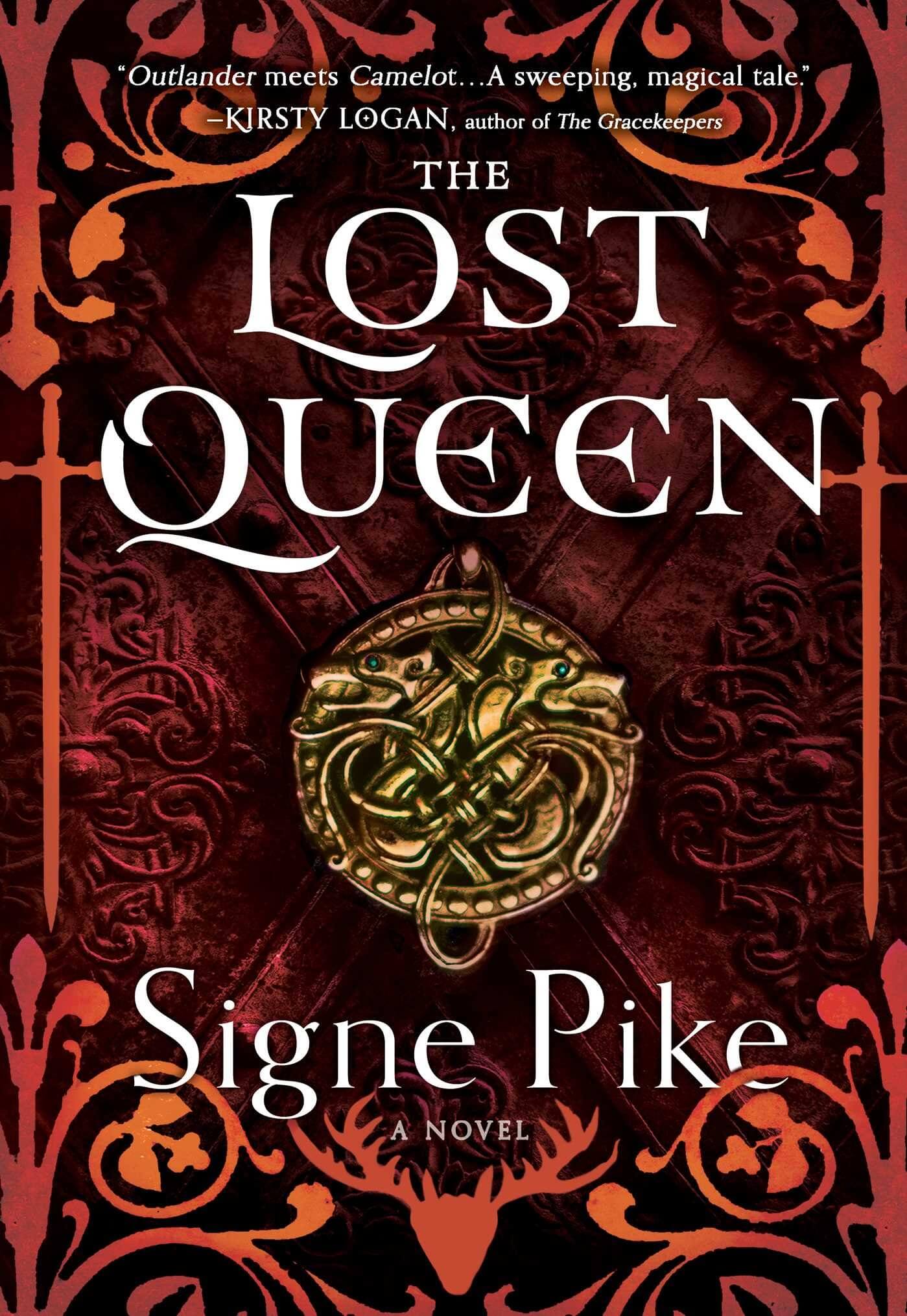 The Lost Queen by Signe Pike

Languoreth, twin sister of Lailoken who inspired the myth of Merlin, is brought to life in The Lost Queen. Sixth-century Scotland is experiencing a new religion on the rise, Christianity, while also facing invasion by the Anglo Saxons. In the midst of the turmoil, Languoreth falls in love with a warrior but instead is forced to marry the son of a Christian king for political reasons. The Lost Queen is the first in a trilogy; books one and two have been published, and Pike is working on book three. 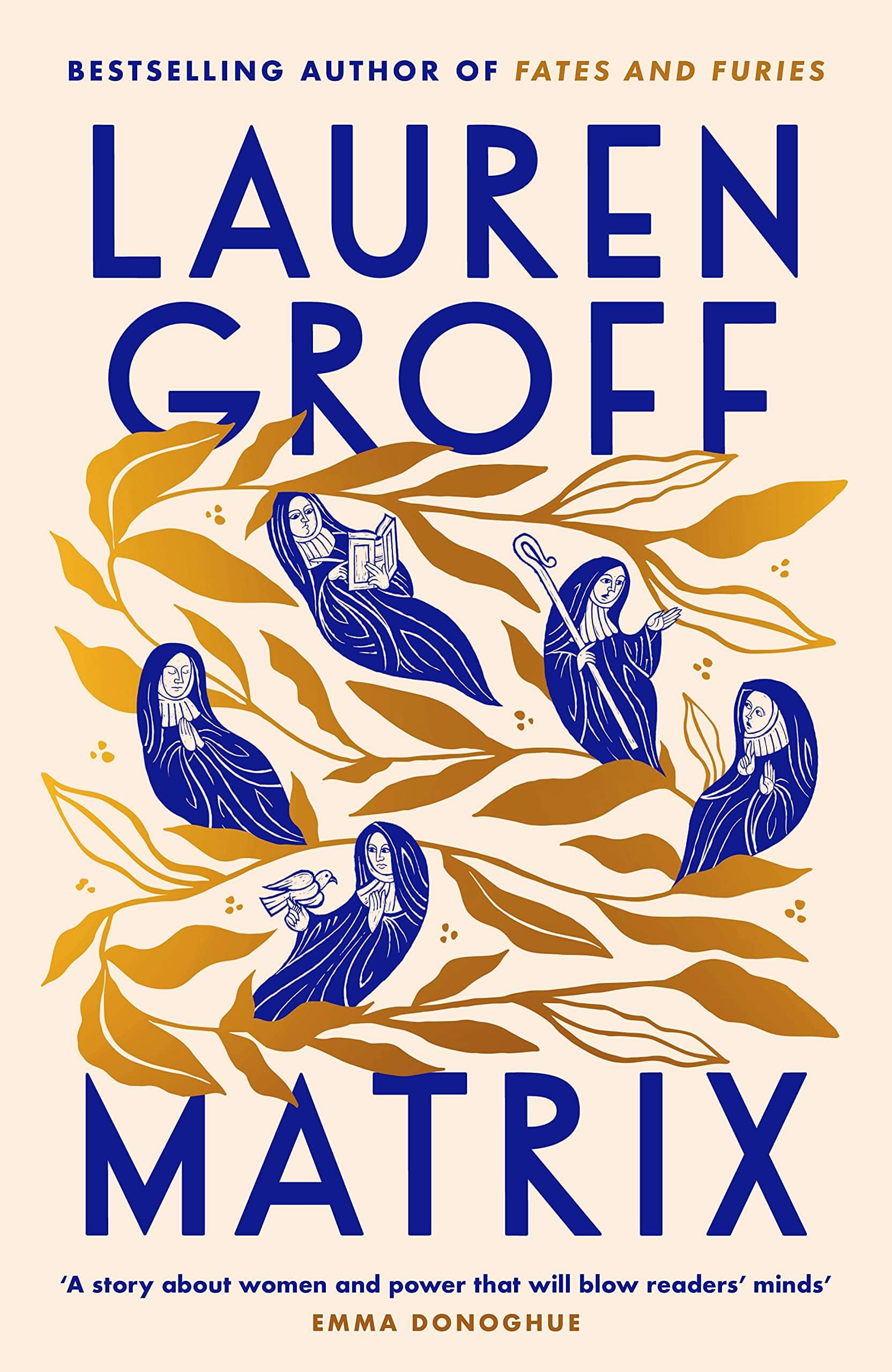 Set in the twelfth century, Matrix follows Marie de France, who is cast out of Eleanor of Aquitaine’s court and sent to run a rundown and poverty-stricken abbey. Initially, Marie struggles to accept her fate as the prioress of this mis-managed and miserable abbey, but over time she learns to accept her fate and seeks to transform the fortunes of both the abbey and the women living there. Groff’s Marie is loosely based on a real life woman. 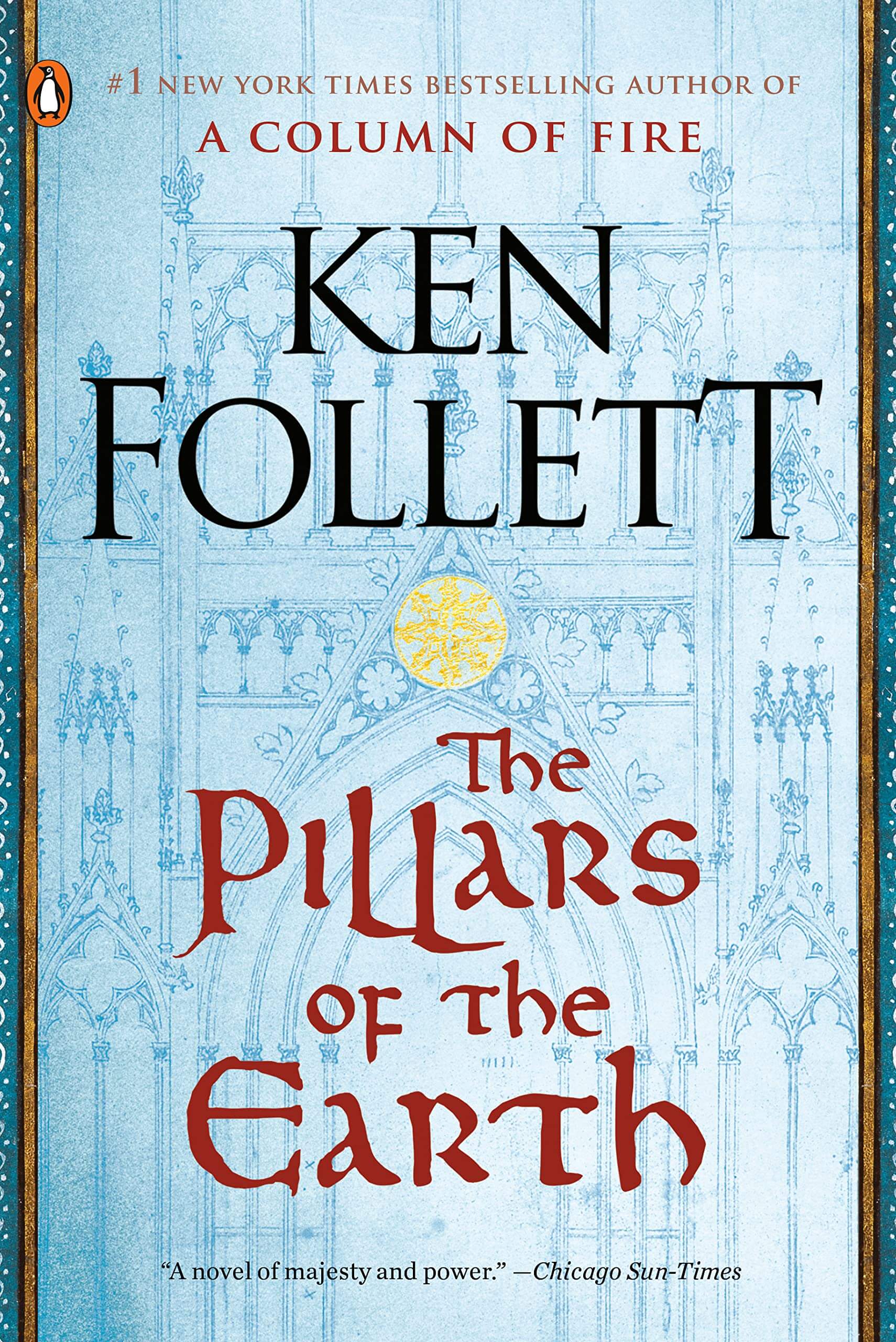 Pillars of the Earth by Ken Follett

Pillars of the Earth tells the tale of a monk in twelfth-century rural England who feels compelled to build the grandest Gothic cathedral in the world. Through authentic, carefully drawn characters and an intricately crafted setting, Follett vividly brings England during the Middle Ages to life – politics, romance, war and betrayal all appear in this lengthy and beloved book. Pillars of the Earth is the first in a trilogy. 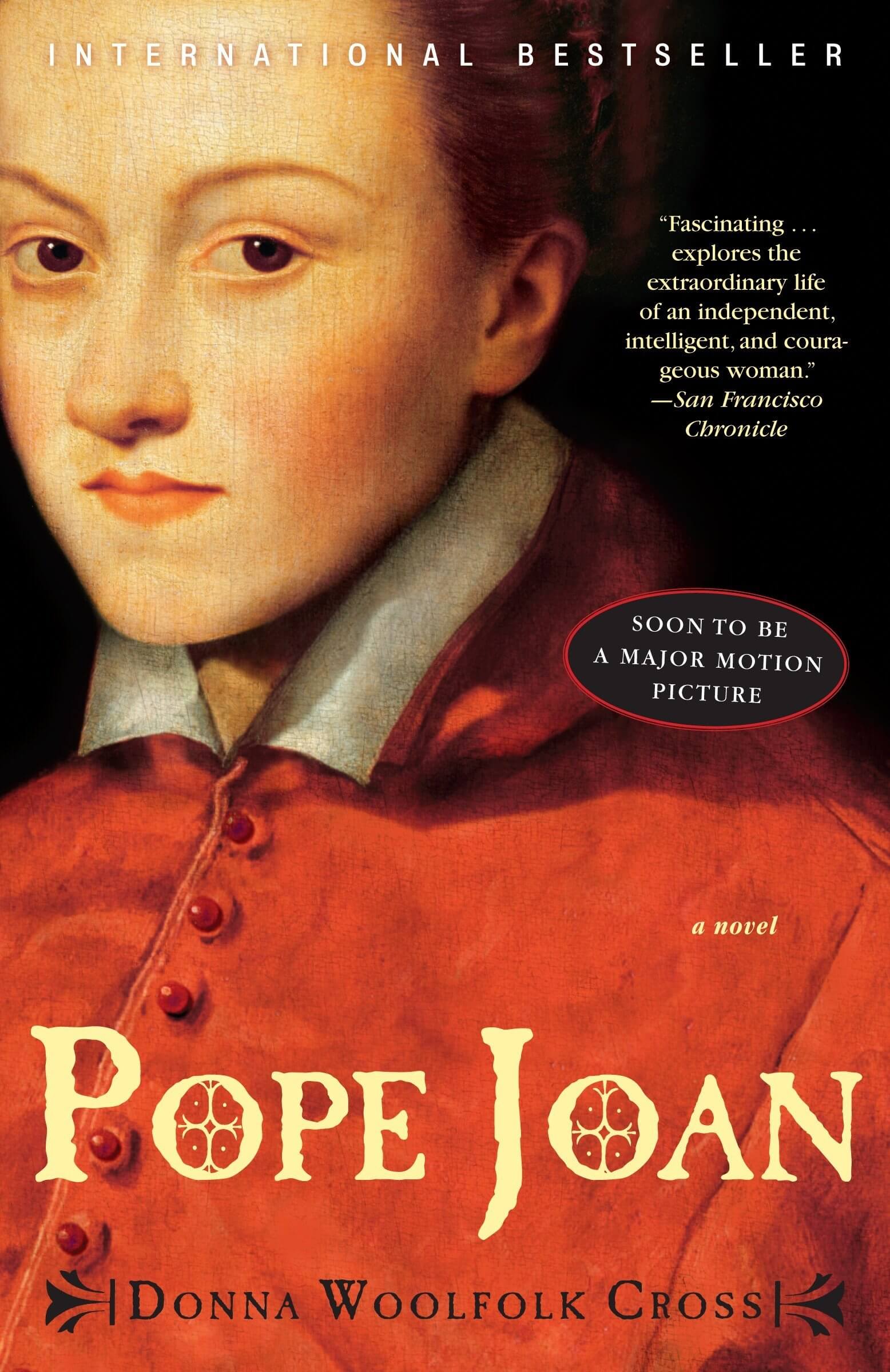 Pope Joan brings to life the legendary 9th-century woman who disguised herself as a man and rose to the highest position in the Christian church. Refusing to accept the social strictures of her time, young Joan uses her murdered brother’s identity to enter the Fulda monastery. Under the name John Anglicus, she becomes a renowned scholar and is ultimately sent to Rome where she becomes involved in political tumult. But rising to the highest office creates challenges that Joan may not be able to overcome. 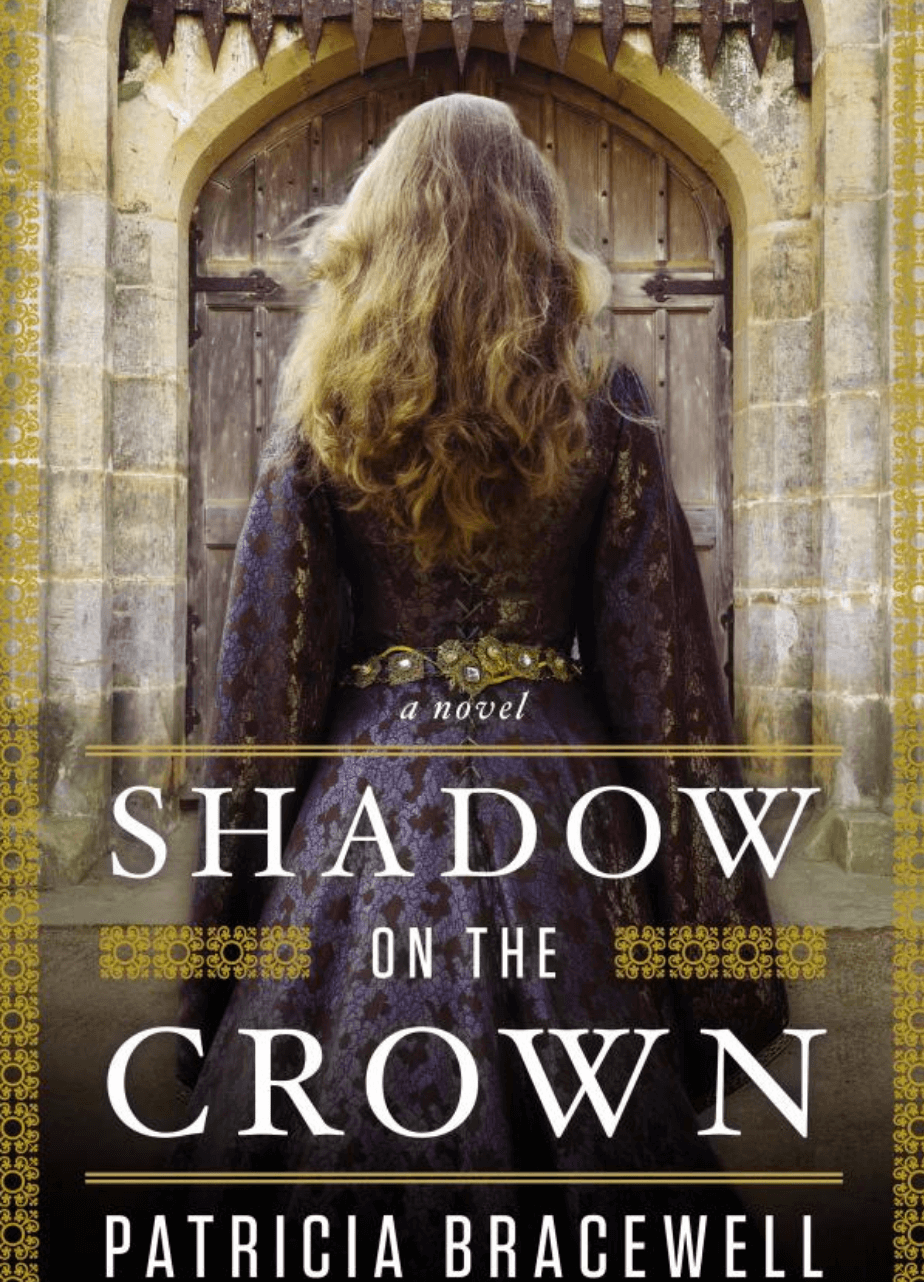 Shadow on the Crown by Patricia Bracewell

Emma of Normandy, age 15, meets her husband-to-be King Athelrod of England for the first time at the church door as they enter to wed. Welcomed by no one and threatened by her stepsons and a rival for her crown, Emma must outwit her enemies and ensure her place on the throne by bearing her husband an heir. Determined to succeed, she wins over the English people and befriends individuals who help her secure her position but forces outside her control threaten to bring it all crashing down. 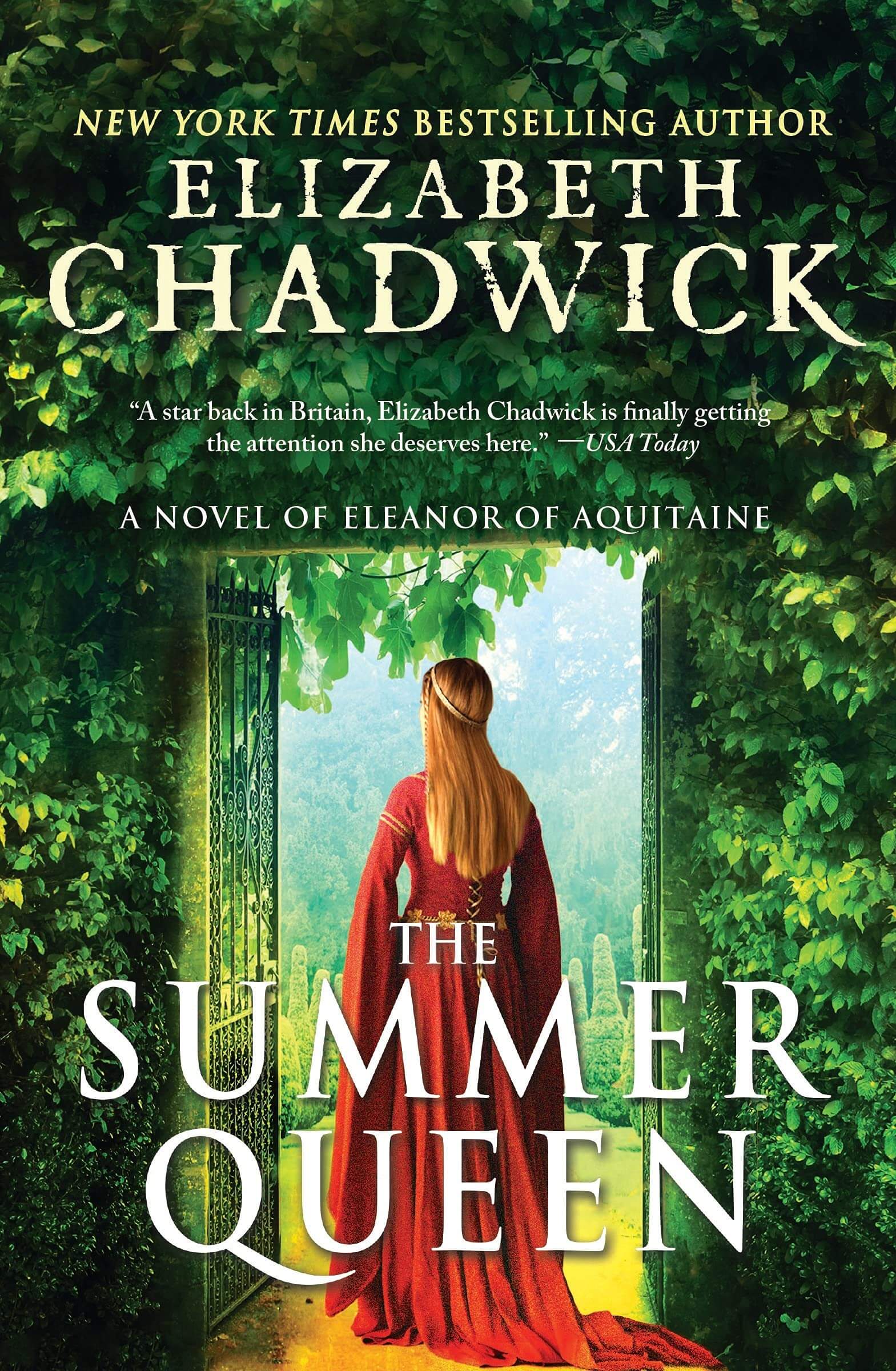 The Summer Queen by Elizabeth Chadwick

Based on previously unknown details, this book tells the story of Eleanor of Aquitaine from age 13 when her father dies in 1137 and she is forced into an arranged marriage with Prince Louis of France. Within weeks, the pair become the King and Queen of France, and Eleanor must learn to adapt to her new life which is filled with scandal, intrigue—and lots of drama. This is the first book in a trilogy about Eleanor of Aquitaine and her legendary life.

Here are the best historical fiction books set in WWII>>