Go back in time this fall to experience the world from different perspectives and experiences. These books will have you captivated by witty characters and historical events. Travel the world from Nashville to Paris to Bombay—there is not stopping in these varying worlds and eras. If you love history and the tales of charming people, these books are must-haves. 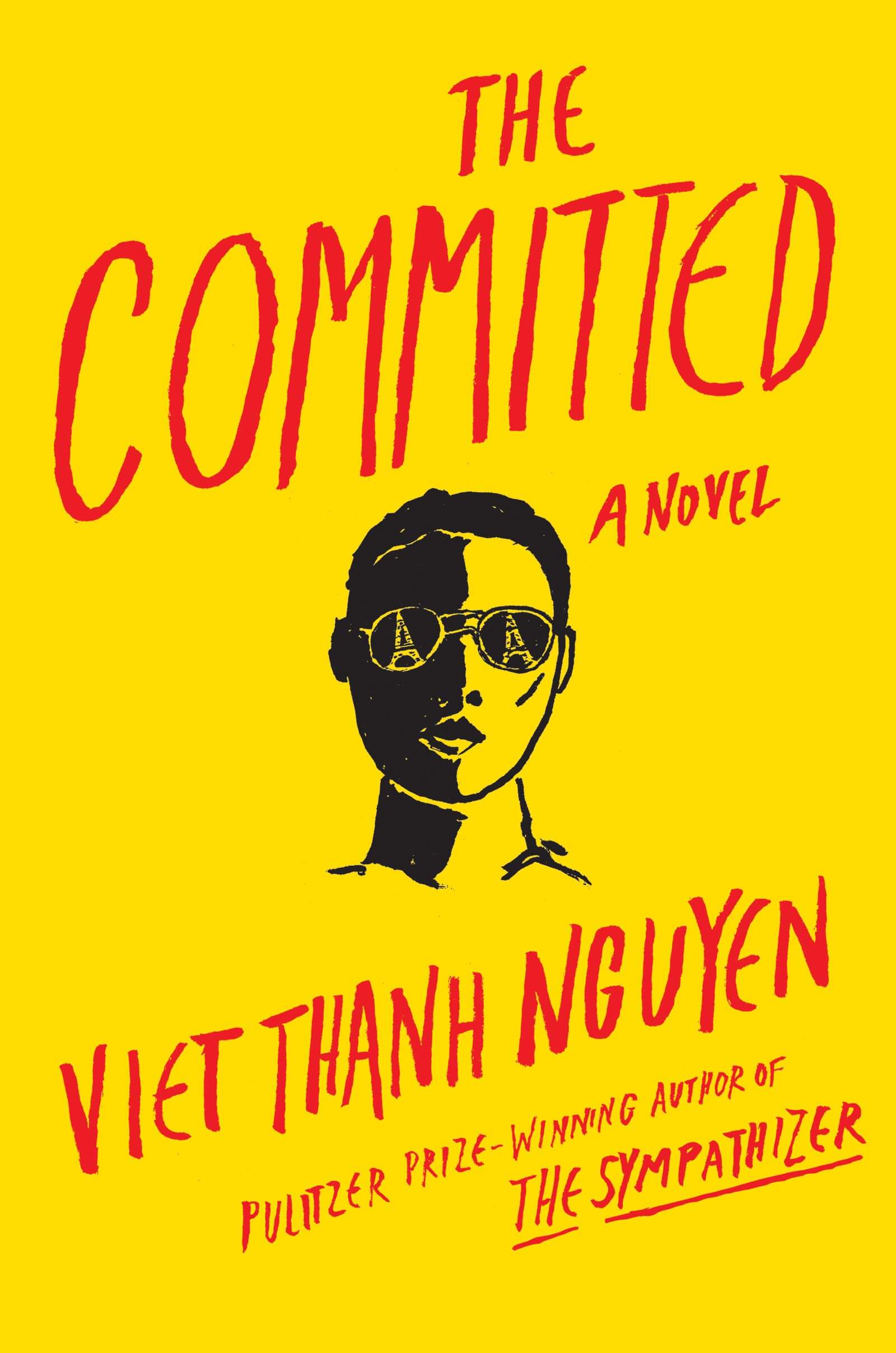 After being emotionally scarred from working as a spy, and having to attend a re-education camp, the man with two minds just wants to start a new life in Paris. The Sympathizer meets new perils in his life as he must overcome assimilation into French culture in the 1980s and having a handle on his new business: drug dealing. Divided loyalties and a guilty conscience will be brought to life through violence, friendships, addiction, and two sides of the war. 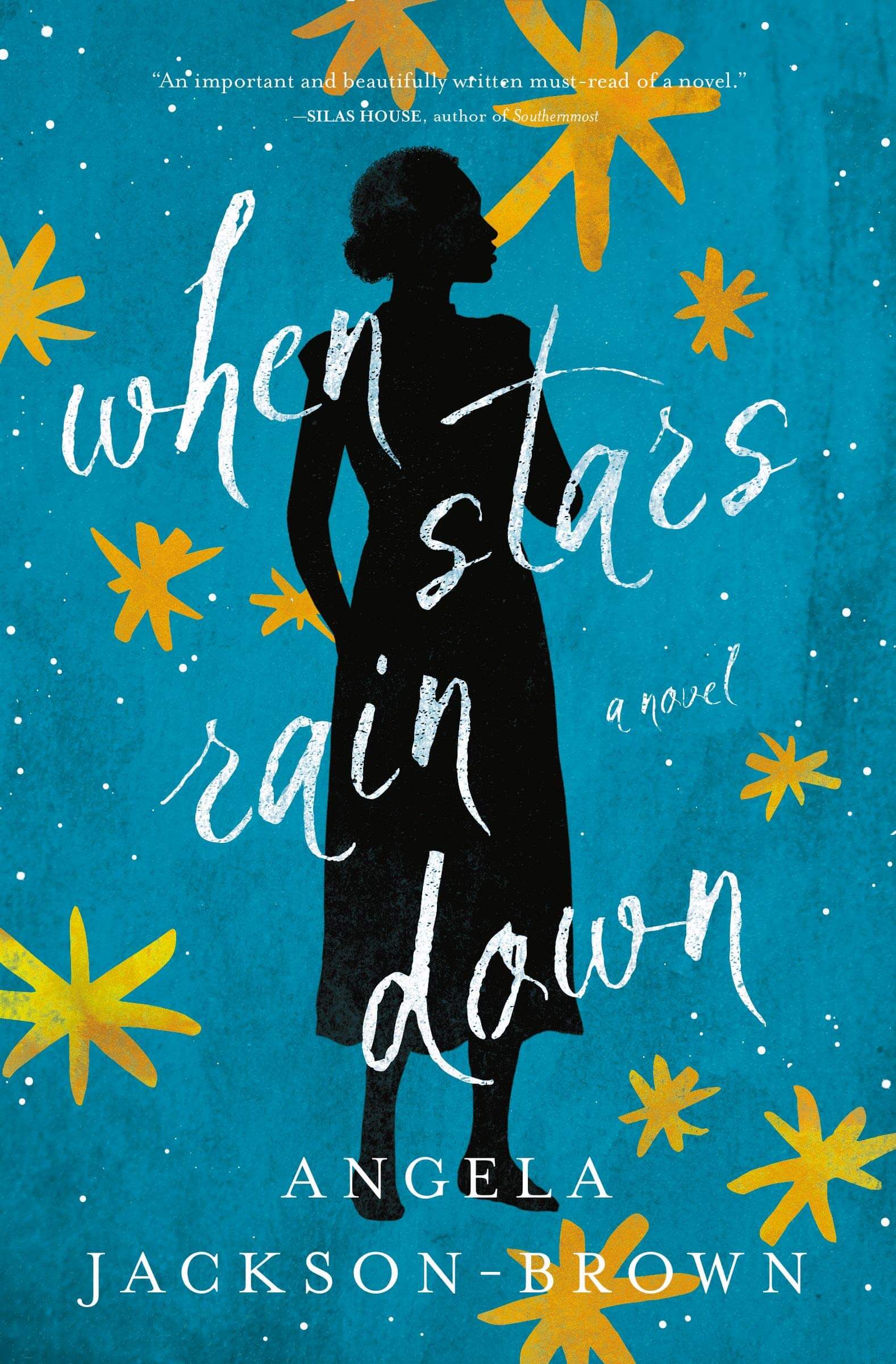 When Stars Rain Down by Angela Jackson-Brown (April 13)

In just a few weeks, Opal Pruitt is turning 18 and the unseasonably hot summer in Parsons, Georgia seems to be brewing a storm. She still has hope though, her birthday and the Founder’s Day celebration will be the start of her young and carefree time. However, when the Ku Klux Klan descends on Opal’s neighborhood, her community is shaken. Both Black and white residents are forced to acknowledge the unspoken codes of conduct in their post-Reconstruction era town. Opal must hold her hope and faith for change tight through this story of love and loss and an overdue awakening to an ugly world. 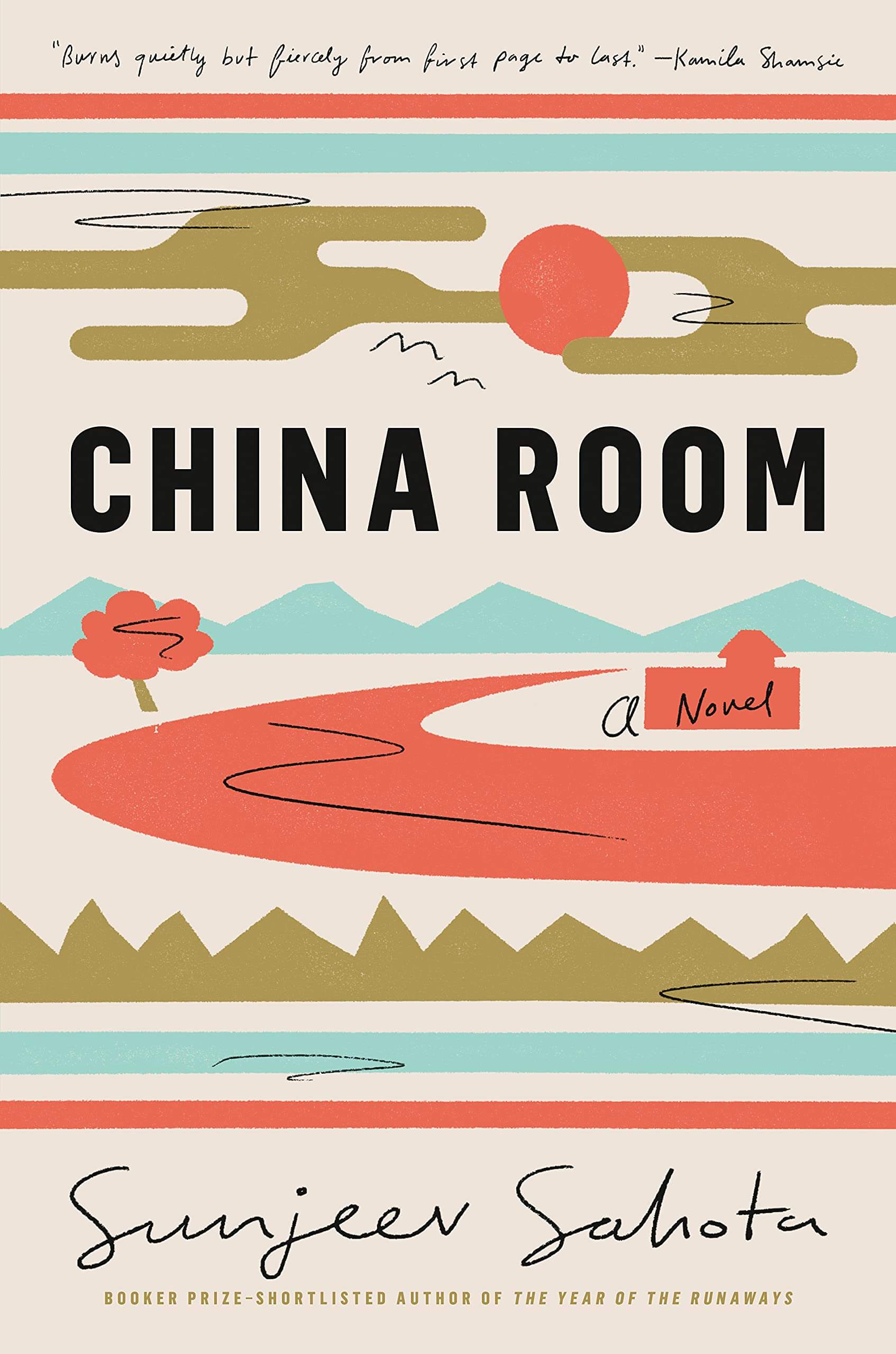 In 1929, Mehar and two other girls are married to three brothers in a single ceremony, without ever learning which man is their husband. The three women work in the family’s china room and aren’t allowed to interact with their husbands until they are summoned by their domineering mother-in-law during the dark of night. Mehar is determined to figure out which man is her husband, and her discovery sets a series of events in motion. Seventy years later, a young man takes refuge in his uncle’s home in Punjab to overcome his addiction. While there, he discovers a locked china room and begins to discover himself and his family’s past. 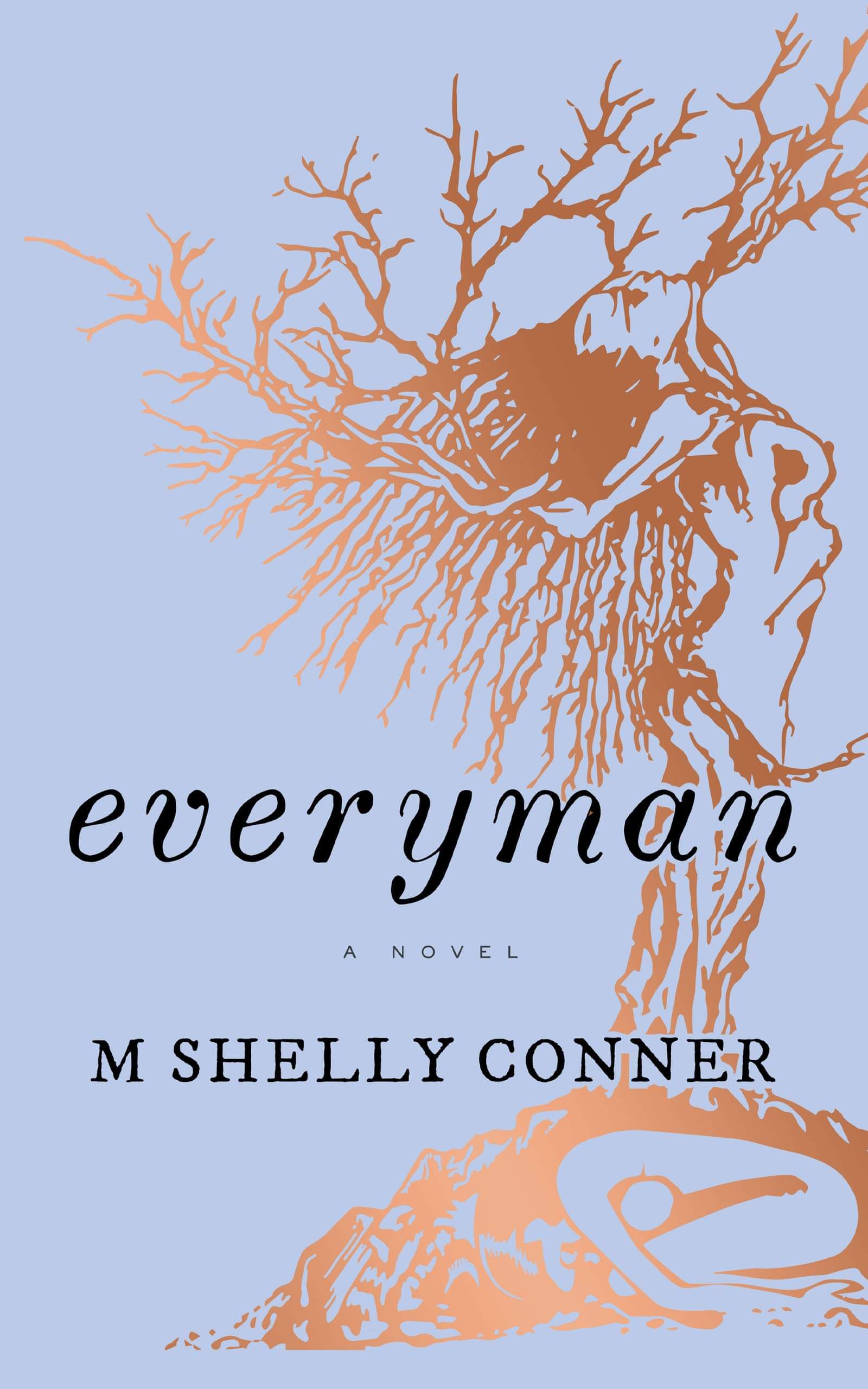 Eve Mann has always been curious about the life of her mysterious mother who died while giving birth to her, and is determined to learn more about herself and her heritage. Set with the backdrop of the civil rights and Black Power movements, Eve delves into her past with the help of her friends, aunts, and the strangers she meets along the way. Her search leads to a multigenerational story filled with love, acceptance, and pain that helps her find herself, her past, and her name. 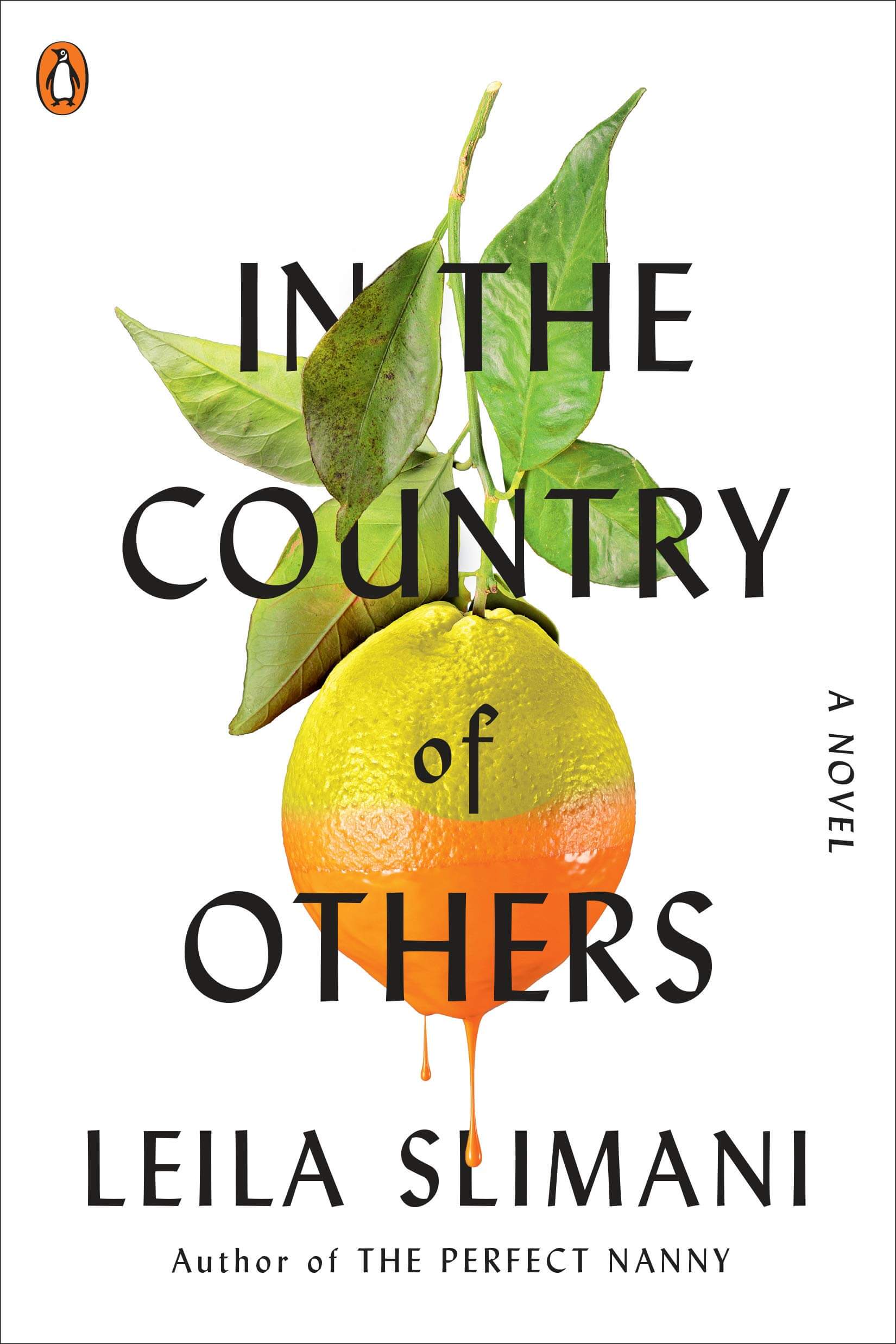 In the Country of Others by Leila Slimani (Aug 10)

Mathilde, a spirited young Frenchwoman, falls in love with Amine, a handsome Moroccan soldier. Raising their two children in a world that does not understand her and vice versa, Mathilde is determined to defy the country’s chauvinism and repressive social codes. As tensions are heating up between the Moroccans and the French, Amine finds himself caught in the crossfire. An inspiring story of race, resilience, and women’s empowerment, Slimani draws on her own family’s experiences to show the world the start of emancipation.

The Magician by Colm Tóibín (Sept 7)

Thomas Mann is hiding his artistic aspirations from his conservative father, and his homosexual desires from everyone. In this story of the turn of the twentieth century, the heart and mind of Mann are driven by the need to belong and the anguish of illicit desires. He is fiercely engaged in a world that is profoundly flawed and unforgettable, from the first world war to the rise of Hitler. 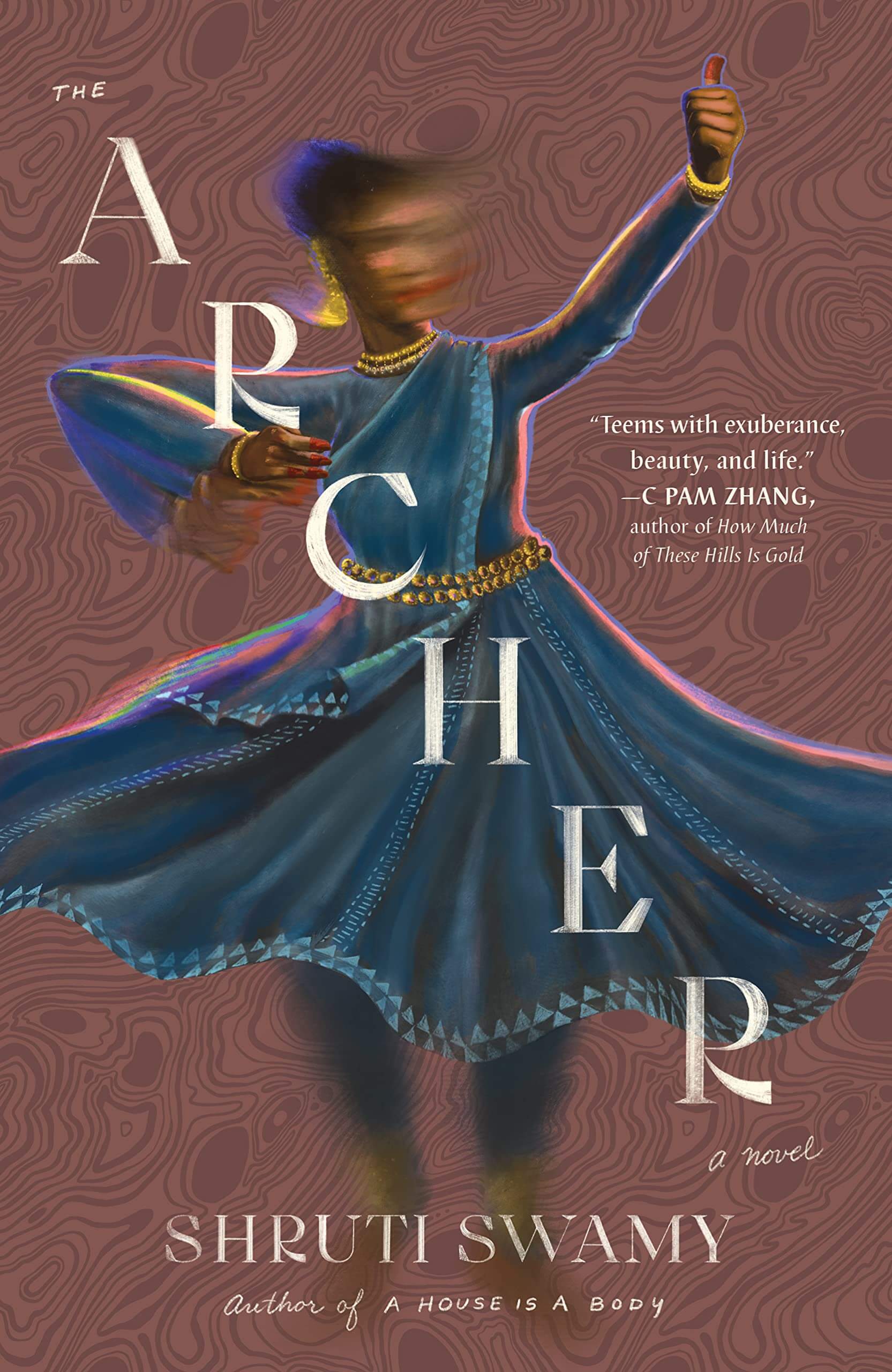 The Archer by Shruti Swamy (Sept 7)

As a child, Vidya exists to serve her family, watch over her younger brother, and make sense of a motherless world. One day she catches sight of a class where the students are learning Kathak, a precise, dazzling form of dance that requires the utmost discipline and focus. Kathak quickly becomes the organizing principle of Vidya’s life, even as she leaves home for college, falls in love with her best friend, and battles demands on her time, her future, and her body. 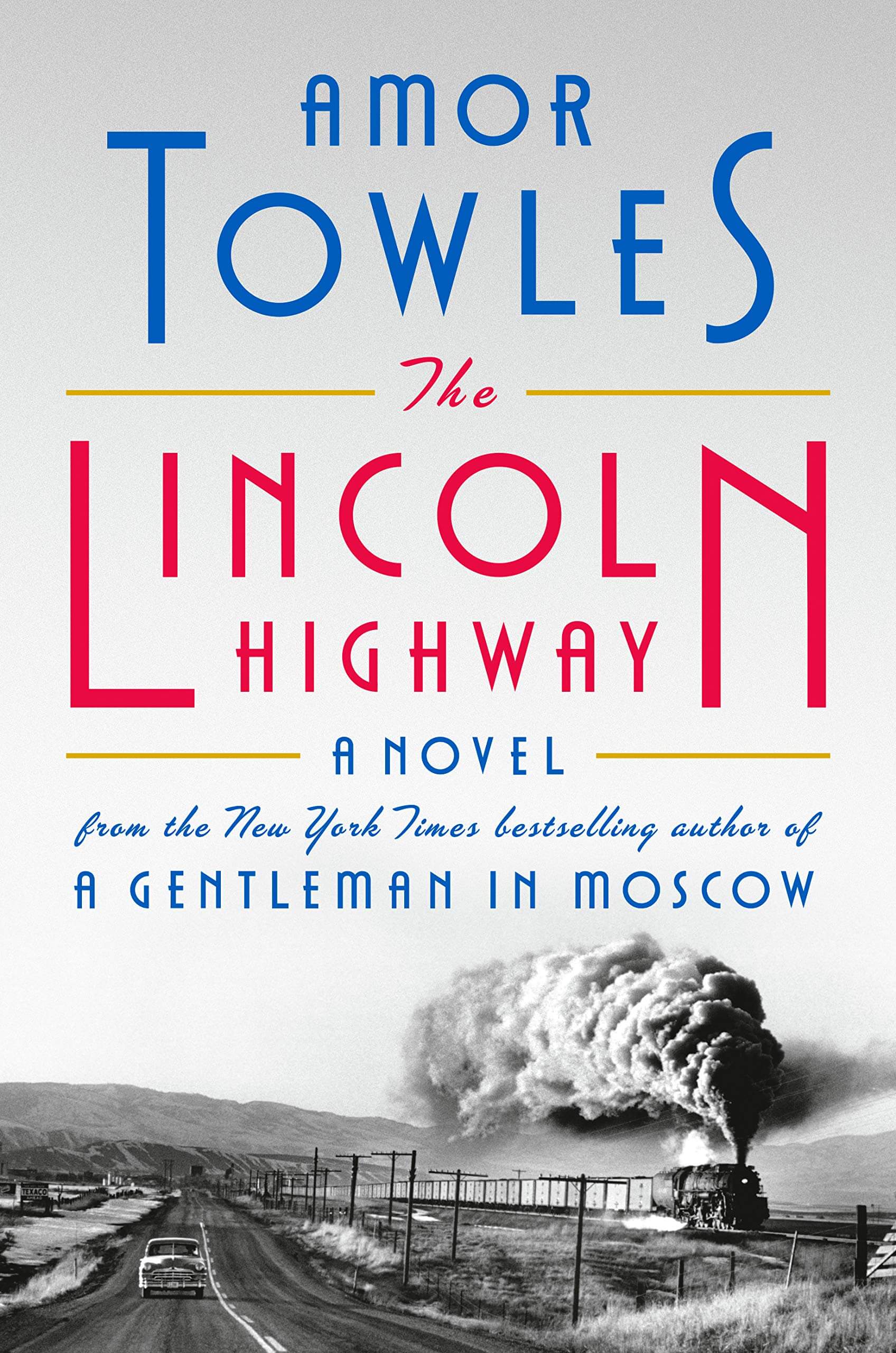 In June 1954, Emmett Watson is on his way home from the juvenile work farm he has spent the past fifteen months at for involuntary manslaughter. His parents are gone, and Emmett just wants to start new in California with his eight-year-old brother, Billy. His plans are altered when he realizes that two of his friends from the juvenile work farm have hidden in the trunk of the warden’s car. Instead of California, Emmett finds himself on a fateful journey to New York. 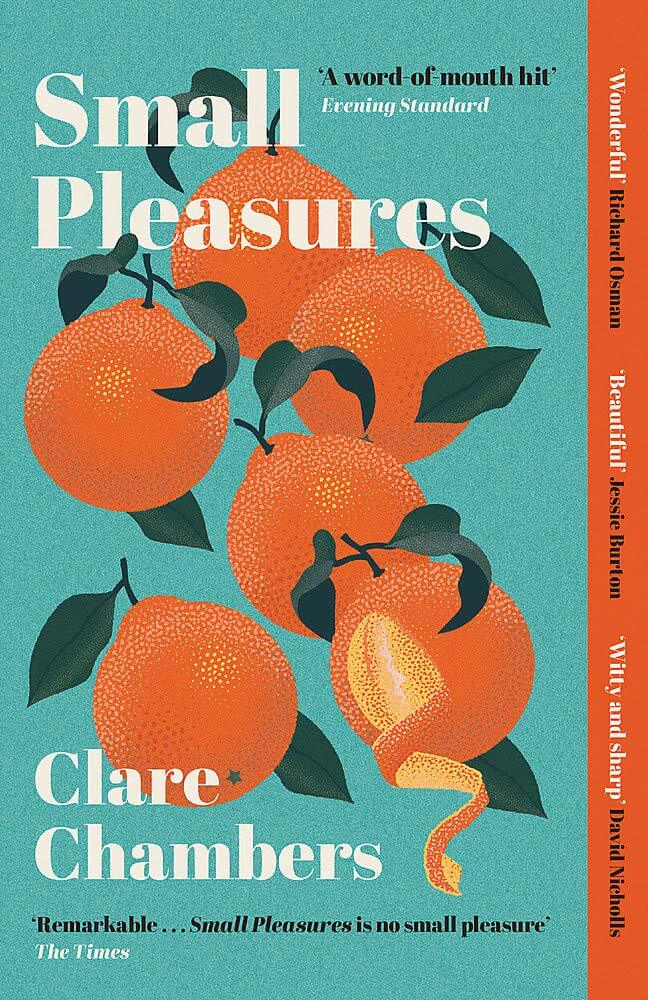 Jean Swinney is a journalist on a local paper and when a young woman contacts the paper to declare that her daughter is the result of a virgin birth, it is up to Jean to discover the truth. The investigation turns her world upside down and her once quiet life is now given an unexpected chance at friendship, love, and maybe happiness. Is it all a miracle, or a fraud? 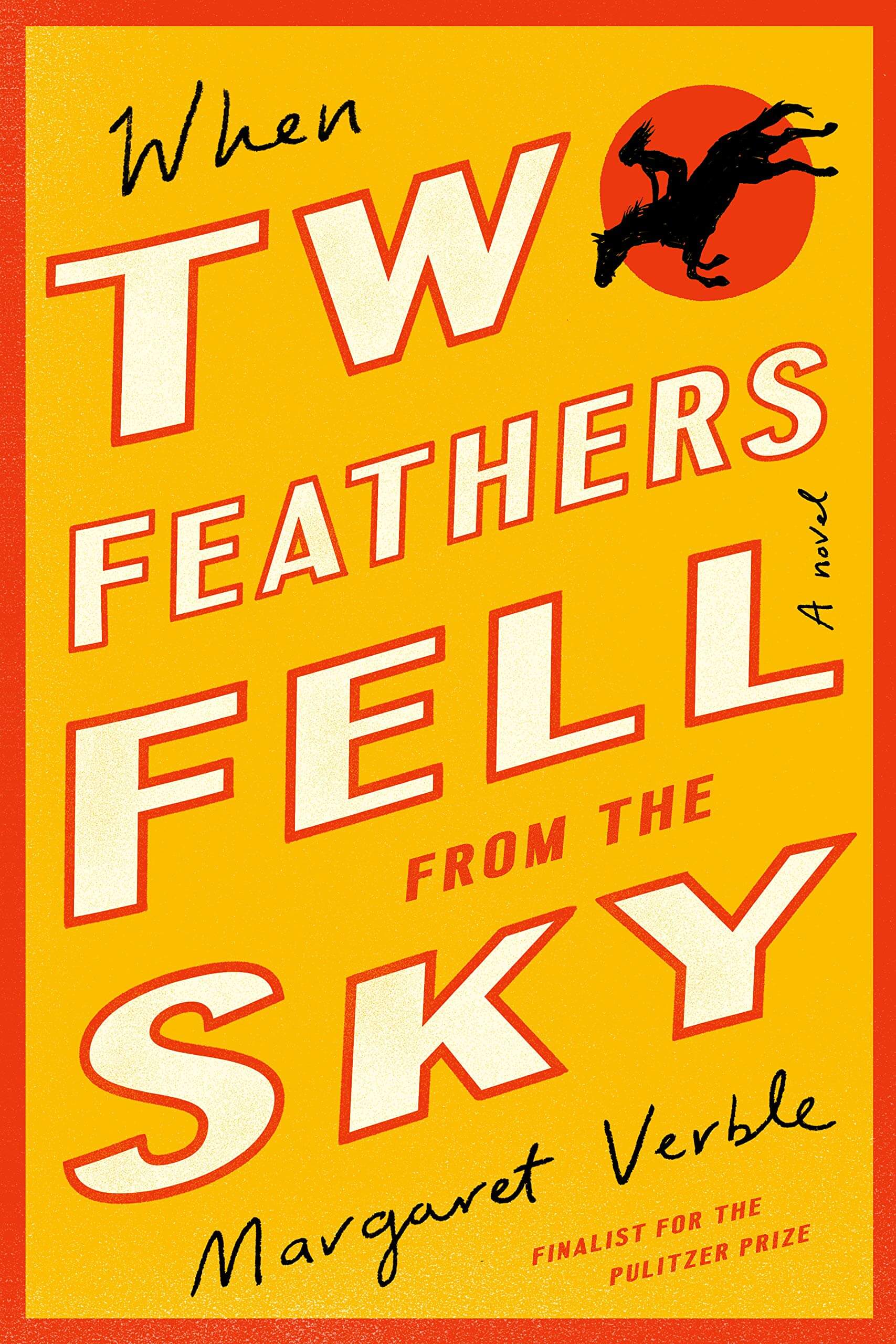 Neither Two nor Hank fit into the highly segregated society of their 1920s Nashville town. Two Feathers is a young Cherokee horse-diver on loan to Glendale Park Zoo, while her best friend Hank Crawford is part of a high-achieving, land-owning Black family. When disaster strikes at one of Two’s shows, weird things start to happen with no explanation. Vestiges of the ancient past begin to surface, apparitions appear, and then the hippo falls mysteriously ill. It’ll take a band of park performers, employees, and even some stakeholders to figure out the mysteries of the park and the way to unexpected friendships. 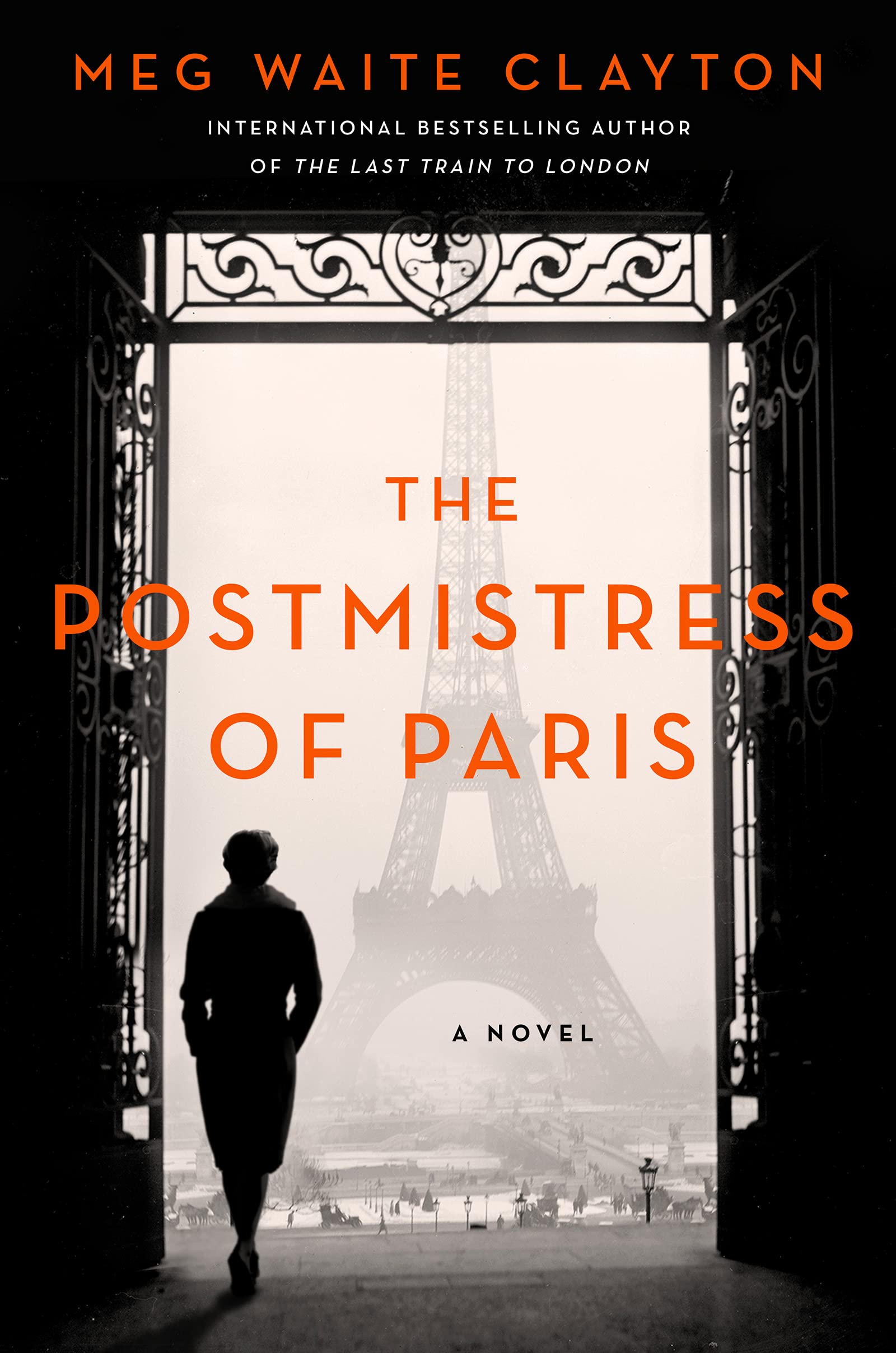 The Postmistress of Paris by Meg Waite Clayton (Nov 30)

Wealthy, beautiful Naneé was born with a spirit of adventure that transcends her Midwestern roots. When German tanks roll across the border and into Paris, this woman with an adorable dog and a generous heart joins the resistance. She begins to use her skills to deliver information to those in hiding and isn’t afraid to save those being hunted. Inspired by the real life of Mary Jane Gold, this story isn’t afraid to hide its charm and skill. 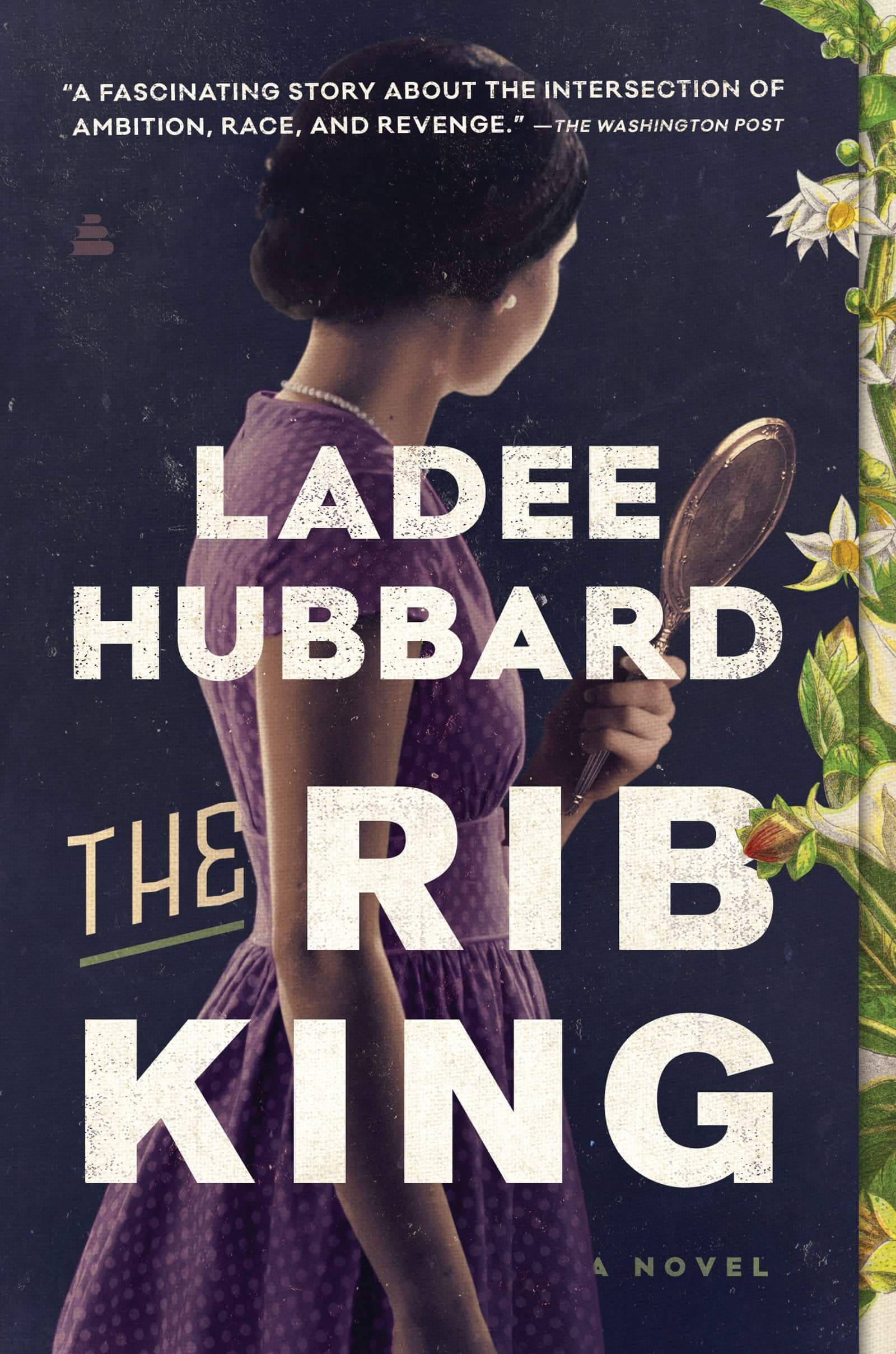 The Rib King by Ladee Hubbard

This historical novel about race, class, privilege, and exploitation revolves around the black servants of an upper-class white family in the early 1900’s. There is August Sitwell, the groundskeeper who has worked for the Barclays ever since they found him at an orphanage and offered him a job fifteen years ago; Miss Mamie, the cook; the new young maid Jennie; and three young boys the Barclays also recently employed from the orphanage. Financially strapped, the Barclays decide to sell Miss Mamie’s delicious rib sauce — using a caricature of August as the logo on the bottle. The Barclays don’t intend to share a cent of the profits with Miss Mamie or August. This humiliation and flagrant exploitation sends August over the edge, and what follows is tragedy.