When it comes to romance and professional athletes, the rules are simple: there are no rules. Whether you’re a fan of football, basketball, hockey, baseball or boxing, you’ll find that just like the sport, the ultimate game of love holds nothing back, and we love to read about it. Check out these must-read sports romances and the athletes who capture our hearts while they capture the win. 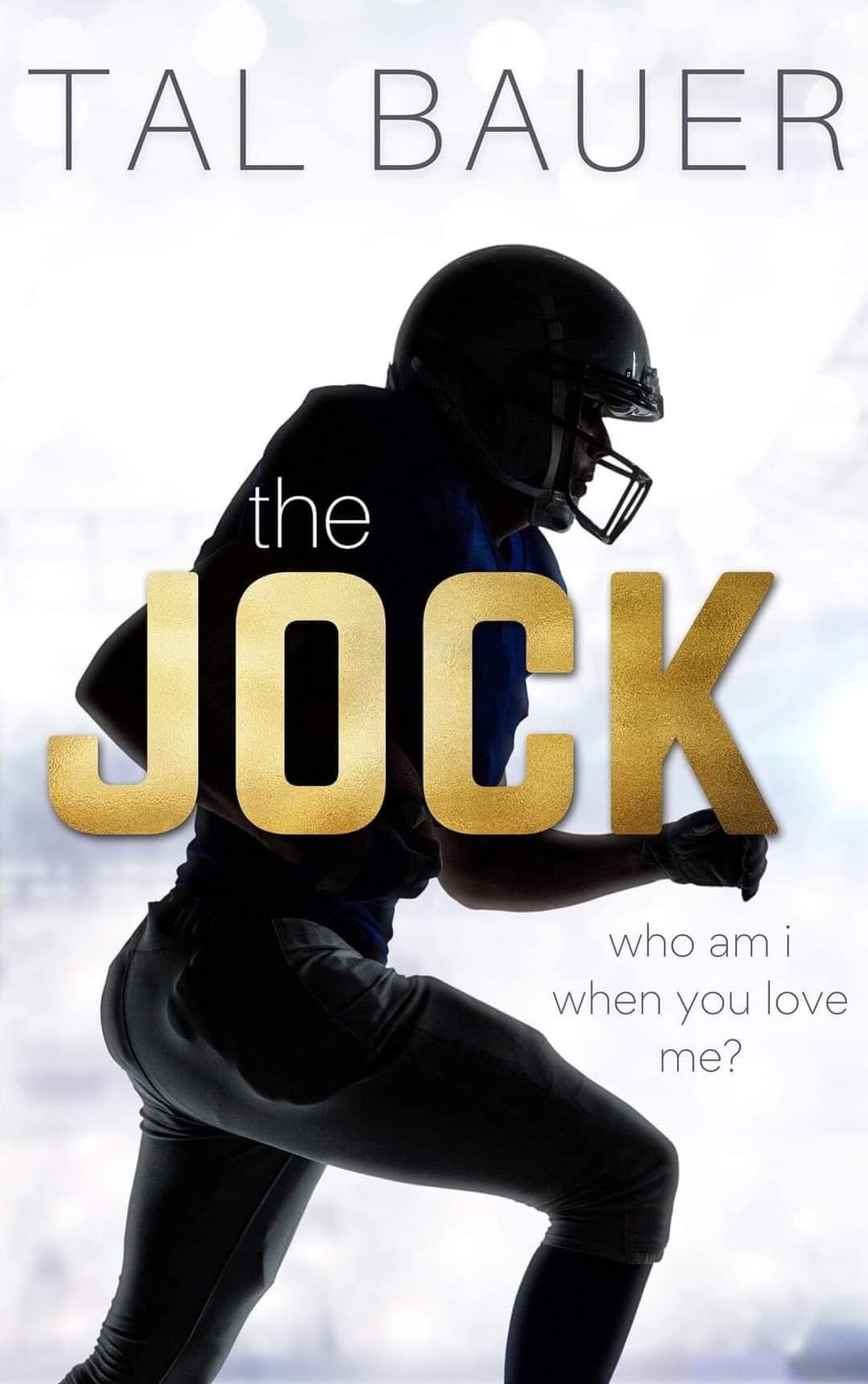 The Jock by Tal Bauer

When Wes Van de Hoek earned a football scholarship to one of the best universities in Texas, he never looked back. Three years later, he is the team captain and starting tight end of his college football team with an even brighter future ahead of him. There’s just one thing that Wes is keeping close to his chest: his sexuality and his closed relationship. Justin Swanscott, on the other hand, is openly gay and thinks football is highly overrated. But his feelings for Wes are far from it. When questions about Wes’ future are constantly brought up and the pressure from the NFL contracts and ESPN starts to become too much, Wes will need to come up with answers soon because he’s unsure if the world will allow his heart to belong to Justin and football. 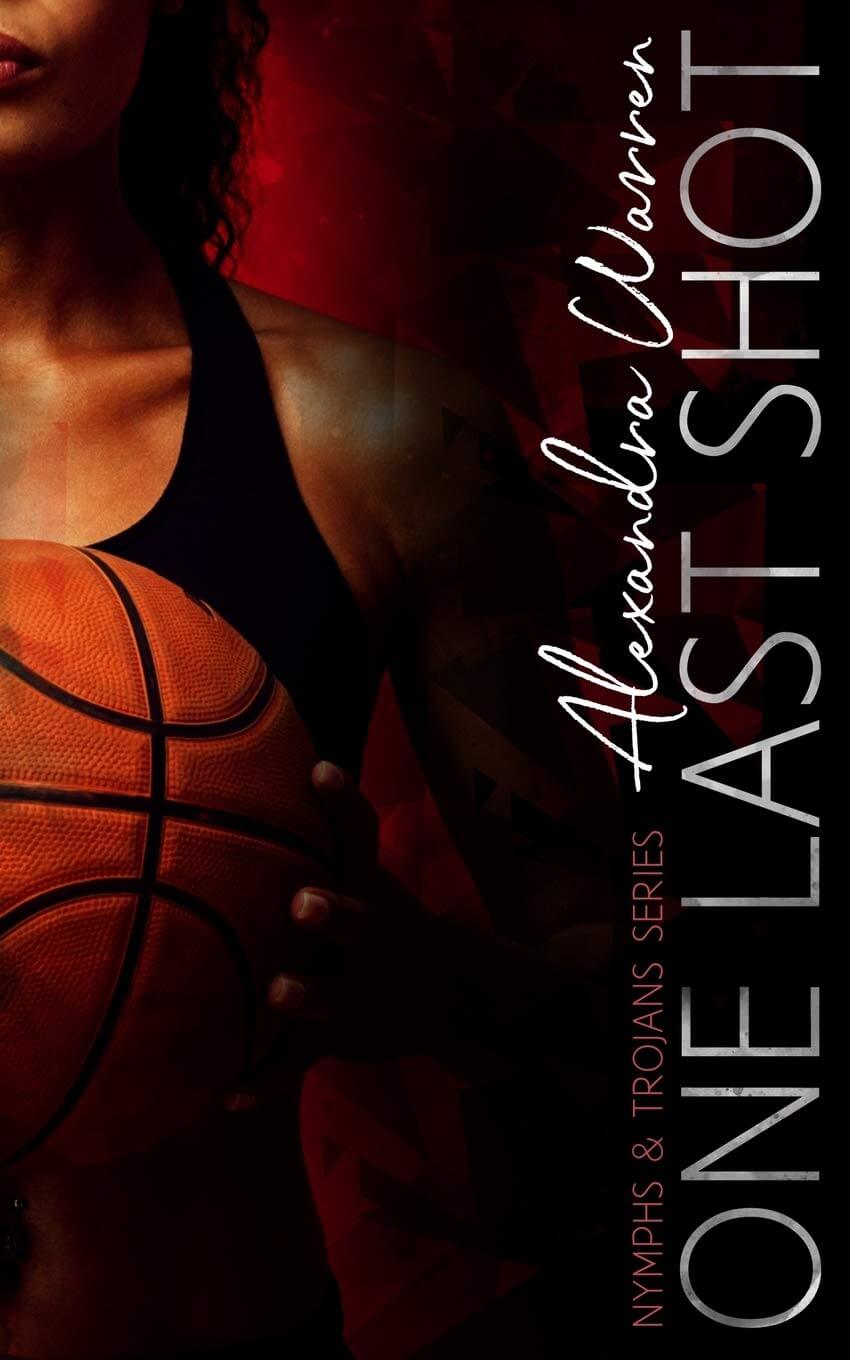 One Last Shot by Alexandra Warren

Selena “Sharpshooter” Samuels is a professional basketball player with lots going her way. She has a coach she adores, a team that constantly makes it to the playoffs, and she’s under a franchise that is family-owned and well respected. Selena’s new assistant coach, DeAndre “Dre” Leonard might threaten all that she’s worked for when he arrives. Dre has had it rough over the past few years, but now he’s ready to rebuild his legacy. The chemistry that Selena and Dre have is seen on and off the court, and as they work their way toward another championship can Dre also win Selena’s heart? 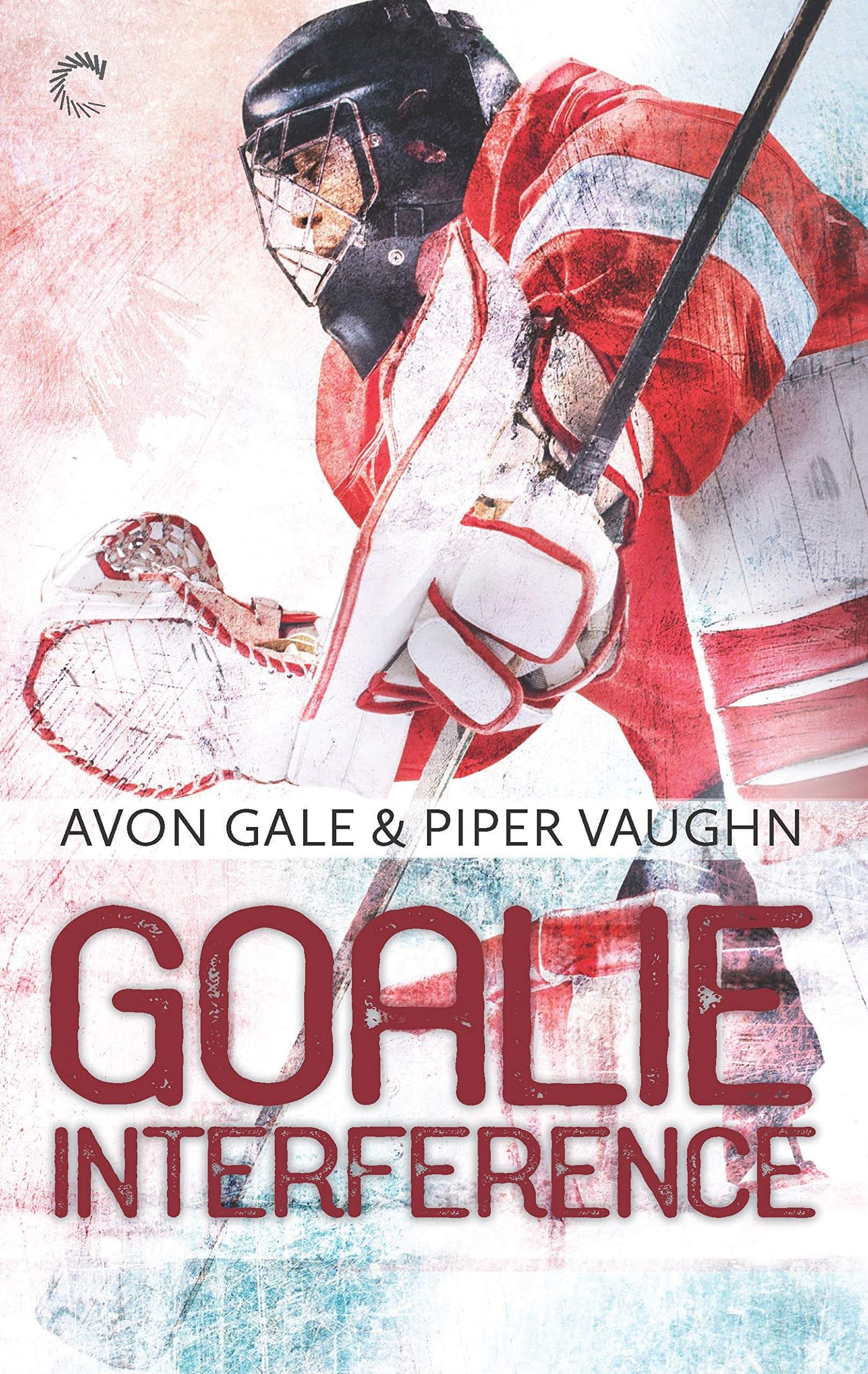 Ryu Mori is the perfect goalie for the Atlanta Venom hockey team—or so he thinks. When the management team calls him into the office, he’s expecting to hear praises of his stellar season, not shocking news that a new goalie has arrived to compete for his position. Emmitt Armstrong is grateful for the chance to play in the best league in the world. After all his hard work, he doesn’t want to waste an opportunity to show off his skills as a goalie. When practice comes around Ryu must step up his game, even if he does find himself attracted to Emmitt’s looks and smart mouth. Ryu’s competitive nature is dead set on beating Emmitt and turning him into a rival but Ryu’s heart has other ideas entirely. 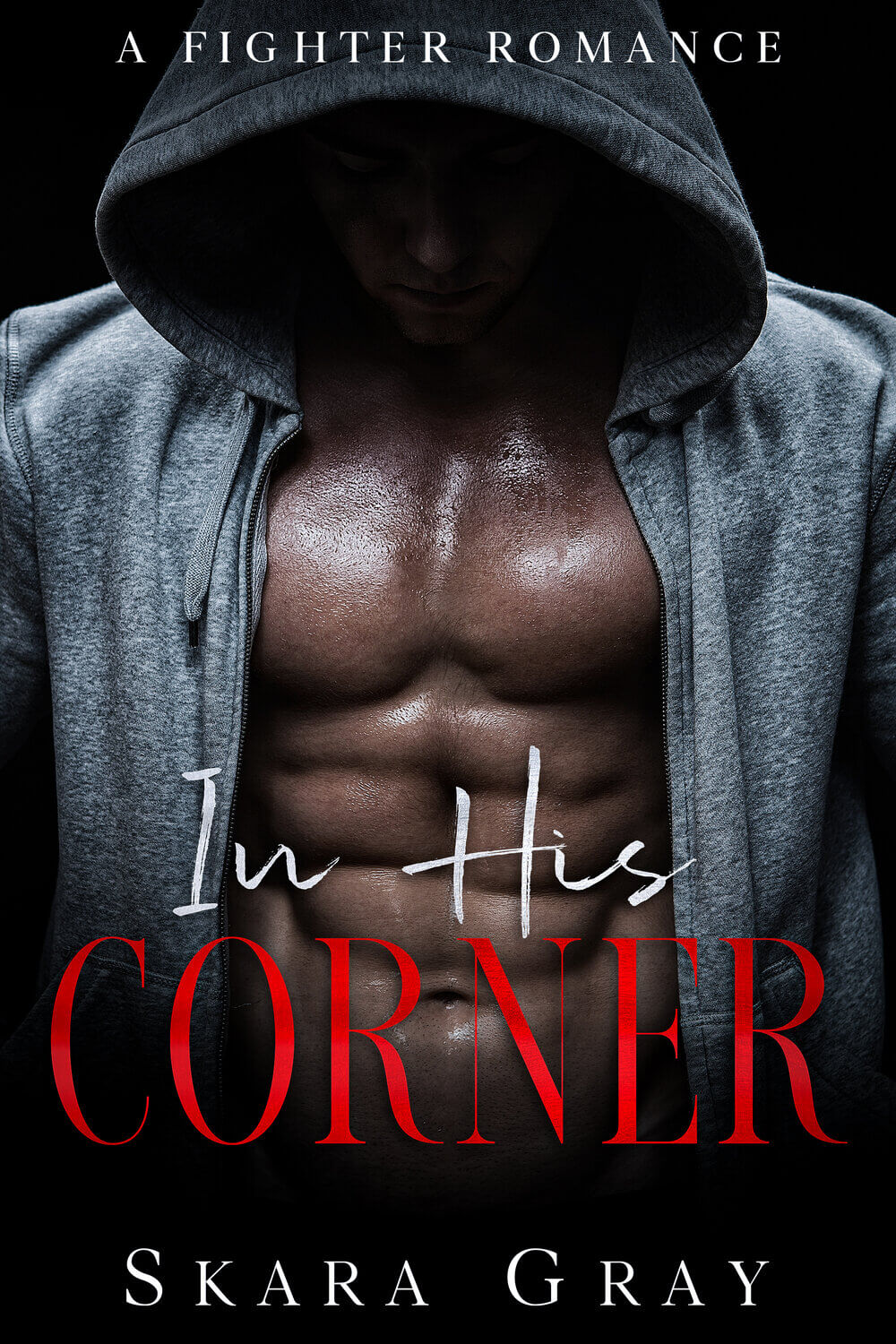 In His Corner by Skara Gray

As one of Boston’s best underground fighters, Rhett Jaggar has the body and the record-winning streak to prove it. His training regime requires discipline and extreme focus, not the distraction of a brunette walking into the boxing gym. Ava Young had a perfect life until her father’s company was exposed for embezzlement, and she was left reaching out to a childhood friend turned underground fighter. They might appear to be opposite, but when Rhett and Ava connect their attraction turns into something neither of them can walk away from. 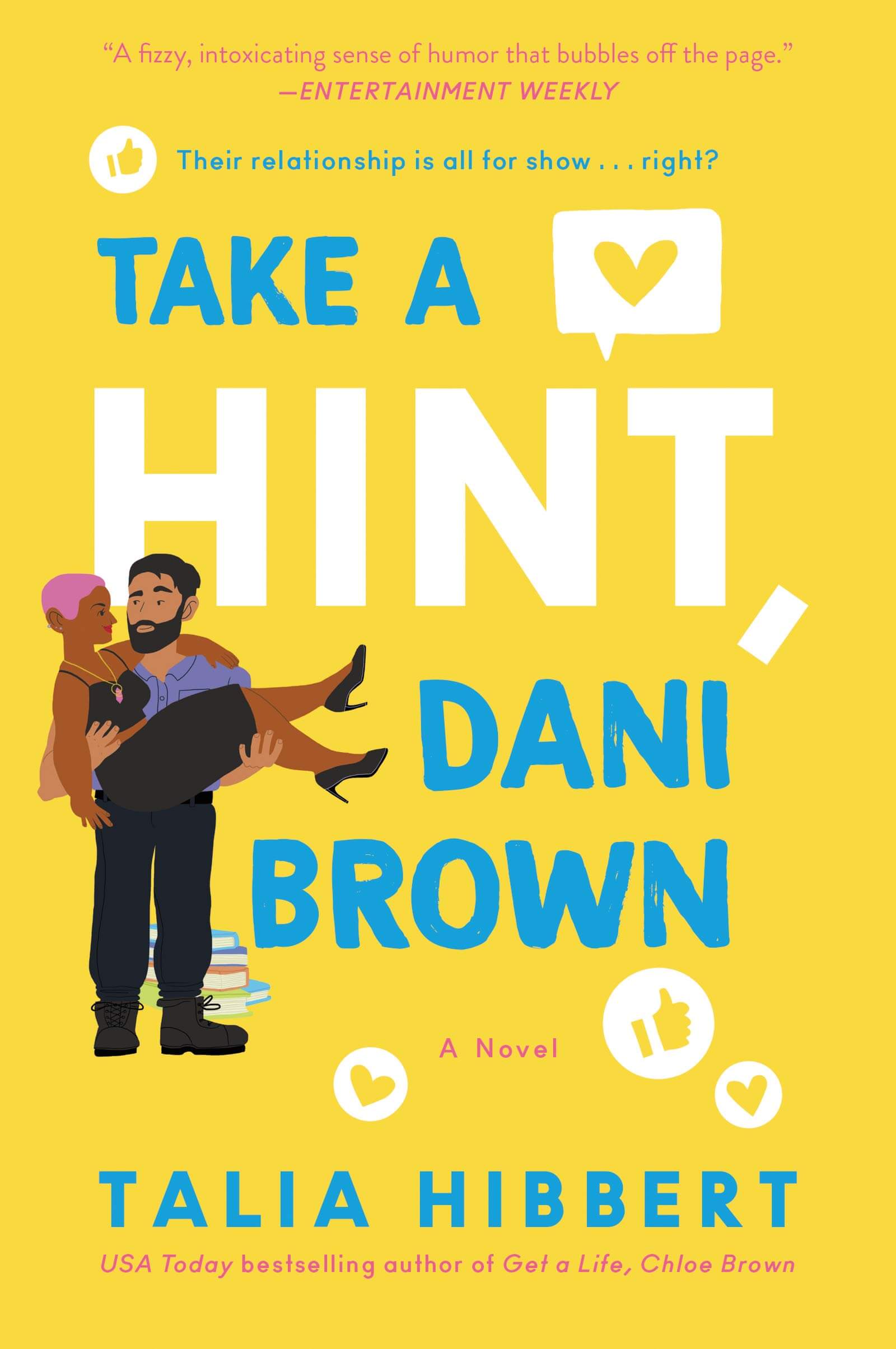 Danika Brown doesn’t want romance; she’d rather have professional success, academic renown, and the occasional lover who knows the score and their way around the bedroom. But ex-rugby player Zafir Ansari has other plans for her the moment he saves her from a workplace fire drill gone wrong. Before Danika knows it, the video has gone viral of Zaf saving her life. Now the world is calling him #DrRugbae, a sentiment Zaf begs Dani to play along with because his sports charity for kids could use the attention and publicity. Dani agrees to their fake relationship in public so she can seduce him in private, but the hopeless romantic Zaf intends to tackle her fear of love right into the dirt. 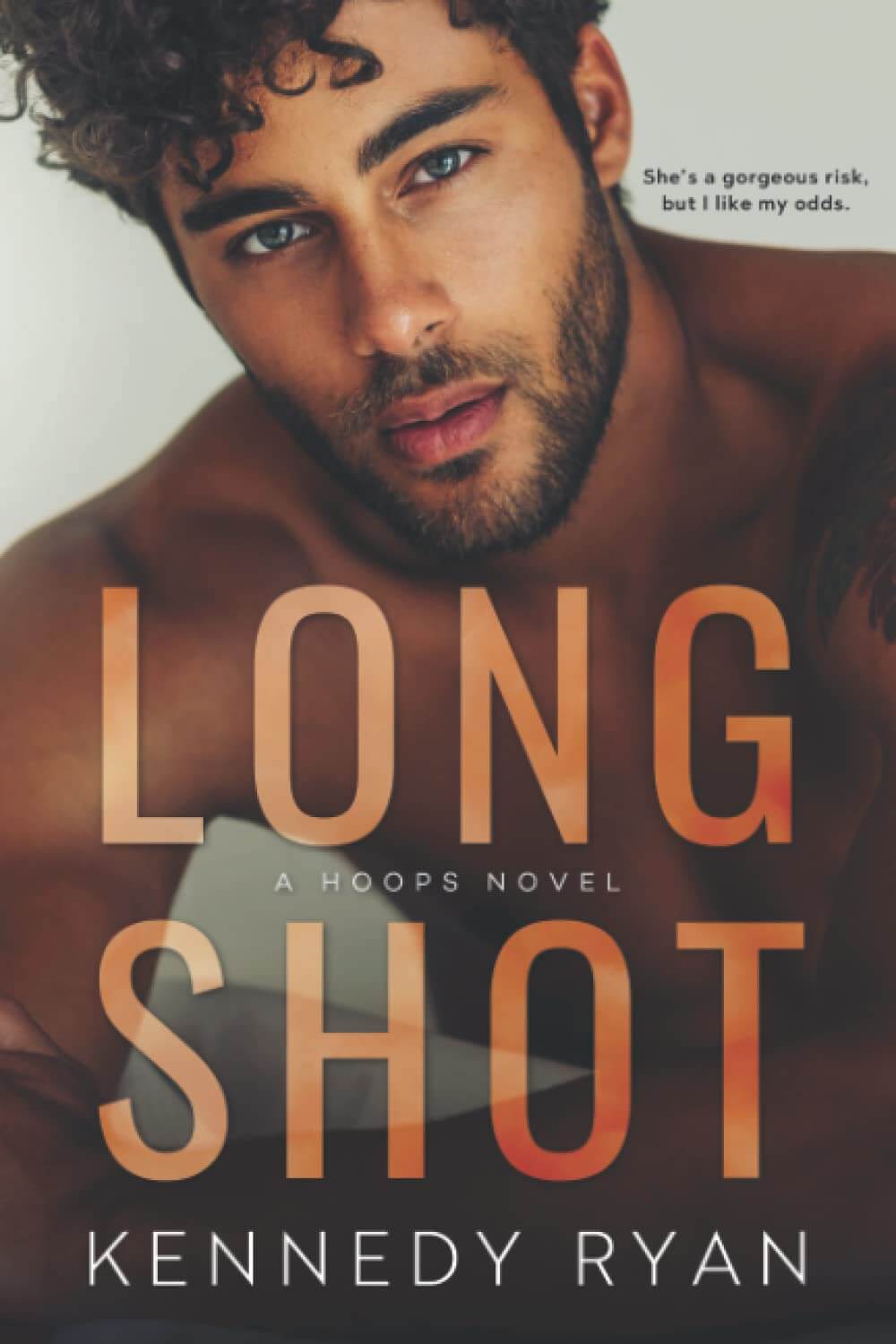 When two strangers meet one night in a bar and bond over basketball, little did they know they would change each other’s worlds forever. It’s the night before August West’s big college final game, and in walks Iris DuPree, a huge fan hoping to catch the Lakers play. August was hoping to blow off steam before the game, not to meet someone like Iris. But when the new day comes, it turns out that Iris is in a relationship with August’s archenemy, Calab Bradley. And as Iris navigates an abusive relationship with the “golden boy” Caleb, she secretly reminisces over the night she shared with August when they bared their souls to one another. Spending more time in their friendship, both August and Iris secretly hope that fate is on their side and their chances of being together aren’t a long shot. 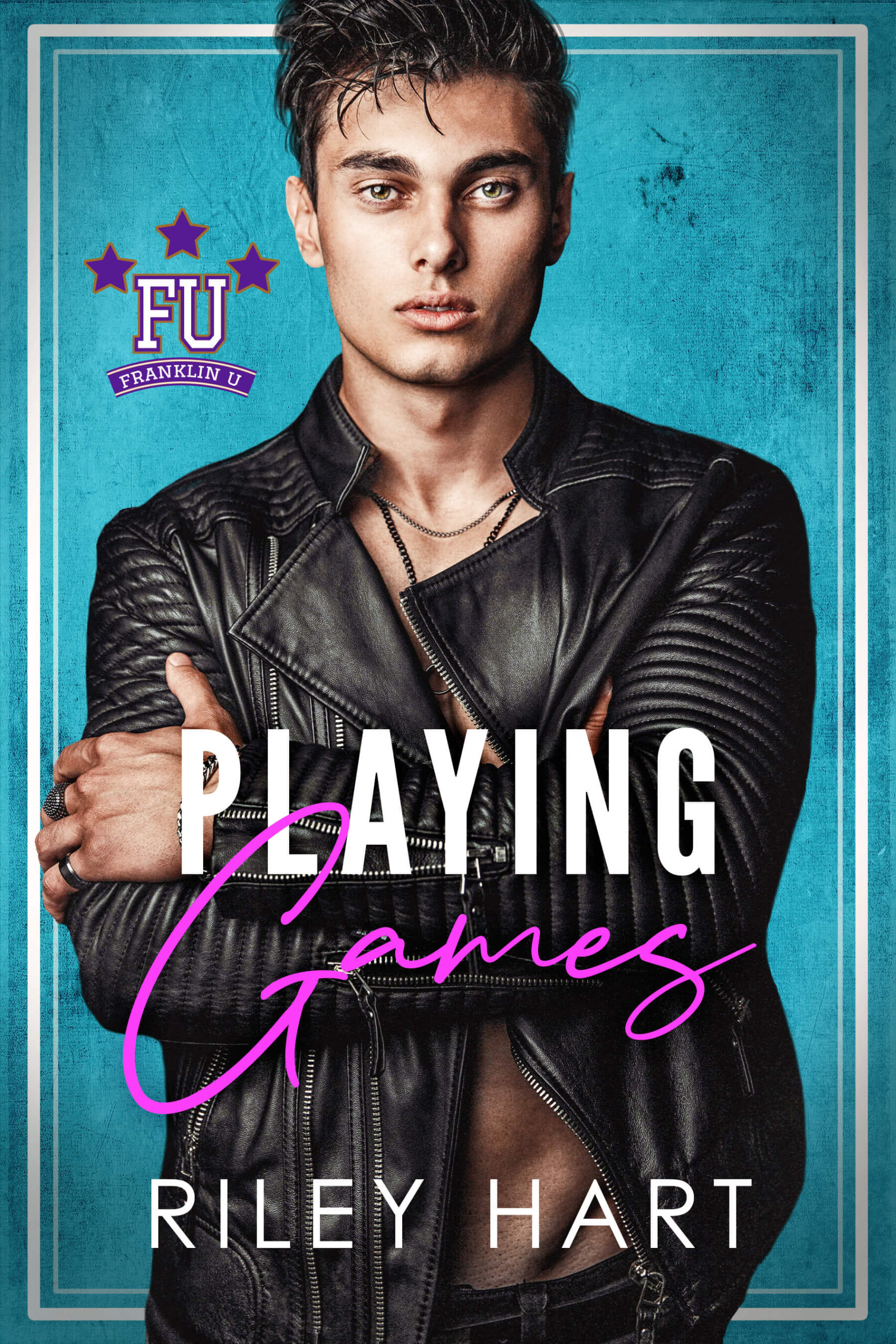 Tyson Langley and Braxton Walker do nothing but bump heads. Ty thinks Braxton needs to lighten up and stop brooding, while Braxton thinks Ty is nothing more than a spoiled lacrosse player. As Franklin University Kings’ star player, Ty is wanted by the male and female population. And as much as Braxton despises him, their banter reflects not just their mutual hate but the mutual attraction the two share. When the two get stuck working together, their facade will soon fade, and Ty will come to realize love is more than a game. 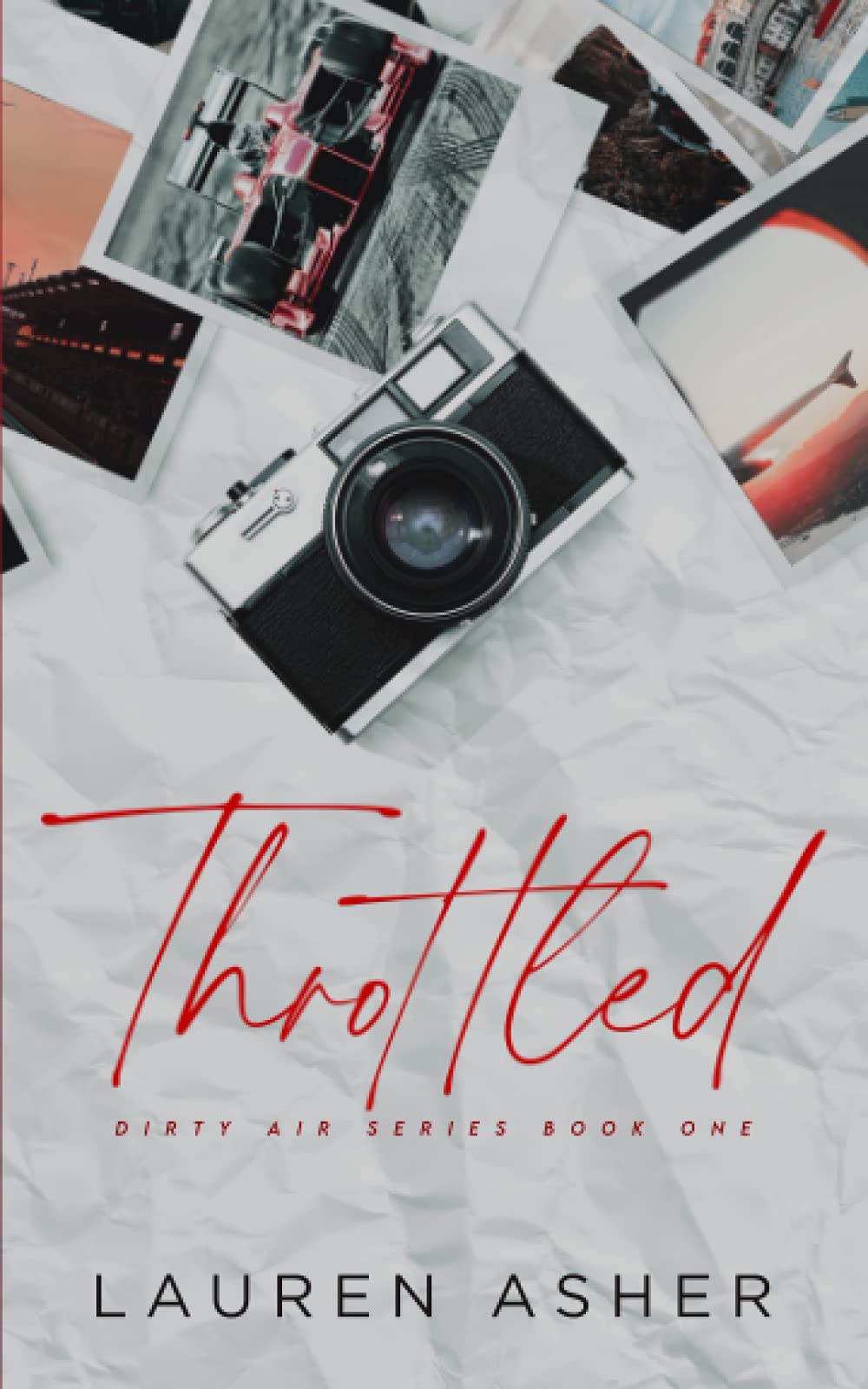 Noah Slade is an F1 Racer and a legend on and off the track. As a race car driver, he’s focused and often unapproachable. To the world and the media, he’s dubbed as a playboy and a successful jerk, but to Maya Alatorre, she can see through the wall he’s put up around everyone. When Noah joins a new team with Santigo, Maya’s brother, she ends up seeing more of Noah than she would like. As the attraction grows between the two, will Noah let down his walls to win Maya’s heart, or will Santigo put a stop to it all? 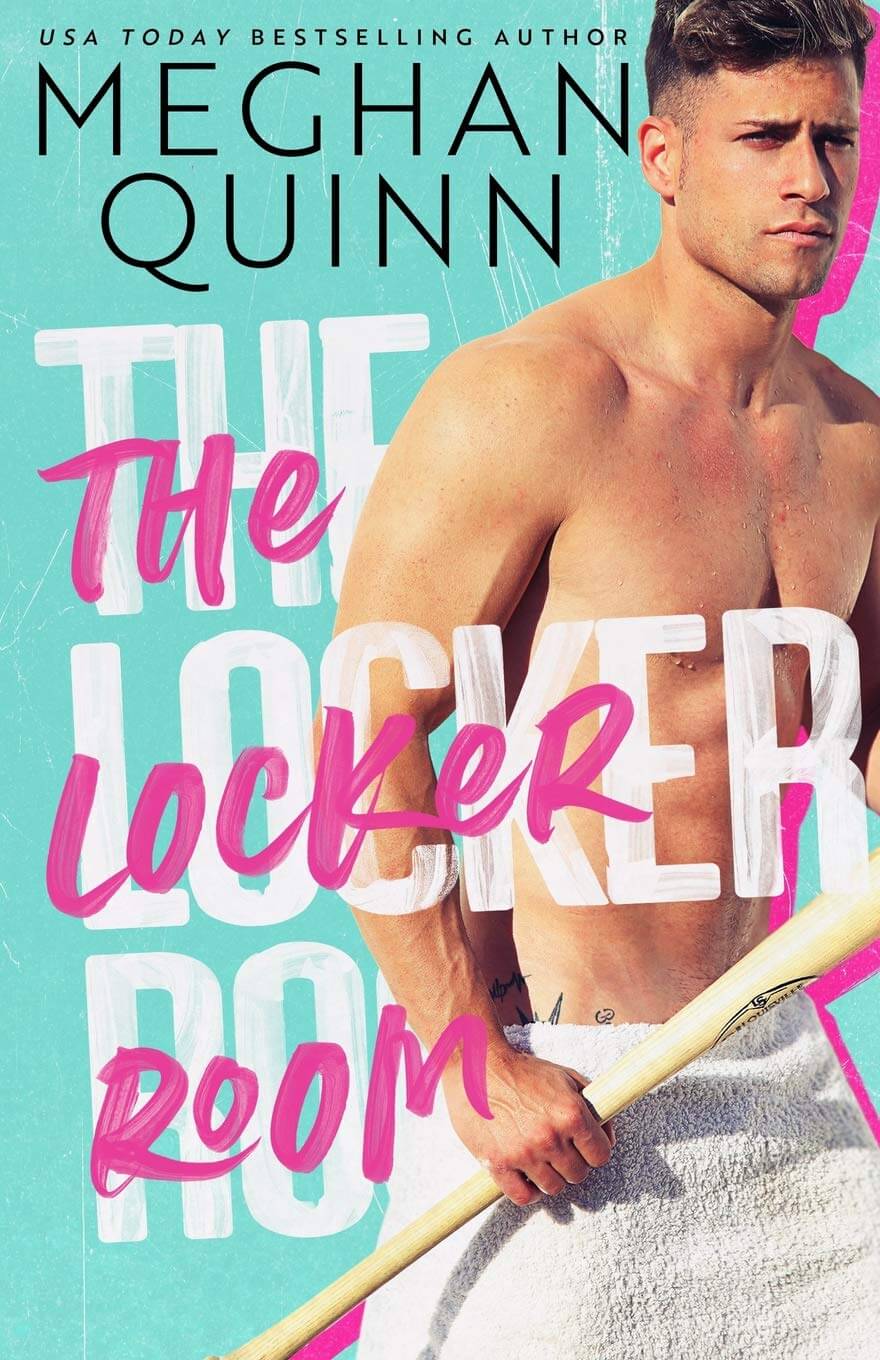 The Locker Room by Meghan Quinn

For baseball players, superstitions are not to be taken lightly, like the one about the locker room having magical powers. Legend has it, hooking up with the girl of your dreams inside a baseball locker room will secure you one trip down the aisle as husband and wife. If only Knox Gentry believed in that silly superstition. But when he meets transfer student Emory at the start of their junior year, and she turns him down, he wonders if he’ll need a bit of magic, luck and even a locker room invitation to win her over for good. 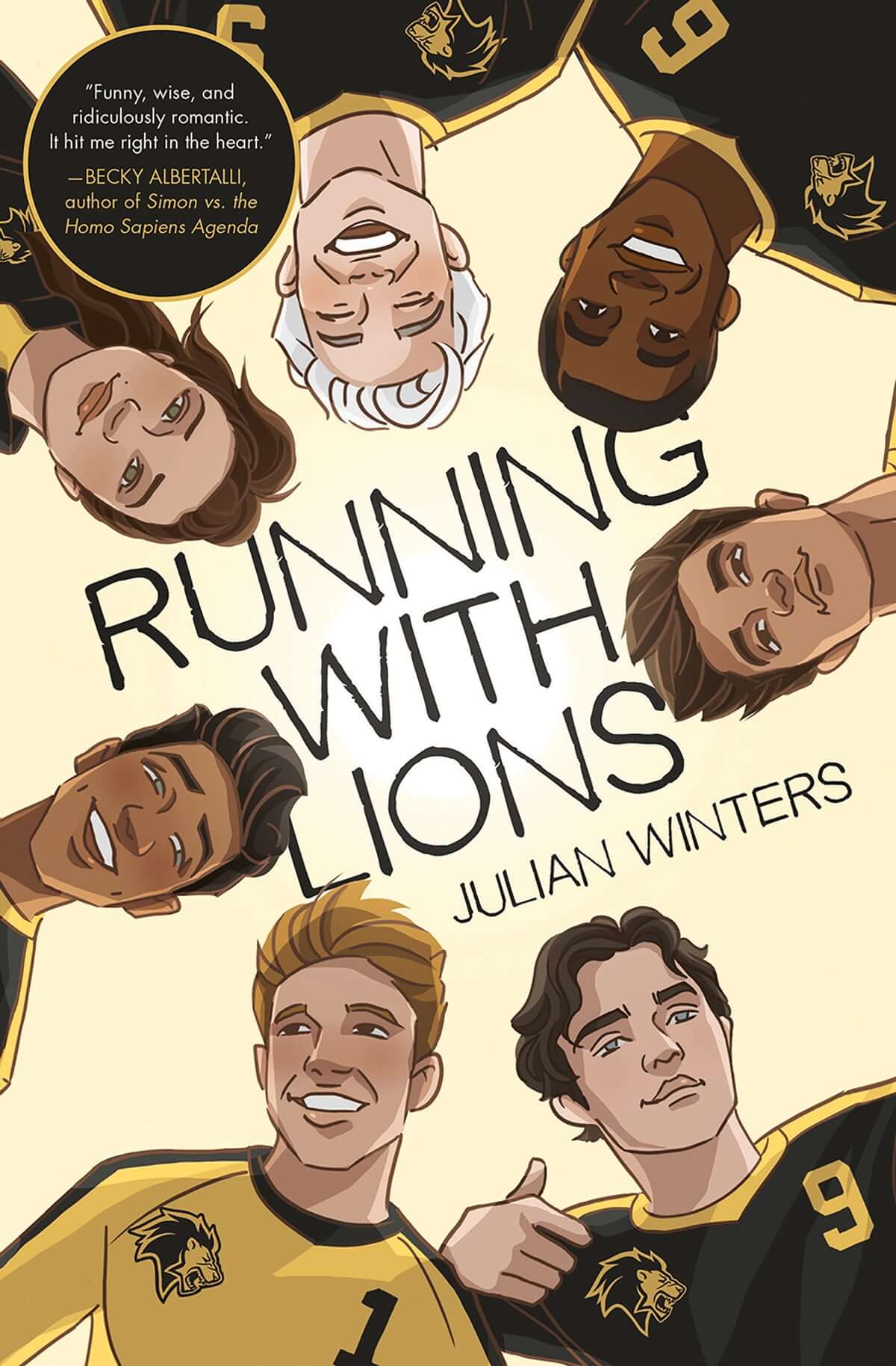 Running With Lions by Julian Winters

It’s Sebastian Hughes’s senior year, and as the star goalie for the Bloomington High School Lions’ soccer team, things are going great so far. His coach and teammates are like family to him, and they even allow him to be open about his sexuality. Yet surprisingly, when Sebastian’s estranged childhood friend, Emir Shah, joins the school’s summer training camp, things become challenging. The reunion is a cold one; Emir shows nothing but disdain for Sebastian, who realizes the team won’t see success unless he fixes their relationship fast. Determined to make things right, Sebastian begins to regain his old friend’s trust, and he’ll soon discover that he could have it all, the success of the team and a new budding romance.

Head Over Heels by Hannah Orenstein

For the past seven years, Avery Abrams has had it rough. After dedicating her entire life to participating in the Olympics a bad performance ended her career for good while her best friend, Jasmine, went on to become an Olympic champion. Jasmine would eventually marry their emotionally abusive coach, Dimitri which was the ultimate betrayal for Avery. Now, after a bad breakup with her football star boyfriend, Avery goes back home to Massachusetts to coach a promising young man named Ryan despite all the traumatic memories she would relive. Soon, sparks fly between the aspiring gymnast and former athlete when news that shock the gymnastics world comes to surface and it effects not only Avery, but her old friend Jasmine too.

Having a stepbrother who plays in the NHL, Violet Hall completely knows how flirtatious and promiscuous hockey players can be. So, when Alex Waters defies her expectations of a NHL player’s intelligence, she succumbs to a lapse of judgment and has a one nightstand with him. It isn’t until he begins to call, text, and send her gifts that she realizes he is much too likeable to ignore, but in a world where Alex is portrayed as a player, Violet does not want to play his game.

Him by Elle Kennedy & Sabrina Bowen

When they were eighteen, at a summer hockey camp, Jamie Canning and Ryan Wesley stopped being friends after Ryan managed to coax his straight friend into a bet that pushed the boundaries of their relationship. Now, four years later, Jamie still can’t figure out why his roommate cut him off. With their college teams about to face off at the national championship Jamie knows this is his time to get answers to his questions and to discover things about his old friend and even himself.

The Hooker and the Hermit by Penny Reid & LH Cosway

Annie Catrel is a social media expert and celebrity blogger at Davidson & Croft Media. Annie also has her own anonymous page, New York’s Finest, which can make or break someone’s image. Annie also prefers online interactions rather than reality. Ronan Fitzpatrick is the best hooker on his rugby team, but also a notorious and reckless bad boy. When Ronan is suspended, he heads to Manhattan to reshape his image through Davidson and Croft, but he never expects to cross paths with Annie who he likes right away. Can Annie keep her identity as a blogger a secret or will he discover who she is?

From Lukov with Love by Mariana Zapata

After seventeen years, Jasmine Santos has experienced pain in the form of broken bones and broken promises. With her window of competing in figure skating is slowly coming to a close, the offer of a lifetime presents itself from someone she dislikes. However, Jasmine might have to reconsider everything and that includes, Ivan Lukov.