Kristan Higgins on Pack Up The Moon

Kristan Higgins on Pack Up The Moon

This summer New York Times best-selling author Kristan Higgins delivers a heartbreaking love story with a happy ending—just not the one you expect. Reminiscent of Me Before You and P.S. I Love You, Pack Up the Moon is the story of young widower Joshua Park, whose late wife, Lauren, left him twelve letters with directions on moving forward in the first year after her death. In true Kristan Higgins fashion, the result is a laughter-through-tears page turner that will satisfy longtime fans and new readers alike.

Lauren’s letters lead Josh on a journey through pain and anger to fragile, cautious hope. The tasks he’s assigned range from the deceptively simple, like grocery shopping or hosting a dinner party for family and friends, to the unthinkable—getting rid of their bed and kissing a woman who isn’t Lauren. On Josh’s clumsy and occasionally humorous path to healing, sorrow slowly makes room for laughter and new relationships. Higgins’s heart tugging and ultimately hopeful story affirms love has the power to transform a life and transcend death. 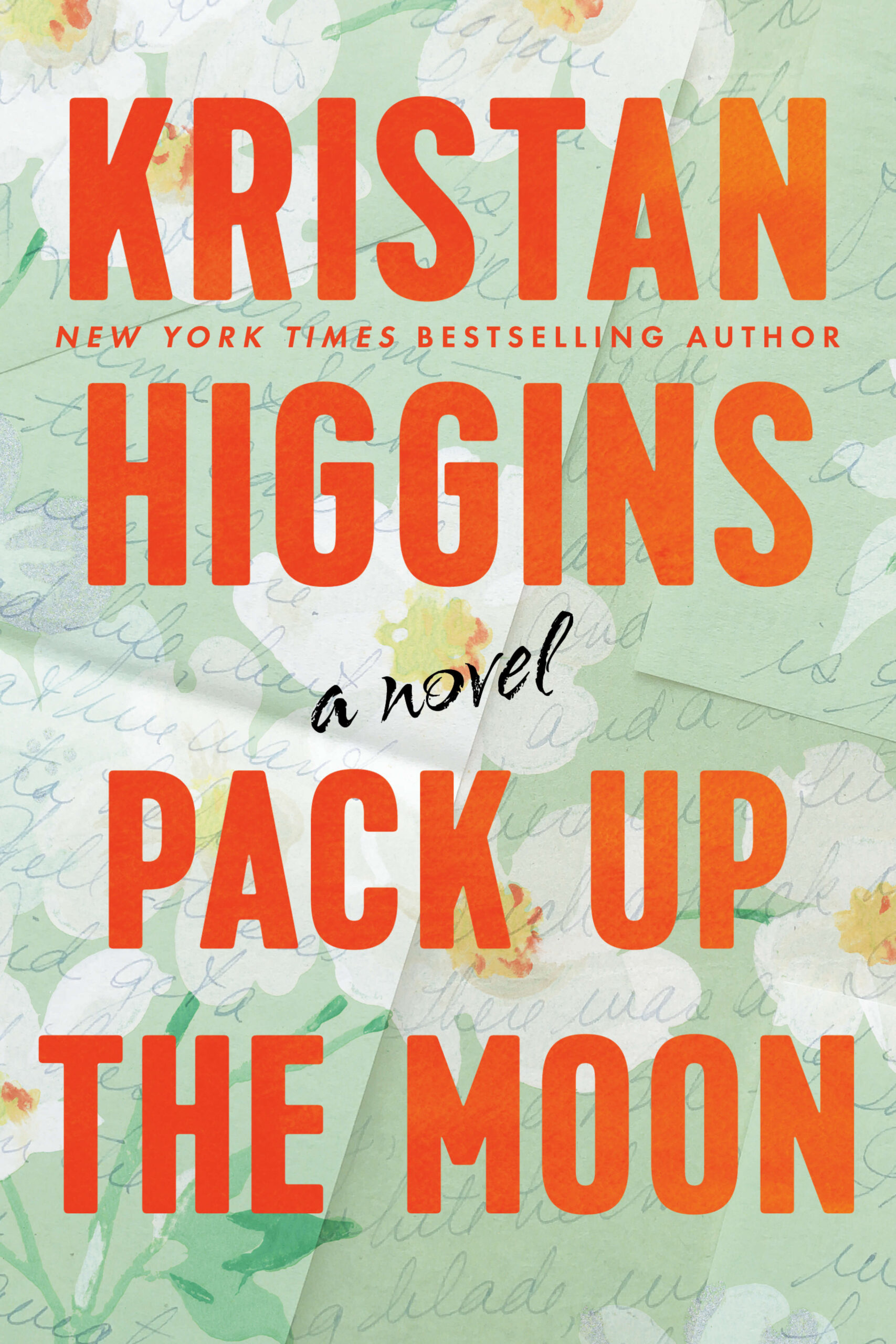 A beloved author with a devoted fan base, Kristan Higgins has sold 4.5 million books worldwide, scored nine New York Times bestsellers, and is published in more than two dozen languages around the world. Her two most recent novels were each selected as People magazine’s “Pick of the Week.”

What was the inspiration behind Pack Up the Moon? What sparked the initial idea?

I was on Cape Cod with only my dog Luther for company a couple of winter ago. My goal was to finish writing a book. Luther required a long walk every day (which was good, because left to my own devices, I might not have gotten outside). There we were, walking on the frigid winter beach, the sky a gorgeous blue, the sand crispy with the cold, and in the distance, I saw a man. He was standing very still, looking out at the ocean, and he instantly struck me as tragic. He may well have been thinking about ice cream or calling his mother, but to me, he looked utterly lost and bereft. I looked at my dear dog and said, “I think I just found my next book.”

I’ve written widows and widowers before, but I haven’t written from the point of view of someone who had a terminal disease. I’ve known a few people who have died too young and wanted to make their last months count. It’s something I’ve pictured for myself, too, way too much. We all die…but we all want to die well too. The “hook” for me was writing a person who was staring death in the face and decides to be joyful too. Not naïve, not ignoring her condition, but accepting it, fighting it to the best of her ability, and still making it the happiest time of her life. It’s what I’d want to do, and having seen other people do it…well, it made a huge impact.

I also loved the idea that Lauren knew she’d have to take care of Josh as he struggles through that first year without her. Josh is a solitary guy, works for himself, is on the spectrum and has trouble reading people and making new friends, so Lauren writes him a letter for each month, giving him a task to do that, she hopes, will keep him moving forward. She says in one letter that the last thing she ever wanted to do was break his heart, and here she is, breaking his heart. So this is her way of apologizing, almost, and leading him through this intensely difficult time.

Which character was easiest for you to relate to: the young widower Joshua Park, or his late wife, Lauren?

Joshua, I think. I’ve experienced a couple of tragic losses in my life, and I know the feeling of believing you’ll never be happy again, that life is just something to be endured, and that the loss will never stop hurting. And it doesn’t. You just get better at carrying that grief and making room for happiness.

In the book, Lauren leaves Joshua 12 letters with directions on moving forward after her death. Which step ended up being your favorite to write about/create? Your least favorite?

I think my favorite task was one of the earliest ones—making Josh buy some new clothes. He’s not thrilled about doing it…all those people at the mall…and he’s in this moment of being angry at life. Then, in a vulnerable moment, he meets an unexpected ally, and their interaction was so infused with Radley’s kindness. It was an example of a task being more than a task, which Lauren had carefully constructed in her plans for her husband.

The least favorite is also Joshua’s least favorite, because it’s rather terse and broad. “Do something you’re afraid of.” It sounds like a Facebook meme, doesn’t it? We later learn Lauren hated that task, too, and she’d been pretty sick when she wrote it. I liked that she wasn’t omnipotent in every letter, that even after her death, she was human and flawed. And in the next letter, she admits it was a crappy task.

With more than 20 books under your belt, how do you challenge yourself with each new book idea? For you, does it get easier or harder with each book’s writing process?

Every book I’ve ever written centers around a theme…in Pack Up the Moon, it’s learning to find (and create, and give) happiness under the very worst circumstances. Both Lauren and Josh learn to do this, and so do the secondary characters in some ways. The hard part is that I never know the theme until I’m about two-thirds of the way through.

For me, writing gets harder in some ways. I never want to repeat myself or rely on a formula. Maybe I lack self-esteem, but I never thought of myself as particularly talented, so I’ve always worked really, really hard to write the best book I can. And over the years, I’ve learned that all that misery and doubt and questioning is just part of the process. Alas.

If you could have a literary dinner party with five guests, who would you invite, dead or alive?

Maya Angelou, Sonali Dev, Stephen King, Jonathan Tropper and Elinor Lipman. Four of those authors are still alive, so if you can arrange this, I’d be most grateful and excited!

Your tagline as a writer is “books that make you laugh, cry, and laugh again.” What are you currently reading?

Where the Crawdads Sing by Delia Owens. I’m late to the party on this one, but my God, it’s so good!