The most impactful reads of 2018

The most impactful reads of 2018

There’s book candy – those fun, entertaining reads we thoroughly enjoy but then promptly forget. And then there are the really important, meaningful books that make us stretch our brains or ponder an interesting question, and whose impact lingers long after the final page. There have been lots of them this year, both fiction and nonfiction. These are 12 of the most impactful reads of 2018.

Not That Bad: Dispatches from Rape Culture edited by Roxane Gay

Ever get super uncomfortable when you’re cat-called on the street or touched too much by some guy – but then you brush it off and dismiss it away? Maybe you’ll even say, “It wasn’t that bad,” because you could have been raped or killed, like all those many, many other girls who have had it so much worse. But, no, says Roxane Gay. It was that bad. It all was. In this anthology, she shares essays by dozens of women who describe the victimization they experienced (and, often, minimized). It’s powerful, hard to read, timely and really important. 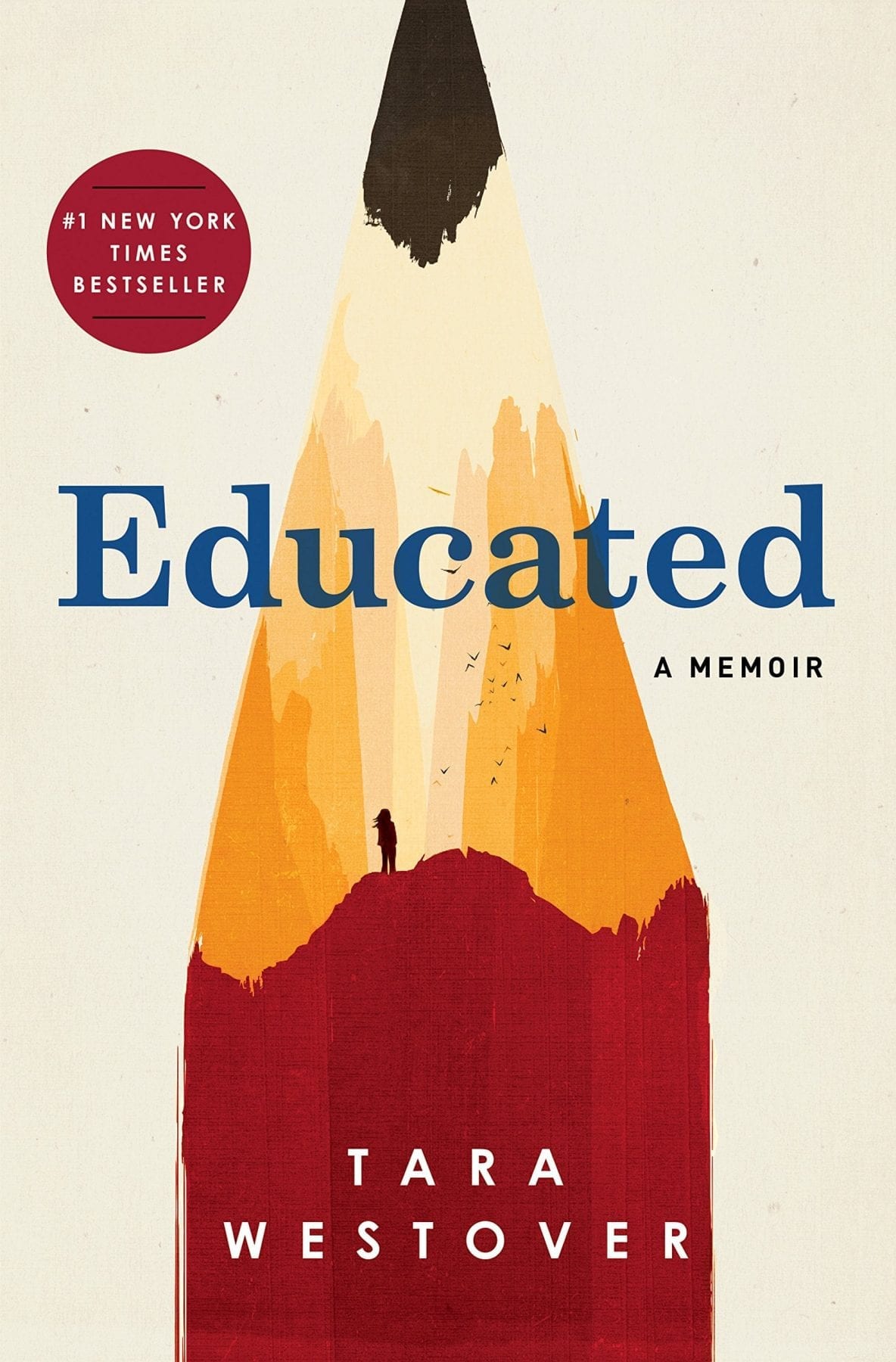 Educated: A Memoir by Tara Westover

Before I picked up Educated, every book lover I know told me it was one of the best memoirs they’ve ever read. (Even Obama read it over the summer, and then called Westover to personally commend her for her work.) Then I saw Westover speak at the National Book Festival in Washington, D.C., and was blown away by her eloquence. The 30-something-woman grew up with a survivalist family so isolated that she wasn’t allowed to go to school or receive an education, or even go to the doctor and take modern medicine. She had no one to intervene when her older brother became violent, either. Yet, amazingly, Westover defied the odds and got herself into college, including stints at Harvard and Cambridge University. Her story is maddening and inspiring; heartbreaking and heartwarming. And mostly, it’s unforgettable.

This little book (it’s only 214 pages) is about Will Kendall, who’s recovering from Bible college, and the girl he falls in love with: Phoebe Lin, who’s increasingly drawn into a secretive extremist cult. It’s a searing account of religion, politics and intoxicating first love. The subject matter is complex; Kwon’s writing, lyrical. I liked it because it’s a fascinating, thought-provoking discussion of faith and what it means to different people. It’s also a unique take on cults and how and why they appeal to certain people. 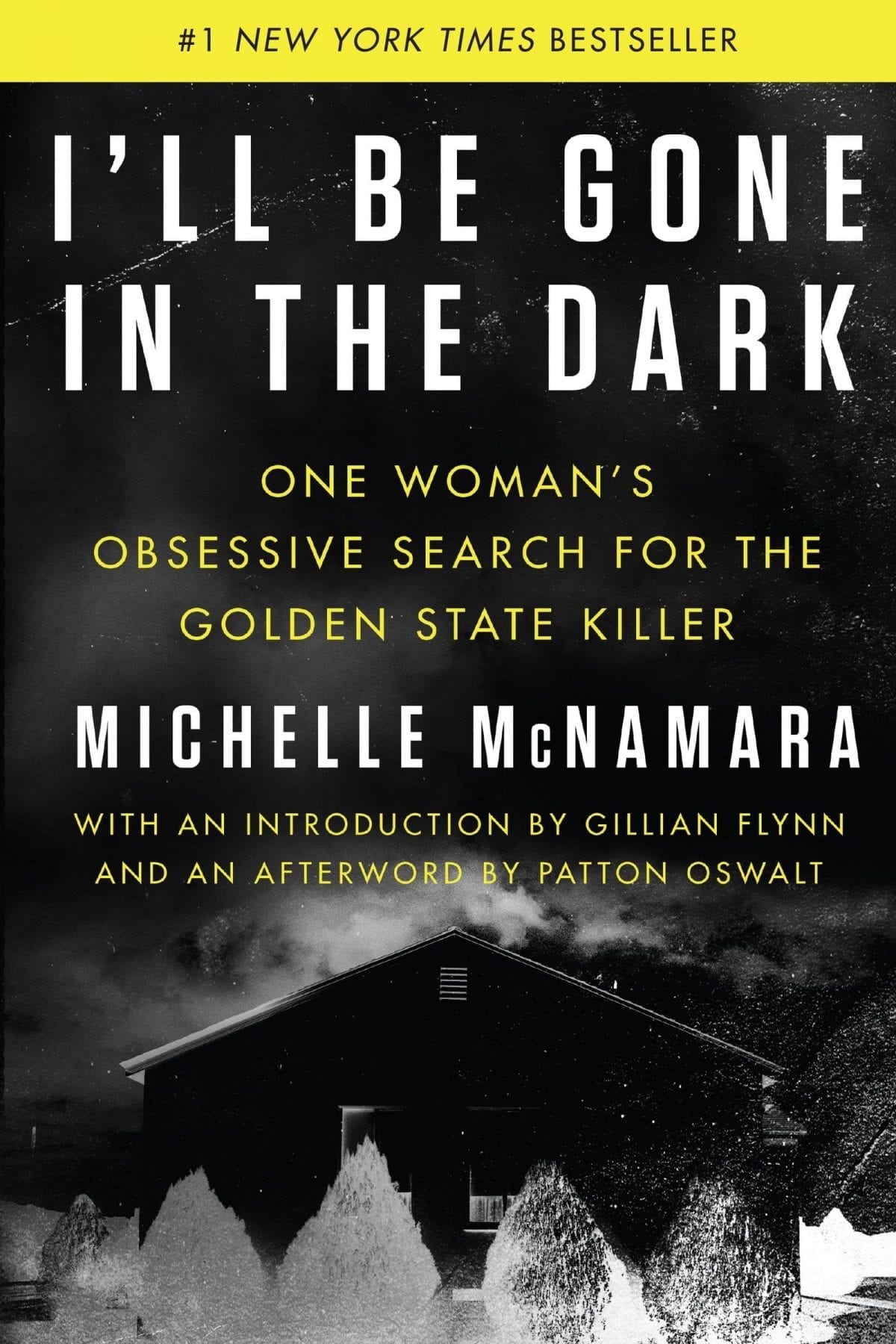 I’ll Be Gone in the Dark: One Woman’s Obsessive Search for the Golden State Killer by Michelle McNamara

Even if you haven’t read I’ll Be Gone in the Dark, you probably know its backstory: Michelle McNamara, the popular journalist behind TrueCrimeDiary.com, was obsessed with the serial killer she dubbed the Golden State Killer. Tragically, she died before her book, I’ll Be Gone in the Dark – a gripping account of her quest to identify the killer – was published. Shortly after its release, the Golden State Killer was finally captured. I’ll Be Gone in the Dark will make you want to sleep with the lights on for at least a week, but it’s a powerful true crime classic that showcases McNamara’s gift for storytelling. Plus, many people believe her interest in the case – and the renewed attention she brought to it – played a role in helping finally capture the killer. Believe me, after you read this one, you’ll be really glad he’s behind bars.

The Tattooist of Auschwitz by Heather Morris

This raw, brutally honest book is based on a true story. It’s about Lale Sololov, a prisoner at the Auschwitz-Birkenau concentration camp whose job was branding each new prisoner who arrived with the series of numbers that would identify him or her. In the midst of all this unbelievable horror, Sololov fell in love with Gita, a fellow prisoner, and vowed to survive the camp and marry her. Morris’s book is a case study in bravery and courage; in love and humanity during the darkest times imaginable. You’ll be thinking about this extraordinary story long after you turn the final page. 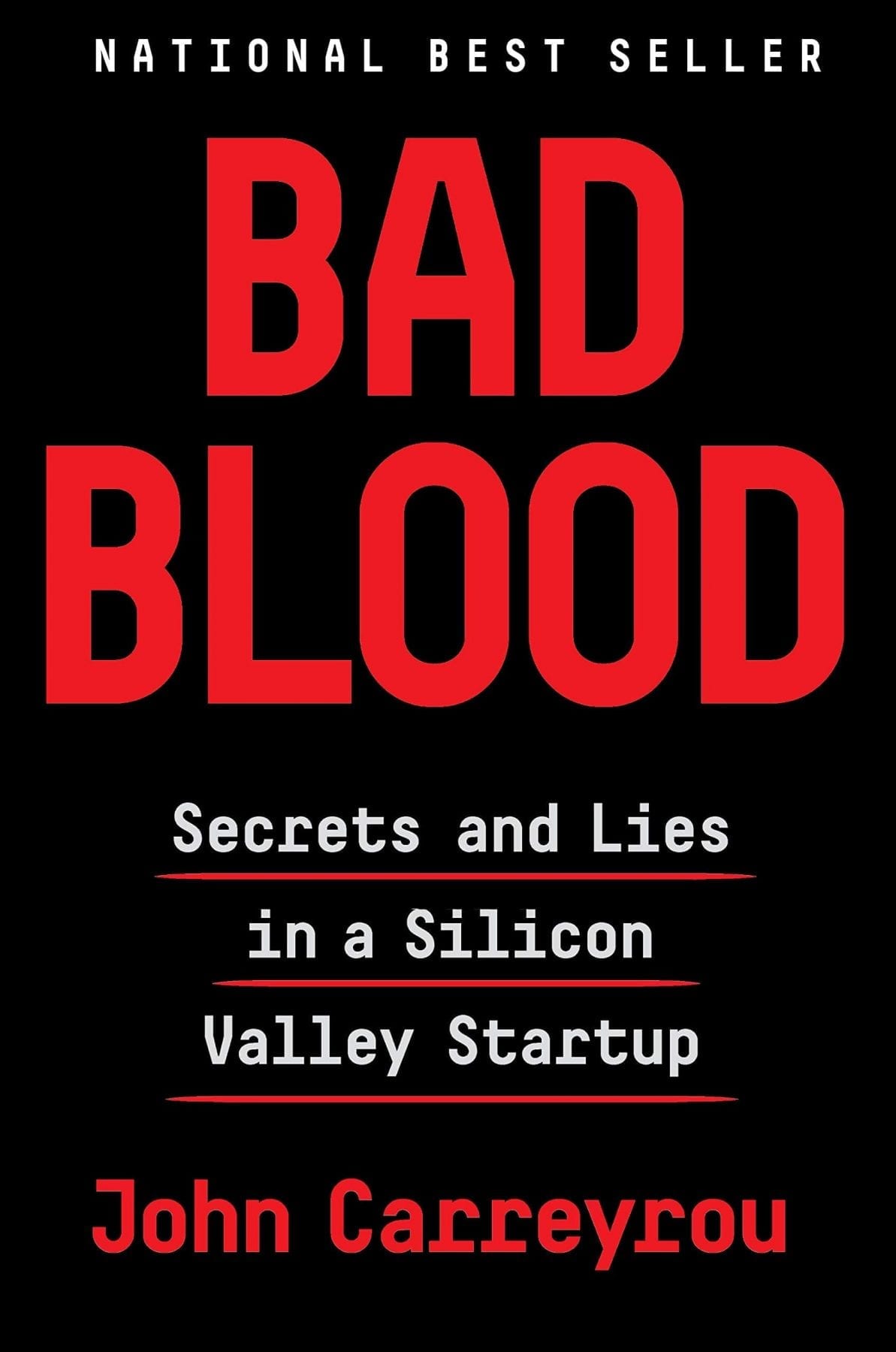 Bad Blood: Secrets and Lies in a Silicon Valley Startup by John Carreyrou

You know the mind-blown emoji, the one with the brains exploding all over the place? That was me on every page of this book. John Carreyrou is The Wall Street Journal reporter who exposed the scam that was Theranos, a high-profile Silicon Valley startup run by Elizabeth Holmes. The short story about Theranos: Lies, lies, lies. But the longer Bad Blood is captivating and well worth your time. The company, which claimed it was going to simplify blood testing, made Holmes the youngest self-made billionaire. But the technology never actually worked, and in the process, endangered many peoples’ health. A non-fiction read about a Silicon Valley health care startup might sound like it would be, well, less than exciting, but let me assure you: This deeply reported book reads far more like a thriller. 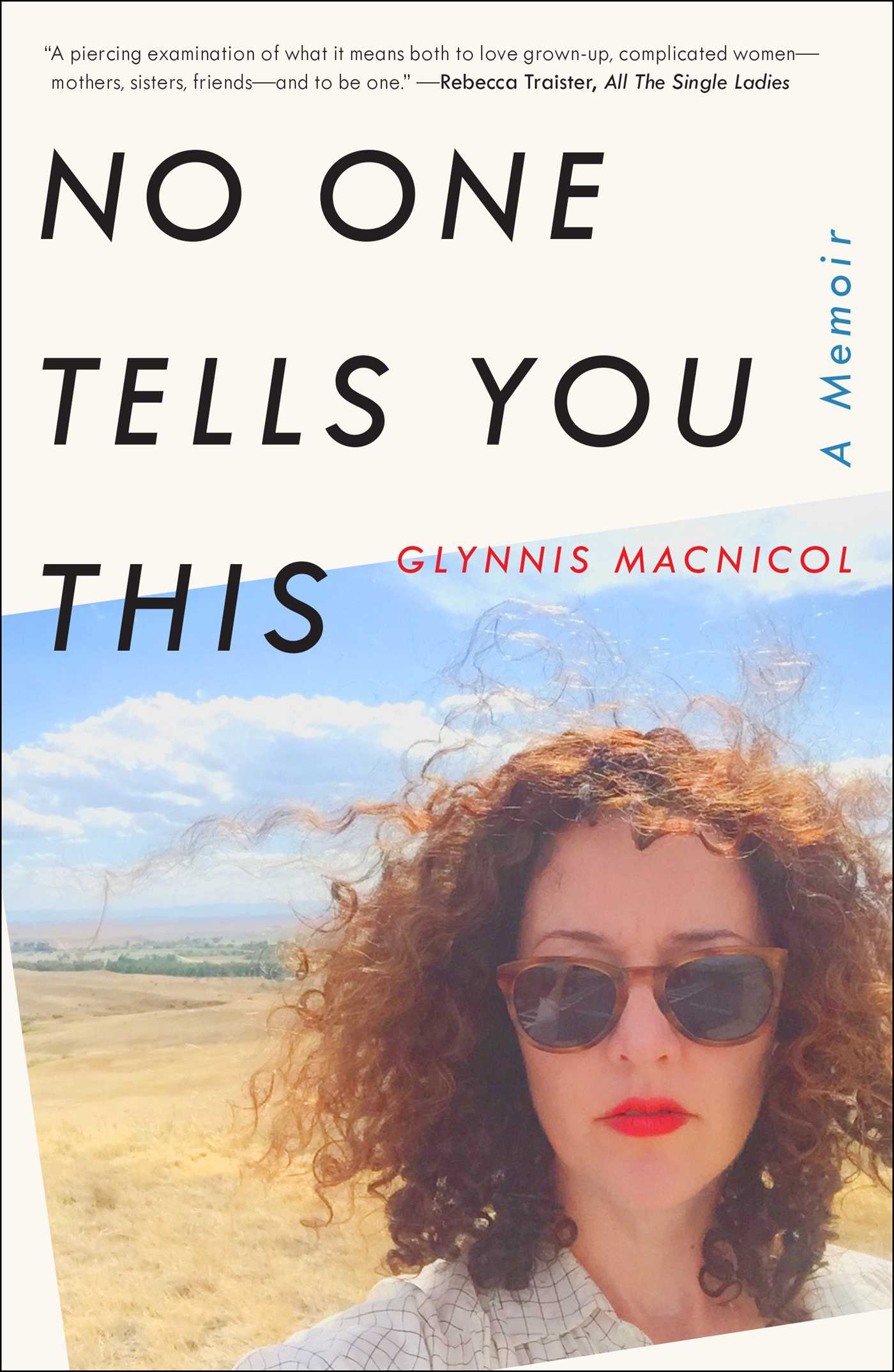 No One Tells You This: A Memoir by Glynnis MacNicol

Glynnis MacNicol is over 40, single and childless. And living a totally happy, successful, awesome life. I adored her memoir, which describes what it’s like to go solo – which, to many people, automatically qualifies you as an old maid or spinster. (False and false.) It’s empowering and makes it clear that there are many avenues to a fulfilling life, and women shouldn’t be shamed for staying single, no matter the reason. MacNicol is charming and relatable, and if you read her book, just know: You’re going to want to run away to a dude ranch. And not just for the cowboys.

The Book of Essie by Meghan MacLean Weir

This book has a gorgeous, sparkling cover – which is not the thing that makes it so important. That’s the storyline. The book is about Esther Ann Hicks, the youngest child of a TV- famous preacher; the family has its own reality show, Six for Hicks (think the Kardashians meet the Duggars). Essie is pregnant, and on the day she turns 17, there’s a meeting to decide whether she should have the baby or if sneaking her to a clinic for an abortion is worth the PR risk. The book will make you rethink your obsession with reality TV, fame and celebrity, and ponder the power wielded by popular religious figures. 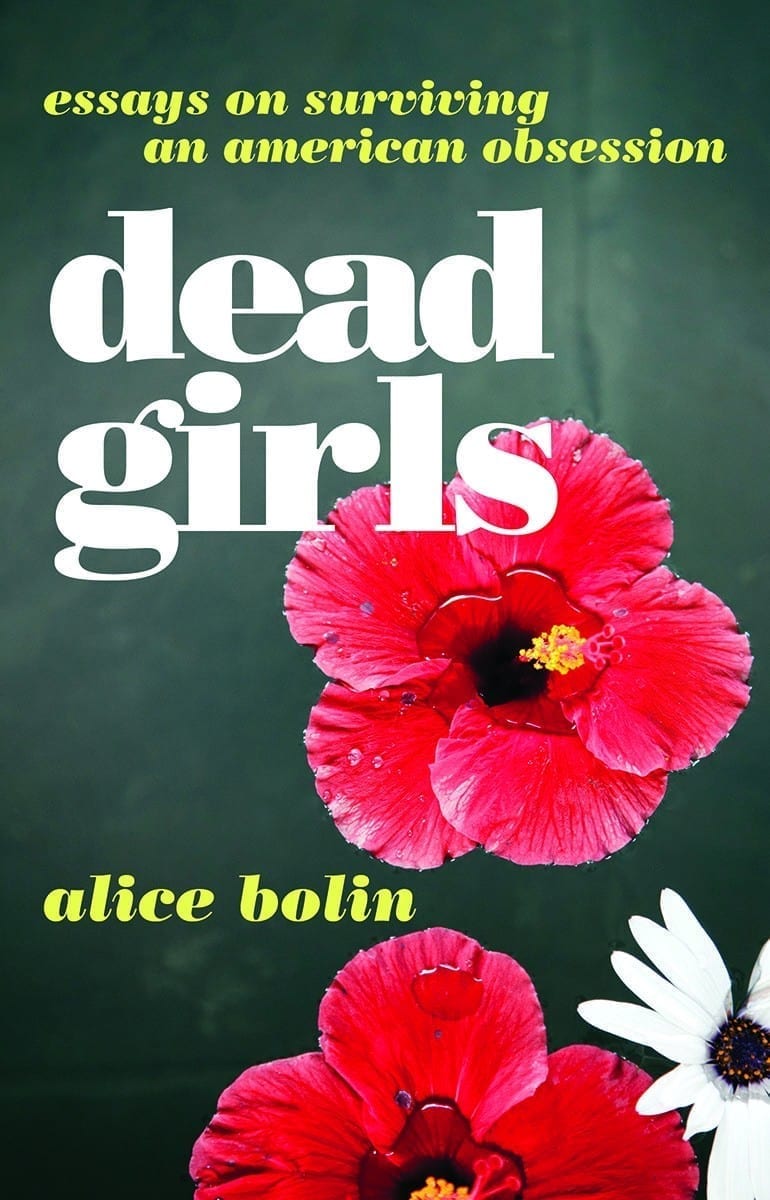 America is obsessed with dead girls. It sounds bad, but it’s the truth: For a long time, our culture has been fixated on women who are abused or killed – and, as Bolin puts it, “whose bodies (dead and alive) are used as props to bolster men’s stories.” In her fascinating, unputdownable collection of essays, she investigates what this obsession means for us as a whole, plus the role that we – as consumers – play in it. It’s an important, eye-opening conversation, with smart, sharp cultural analysis.

Us Against You by Fredrik Backman

Let it be known: Fredrik Backman is my absolute favorite writer. I’d read any little scribblings of words he felt compelled to share. So it’s no surprise that I devoured Us Against You – the sequel to Beartown – immediately and loved every word. (I finished it on an airplane and made a minor spectacle of myself as I sniffled hysterically through the ending.) I consider Us Against You one of the most impactful books of the year because of the truths Backman so lyrically presents about humanity, and human nature, and how a divided community can heal – and the deep, cutting emotion he makes readers feel. He’ll break your heart and make it swell in the span of one page, and that’s something few authors – and books – can do. 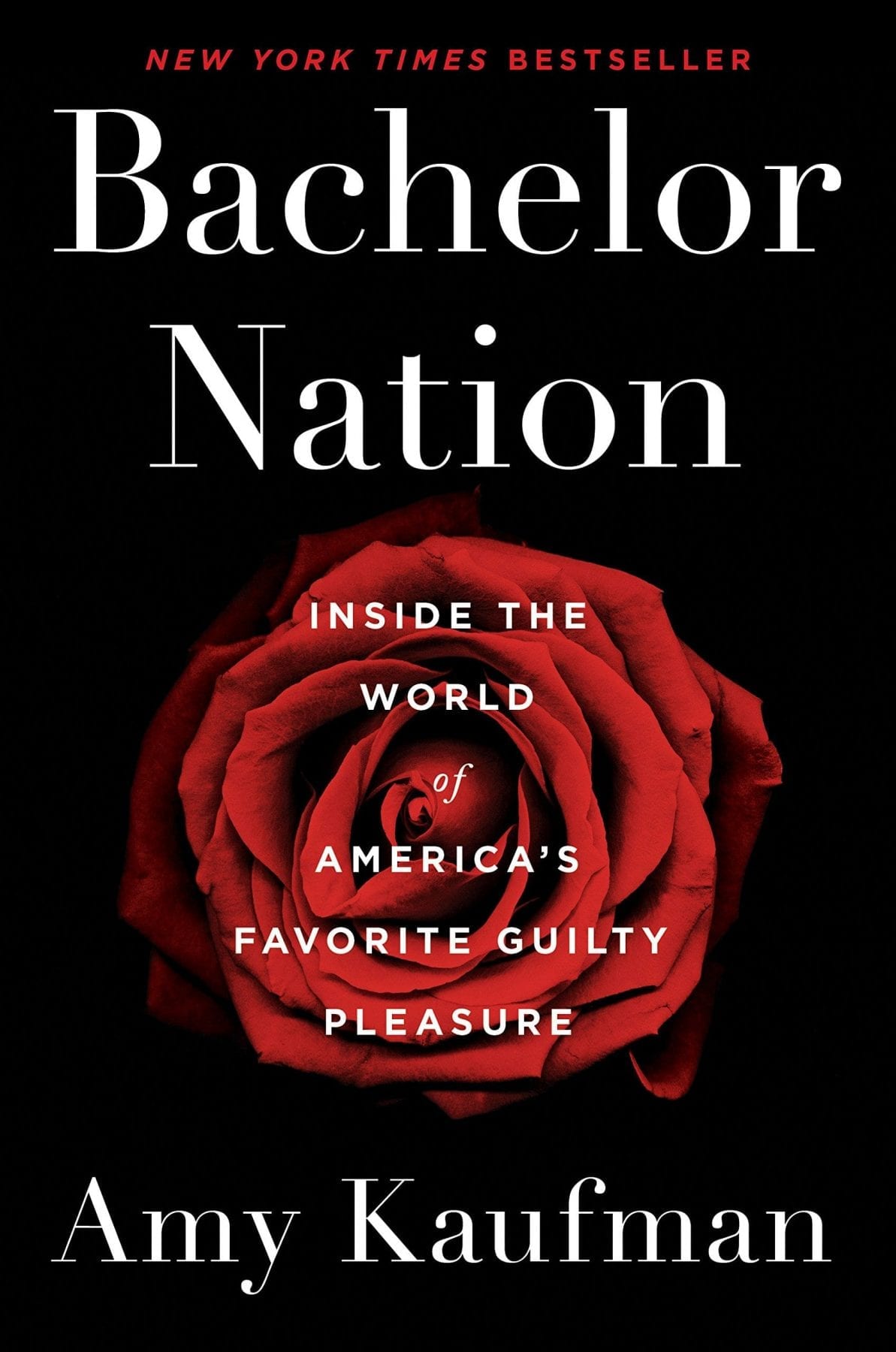 Bachelor Nation: Inside the World of America’s Favorite Guilty Pleasure by Amy Kaufman

Oh yes, Amy Kaufman’s exposé on The Bachelor franchise is one of the most important reads of the year – if only because we’ll never look at the show the same again. Even if you were a hate-watcher, like me, this super detailed behind-the-scenes look takes things to a whole new level. You’ll learn, just for starters: Show producers tracked the menstrual cycles of female contestants to achieve the most emotional interviews; the sound bites are probably completely removed from their context and totally meaningless; contestants are cast depending whether they can fill roles like “the fat one” and “the cheerleader;” and so much more. You’ll probably never want to watch again.

There There by Tommy Orange

I found out about this book when every book club, everywhere, read it this year, which obviously meant it required further investigation. It’s about 12 Native Americans – “Urban Indians” – living in Oakland, California, who are preparing for a modern-day powwow. They have to grapple with issues like who they are as Natives living in the city and what it means to be Native today. It’s been called all the big, glowing words, like “groundbreaking,” “extraordinary” and “brilliant.” And they’re all well-deserved. There There is a beautiful commentary on cultural politics and an important must-read.

About the Author: Angela Haupt

Angela Haupt is a writer, editor and dog-obsessed reader living in Washington, D.C. She covers health news during the day and writes about books and other fun topics, like local events and human interest stories, during her free time. She’s a diehard library loyalist and prefers to read alongside her feisty 5-pound toy poodle, Redwood.