Netflix Releases the Book to Screen Film Adaptation of Monster

Netflix Releases the Book to Screen Film Adaptation of Monster

Netflix has just released their timely book-to-screen adaptation of Monster, starring Kelvin Harrison Jr, Jeffrey Wright, Jennifer Hudson, and Rakim Myers (better known as A$AP Rocky). The book, written by Walter Dean Myers, was originally published in 1999 but is still as relevant today as it is was then.

The film portrays a sequence of events that has happened far too many times: a 17-year-old Black boy is arrested for his alleged involvement in a murder he swears he didn’t commit, then put on trial and portrayed by the prosecution as a monster.

The film tells this unfortunate story in a way we haven’t seen it before: from the inside out. Netflix’s Monster will be sure to evoke many emotions and questions for streamers, just as the book has done for so many readers. 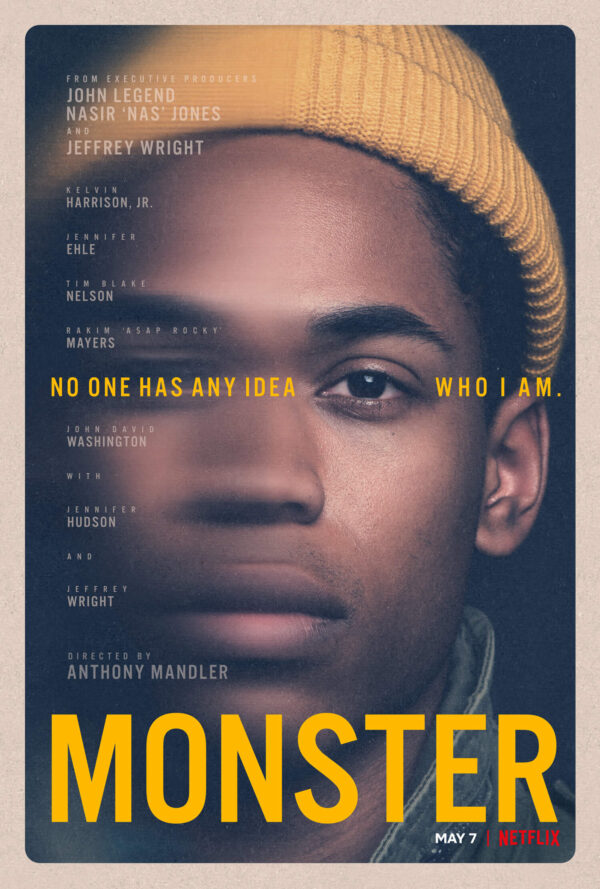 Monster tells the story of Steve Harmon (Kelvin Harrison, Jr.) a seventeen-year-old honor student whose world comes crashing down around him when he is charged with felony murder. The film follows his dramatic journey from a smart, like-able film student from Harlem attending an elite high school through a complex legal battle that could leave him spending the rest of his life in prison.