If you try to imagine a dream author duo, it may be daunting when you take into account genre or demographic. But even if you were to pair two of the most renowned creatives in the world, you still might not guess these names: Light-up-the-room, 10-time Grammy Award-winning Dolly Parton, and James Patterson, grisly thriller author of over 320 thriller and crime books. But it was kismet when these two partnered up for what ended up being a multimedia project, and the literary world was blown away—and not just for the reason it’s the first time a #1 best-selling author and an entertainment icon have collaborated on a book.

In February 2020, James Patterson was watching a documentary about Parton, and he realized: “Dolly and I come from very similar places.” They’re both prolific storytellers; Patterson has sold almost 430 million book copies, and Parton has sold over 100 million records worldwide and composed over 3,000 songs. Both built entertainment empires into their 70s and have a strong passion for literacy organizations—most notably, Parton through Dolly’s Imagination Library (which has mailed 150+ million free books to children since 1995), while Patterson has donated more than one million books to students, and millions more to school libraries, veterans and indie bookstores.

So, Patterson flew to Nashville to visit Dolly Parton, and ask if she’d be interested writing a novel together.

The result is Run, Rose, Run, a novel about a young singer who flees her dark past and arrives in Nashville to pursue her music dreams. The catch is that the inspiration to her brilliant songs is a dark secret she’s desperately been trying to hide; a secret she’s been trying to escape. The book draws on Parton’s experiences and insight in country music and the music industry, coupled with James Patterson’s dramatic character building and thrilling plot lines.

A unique element of Run, Rose, Run is the accompanying soundtrack: 12 tracks written by Dolly inspired by the situations and characters, the lyrics threaded throughout the novel. As James wrote and discussed characters, scenes and details with her, Dolly expanded on the story and those emotions through songwriting, and their writing process was born: write, get together, clean it up, start over.

Read on for our exclusive interview with James Patterson and Dolly Parton about writing Run, Rose, Run together, creating a book soundtrack, and the importance of encouraging children to read. 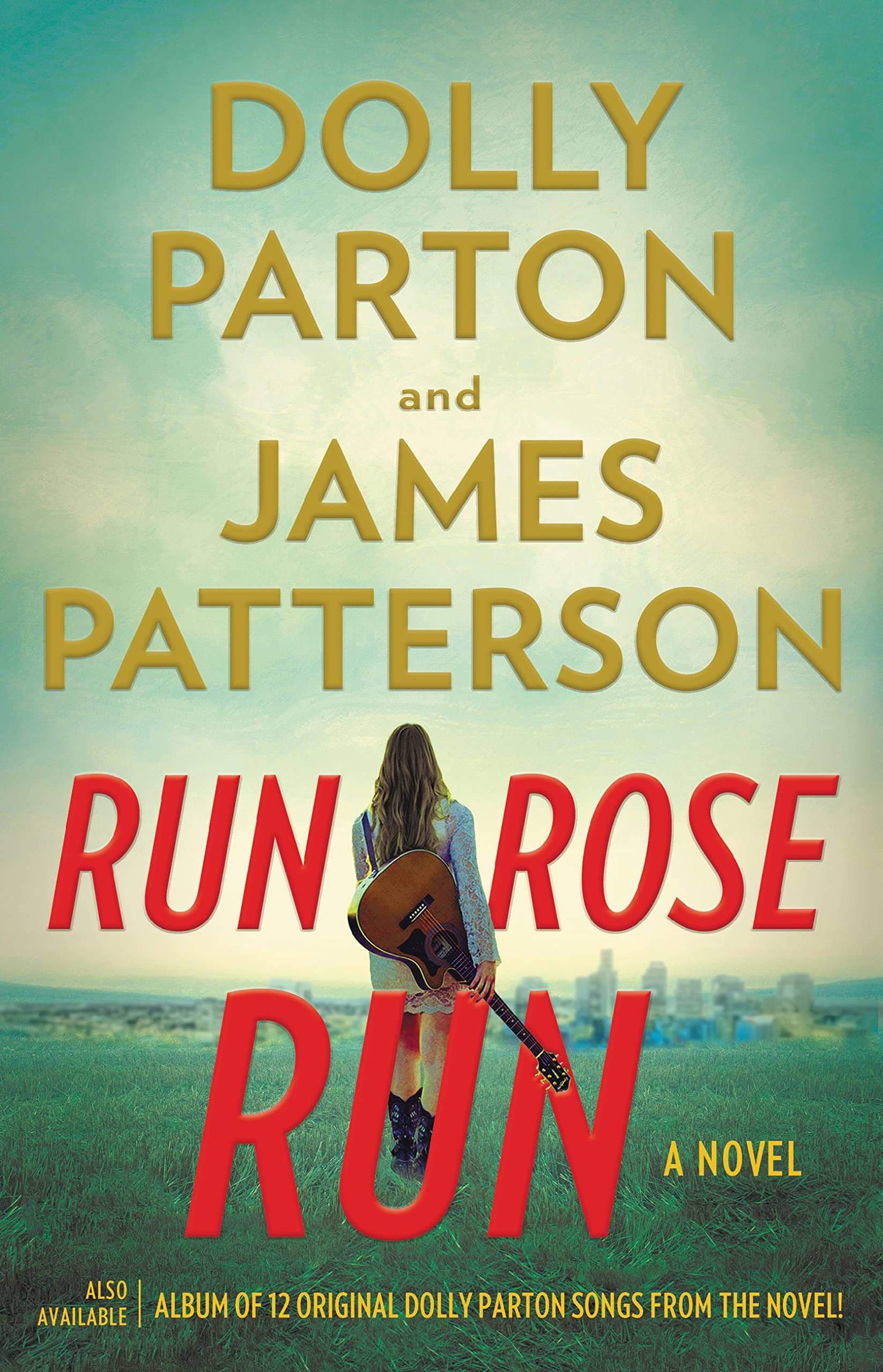 James, when was the first spark where you thought, ‘I should ask Dolly Parton if she wants to write a book with me’?

James Patterson: I think I was just watching a documentary and it struck me that we had a lot of things in common: humble beginnings, children’s literacy, she went to Vanderbilt and I went to school in Nashville.. I had this rough idea…about a kids’ book,  maybe the beginnings of an adult book about Nashville and song writing.

Dolly Parton: And then there I was! When he asked if I’d be interested I was like duh, yeah! What would we write about! I’m a songwriter not a writer of novels? But when he told me his idea and came to Nashville, it sounded the perfect thing.

James: I needed help in terms of authenticity and understanding Nashville, music and blue grass music, and what it would be like for AnnieLee to come into town, with immense talent, even though we all know even if you’re very talented, that doesn’t mean you’re going to make it.

I see Nashville as the place with the most talent you’ve never heard of. Seems like a great setting for this book, and obviously a familiar one to Dolly.

Dolly: The most talent you’ve never heard of! I like that!

Creating a soundtrack with the book was such a spot-on idea for you two. “Big Dreams and Faded Jeans” is a standout track. Do either of you have a favorite track?

James: “Big Dreams and Faded Jeans” and “Snakes In The Grass”—really, there’s no bad ones!

Dolly: My favorite is “Blue Bonnet Breeze” – and that was the title that James was writing on his end, a title he had.

James:I’m not aware of many books with soundtracks—but we hadn’t started that way, right Dolly?

James: I now have the experience of listening to the songs with the books, and it’s amazing to know the story and all the songs come out of AnnieLee’s or Ruthann’s story, and listen to the music. Or vice versa: listen to music and read the book.

James: Dolly was so nervous!

Dolly: Well, I didn’t’ know what music he was in to, and the novel has bluegrass flavor!

James: She knew I’d been to Woodstock—so she knew I was into rock and roll!

Dolly: Hey; I was nominated for Rock and Roll Hall of Fame!

When it came to crafting the ending, were there any creative disagreements?

James: No, no disagreements. One of the key things with us—and important for anyone collaborating—is to listen. We did talk a lot about the ending. We wanted it to be satisfying and not too harsh, but you want people at the end to go, ‘yeah I wasn’t expecting that—but I liked it.’

Dolly: We also felt like we’d eventually be doing a movie of this; it’s already a script in a way. We thought anything addressed in the book would be made more extreme in the movie. Movies being better than the books is rarely the case. Laughs. I hope I’ll play the RuthAnne part in the movie, and would be involved enough to have control in how it ends or how far it goes.

James: Yeah that’s really important that in the movies people walk out, and that ending is satisfying—it’s  really same thing with the book.

Dolly: Well we only care about people who love it anyways!

Dolly: You know like a first love? When I first started reading his books I loved Along Came a Spider and they made a pretty decent movie, but not as good as the book! But I like all his books. My best friend has a whole shelf of his books!

James: Well I like “Jolene” a lot and I always love “Coat of Many Colors.”

Dolly: I thought you loved “Jolene”!

James: My memory is so bad.

Dolly: From the very start of the soundtrack, one of the songs is called “Woman Up and Take It Like a Man.”  The first line is – sing it….

Dolly: Can I fix it … no I cain’t! Us here, we’re 35, 36, (both laugh) and especially at our age we need to have fun. And we’ve had a good time. In general though…when you have a whole audience singing a song you wrote it’s the biggest thrill in the world and that’s how it is with “Jolene” and “9 to 5” – everyone just screams.

What advice can you give to parents to encourage children reading, since both of you have such amazing endeavors in children’s literacy?

James: It’s your damn job! You don’t let them track mud into living room and you don’t let them swear in church. It’s your job. If you love them make it happen. Give them books that they’re going to like. My thing is I have a kids’ imprint and when a kid reads these you want them to ask for another book, as opposed to “I don’t want to read.”

Dolly: I know when I was a kid I loved The Little Engine That Could because it created such a visual. It stuck in my head, and I didn’t realize it at the time, but it was such a confidence builder. So in my own mind, with anything I do, that comes back ringing in my head. I think I can I can I can! I say I’m the little engine that did. So you want your kids to have things that they can relate to or enjoy, or things they want to read.

Don’t miss these books for fans of James Patterson, and more about Run,Rose,Run in our binge-worthy audiobooks for March!