When it comes to love, crossing the boundaries of time matters very little. Time travel romance novels remind us of that very thing, as we witness characters who have fallen into the past or sprung forth into the future. No matter the case, true love shines through and conquers all. That said, check out these time travel romance reads that will have you falling in love with every generation. 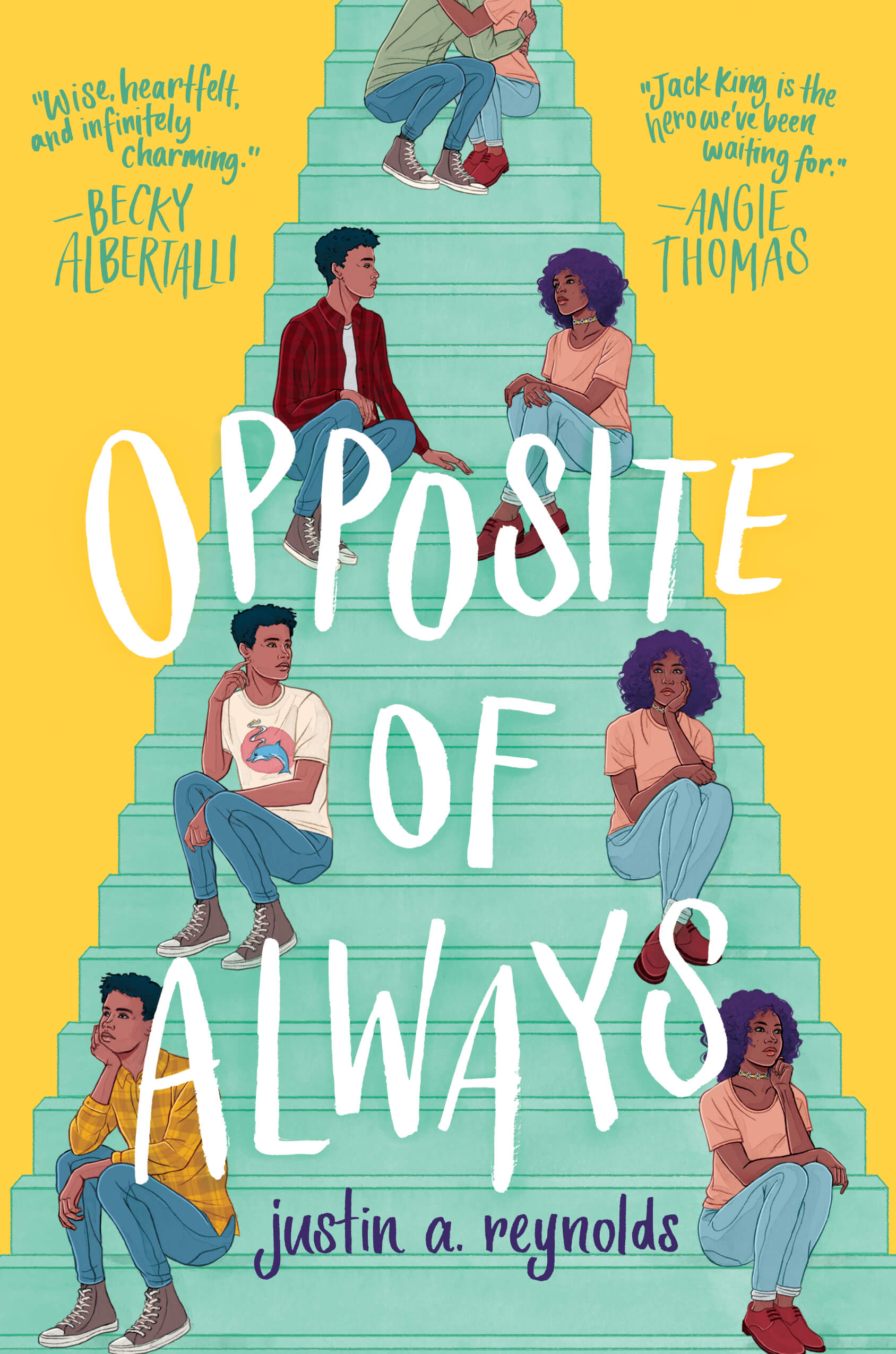 Opposite of Always by Justin A. Reynolds

Jack and Kate meet at a party, where they spend the entire time bonding over cereal and their favorite movies. Soon the two are in love, and Jack is over the moon—but then tragedy strikes, and Kate dies. Only instead of losing her, Jack is thrown back in time, back to the beginning where they first met, where Kate is whole and happy again. Is this a chance for Jack to save Kate, or will playing with fate and destiny cause Jack to put someone else’s life on the line? 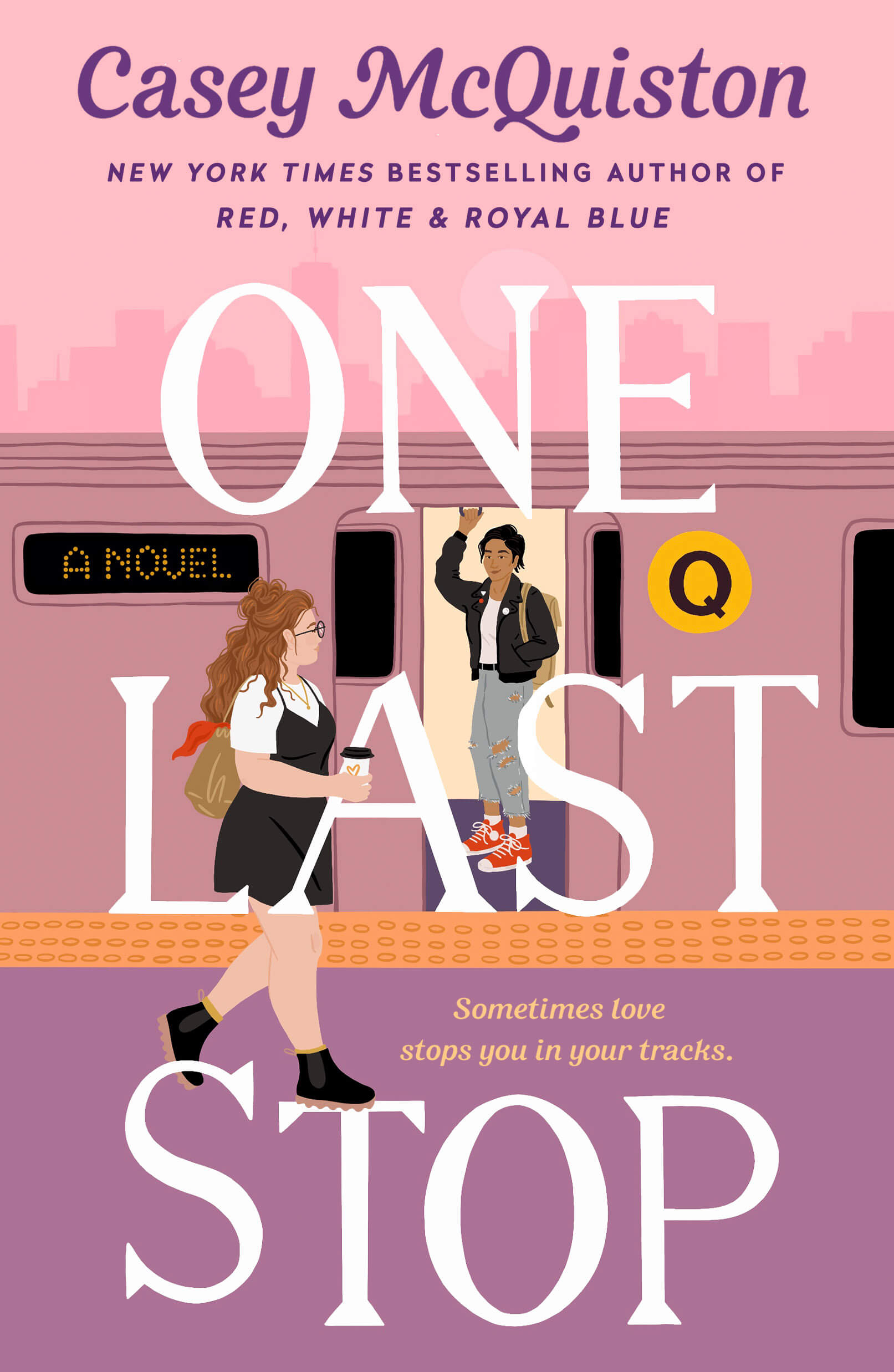 August doesn’t believe in magic and cinematic love stories. She’s a cynical twenty-three year old living in New York City, waiting tables at a 24-hour pancake diner and living with too many weird roommates. But then, one day on her subway commute, she meets Jane, a charming old-school punk rocker. Now August has a subway crush that has become the best part of her day. There is only one problem that August soon learns: Jane isn’t just a mysterious girl who dresses from a different era, she was uprooted from the 1970s. Now August will do everything she can to save the girl lost in time.

Here are the best books for Casey McQuiston fans>> 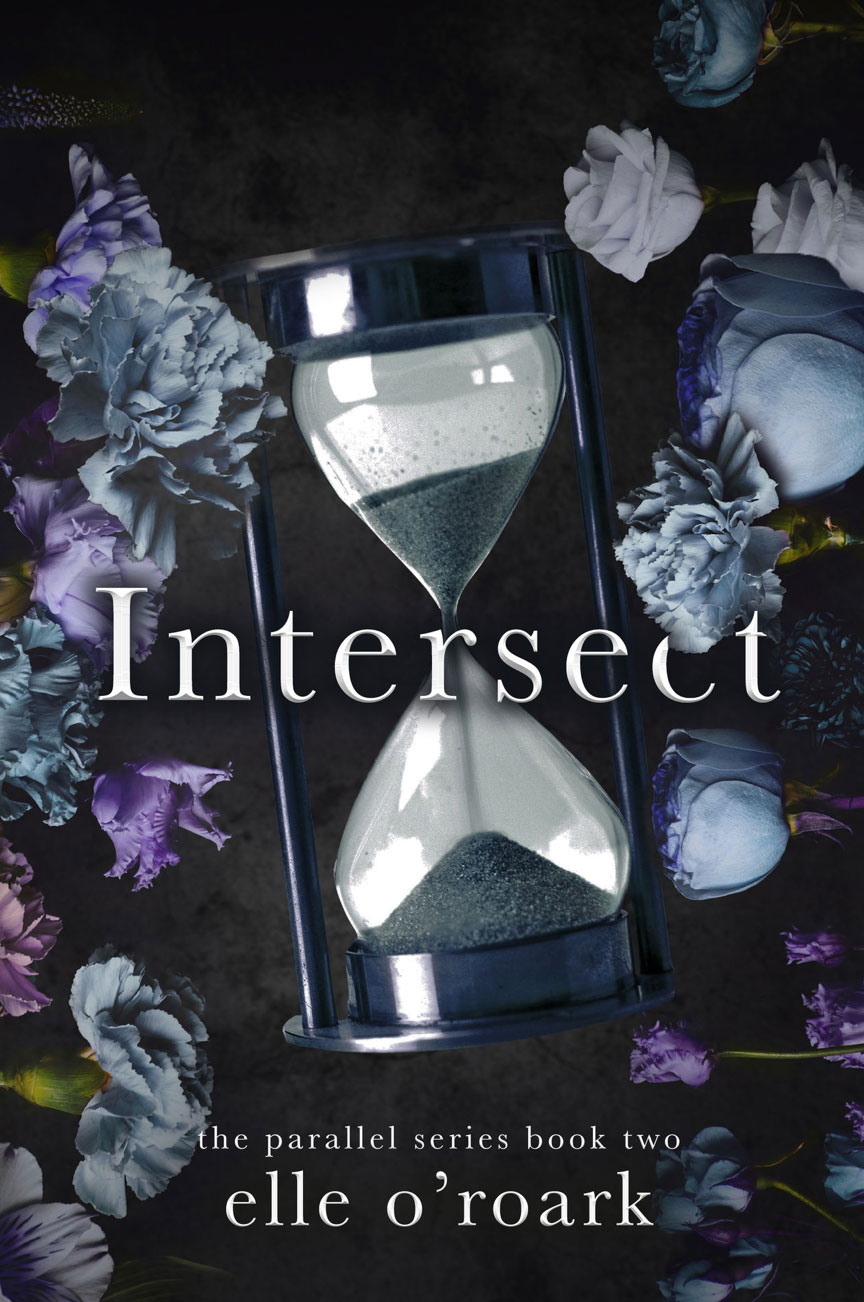 In this second installment of the parallel series, Nick and Quinn are working to piece together the truth about the life they once shared. At first, Nick feels like something is missing from his past, but he isn’t sure what until he meets Quinn for the first time—or so he thinks. Quinn has dreams and memories of a life she shared with Nick. But this time, in this new era, if she wants to prevent history from repeating itself, she’ll have to use her unusual gifts and come clean to Nick about everything. 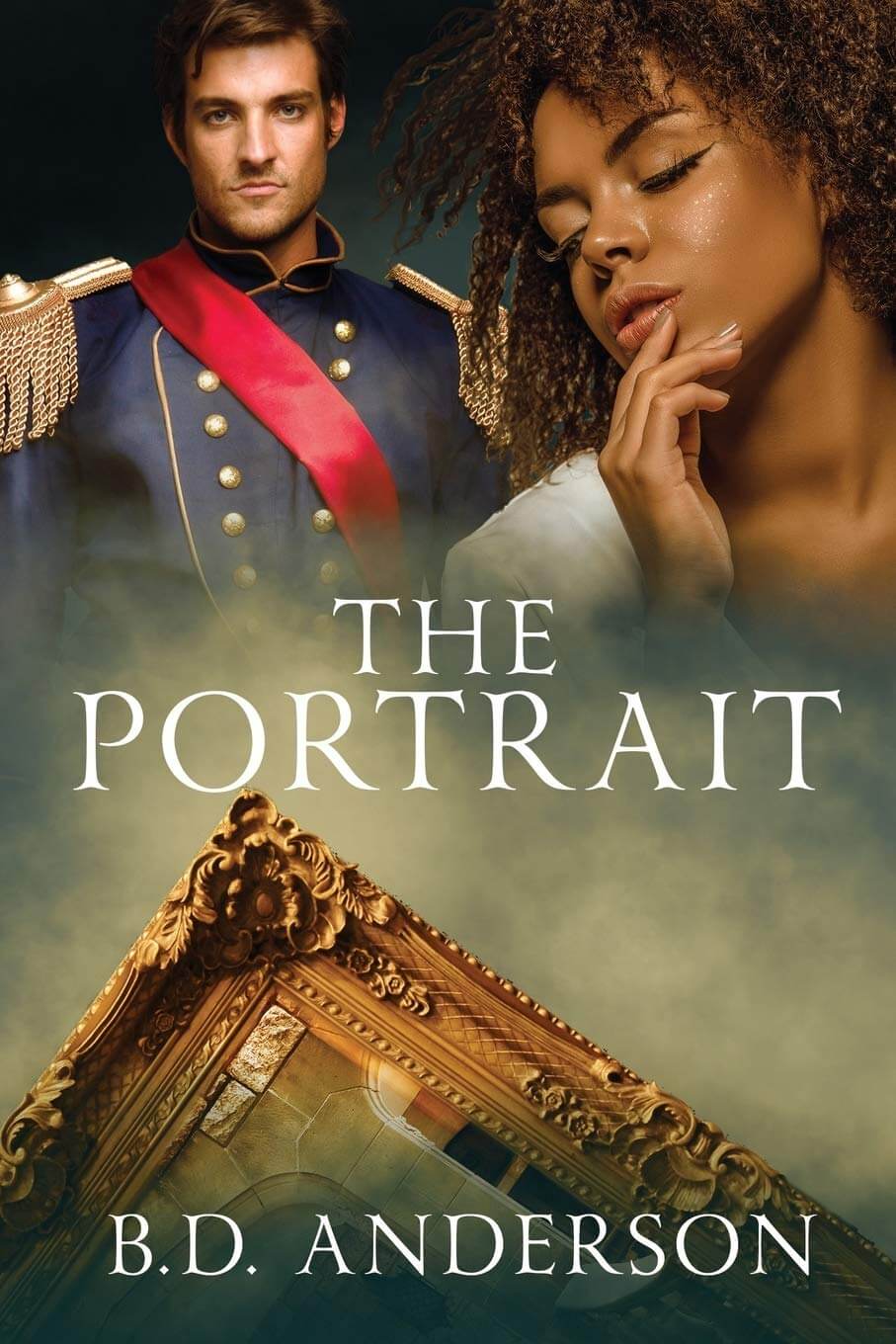 The Portrait by B.D. Anderson

Marleigh Winters thought she’d be bored at another yard sale her mother dragged her to. Yet she is thoroughly surprised when she discovers a portrait of a soldier, Winston Spencer, for sale. The painting seems like it’s almost alive, and when Marleigh takes it home, she realizes that the man inside is very much trapped in another era under a spell from a witch. Now that she is the owner of the painting, she can communicate with Winston who enlists her to help him break the spell. The attraction Marleigh feels for him is instant—but is Winston only using her to free himself, or could this love truly be real? 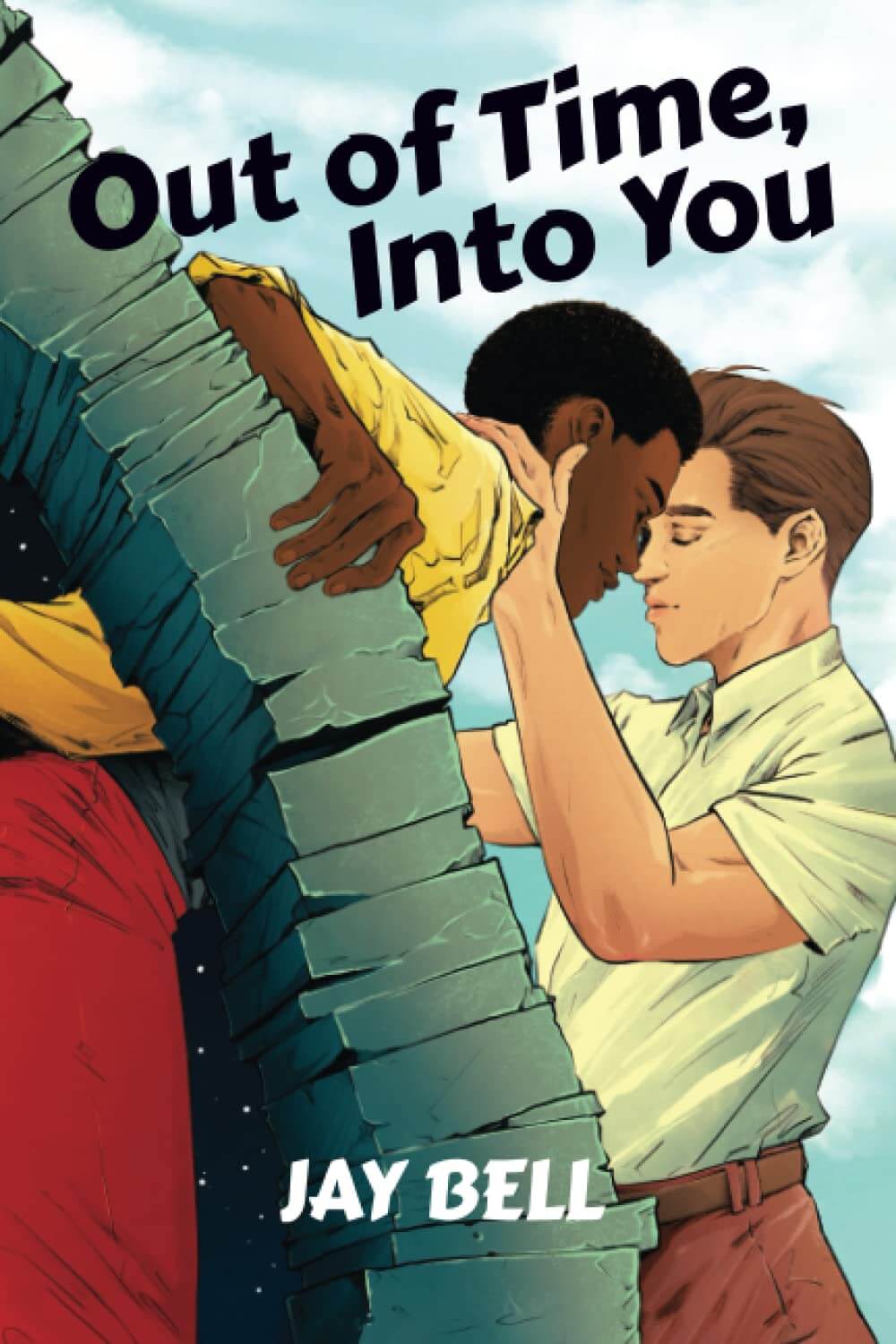 Out of Time, Into You by Jay Bell

Reggie Valentine just graduated high school. But instead of celebrating, he’s thrown into a freak accident where he lands in the 1950s. There he meets Daniel Parker, a man his grandmother used to date. Daniel is secretly gay, but he’s in an era that wouldn’t allow him to date or marry another man. When Reggie and Daniel fall in love, Reggie soon forgets any plans he has of leaving this generation. But can their relationship handle the constant secrecy and the intensity of an era that despises them? 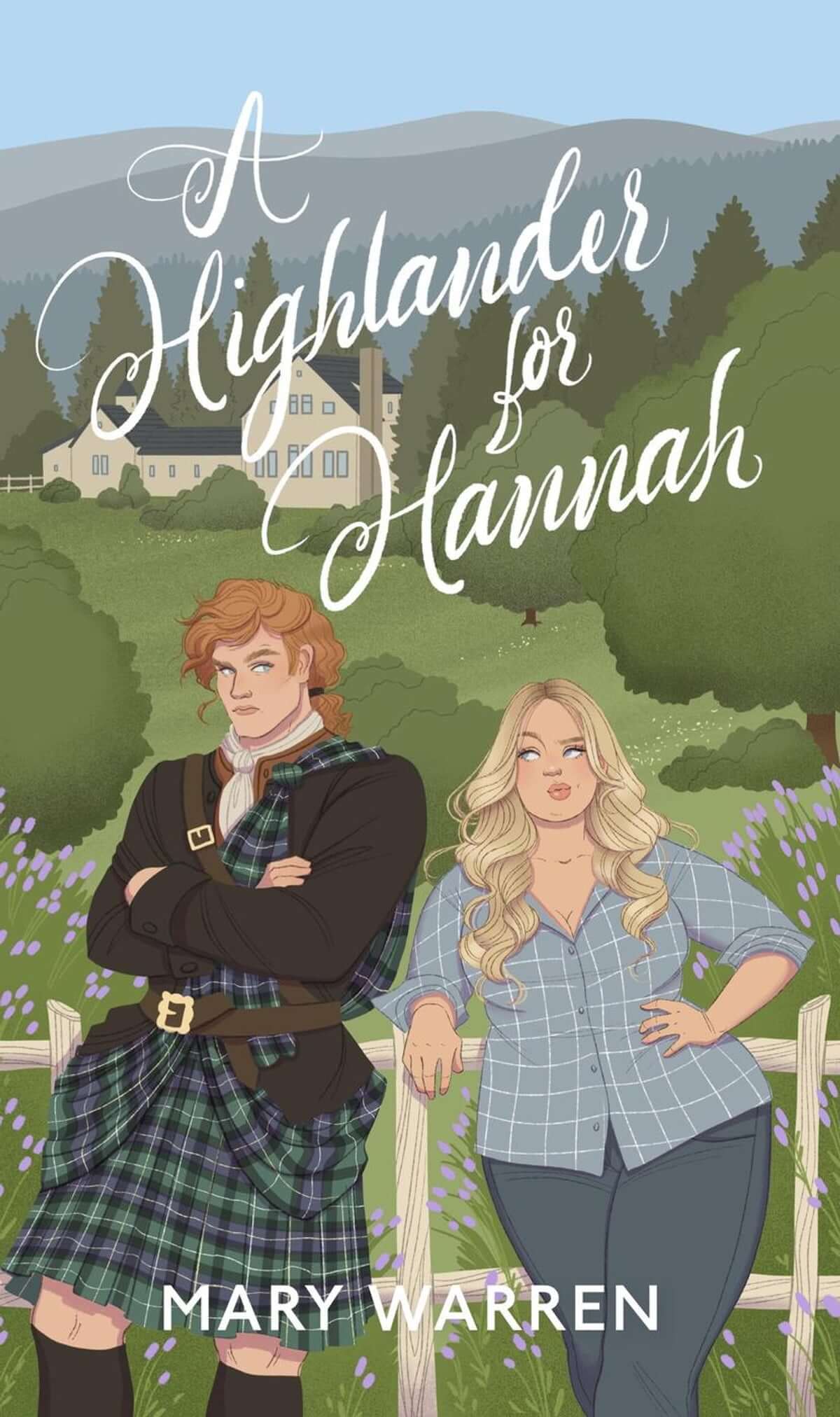 A Highlander for Hannah by Mary Warren

Hannah Glenn wants something different from her life. Breaking up with her boyfriend and moving into her family’s farm seems to do the trick. Listening to her best friend, Hannah finds herself buying a love potion and casting a spell in the middle of the night. When she wakes the next morning, to her surprise, an undeniably handsome Scotsman from 1745 has landed in her barn. Graham MacNeil fell asleep in his uncle’s stable and woke up two hundred years later in a strange land. At first the two are shocked beyond belief, but as time passes and they await their only chance to reverse the spell, their attraction grows until neither is sure they want the spring equinox to come. 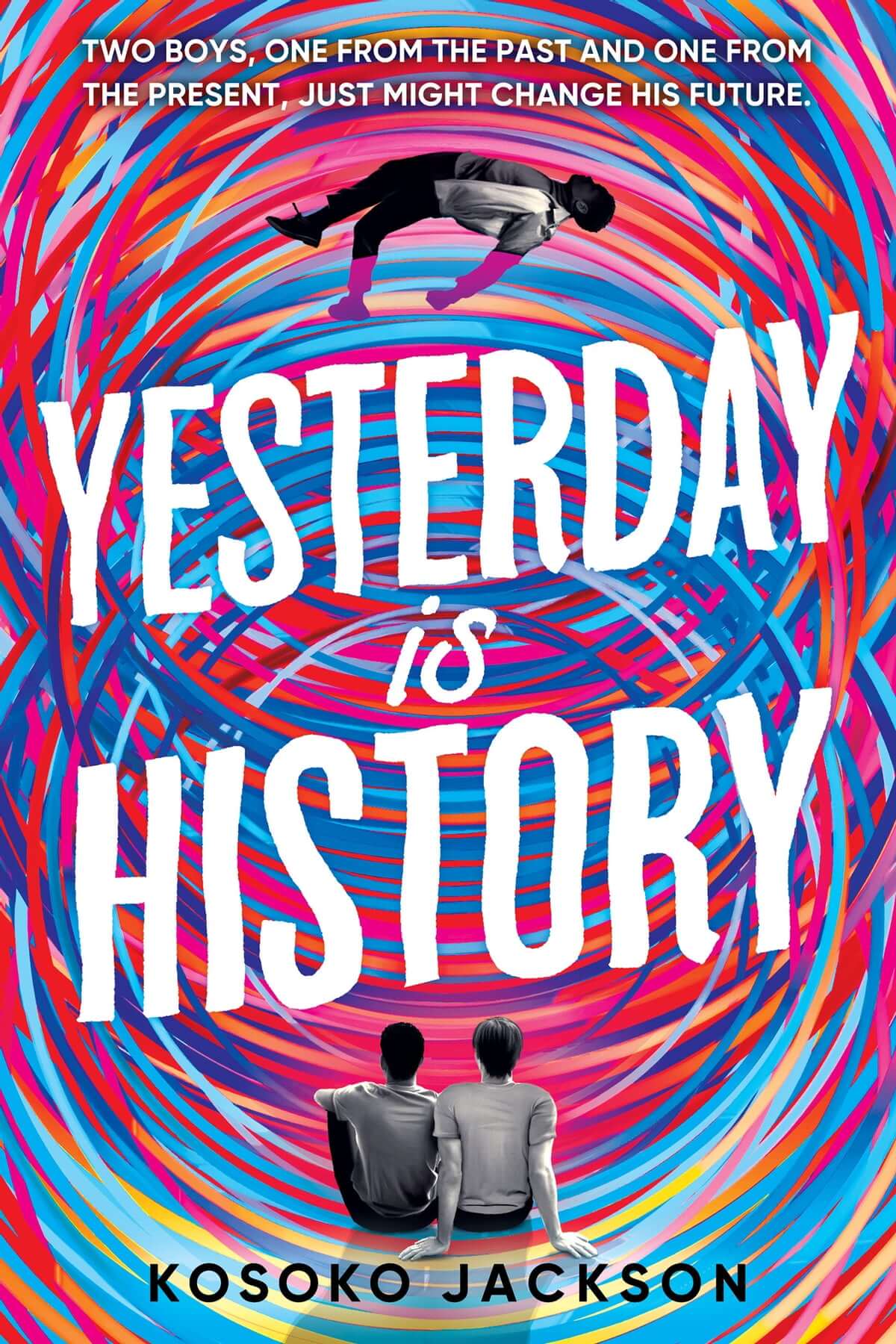 Yesterday Is History by Kosoko Jackson

Andre Cobb thought his new liver transplant would be the start of his life. Instead, when he wakes up, he finds himself in 1969. Once he gains his bearings, he meets the charming and magnetic Michael. Only just as soon as he gets to know him, Andre slips back into the future, present-day Boston. There the family of his new liver explains the side effects of the transplant: time travel. Now Andre has to learn how to use these gifts from Blake, his donor’s brother, while slipping back into the past where Michael is. When he begins to fall for them both, Andre must soon determine if the love he wants is in the future or the past. 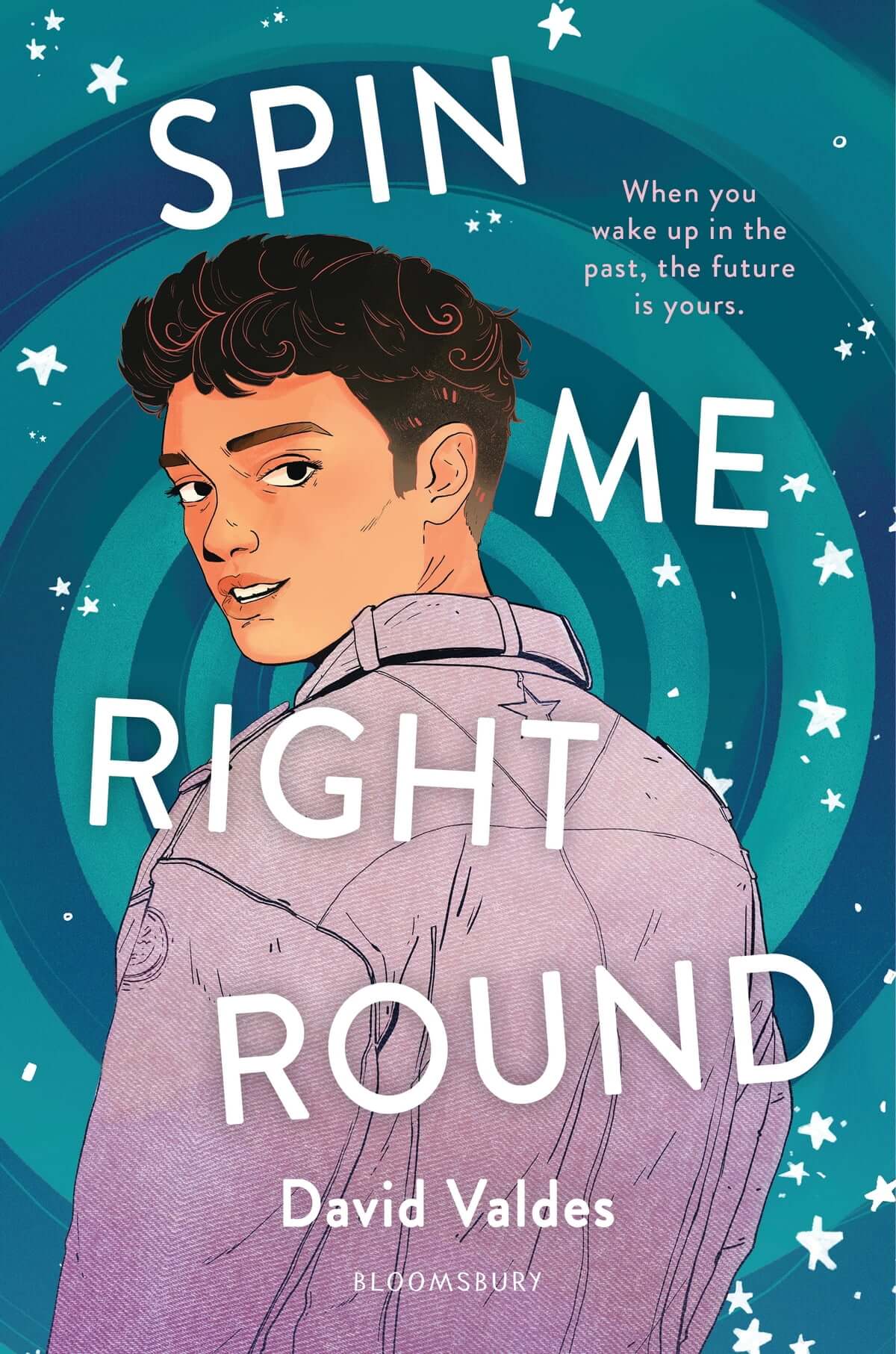 Spin Me Right Round by David Valdes

Luis Gonzalez just wants to spend his prom with his boyfriend. Yet his high school is still too progressive in thinking after an incident in the 80s with one Chaz Wilson. When a hit to the head knocks Luis back to that exact moment in 1985, he gets to meet Chaz and change history by giving Chaz his first kiss. But it turns out their conservative school isn’t the safest place for either boy, especially when Luis’s estranged and homophobic father rules the campus. Will Luis make it back to his era, or will his actions only make things worse? 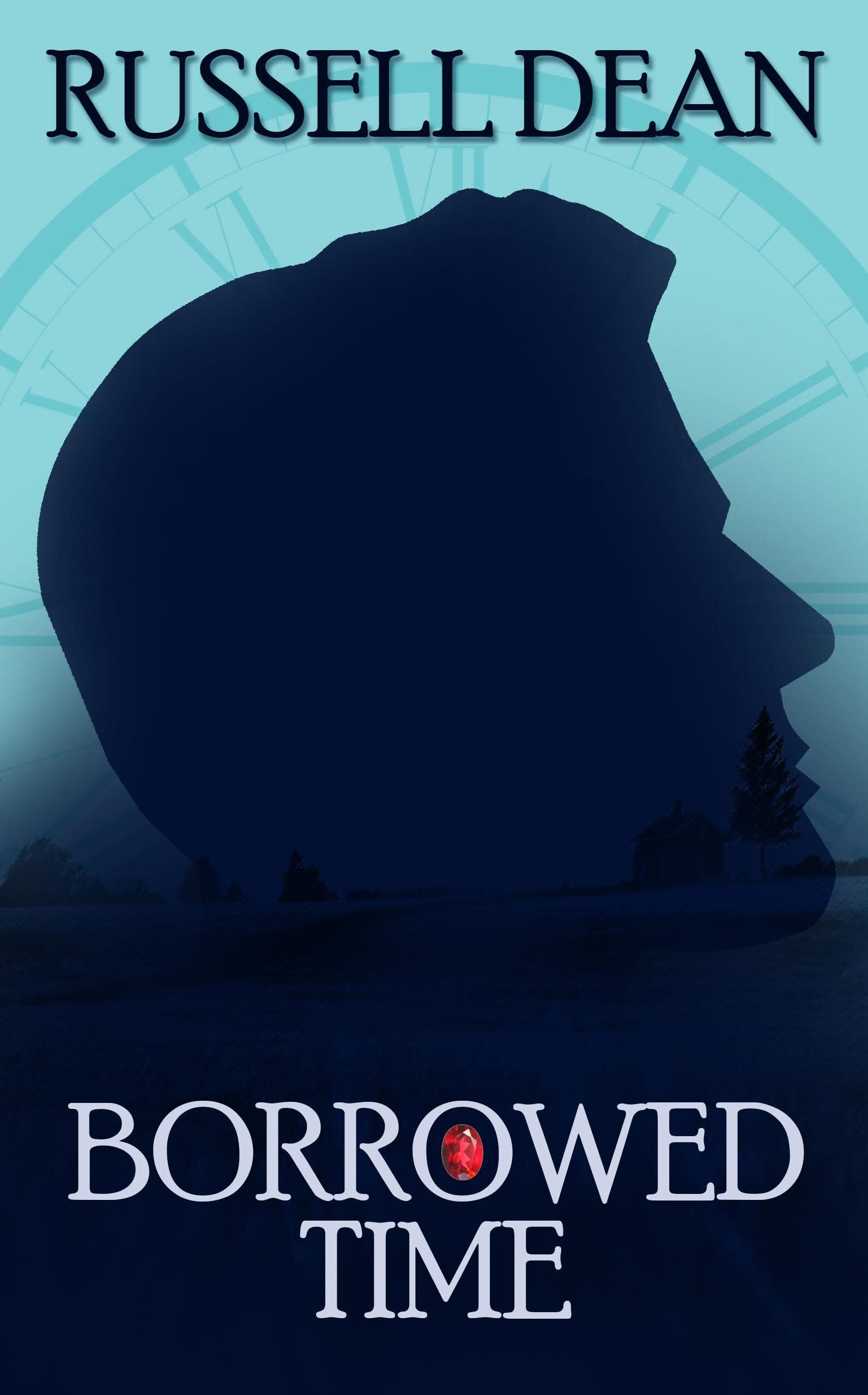 Tom Jacob thinks life in England is too mundane. His job is boring, and his love life is nonexistent. Convinced to spend the night partying, Tom agrees, but when he wakes up in Wales in 1889, a century in the past, he regrets listening to his twin brother. Now stuck in Cwm Newydd, a small village near Aberystwyth, Tom must overcome a few things like the language barrier and the suspicion of the town’s people. As he tries to figure out a way to get home, Tom begins to form bonds with a few residents, including a young boy who becomes more than he expected. 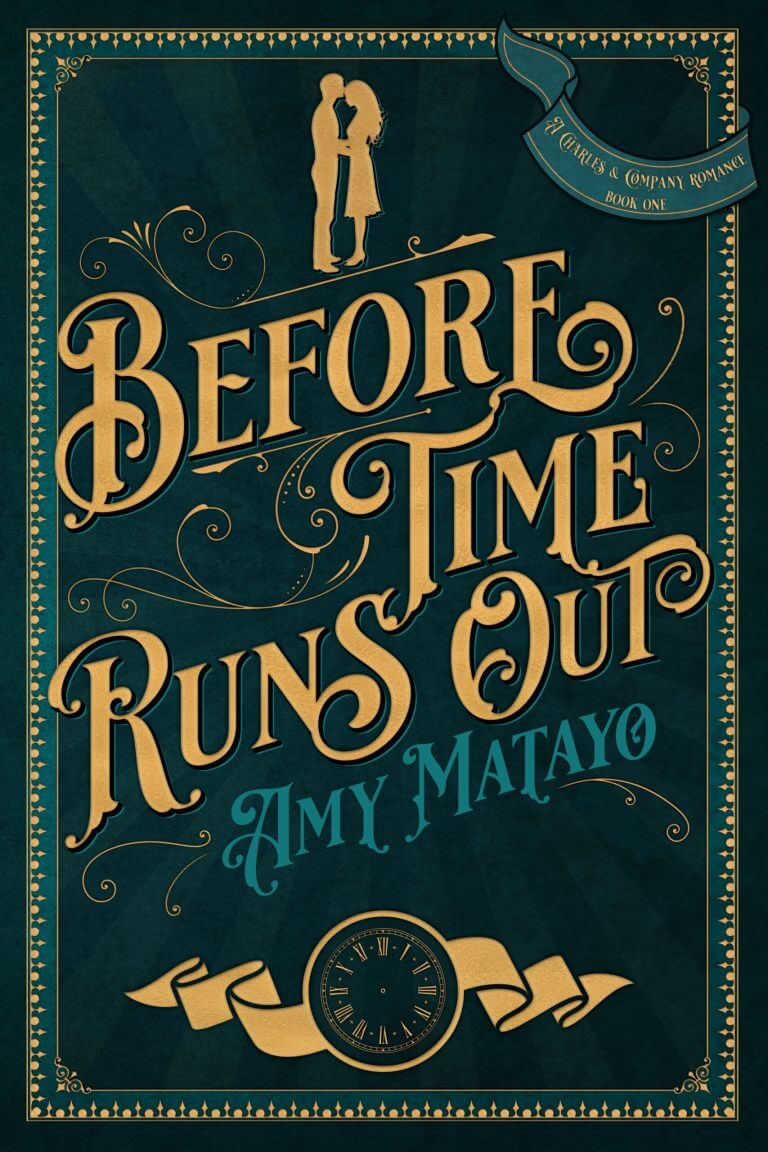 Before Time Runs Out by Amy Matayo

Bree Sanders is failing the last graduate class that she needs to graduate. To ace her dissertation, she creates a Ghost Club similar to the one Charles Dickens made centuries ago. When she finds the original copy of Dickens’ work and gets instantly transported into his actual ghost club in 1870 England, everything she knows changes. Women wearing jeans and t-shirts are forbidden, so she’s forced to hide—but soon she finds Theodore Keyes, who was also transported to this era from Dickens’ old book three months ago. Together they agree to search for the book that will take them home. Yet as their attraction for each other grows, they’ll have to decide to stay in England where their love is blooming or leave and never see each other again. 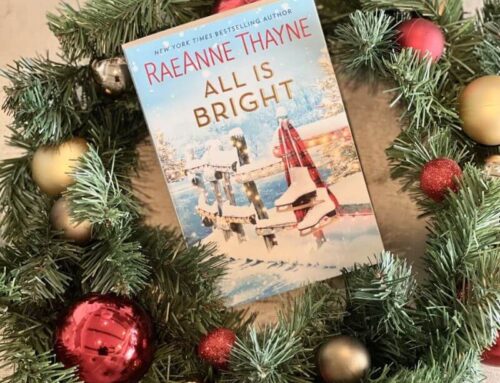